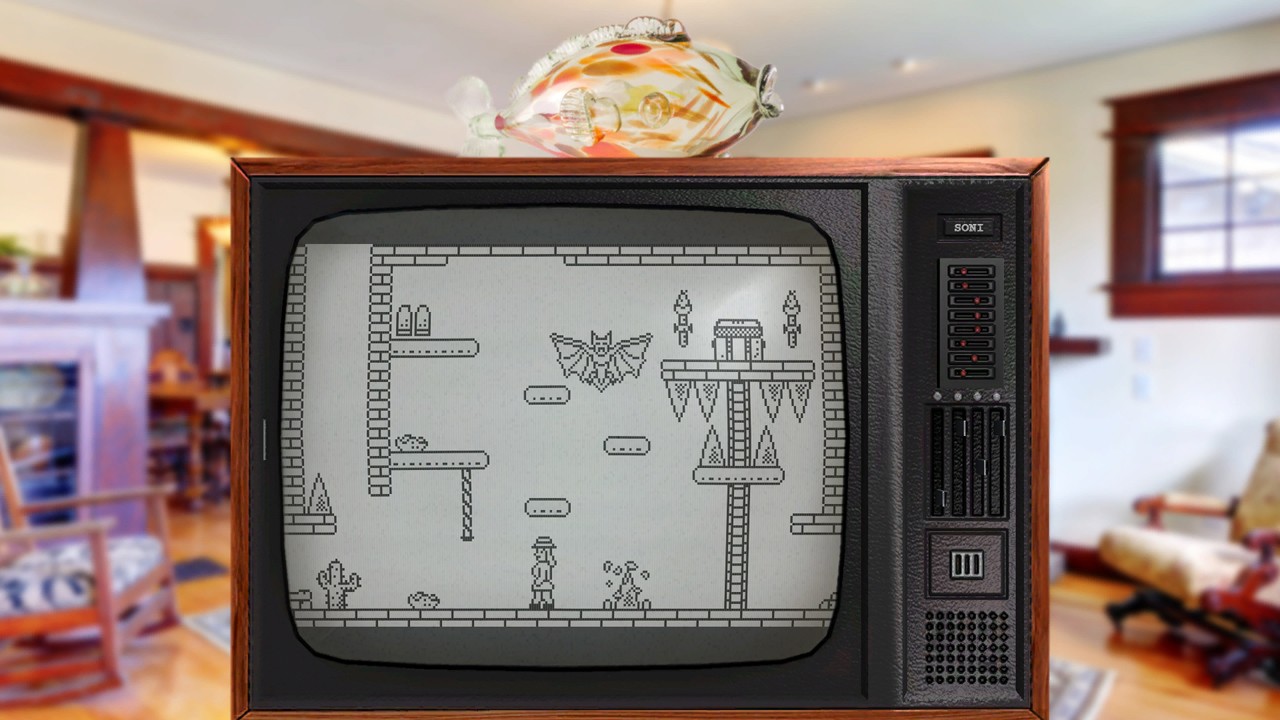 The Adventures of Elena Temple was such a hidden joy to discover that I positively gushed about it when I reviewed the original version many moons ago. Created by a one man gaming studio, Elena Temple did an amazing job of capturing various facets of retro lifestyle, both in the controls and objectives, the art styling, the interchangeable game filters and the hilarious tongue-in-cheek “history” of gaming consoles that never existed. For the price and the time, it truly was (and still is) a steal to grab if you have any interest in pastice retro games without referencing something in particular. There must have been enough success in the game to encourage GrimTalin to take another swing at things, because we have here the pseudo sequel to the original game, adding in a whole bunch of bells and whistles while still maintaining the core ideology. Welcome to The Adventures of Elena Temple: The Definitive Edition.

Right up top, I want to say that GrimTalin is a class act for how they are handling this updated version. There’s clearly too much material added in to simply give it away for free: a single person working this hard to craft more stuff deserves to be rewarded for their efforts. However, rather than make the new entry something totally double-dipping for previous owners, anyone who dropped on the first Elena Temple will be able to pick up the Definitive Edition for a mere 99 cents, or less than a bottle of Coke from the convenience store. It’s more honest than a DLC pack, gives clemency to longtime fans while still offering a proper outlet for newcomers to harness, and, best of all, doesn’t demand that you have two game icons on your Switch. Sure, if you’d like, you can go ahead and have both installed, but there’s very little reason to keep the first version of Elena Temple OTHER than I don’t really care for the Definitive Edition’s icon. The art styling is properly homemade and old school, but the first icon really captures the magic of what Elena Temple brings to the table. Seriously, that’s my only complaint. Everything else moving forward is pure, unabashed lauding.

Like the original, The Adventures of Elena Temple: Definitive Edition straps you back in the shoes of our daring heroine, on a quest to find treasure inside a temple filled with traps, tricks, spikes, monsters and a questionable about of ammunition just lying around. Elena must do her best to navigate the labyrinthian temples, discovering a whole mess of coins and collecting them to the best of her ability while also figuring out the proper way to move forward, as there will be several things that might be out of reach at first but could be more accessible later on. It’s certainly not metrovania, as the levels are static and you never get new abilities or equipment (officially), but it’s a great game to work out certain details that are lovingly captured in the concept of the game. Namely, memorization, split second timing, and trial and terror without accidentally hurling your Switch against the nearest brick wall because, dammit, I made that jump. 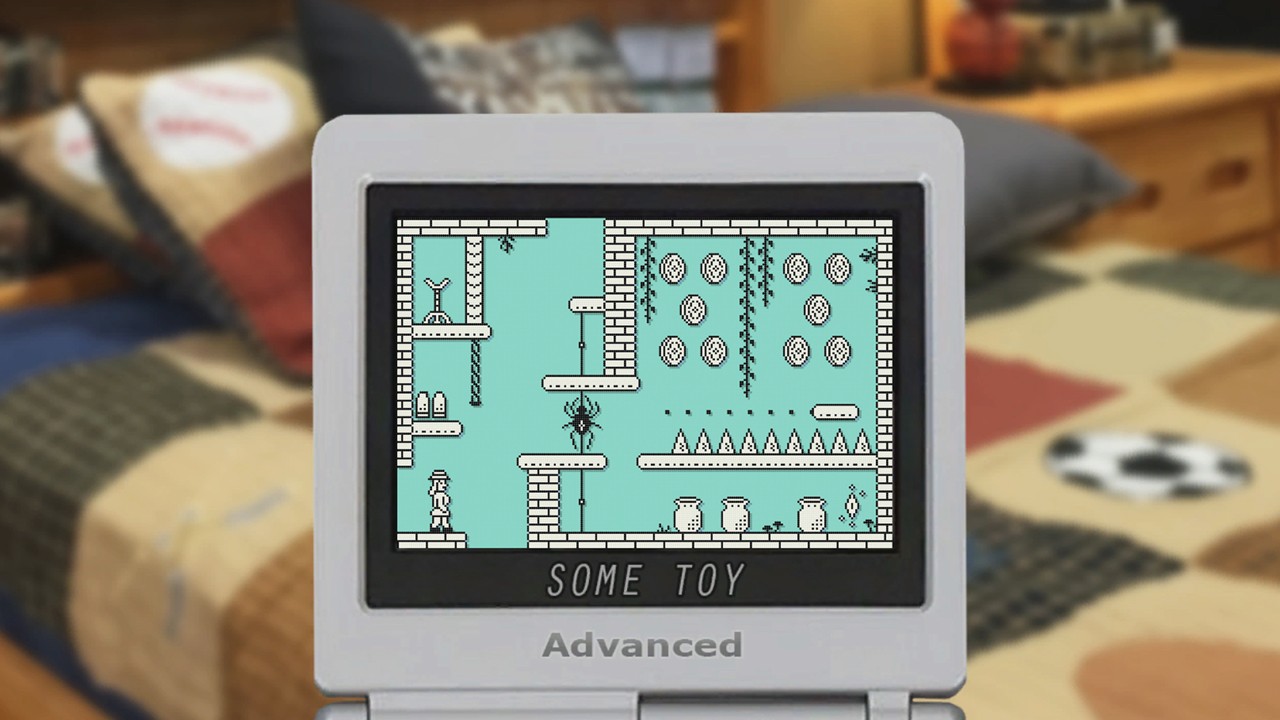 The biggest addition to the Definitive Edition are the brand new temples with different effects and stipulations. The original mode, Chalice of the Gods (as it’s now been rebranded) is still there, with some minor tweaks to the layout to make the game a bit more streamlined (and, in one instance, slightly more challenging), but a vast majority of players, especially newcomers, won’t be able to tell the different. It’s a perfect place to get your beak wet and understand what the target objectives are for Elena Temple: namely, get them coins, get that treasure, try not to die too much. The second temple, The Golden Spider, is more of the same but with some delightful twists added in in terms of new mechanics for traps. The platforms that appear and disappear as you jump are the biggest obstacle to overcome, and getting your timing down requires a brand new set of skills and patience in order to move forward. It’s certainly not impossible, and I really enjoyed the Golden Spider as it felt like a proper “sequel” to the Chalice of the Gods, capturing a further extension of what I had already seen and loved in the original.

The third temple, The Orb of Life, adds a slightly different rub to the game. Previously, Elena Temple could die and die again in each and every room, smacking herself futilely into the spikes in an attempt to get to where she needed to be, and would always bounce back. Orb of Life adds the caveat of a limited number of hearts, losing one every time she “dies” and potentially creating a sticky situation. Losing all five hearts means respawning at a “checkpoint” that exists in the form of a buried sword a la The Master Sword and needing to redo EVERYTHING you’ve accomplished since you were last there. You can, thankfully, find hearts to refill what you’ve lost along the way, but I tend to die way more than I tend to find refills, so I found myself getting banged back to the checkpoints a whole hell of a lot. The Orb of Life is, straight up, a more difficult and unforgiving version of Elena Temple, and it should not be the first foray for anyone trying out the game. Yes, the designs are great and I do love the way the game now keeps you accountable for your own health and safety, but it’s serious as a heart attack and needs to be treated with respect. Players who are ready to leave childhood behind and embrace a dark future can line up here.

Just the addition of the two temples would be incredible enough, but GrimTalin has also added a lot of technical and bonus stuff in The Adventures of Elena Temple: Definitive Edition. First and most amazingly, you can now change between the game systems on the fly. Previously, if you wanted to experience Elena Temple on the NS-BOS or the Some Toy handheld, you had to quit out, reload in the new system, and continue. Now, you simply hit L or R to cycle between the filters and change the game feel in the blink of an eye. This might seem trivial, but it was a ton of fun and slowed me down so that I could see how all the new material looked in the different styles as I was playing, and (naturally) it was all phenomenal. 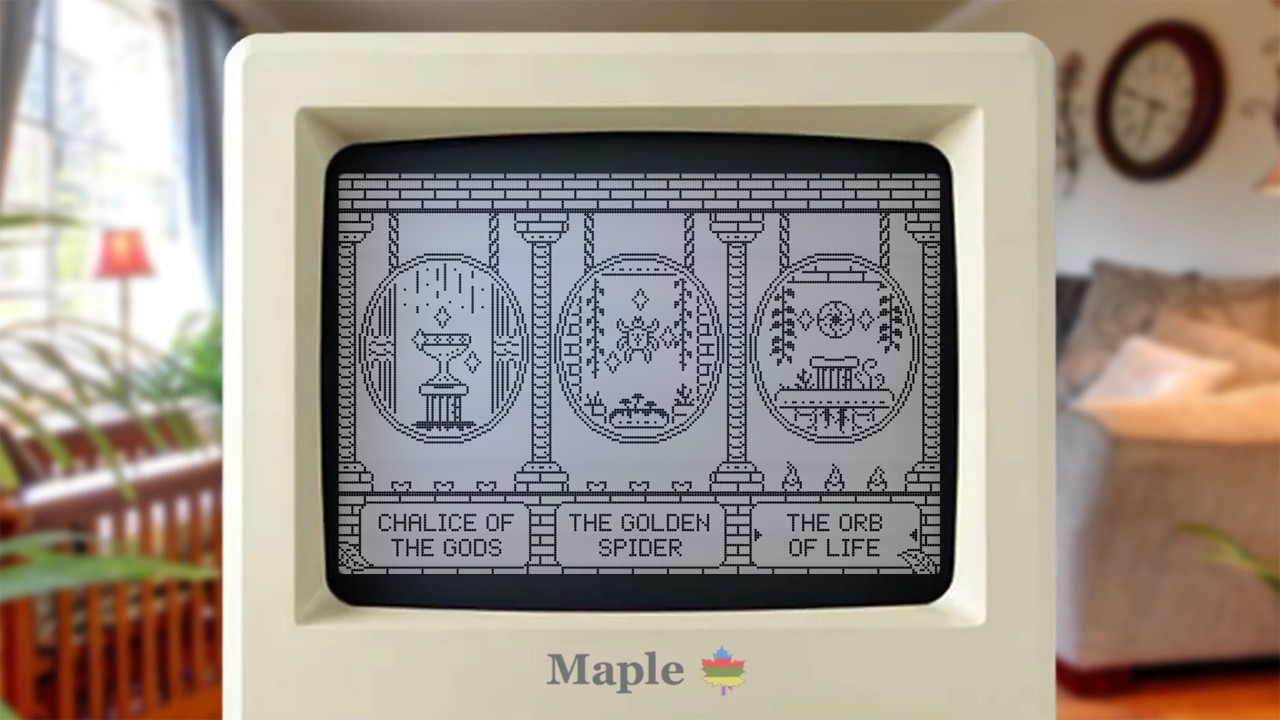 But aesthetics are only one part of it. There’s now the one-two punch of an achievement system and game modifiers, and the two work hand-in-hand with each other. Achievements are something that always draw in players (you need to be validated for your progress!) and having more than forty on hand for players to achieve across the three temples are enough to get my motor running. Also, as you unlock the different achievements, you can add in modifier to change your gameplay experience. Can’t be bothered to walk eight rooms around to get that one off coin? Double jump is your new friend! Hate to be asked to keep picking up the free ammunition to fill your two chambered gun again and again? Unlimited ammo mod to the rescue to turn you into a true blazing warrior! These modifiers are simple, funny and really don’t change what makes the game great at the center, but they are fun to see just how much you can mess around with your game and make life a tad easier. Oh, and you can take the difficulty of Orb of Life (limited lives and checkpoints) and insert those into the other temples “just for fun.” If fun involved smashing your hand with a hammer, but, you know, just as a good time.

I could go on and on about Elena Temple: Definitive Edition, but this should be a no-brainer for most indie fans out there. GrimTalin deserves your dollar if you want to add this on to your existing temple victory dance, and the regular price for new fans is negligible and well worth it in time payback. It’s a fantastic time in a earnest homage to yesteryear, and it’s a massive addition to what was already a surprisingly robust game. Simply wonderful.