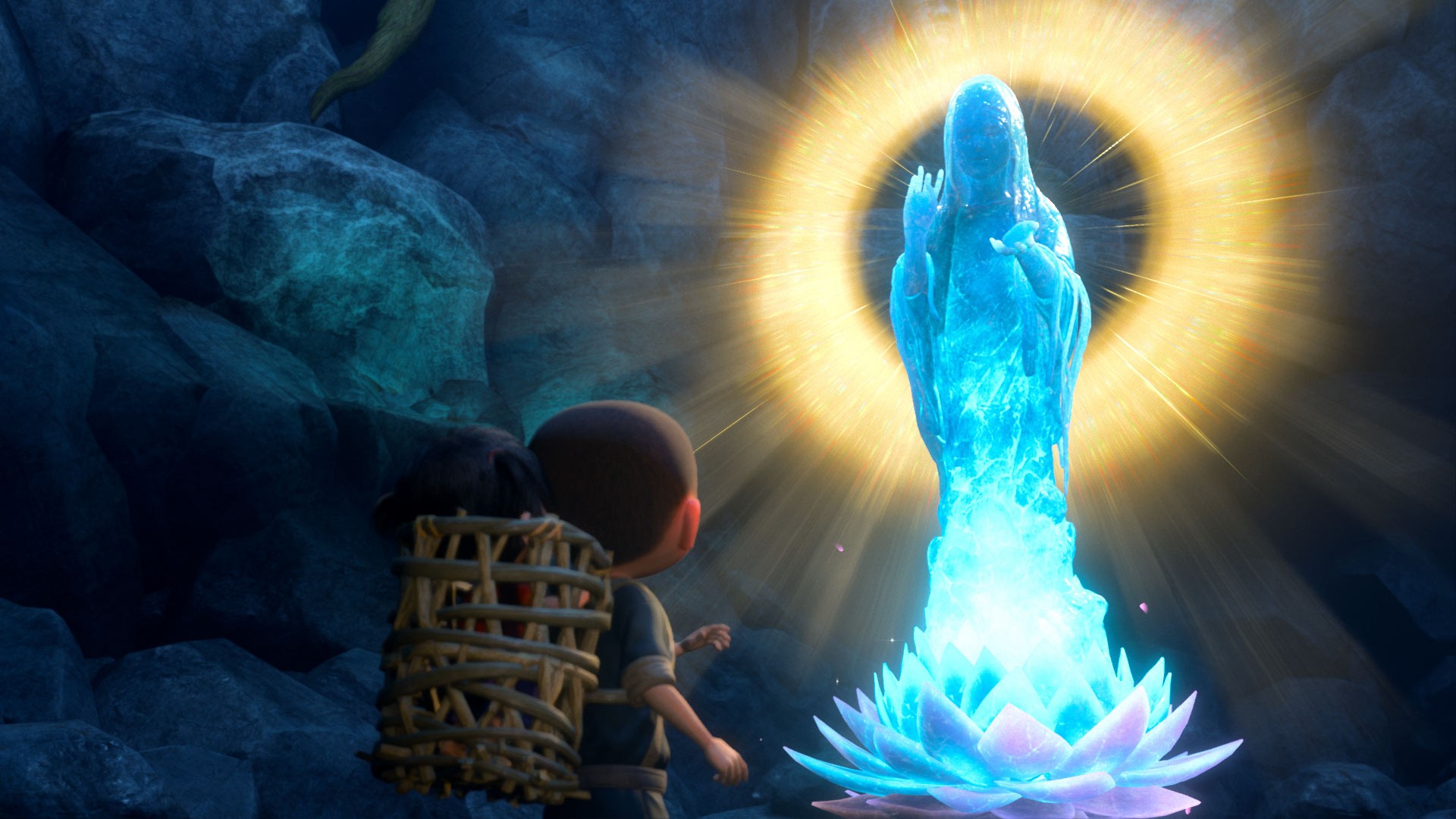 Developed by a concamerate of companies such as HexaDrive, Sony Entertainment and (and many more) and published by THQ: Nordic and OASIS GAMES Limited, Monkey King: Hero is Back, is an action title that infuses Chinese mythology with a ready to play adventure, but is this a case of too many cooks spoiling the broth or is it a triumph worthy of the Gods? Let’s find out.

The premise of the game is highly interesting and extremely creative. As the player, you take control of a Monkey God (bet you never would have worked that one out) named Dasheng, as he is awakened from a thousand years of sleep, by a young monk whom he must now protect. But as always, it is not that simple, for the world has now become infested with monsters, whom Dasheng must brawl in order to survive. Overall, the general lore and pre-existing material was highly engaging, the cut-scene at the beginning of the game had me interested and invested in Dasheng as a character; I wanted to know more about him, his powers and all the adventures he had, prior to being entrapped within a crystal by the other Gods. I know what you’re thinking, this sounds like The Last Airbender… and honestly I promise it is actually different, in many ways, so please don’t just regard this as a cheap imitation. My only nagging issue with the game’s narrative, is that everything that came before the actual game’s narrative sounded waaaayyy more interesting than the game. I would much rather have played a game, in which Dasheng is in his prime, defying the other Gods and trying to become more powerful, rather than (whilst still enjoyable) the slightly generic final product we got. 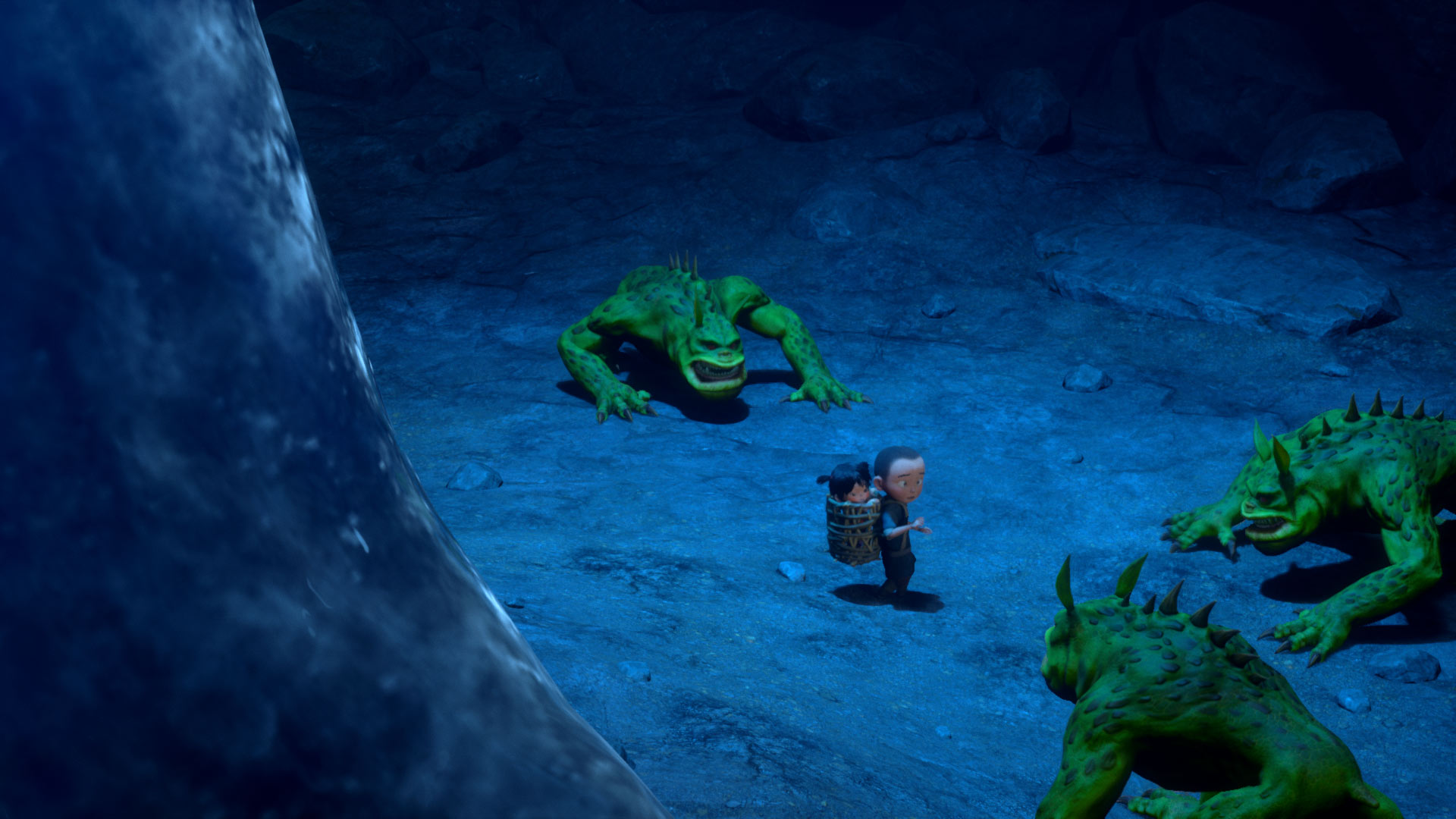 The game’s controls are simple, and I truly believe that anyone would be able to play this game. It is very much your standard, press X to jump, press Square to punch, so nothing too out there or difficult. I did however, find that there was the occasional lag, in terms of just being a little slower than expected. For example, I would go to hit a monster with a strong strike, and the game would take say, 2 seconds to register said attack. It was a minor inconvenience at the time, however, after seeing how many companies where involved in producing this game, I don’t know I just feel as if the quality of gameplay should have been a little higher. It was very dated, and not in a fun retro for style way, dated as in I feel like I am playing a very early PS2 kinda game.

Speaking of which, this game has another thing in common with PS2 games, loading screens, MY GOD! There are so many loading screens, again it just confuses me that this had the backing of so many major developers, and it wasn’t open world, or at least had larger areas to explore, because it felt like I spent at least half of my playtime waiting for something to load. It just really took me out of the game, and was possibly the biggest downside of all.

One indisputable fact, however, is that the game’s graphics are phenomenal. All of the character models are flawlessly designed, and there were times where I thought that this could genuinely be a concept piece for a high budgeted animated movie. Both Dasheng and the Children are standouts, so I truly commend the developers for creating such a beautiful game, that is one of the better animated-esque designs I have seen in recent memory. 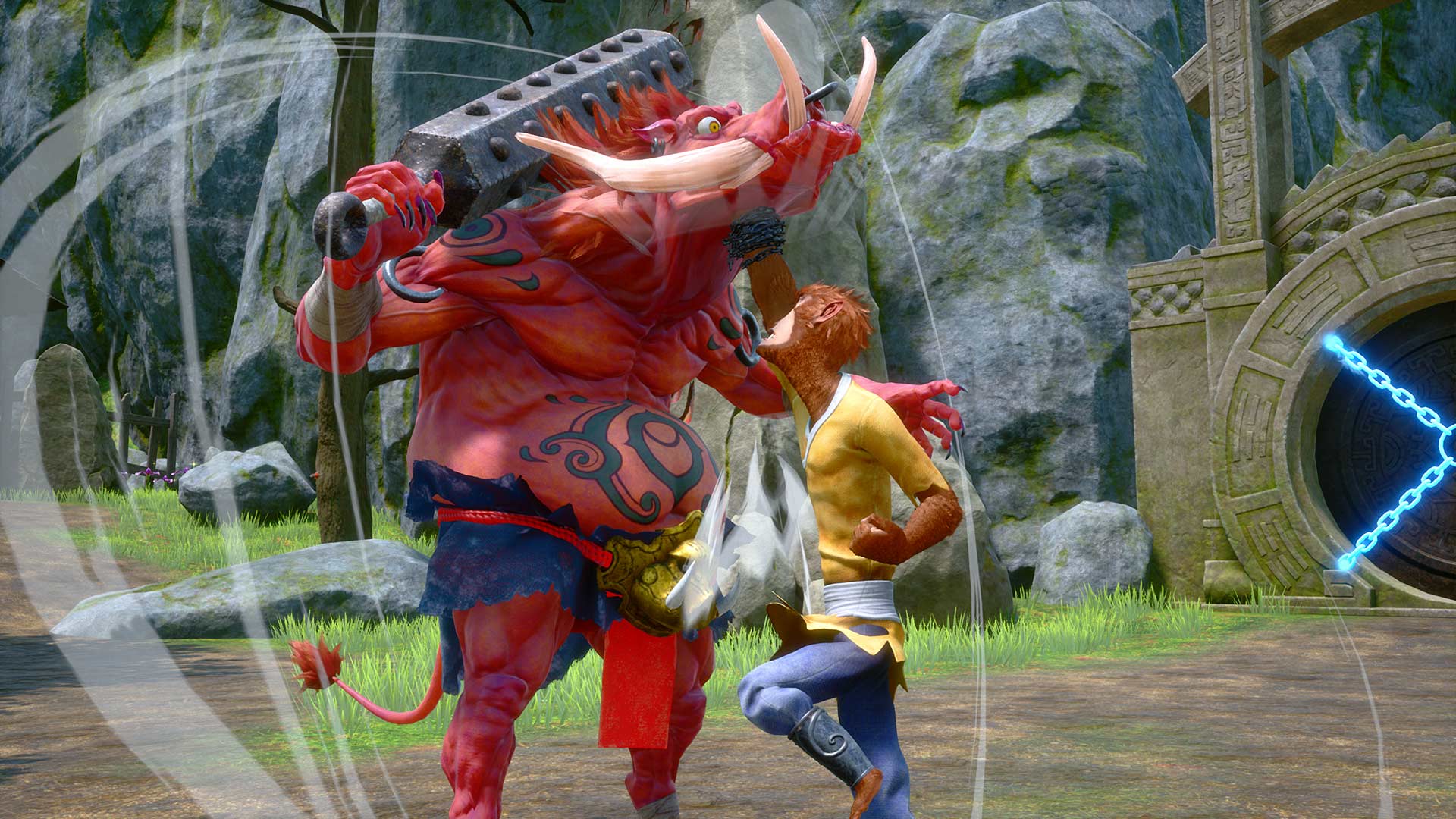 One nagging issue I had with the game, and upon further research I have found that many felt the same way, was the fact that the English dub was very much cringe-worthy at times; which can be said for many games that are translated, so this is in no way a jab at Monkey King alone, but more of a generalised consensus. The young Monk’s dialogue in particular had me just wishing he would be quiet, simply because it literally caused my body to physically cringe, every time he said something that was meant to ‘inspire’ or ‘empower’ Dasheng.

To conclude, Monkey King: Hero is Back is a game that had all the potential and promise to be great, however there are just a plethora of nagging issues that drag it down and stop it from becoming so. As I advanced further and further into the game, I found myself just becoming bored with gameplay that felt more like a chore. All of this, was extremely disappointing for me, because as I said at the beginning of this review, I was initially captured by a premise that was both engaging and intriguing, but the way in which the story advanced just didn’t work for me personally. Monkey King is currently £35.00 on the PS Store, and honestly, I would wait for a price drop, because I personally wouldn’t pay that much, but again, that’s just me.

Monkey King: Hero is Back Review

Monkey King: Hero is Back is a game that had all the potential and promise to be great, however there are just a plethora of nagging issues that drag it down and stop it from becoming so.