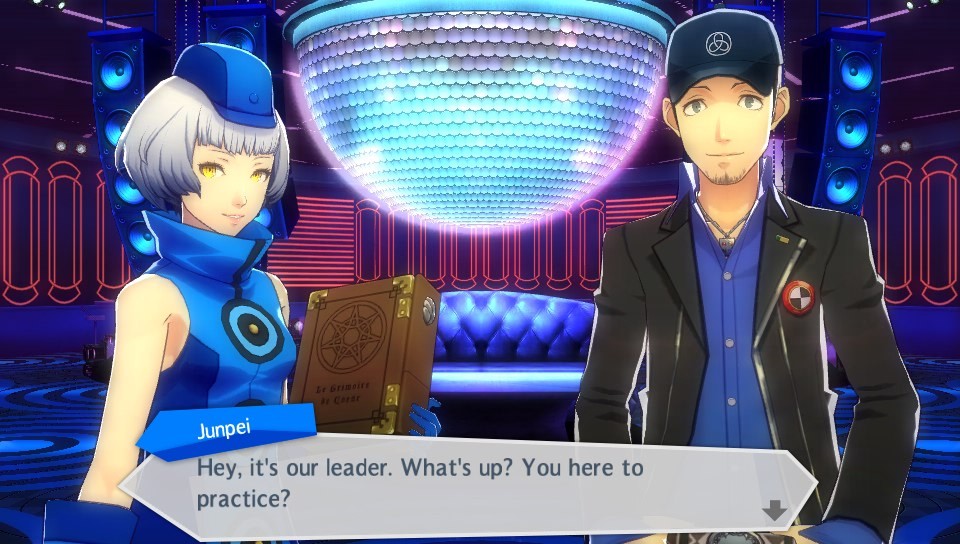 Despite the Persona series itself being a spin of the Shin Megami Tensei series, it has received quite a few spin offs of its own. Perhaps one of the strangest was Persona 4: Dancing All Night, a game that took the cast of Persona 4 and placed them in a new story wherein they had to fight off monsters via dance. It actually ended up being quite an addicting music game with a surprisingly deep story. I suppose fans besides myself wanted more and so Atlus released versions for the Persona 3 and Persona 5 cast. Functionally, Persona 3: Dancing in Moonlight  and  Persona 5: Dancing in Starlight are mostly identical in terms of gameplay and setup. It’s the characters and music selection that will inform your choice in regards to  which copy you’ll want to pick up (if not both). For the purposes of this review, however, I’ll be focusing on Dancing in Moonlight.

Dancing All Night, as mentioned, had a fairly in depth story that mirrored a lot of elements and themes from Persona 4. This is not the case for Dancing in Moonlight. Essentially, the Velvet Room (the place were you obtain personas in the main games) attendants of  Persona 3 and Persona 5 heard about what happened during the events of Dancing All Night and challenged each other to see whose team, the Persona 3 cast or the Persona 5 cast, were better dancers. That’s basically the entire set up. There isn’t a story mode option at all anymore, just the initial opening scenes and some additional scenes viewable after completing certain conditions in the “Dance!” section of the game. One interesting thing to note about the setup however, is that the game technically takes place either in the middle or after Persona 5, which means that Elizabeth, Persona 3’s Velvet Room attendant, essentially pulled the cast of 3 forward in time. To my knowledge, the Velvet Room’ attendants have never been shown to have such an ability before. Whether it was just a narrative device or will show up in future games remains to be seen.

While it’s a shame that there isn’t really a story this time around, it’s a bit of a mixed blessing because while Dancing All Night‘s story was quite well crafted, the way it was told, just via text and mostly static sprites, ended up making it a bit dull in parts. Dancing in Moonlight dodges this bullet by just having unlockable conversations between the cast. 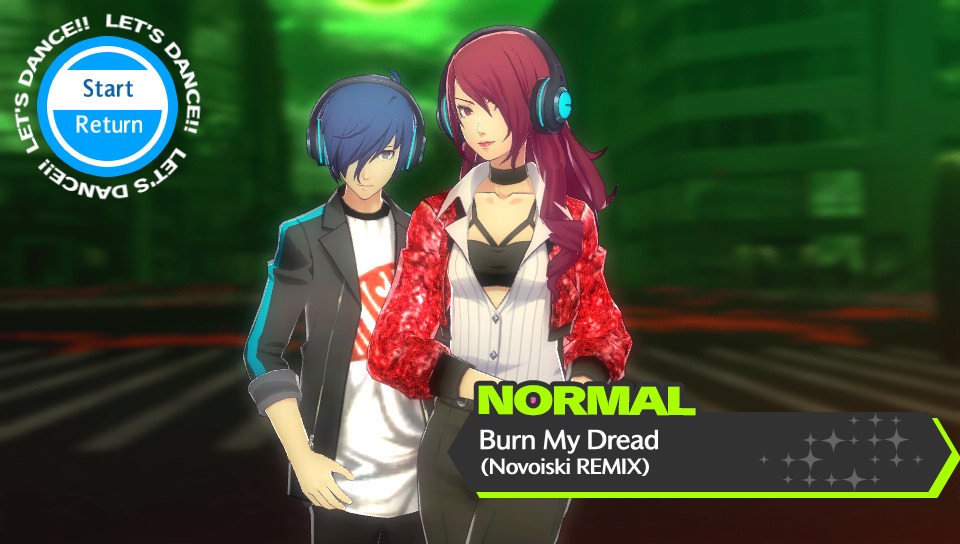 If you didn’t play or aren’t familiar with Dancing All Night, let me explore the core gameplay. Essentially, you choose a song and a difficulty, with each song having a specific member of the cast attached to it. From there you can customize your character’s costume and accessories as well as select one or two dance partners, all of which are unlockables. When the song begins, you’ll be presented with a circular border around the screen with 3 buttons on each side. Notes fly out from the center towards the edges of the circle and you must press the corresponding button when the note lines up with it. It’s a pretty simple system, though the game does throw in different types of notes such as ones you have to hold and release or ones that require two button presses at the same time. The game adds double notes that weren’t in Dancing All Night, per se, but they’re basically just two notes that you have to press right after one another, which Dancing All Night had, it just wasn’t as clearly labeled.

The game also has scratches, which are optional notes that are circles that enlarge from the center and when they reach the border, you flick one of the sticks (or you can set it to the shoulder buttons). If you successfully clear three of the fever scratches, a partner can join you during a certain section of the song and getting a “good” ranking on a note will not cause you to lose your combo as it normally would. If you’re playing on Vita you an use the touch screen for all of this, but it’s not quick enough or precise enough for the most part, so it’s essentially just a novelty.

Success on a song is determined by a meter in the top left. If it is green or rainbow by the end of the song, it is considered clear. Any lower and it will be considered failed. If it gets too low during the song, you’ll fail immediately.

Overall the system works well and is fairly easy to get the hang of, but can get quite fasted paced on harder difficulties. The one thing I will say though, is that for me, playing on Vita was a much better experience. I played Dancing in Starlight on PS4, and trying to keep your eyes on both sides of a television is more difficult than keeping your eyes on both sides of a Vita screen. 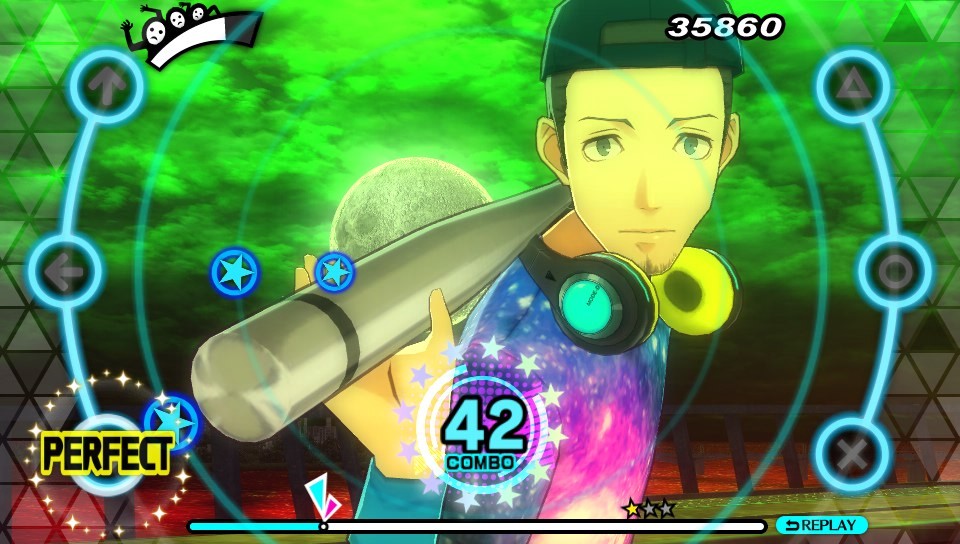 As for the song selection itself, it’s okay. If you are fan of Persona 3′s music then you will likely be pleased, but I personally found the variety to be a little lacking, especially in comparison to Dancing All Night. There are a lot of remixes of the same songs and some of the remixes don’t even sound remotely like the originals. None of them are bad though, but I definitely have some I vastly prefer over others. Additionally, Dancing All Night let you play as some characters that were not playable in Persona 4, whereas Dancing in Moonlight does not really. Barring DLC, there’s one extra character.

Overall, Dancing in Moonlight is a smaller package than Dancing All Night,  but it’s still a very enjoyable time sink if you like these characters or the music from their original game.

While not as robust as Persona 4: Dancing All Night, Dancing in Moonlight has enough charm to be worth playing.