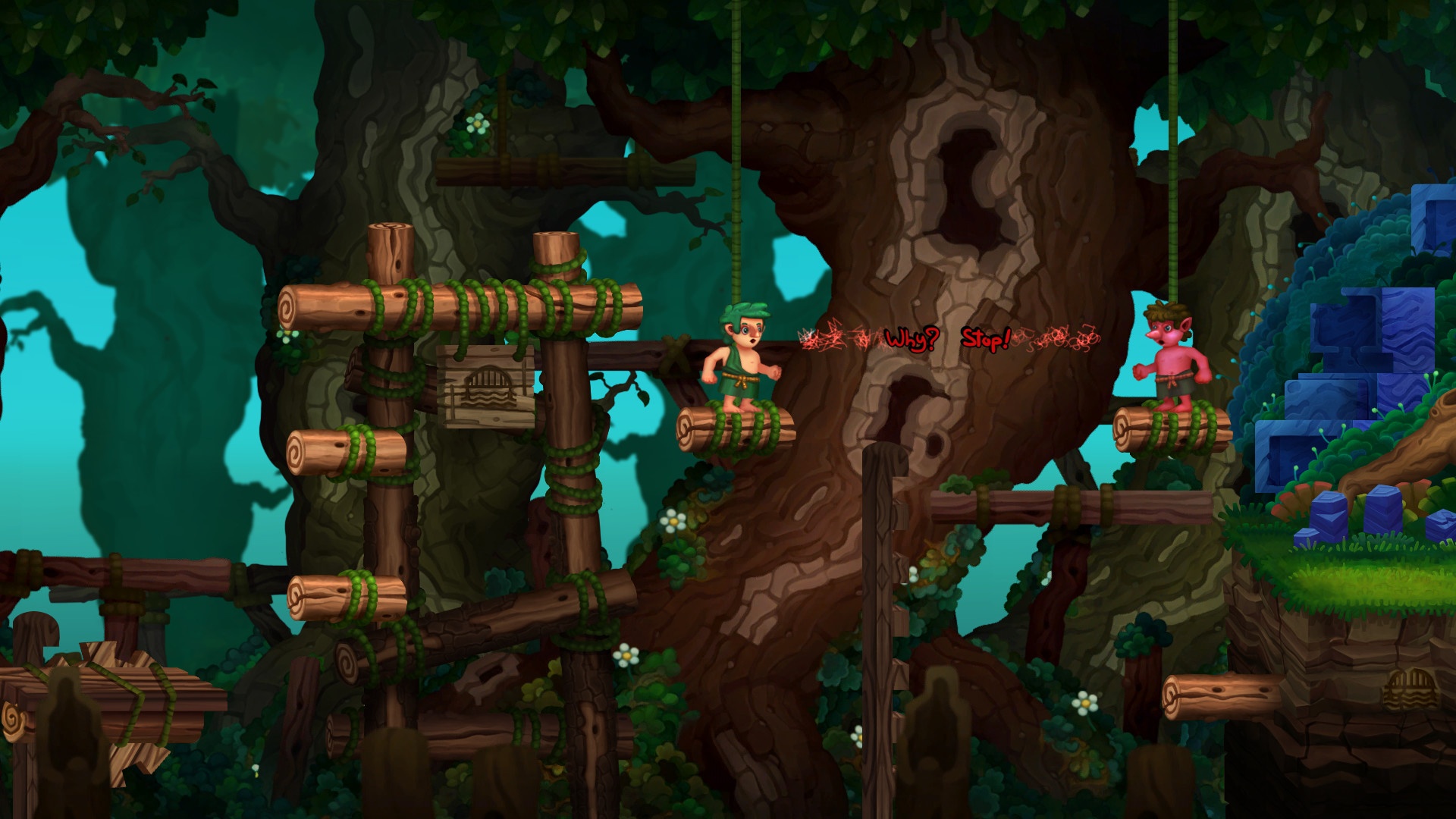 If you were to intermix a mystical forest with challenging brainteasers, the end result would be The Path of Motus. Created and developed by the two-man team of Michael Hicks and Gonçalo Antunes, The Path of Motus is a 2D platforming game, which follows the life of a young goblin who attempts to escape the forest he calls home.

The first thing that really struck me whilst playing the game was an overwhelming sense of nostalgia, which may sound strange, given that the game is in fact a new and original story. However, I couldn’t help but feel that The Path of Motus is something that a younger version of myself would obsess over, during the days of the PlayStation 1. Perhaps it was the pixelated graphic style or the fact we all seemingly associate platforming with the older consoles. Whatever the case, I felt a connection with this game and took an instant liking to it.

The story is very simplistic, however Hicks tells it in such a way that doesn’t beat an already dead horse. You play as Motus through three stages of his life, Childhood, Adolescence and Adulthood, and whilst his physical appearance alters throughout all three stages, his goal to leave the forest remains the same. Motus also encounters bullies throughout every stage of his life, all of whom use words as violence in order to put him down (literally they attack you by shooting words). You may choose to fight back using words of your own, or take the moral high ground and let the naysayers be, continuing on in pursuit of your final goal. One thing I did find interesting was how the bullies’ words change as you grow older, childish teasing turns to questioning your life choices and encouraging you to put your dreams to rest, in order to conform to society. 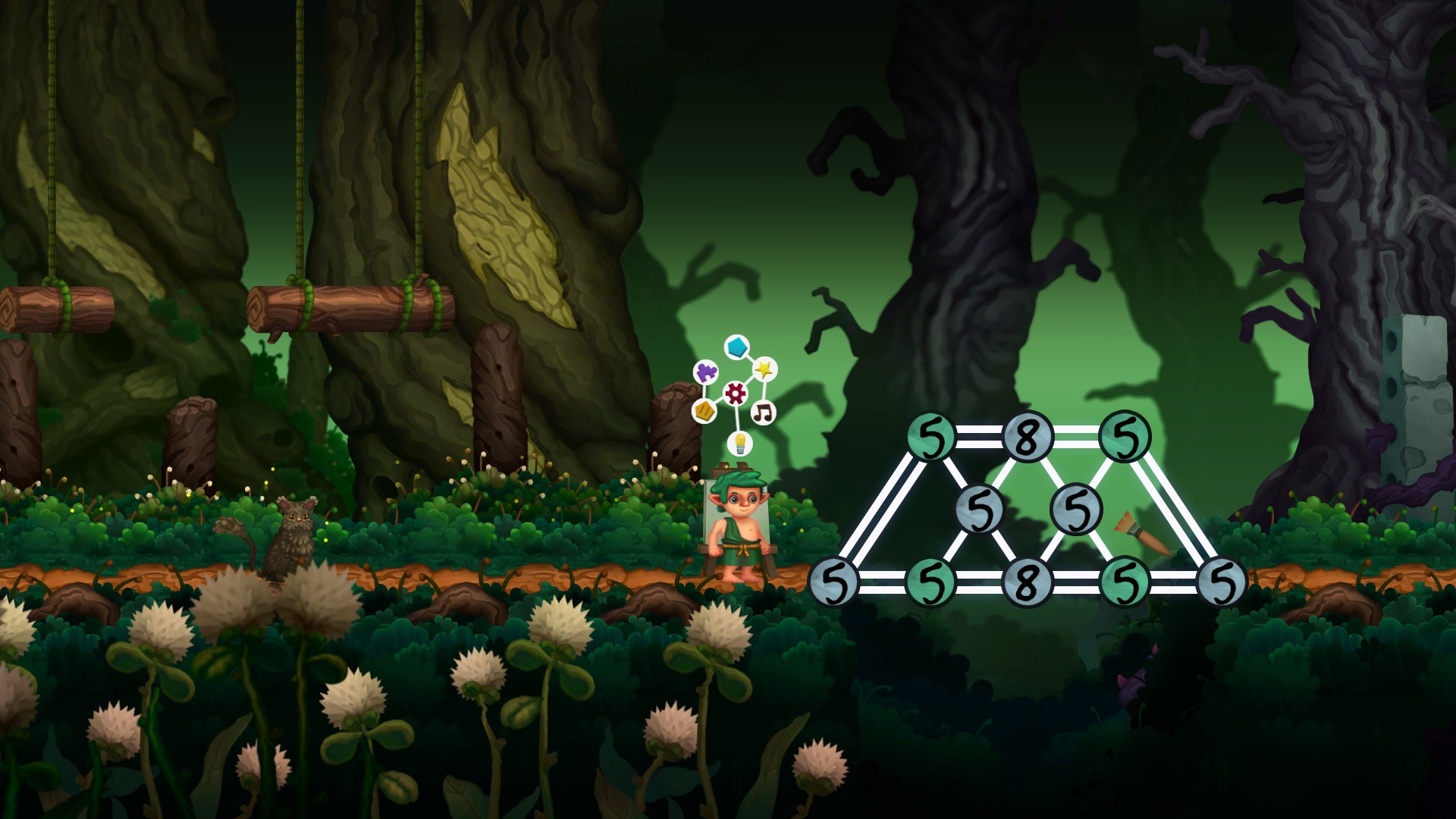 Whilst enjoyably challenging, at times I found the game’s brainteasers to be infuriatingly difficult. The puzzles usually revolve around Motus’ ability to design bridges, and when encountering one of these tasks the player must connect a series of dots, which all feature a specific number. The only way to create the bridge is to ensure that each dot’s designated number corresponds with the amount of connections. I am making it sound far more confusing than it actually is, so to simplify it is a game of dot to dot featuring maths. Nevertheless I was never one for the subject, and thus my frustration spilled out… multiple times.

Another enjoyable and unique aspect of the game was its soundtrack. Composed by Hicks, whispery folk music is perfectly partnered with the forest setting, and adds another beautiful yet surreal layer to Motus’ world. Why is it surreal you ask? Well as you work your way through the brainteasers, should you make any mistakes, whispering voices will interrupt the song, in order to tell you to ‘Give up and go back’. Not only does this add to the forests’ mystic, but it gives you a better sense of Motus as a character, as no one believes in him and is consistently putting him down. Thus, these voices are not only what he’s hearing, but what he is telling himself.

A thought did cross my mind whilst playing the game, which was whether The Path of Motus would be better suited for a younger audience. As I previously mentioned, the game felt strangely nostalgic, couple this feeling with a whimsical forest filled colourful creatures, and I couldn’t shake the feeling that children would enjoy this more than an adult would. The game deals with issues that most children will experience in their lives, when the threat of bullying is the greatest threat of all. Whilst the first stage of Motus’ life perfectly encapsulates what it means to be a child, where you have no worries or burden’s and your dreams are limitless. It is for these reasons that I believe the game would be very popular with children, and I hope they would enjoy it and create their own nostalgic memories whilst playing it. 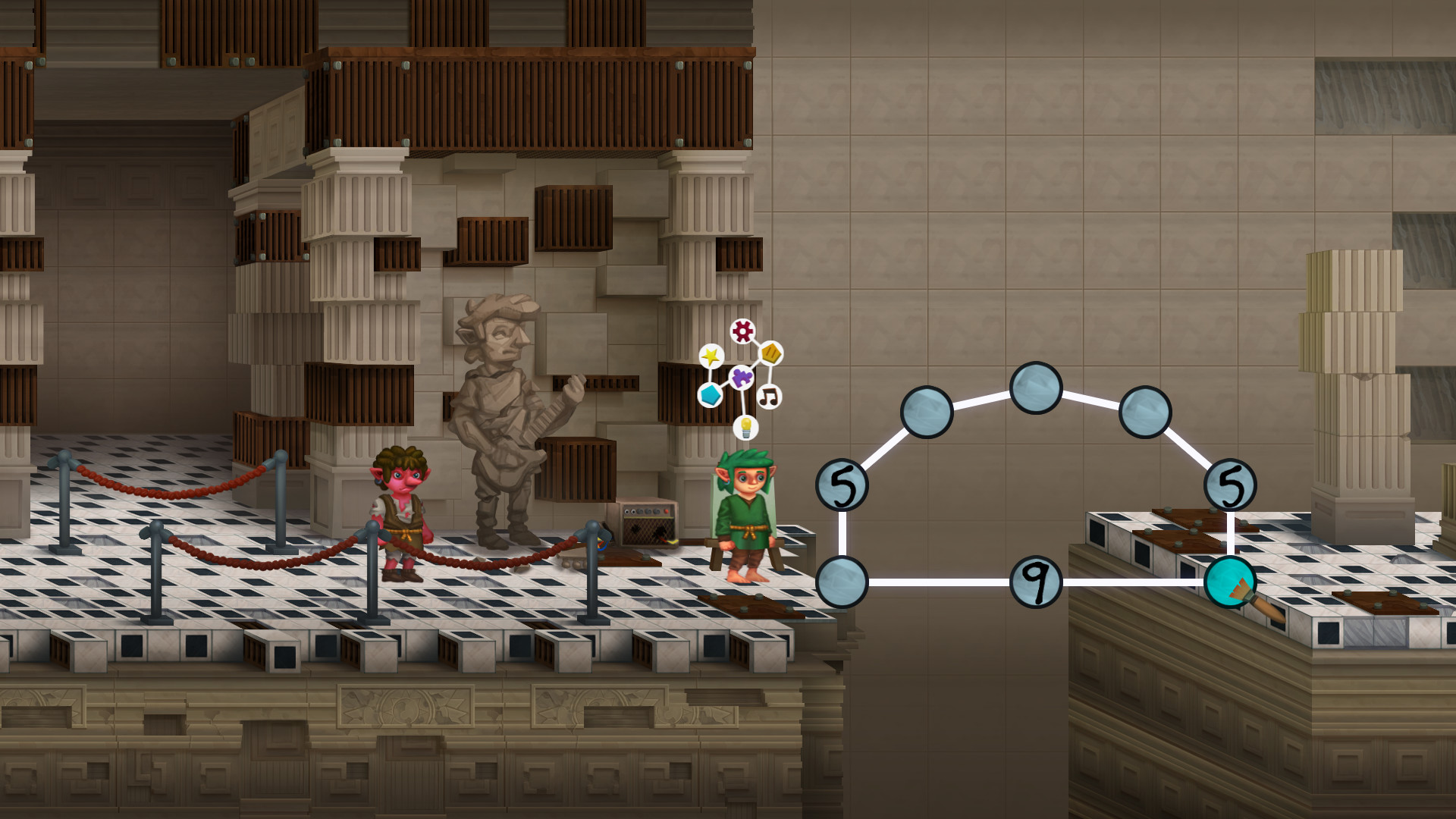 I don’t have any major criticism for The Path of Motus, however if I was forced to think of one, it would probably be that I wish it were longer. It took me around three hours to complete, however I realise that the final product was created by a team of two and thus asking for an incredibly long game would perhaps be a tall order. Moreover I would really like to know more about Motus’ world, it seems so interesting and deep and I wish we got a chance to explore it and its mythology more.

All in all, I really enjoyed playing The Path of Motus and would highly recommend it to anyone who wishes to play a game that will have them reminiscing of their childhood. I truly tip my hat to both Michael Hicks and Gonçalo Antunes, for creating a simplistically beautiful game, which encourages us all to combat adversity and to follow our dreams.