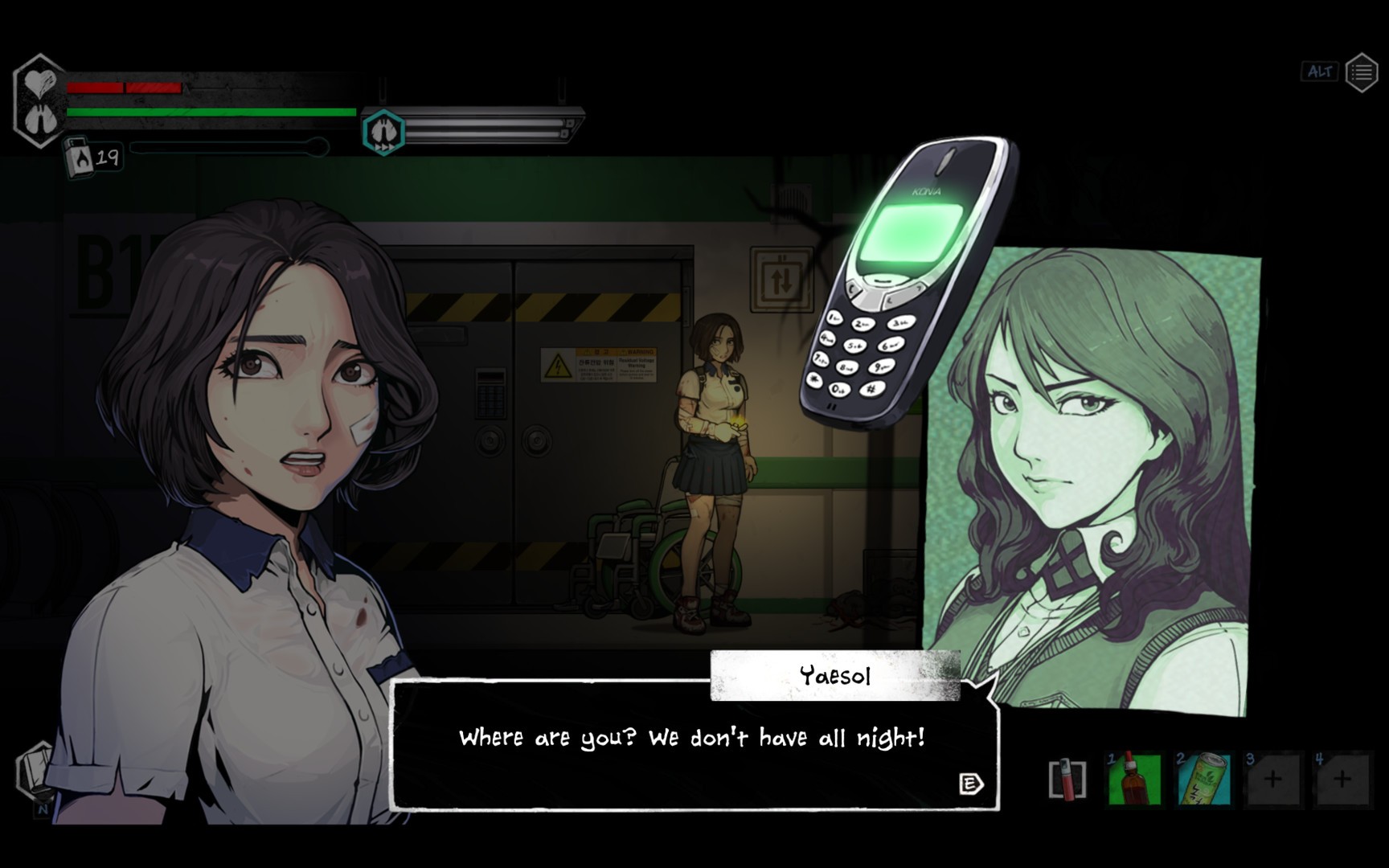 If the looks didn’t give it away, The Coma 2 is a 2D horror game, and very much in the vein of its predecessors, it draws a lot of inspiration from Korean folklore. The player takes on the shoes of Mina, a student at Sehwa High School, who finds herself trapped in a warped version of her own reality after waking up in the middle of the night in one of her classrooms. Not only do you find yourself stranded in a strange, but yet familiar place, but you also end up amidst a series of eldritch horrors, all of which will not hesitate in making your life harder. 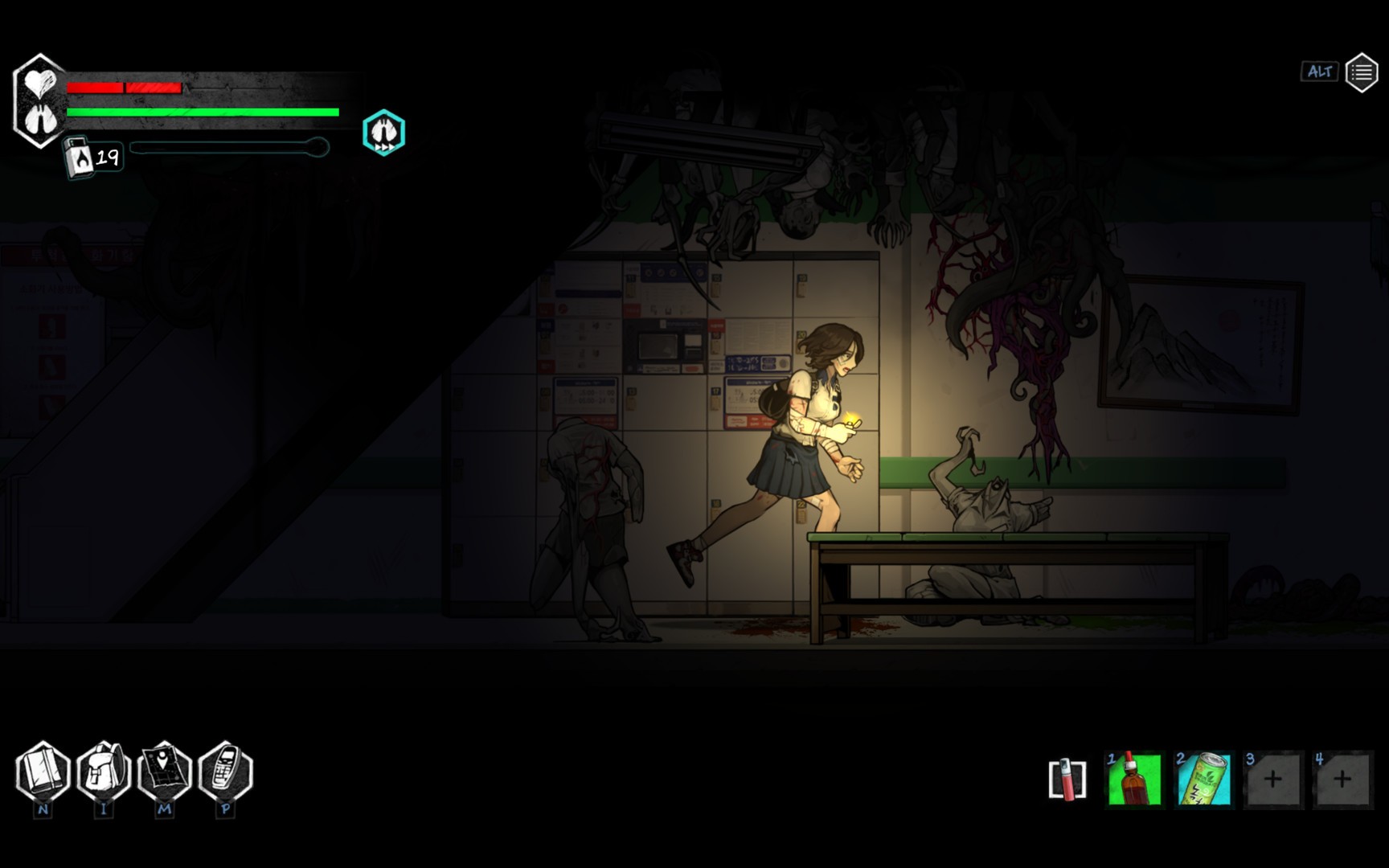 Throughout the game, you’ll be exploring and revisiting various locations, treading along hallways, streets, and a multitude of rooms, all while attempting to complete a series of glorified fetch quests that the game throws at you over and over again. In terms of design, each area can be broken down to essentially that, multiple floors or streets, with these having multiple hallways and rooms that you can explore. It might not sound like much, but the layouts are actually challenging given that your way is often blocked by something, forcing you to go around or solve some puzzle. Nonetheless, the game is ultimately limited by its 2D nature in this aspect.

While I do admit that the whole thing of running back and forth can get quite tedious rather quickly, I found myself enjoying the game of cat and mouse that you eventually find yourself in. As you walk around, you’ll find yourself dodging enemies trying to grab you, as well as a few that run at you whenever they see you. However, there are also the Vicious Sisters that stalk the streets and the hallways. These present the biggest threat that you’ll face in the game, but thankfully their arrival can be predicted thanks to their loud and echoey footsteps. However, if a sister sees you, you better hope you have enough stamina to run away and find a hiding spot before they reach you.

There is an element of inventory management to the game, as you can only carry four consumable items at any time, as well as a single-use can of pepper spray that allows you to stave off a Sister when it grabs you. Still, the game is extremely generous, with plenty of items to loot and save points to go around. With that said, even with the strict amount of things that you can carry with you, I never found myself buying or using any items other than once or twice. It’s not a difficult game if you know what you’re doing. 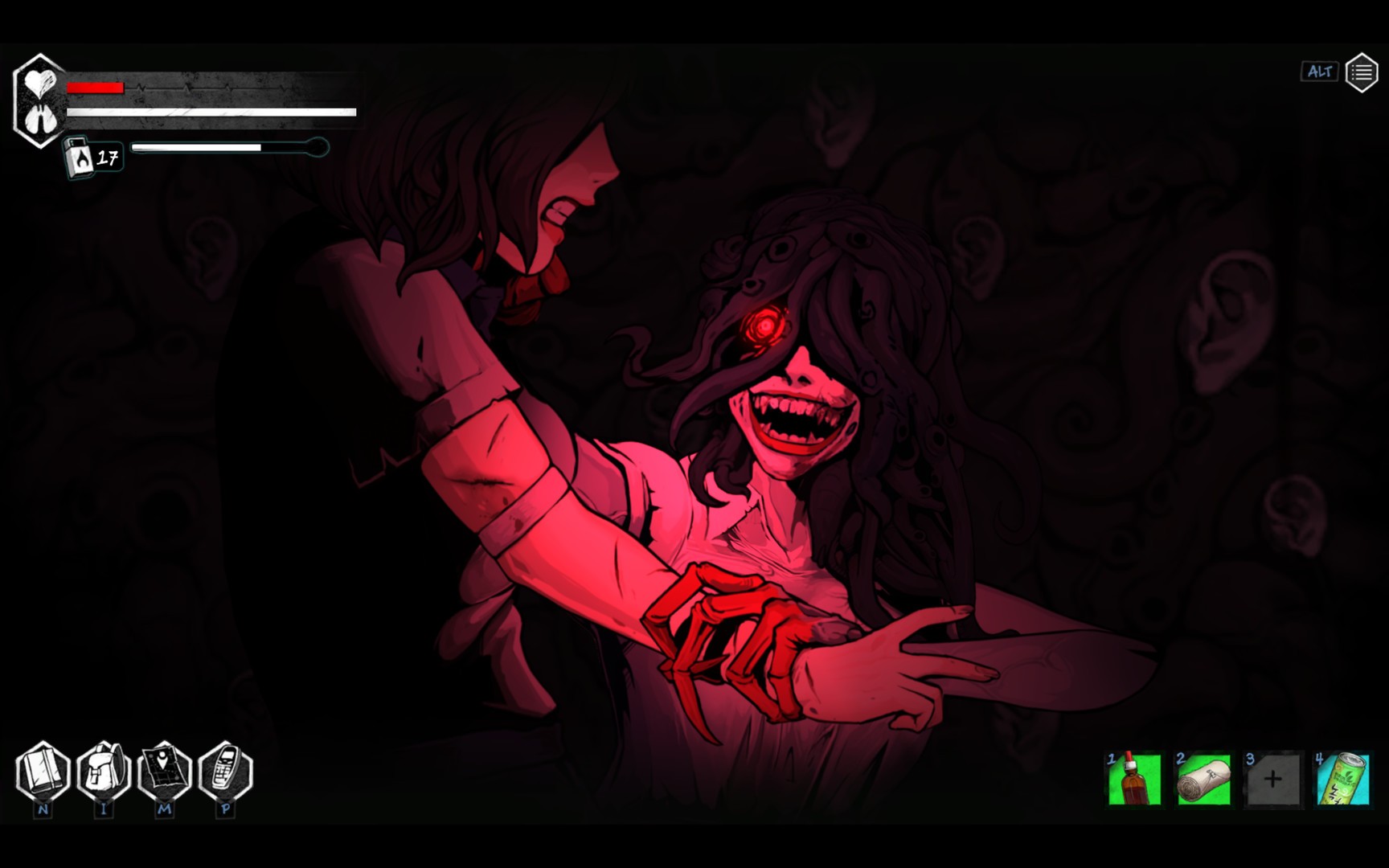 There is no combat in the game whatsoever, there is only you running around like the helpless teenager that you are, hiding in lockers, underneath tables, and occasionally dodging an enemy here and there. Still, that only adds more tension to the gameplay, as you can often find yourself helpless, with your only option being to run. This tension is only made even worse thanks to the game’s audio. The game excels in terms of sound design, as there is constantly some eerie noise in the background, or some chilly tune slowly creeping in, which do an amazing job in setting the right tone for the game’s ambience.

The game’s dark and grotesque looks, made only possible thanks to the series characteristic aesthetic give a lot of character to each location, character, and enemy. Despite the fact that the background is pretty well detailed, it’s easy to discern objects and things that you can interact with, something which a lot of games seem to struggle a lot of times. Speaking of which, while there’s plenty of dialogue and exposition for players to seek their teeth into, there are also tons of pages scattered throughout the game that allow you to know more about the world’s past, especially what led to the current state of things.

In one way or another, The Coma 2: Vicious Sisters has plenty to offer, whether if you’re looking for the continuation of the series or if you’re just looking for your next horror fix. It delivers a solid story with a few twists and engaging characters, but its gameplay ends up suffering from repetition and oversimplification. Personally, I think that the seven-ish hours it took me to beat it are worth the asking price, but I’d be a fool to say that this game reinvents the wheel or that it is a must-have for everyone.

In one way or another, The Coma 2: Vicious Sisters has plenty to offer, whether if you’re looking for the continuation of the series or if you’re just looking for your next horror fix.