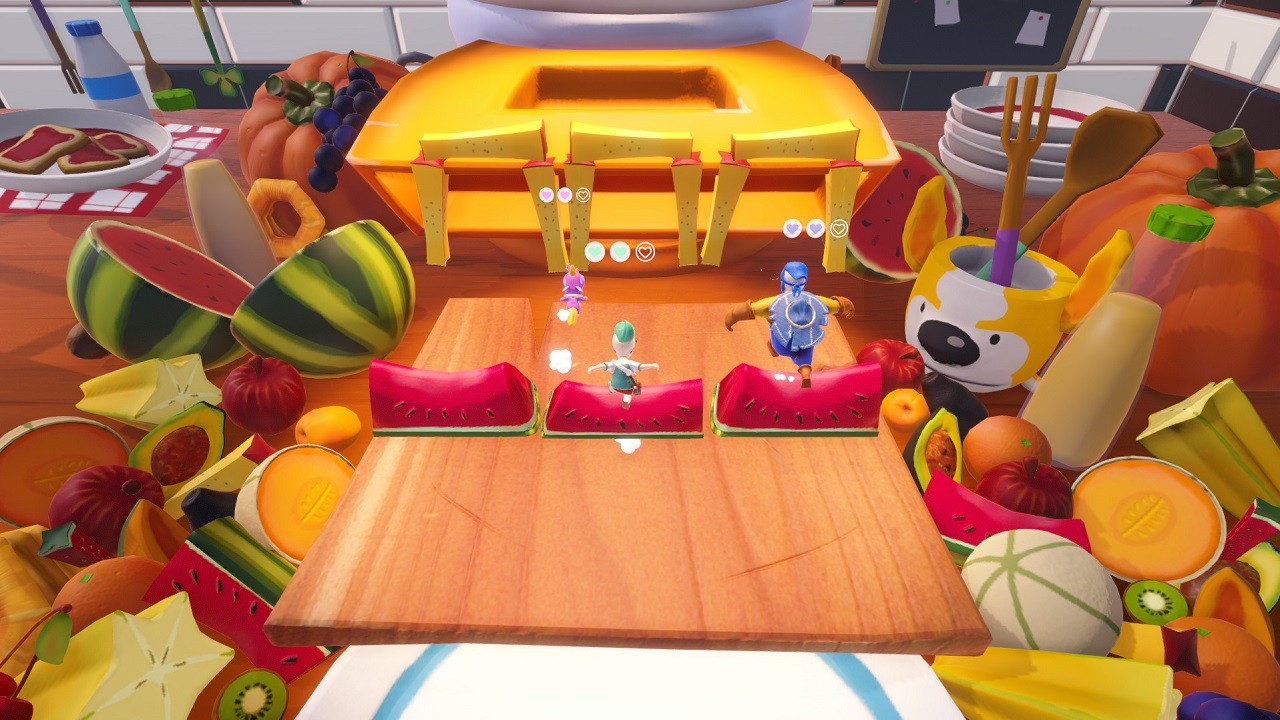 Entering into 2020, it looks like the Nintendo Switch is starting to pivot a bit about what kind of games it’s bringing to the front end of the table. Sure, the Nintendo family is still the backbone of what’s important, with Animal Crossing, Pokemon Mystery Dungeon and maybe a new Bayonetta (please, for the love of God) coming before the end of the year. But we’re seeing less schmaltzy stuff and more of a focus on the bigger, angrier games. Saints Row IV was just confirmed for launch, an interesting title from TinyBuild called Hellpoint was announced, and I’m praying for a third Bayonetta game (PLEASE) that is traditionally anything but family friendly. So seeing some of the smaller groups try and make room for the kids and adolescents is great, especially when it can conceivably involve hours of replay, playing together with siblings or friends, and (hopefully) giving mom or dad a much needed respite from the trials and tribulations of family. I see you, parents who turn on an hour of Disney+ to power nap. I understand.

Skelittle: A Giant Party is an attempt by Plug In Digital to go ahead and capture that widening market of kids who own Switches, because the Switch is a frigging sales powerhouse and is showing no sign of slowing down. Let’s be clear that there’s zero explanation as to what has created the world that we’re living in for this game. You’ve got a group of four tiny, elven creatures that appear to live secretly in a human’s house, and they just hang out together and occasionally challenge each other to a series of feats to prove who’s the best…Skelittle, I suppose. Apparently they are toys that came to life and escaped from a cereal box, but I wouldn’t have known that if I didn’t check the website. Anyways, you engage in two to four player actions where you do a group of mini games to win coins and be the champion. Winning allows you to “level up,” which unlocks stuff for your sandbox, which we’ll get to in a moment. 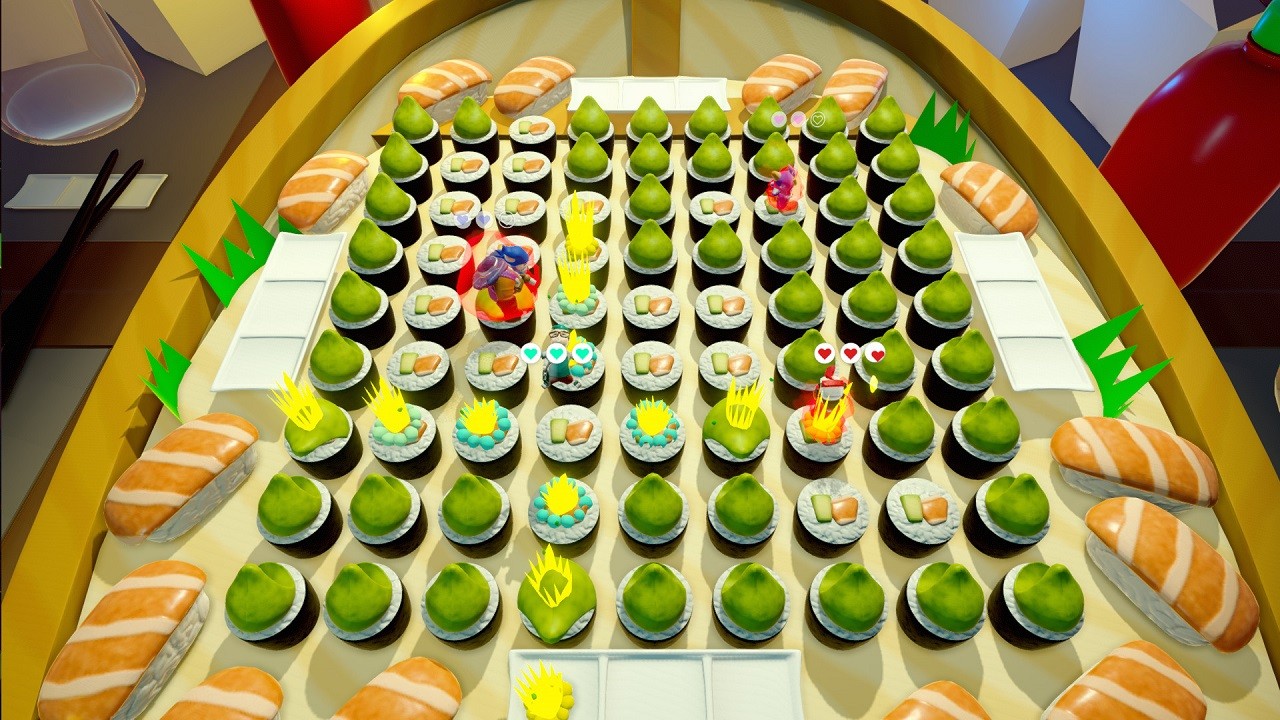 Anyone buying this should know that you’re not getting Mario Party, and that’s just the truth of the matter. You’re getting a series of competitive mini games that are tangentially held together with a premise that doesn’t really matter, and with a landing pad that’s little more than an eccentric lobby. The sandbox, where you decide whether to play mini games or not, is a grid that you fill up with different objects that you unlock through play. There is zero consequence or reason for the sandbox other than it’s something to keep yourself occupied if you don’t feel like playing the mini games but want to exist in the Skelittle environment. You put down objects like a ball, a die (that’s the size of a human die, so yay), a net to shoot the ball into, and other decorative, interactive things that don’t do much except waste time. It’s the equivalent to what you used to get from a party favor bag from the one kid in class. You weren’t really friends, but everyone was invited, so everyone who attended got a plastic sack with Spongebob on the side and a bunch of flimsy tops, some bubbles, maybe a rubber ball, and you said thank you and played for a couple of minute and it all ended up in the trash later. That’s the sandbox. It’s fun, and probably a good time waster, but it’s not why you’re here. The developers tout that you can design your own games in the sandbox, but it requires a lot of forethought that I don’t think matches with most of the kids coming to play this game. Also…well, we’ll get to that in a moment.

Skelittle doesn’t fail in what it’s trying to deliver, not by a long shot. Firstly, the characters of the Skelittles themselves aren’t exactly cute, but they’re not overly grotesque either. They’ve got this Skylanders charm to them, where they fall, balancing on the point, between a little gross and a little endearing, and players will be able to find someone that they like. Also, there’s no such thing as a Skelittle paradox, so you can all be the same character, whatever. There’s not a lot of emoting in the games themselves, but they have different expressions of victory or defeat at the conclusion of each and every match. You can enjoy these while you listen to some very peppy, very generic video game music and sort of marvel at the world that’s been created. I do enjoy the setting for Skelittles: it reminds me a lot of a cartoon I watched as a child, and the concept is very innocent, very fun and just delightful in essence. A bunch of tiny toys come to life and ride leaf-ships around a bucket in the garden while dodging the sprinkler? Wonderful. 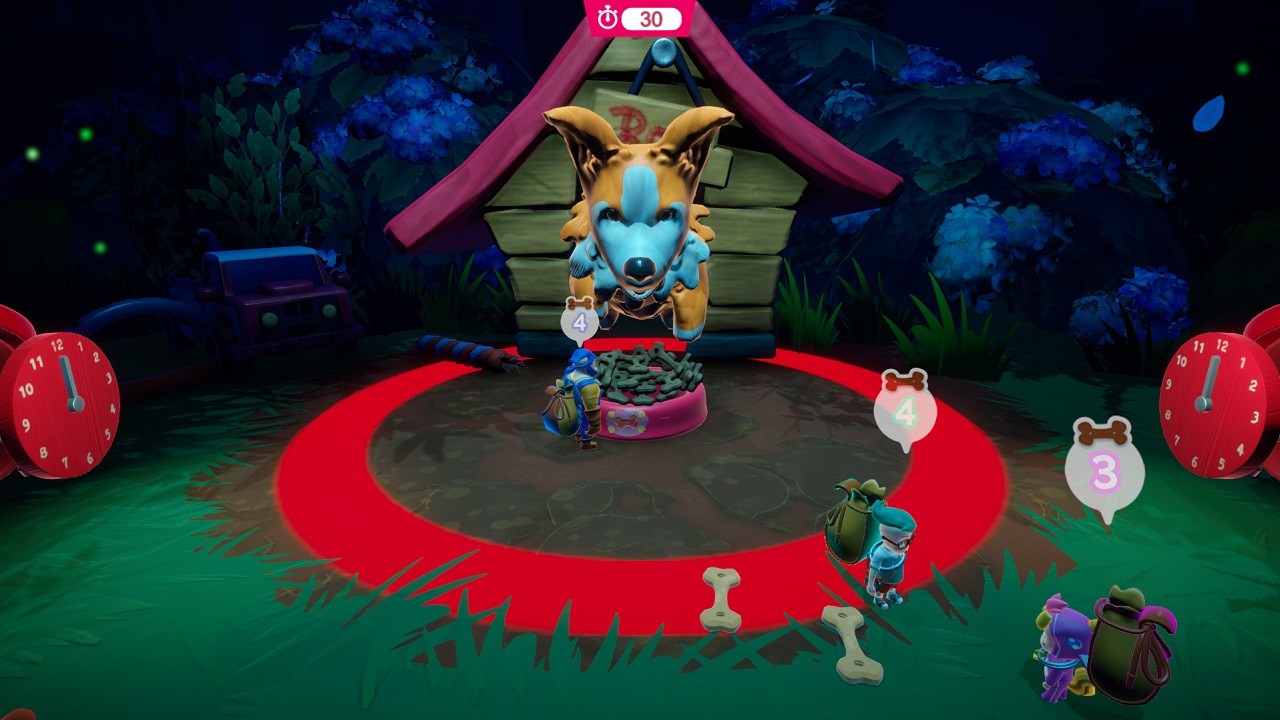 The games of Skelittle, however few there are, are mostly good with a bit of hit-or-miss to them. The hit-or-miss comes in a twofold from whether you’re playing with humans or the CPU. Humanity will always be the preferred setup on these games because, well, that’s the point of a party game (the word “Party” is literally in the title). Each game starts with a quick goal and control screen, and everyone confirms before you jump into it. And a lot of them are just your traditional “last person left standing” game. Sometimes you’re dodging ink cartridges. Sometimes you’re dodging water droplets. Sometimes you’re jumping to dodge a swinging helicopter blade (probably my favorite game because you can kick it back at the others with the right timing). The CPU, however, has a weird balance and you can’t control it because there’s no adjustable difficulty for the CPU. So, when we had to compete to see who could color the most mosquitoes in 60 seconds, the computer won because it had dead eye precision and moved without extra flail. But when we were racing down a tiny river in the backyard, I won because the CPU got stuck behind a rock and just sort of stayed there because the coded behavior tried to track me in a way it couldn’t execute, and so I won. The best and worst game is a four player jousting game, where teams of two have to work together: one person mashes the shoulder buttons rhythmically to build up speed, and the other does a quick game of Simon to stab with the lance. Against people, this game worked out fairly well, and it took a lot of concentration. Against the CPU, it was a  whitewash because the other team was impossibly fast and accurate compared to me.

This is a clear cut example of  “you get what you pay for.” Skelittle: A Giant Party has only fifteen games, and, after playing the “quick party” mode three times, you’ve played them all. You can go back and get better, but there’s less excitement and less variety if you play more than the fastest mode (and that usually only takes seven or less minutes). There’s so many things to unlock within the sandbox, and, theoretically, you can build other games with the stuff you unlock, but it’s a serious grind. Nothing is just free from the beginning, you need to keep playing the games over and over, and, by the time you get cool stuff like the antigravity boots or the paintball-like guns, you’re just done with the whole experience. It’s a tiny package, and it has quite a bit crammed in, but most players are going to end up stuffing this at the back of their library after just a couple of days of “partying.” Know what you’re in for before you leap.

A decent set of quick fix games with a low price, Skelittles aren’t the whole party, but they could be the opening act.