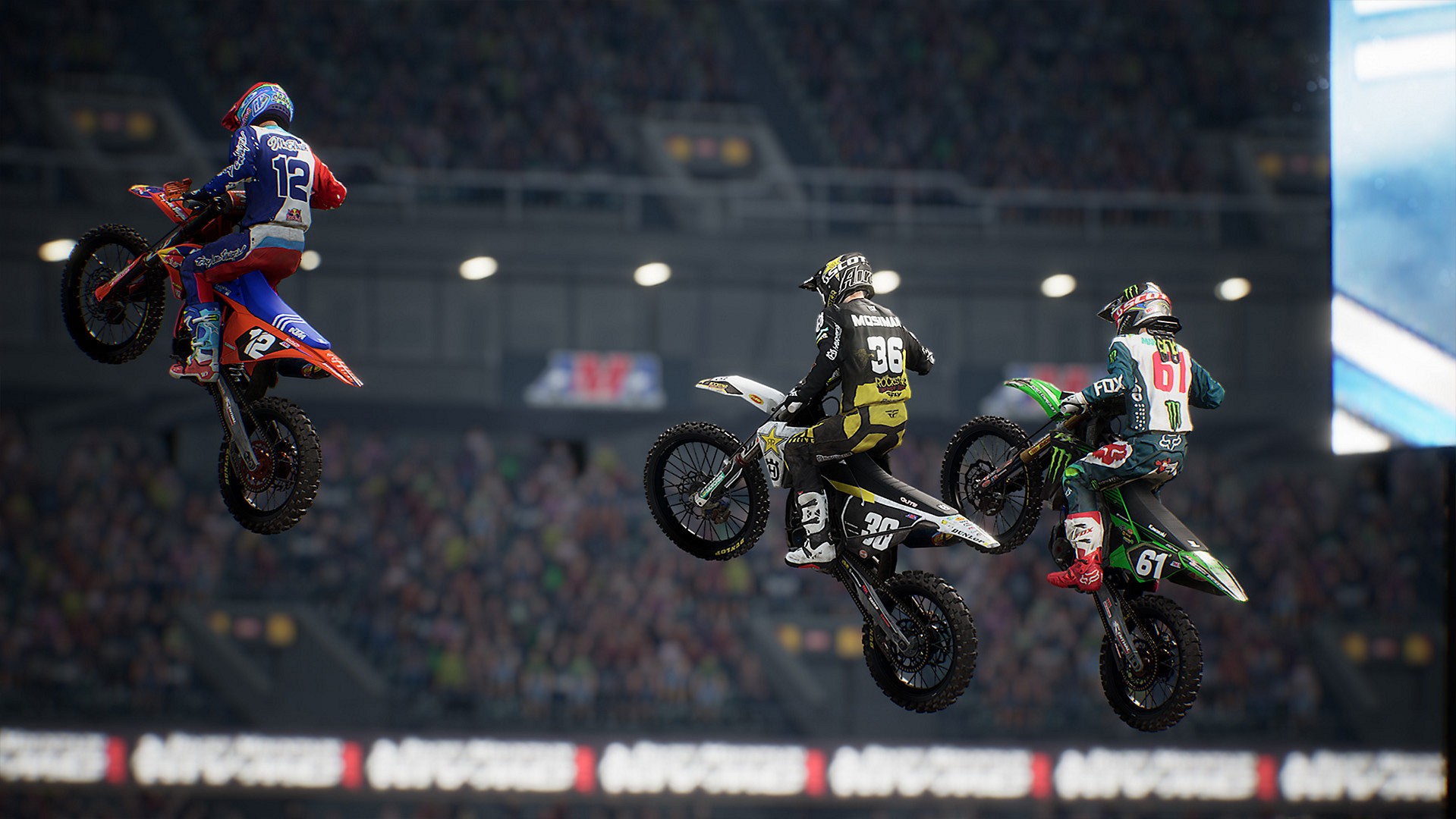 Milestone, the motorsport-centric development studio from Italy have always been just on the periphery when it comes to delivering genuinely top-tier racing games. I have no doubt that is in large part to its comparatively modest budget, but when you’re competing against the kind of polish and relentless quality provided on a yearly basis by the likes of the Forza series, it’s hard not to make direct comparisons. Luckily, when it comes to two wheeled racers, there hasn’t been a genuine financial juggernaut on the scene since…..ever?

Well, whatever the case, at this point, it appears that Milestone are largely competing against themselves, and despite the gloriously named, Monster Energy Supercross – The Official Videogame 3 providing more of an evolution than a genuine revolution for the series, like the majority of its games, it’s certainly moving in the right direction and manages to deliver a notable improvement over its immediate predecessor.

Still, while there have been improvements to the visuals, the Career Mode, and in particular, the online options, the brutal AI, unforgiving handling and slightly dodgy crash animations all remain. Of course, the difficulty is up for debate, and I have no doubt that hardcore fans of the sport will appreciate the games’ commitment to realism, but as a more casual fan of the sport, I for one found it more than a little unforgiving. Saying that, the game provides plenty of opportunity to practice, and once you get the hang of knowing when to hit the gas and getting your rider’s balance right, racing does feel admittedly very rewarding. 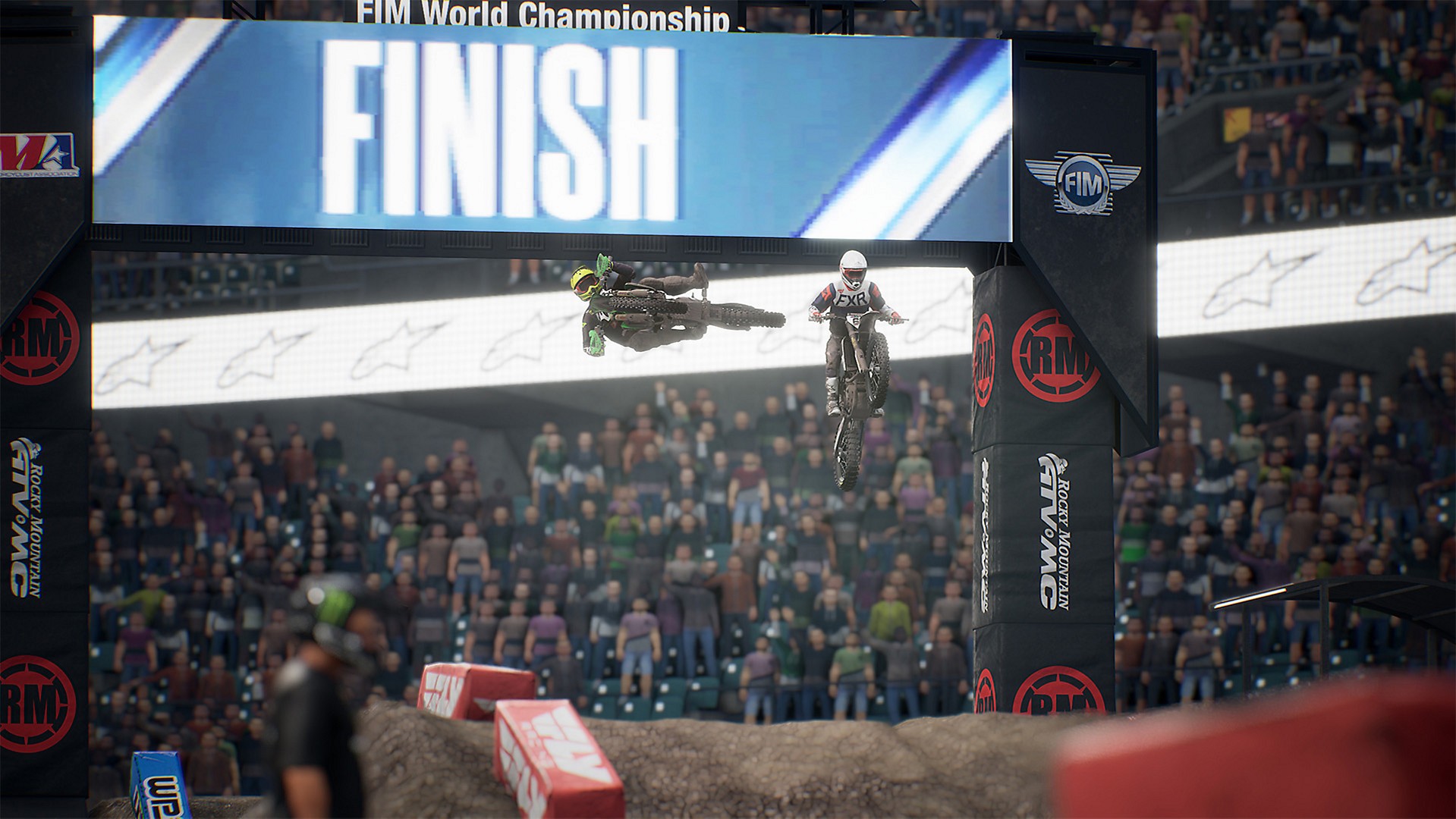 The real issue is the AI – it’s all good having a realistic racing model, but when the AI doesn’t play fair, it can all start to feel a little annoying. The AI is both super aggressive and largely infallible. A single error from you will often see competing racers ride off in to the distance with little chance of them crashing or making an error down the line. The only time they are likely to crash is actually into you, and again, more often than not, you’ll be the one coming off second best. The difficulty can obviously be toned down and the handling model made more forgiving, but even on the easier settings, the AI remains unreasonably brutal.

Saying that, if you like a challenge, Monster Energy Supercross – The Official Videogame 3 delivers in spades, and with the already robust Career Mode from last years’ release seeing a number of minor but notable improvements, there is plenty to do for single player fans of the sport and all the licenses and detailing you would expect from the real-life event. Yes, it appears that the licenses are linked to last year rather than the recently started 2020 championship, but with relatively little movement between teams etc in 2020, this still feels largely up to date and incredibly true to the sport. Whether it be the official teams, riders and sponsors or the beautifully created real-world tracks and coverage of all officially licensed racing series (450SX, 250SX East and 250SX West), Monster Energy Supercross – The Official Videogame 3 is nothing if not genuinely authentic.

Beyond the actual championship itself, the big improvements come in the form of the updated Compound and the increasingly impressive track editor. Both were already available in last years’ release, but both have seen major improvements that assist greatly in helping this game stand out from its already impressive predecessor. The Compound is set at a new location this year, one that will be immediately recognisable to fans of the sport, and is now far bigger with a much wider range of options when it comes to setting up races, increasing your XP or simply practising your skills. It really is an incredibly impressive hub for the wider gaming experience and something that will surely remain an integral part of the series for years to come. 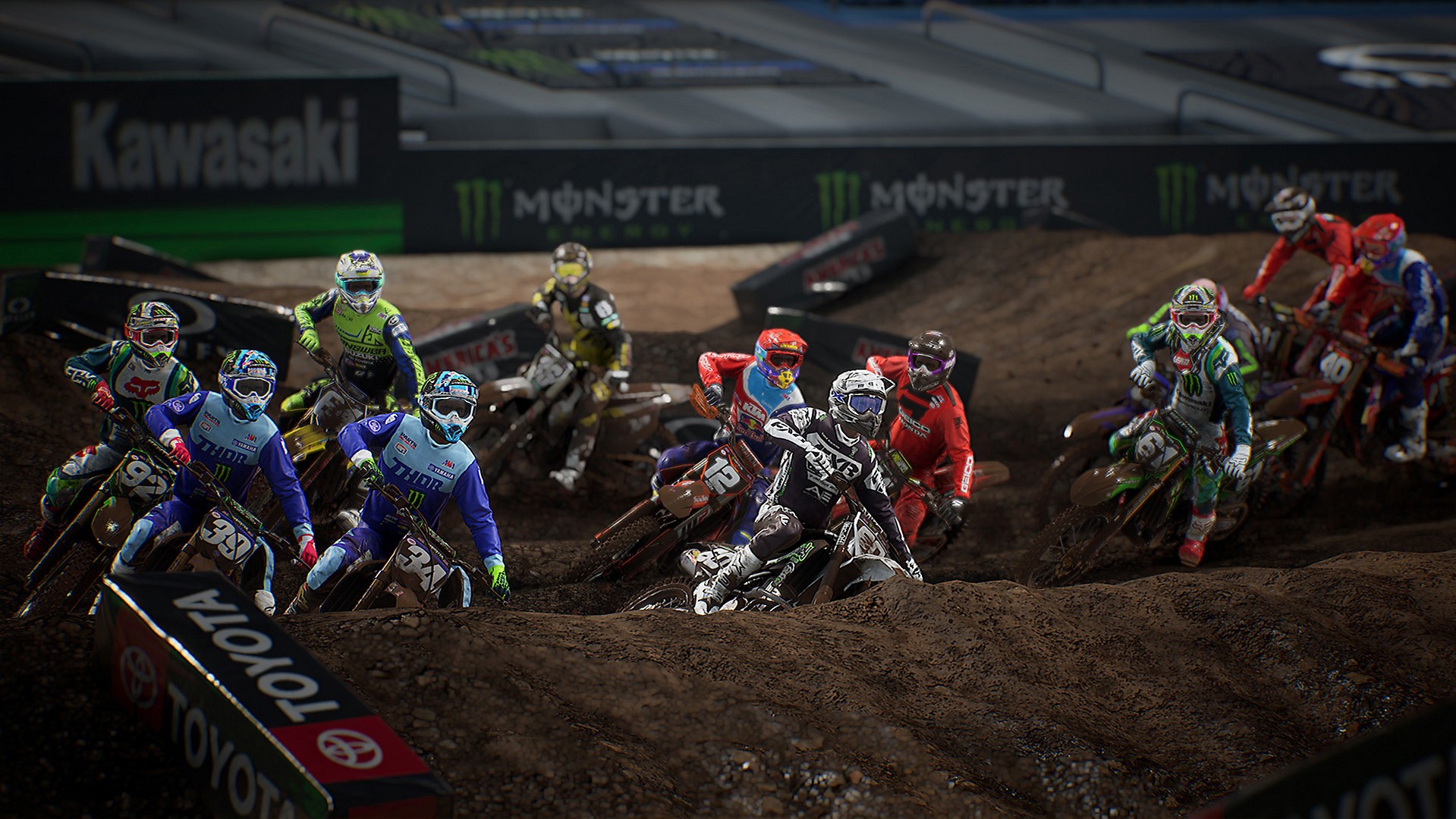 The track editor too is much improved and now offers a genuinely user-friendly way to not only create, but also share your creations online and race on tracks created by other players. The load times can make it a bit of a slog (something of an issue across every aspect of the game), and it certainly won’t be for everyone, but for those with a creative bent, or those simply looking to extend the overall experience, the track editor will prove an impressively robust tool.

The biggest improvements however, and arguably now the best way to experience Monster Energy Supercross – The Official Videogame 3, is via its increasingly impressive collection of online modes. With newly established dedicated servers, a solid lobby system and cool new mini-games, the online options do feel like a major improvement over last years’ somewhat rudimentary offering, and with decent connections now coming as standard, this appears to be the best place to experience the games’ unforgiving but undoubtedly refined handling model. Without that brutal AI getting in the way of the fun, the handling model, track variety and physics really do come in to their own. There are still some issues with inconsistent crash physics, regardless of whether you are playing online or against the AI, but for the most part, this feels like a far more balanced racer when played against human opposition who are as likely to make errors as you are. Don’t get me wrong, the competition is fierce online, but unlike the occasionally brutal AI, online, things do feel consistently fair.

On the surface, Monster Energy Supercross – The Official Videogame 3 isn’t a hugely different game to its immediate predecessor, but scratch below the surface and you’ll find a game that benefits from a raft of relatively minor but consistently effective improvements. From the refined handling model and subtly upgraded visuals to the impressively updated Compound and the hugely superior online options,  Monster Energy Supercross – The Official Videogame 3 is an undoubtedly superior game to last year’s vintage and a game built with a clear love and passion for the sport upon which it is based. The AI still needs plenty of work and the collision physics remain annoyingly inconsistent, but despite these issues, Milestone’s latest just about sticks the landing. It’s still geared heavily towards hardcore fans of the sport, but as long as you’ve got the patience to master its impressive but decidedly unforgiving handling model, Monster Energy Supercross – The Official Videogame 3 is a game that will undoubtedly reward your efforts.

It’s still geared heavily towards hardcore fans of the sport, but as long as you’ve got the patience to master its impressive but decidedly unforgiving handling model, Monster Energy Supercross – The Official Videogame 3 is a game that will undoubtedly reward your efforts.