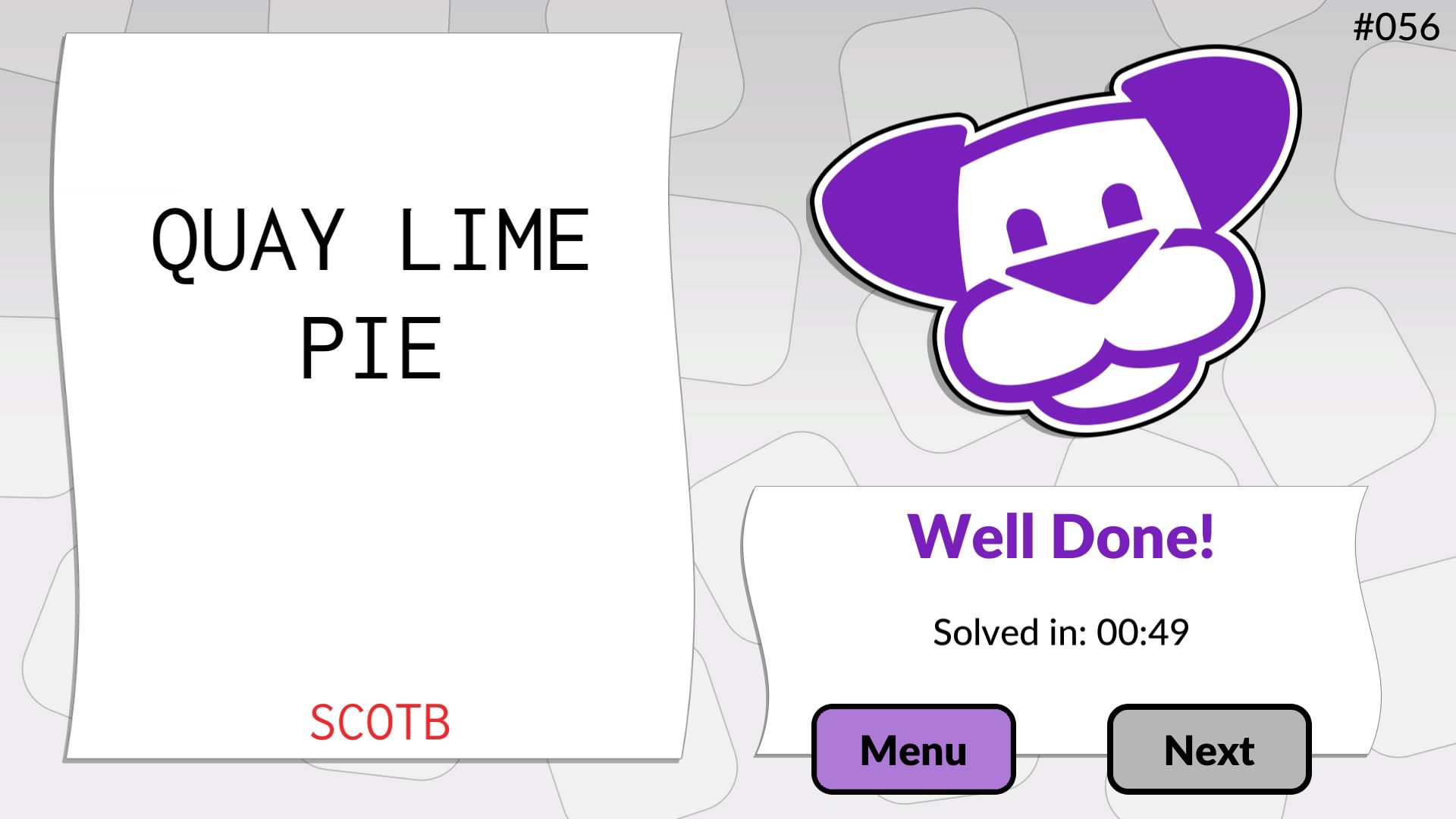 Another month goes by and another “by POWGI” title is released, this time it’s Just a Phrase by POWGI. Previous “by POWGI” titles include Word Search, Word Sudoku, One Word, Mixups, Crossovers, Word Wheel, Wordsweeper, Fifty Words, Tic-Tac-Letters and Word Maze. If you’ve played one, then you’ll have a pretty good idea what’s required and whether you’ll enjoy it.

If you’ve never played a “by POWGI” game before then here’s what to expect; generally they are word based games where letters are missing. You will then need to fill in the gaps to complete the level. Often the words are relevant to a specific header, so something like Musical Instruments will have words that will likely include Trumpet, Drum, Banjo etc. In the case of Just a Phrase by POWGI, this time it’s to do with homophones and phrases. Playing somewhat like hangman but without the chance of losing. Just a Phrase by POWGI asks you to complete a blank phrase, however one word within each phrase has been replaced by a homophone. What’s a homophone? Well homophones are words having the same pronunciation but different meanings, origins, or spelling. For instance, the well known phrase Key Lime Pie has the word Key in this example replaced by the similarly pronounced but spelt differently word Quay. Four letters appear on the right hand side, using the the designated buttons you choose what letters you think are present in the phrase. There are no punishments in choosing a letter that isn’t part of the phrase, so the element of risk is not there. Letters when chosen do not appear again making it easier to complete phrases. It’s entirely possible to just be left with the letters required for the phrase if your initial choices were incorrect. 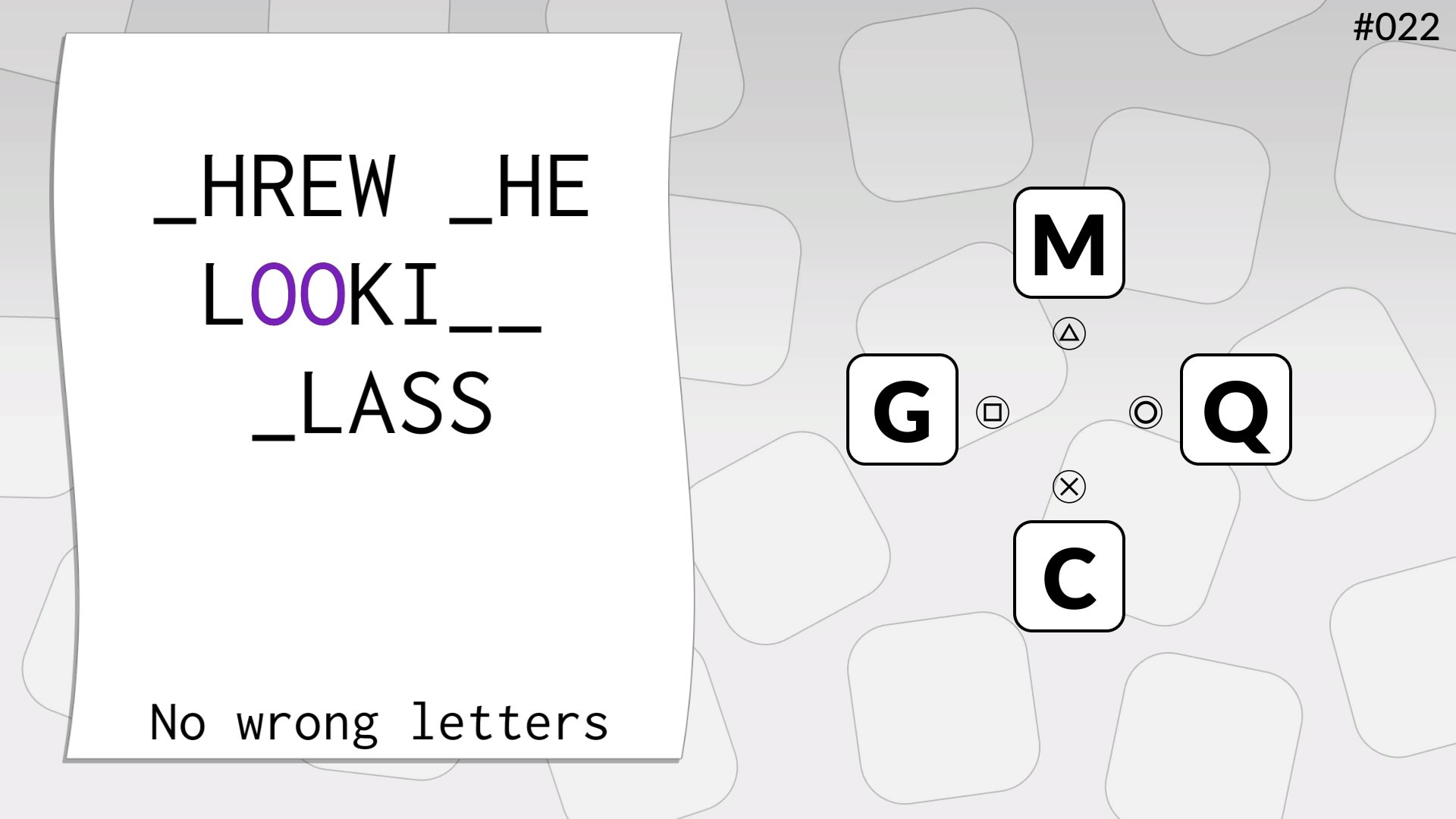 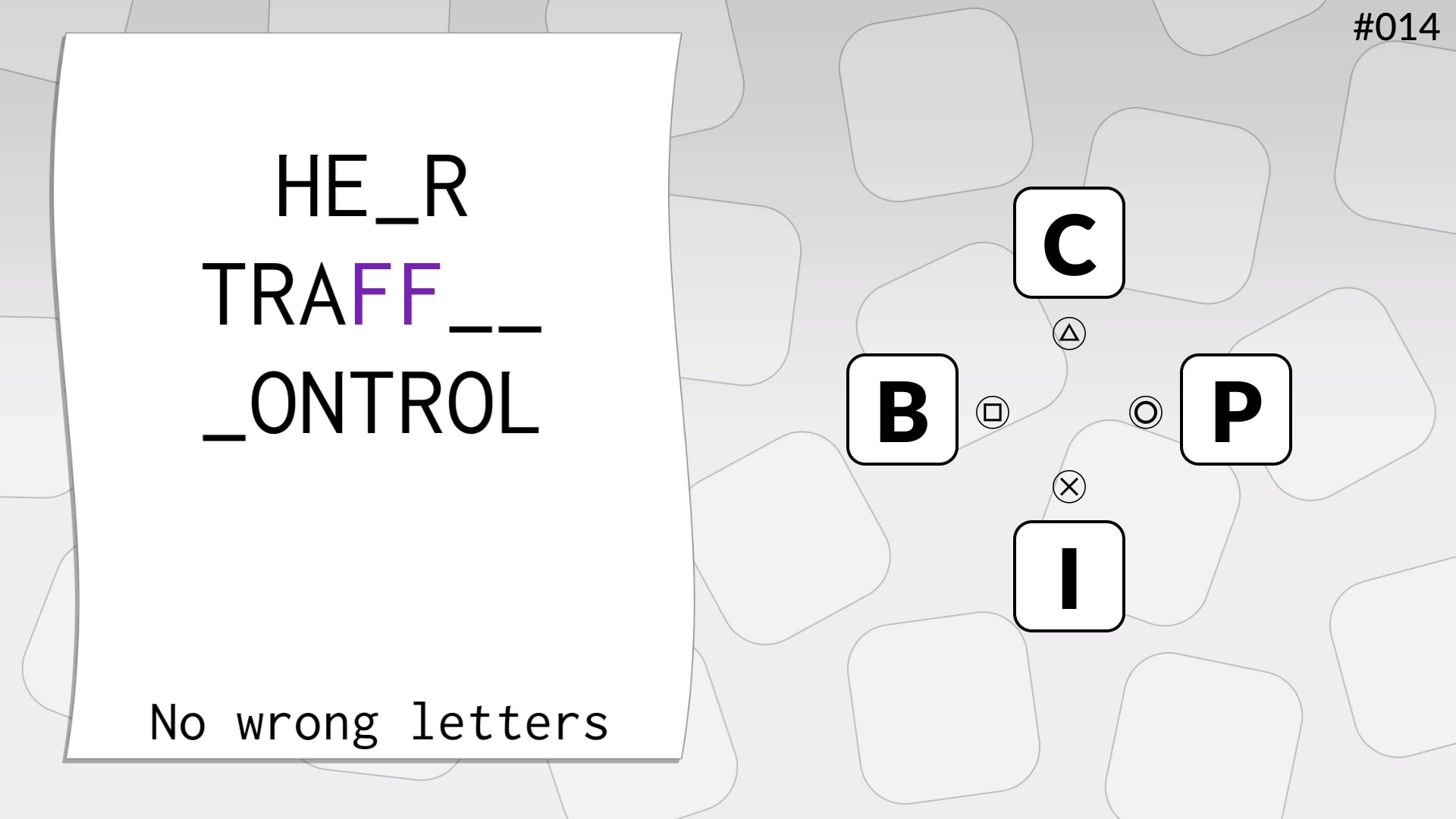 Graphically Just a Phrase by POWGI is just like the rest of the POWGI group. There is a very limited set of colours on offer, it’s mostly a grey scale colour scheme. The POWGI dog pops up as per usual offering advice and other ramblings. Something I always bring up with these games is a lack of a leaderboard or two player, implementing either of these would double how much fun and replayability of a game like Just a Phrase by POWGI. Musically it’s more of the same from Just a Phrase by POWGI, some nice, soft on the ears repetitive background music, almost like what you would hear whilst you wait on the phone in a queue.

Just a Phrase by POWGI Review

It’s a reasonably clever take on phrasing but the implementation in Just a Phrase by POWGI just has it come up short.