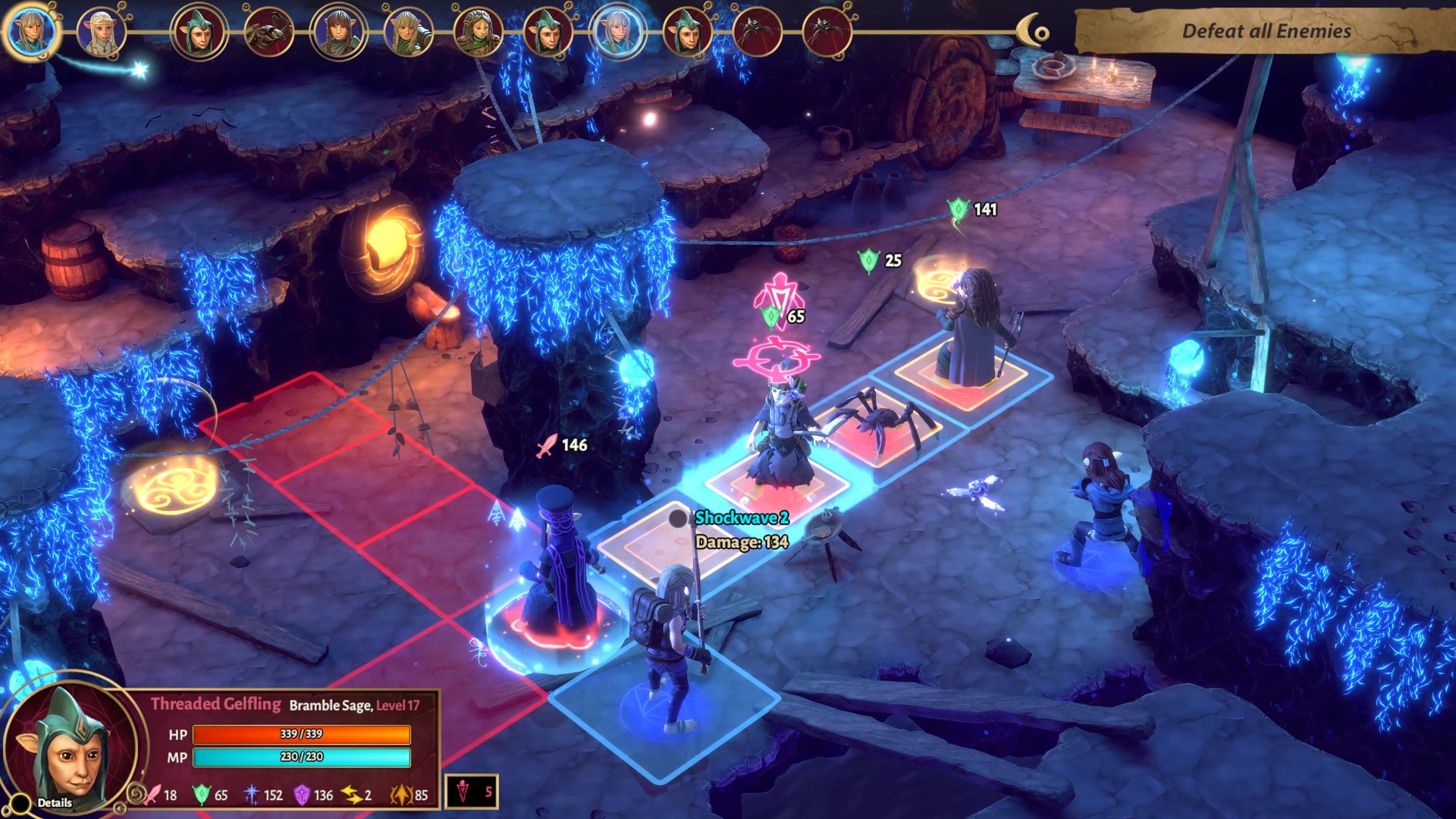 As a child growing up I’d like to think that there is always at least one film that tarnishes your blessed childhood memories. For me, it’s a toss up between two classic Jim Henson films, The Labyrinth, and The Dark crystal. David Bowie prancing around in his tight leggings as the goblin king was extremely disturbing, but the advanced animatronics, and dark storyline of the Dark Crystal petrified me. When I saw the press release for BonusXP’s tactical strategy game The Dark Crystal: Age of Resistance Tactics, I was genuinely excited. With a genre that I absolutely love, and a film that brings back nightmarish memories, this was surely a game that I would love to play.

I couldn’t wait to explore the world of Thra, I hoped to be able put to bed my fears and reinstate the lands balance by restoring memories to overthrow the rule of the Skeksis. Having ploughed lots of my time into Xcom, I really wanted this to be somewhere near that level, I tried my hardest not to set my expectations too high as I didn’t want to be disappointed before giving the game a fair go.

I’m very familiar with the story behind The Dark Crystal, and as the opening dialogue began appearing on the screen, I felt instantly at home. I fear that anyone who has never experienced Jim Henson’s world or vision will already feel alienated. The developers failed to create any form of cutscene that would bring the gaming community up to speed. As you venture through the world, the tale slowly unravels, almost making it feel disjointed and hard to follow. I don’t believe you will empathise with the Gelflings as you should, and that experience of dread at the sight of the Skeksis is certainly missing. 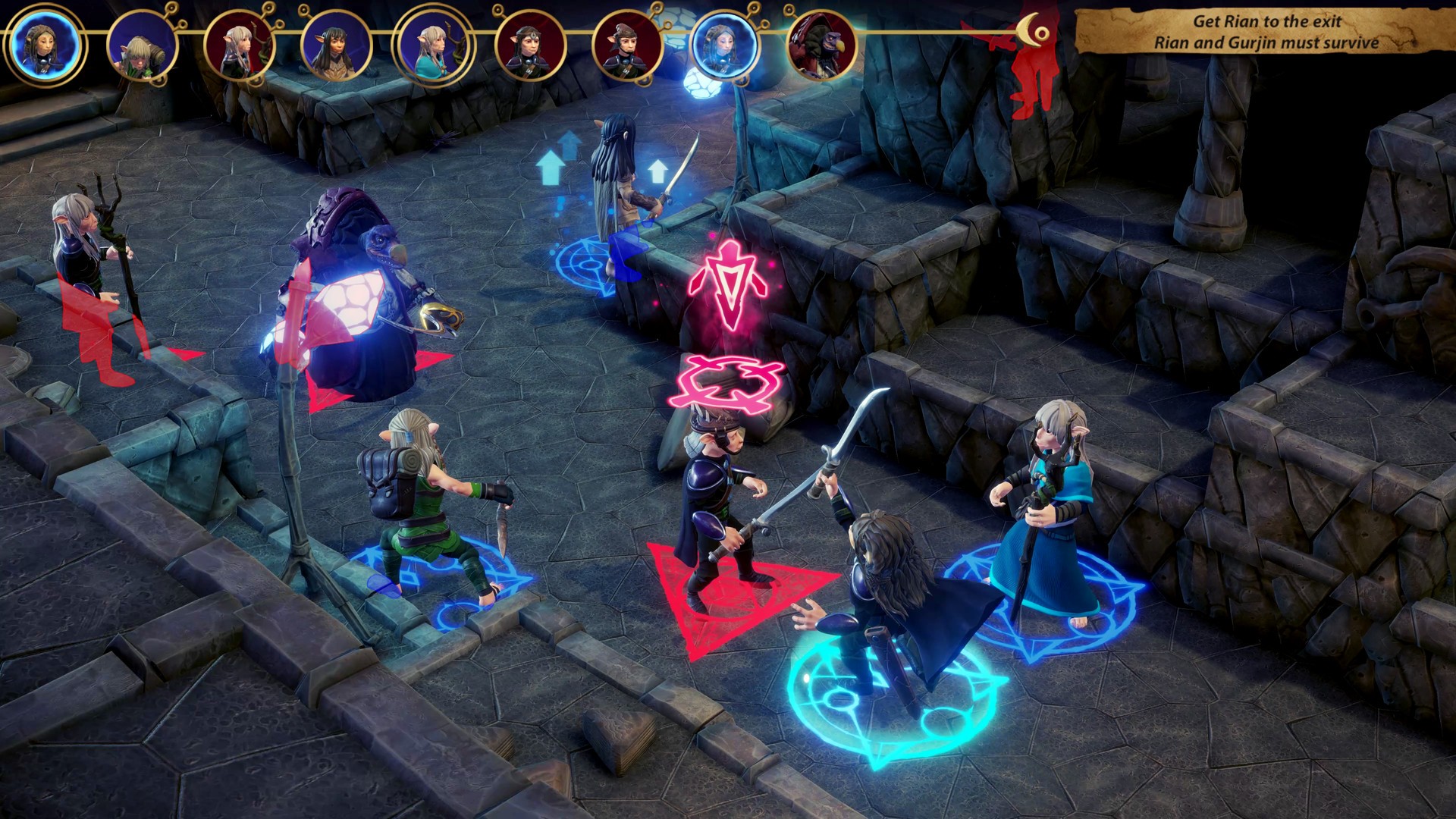 The title itself is set throughout the whole land of Thra, the map is laid out in a tabletop view, and you are given full freedom to select any available quest that you wish. This gives you the illusion of choice, but ultimately it doesn’t matter which you chose as they all lead to the same conclusion. The development team had such an opportunity to run with Henson’s imagery and work, but I was left feeling disappointed that they didn’t explore his creation further. They had such creative freedom to implement their own ideas, but it felt like they played it safe; maybe they feared upsetting the hardcore base of cult fans.

Like any classic tactical, turn-based game, preparation is key. This is where this game excels for me. With the ability to choose from a number of recruited characters, you are able to adjust your party for each mission to enhance your chances of succeeding. A small amount of customisation is available to the player. You are able to choose the main job and secondary role of any playable character. I did like this part of the game, it made me feel that I was in complete control of how I wanted each battle to play out. However, an area that wasn’t so intuitive, was the weapon select screen. It took a fair amount of trial and error to understand how it worked correctly, but once you know what you are doing, it’s pretty easy to use and made setting up my team and roles a joy.

The main gameplay is broken down into a number of mini sections that help to explain the story, and progresses you nicely towards the end game. A basic tutorial allows you to gently get a feel for the control and the gameplay, this then unravels to the main quests where you must create a fellowship of the clans to overcome the evil Skeksis. You will experience over 50 turn based battles, this culminates to approximately 14 to 15 hours of game time. If you wish to complete the full achievement list, then you are looking at doubling this and then adding a few more hours due to the increased difficulty. For the price of the title that’s a lot of value for money. I started by saying that I was hopeful that this would be as good as Xcom, unfortunately it falls short of the hallowed level that Firaxis Games has bestowed upon the gaming world. That’s not to say that this is a bad game, it’s just below the standard on a number of issues, the main one being the pace at which the action plays out. It is slow, so painfully slow. The pace is heavily dictated by how weak every character’s attacking ability is, even the special ability combat is appalling. At times I’d have been shocked if they could fight their way out of a wet paper bag. BonusXP really needs to update the combat, as it needs adjusting ASAP. The missions throughout are also very repetitive, there is very little to separate each one. With so many chances to create varied goals throughout the story, such as rescuing a character, retrieving certain items, and exploring unknown areas, the developers are stuck in the rut of battle only progression. 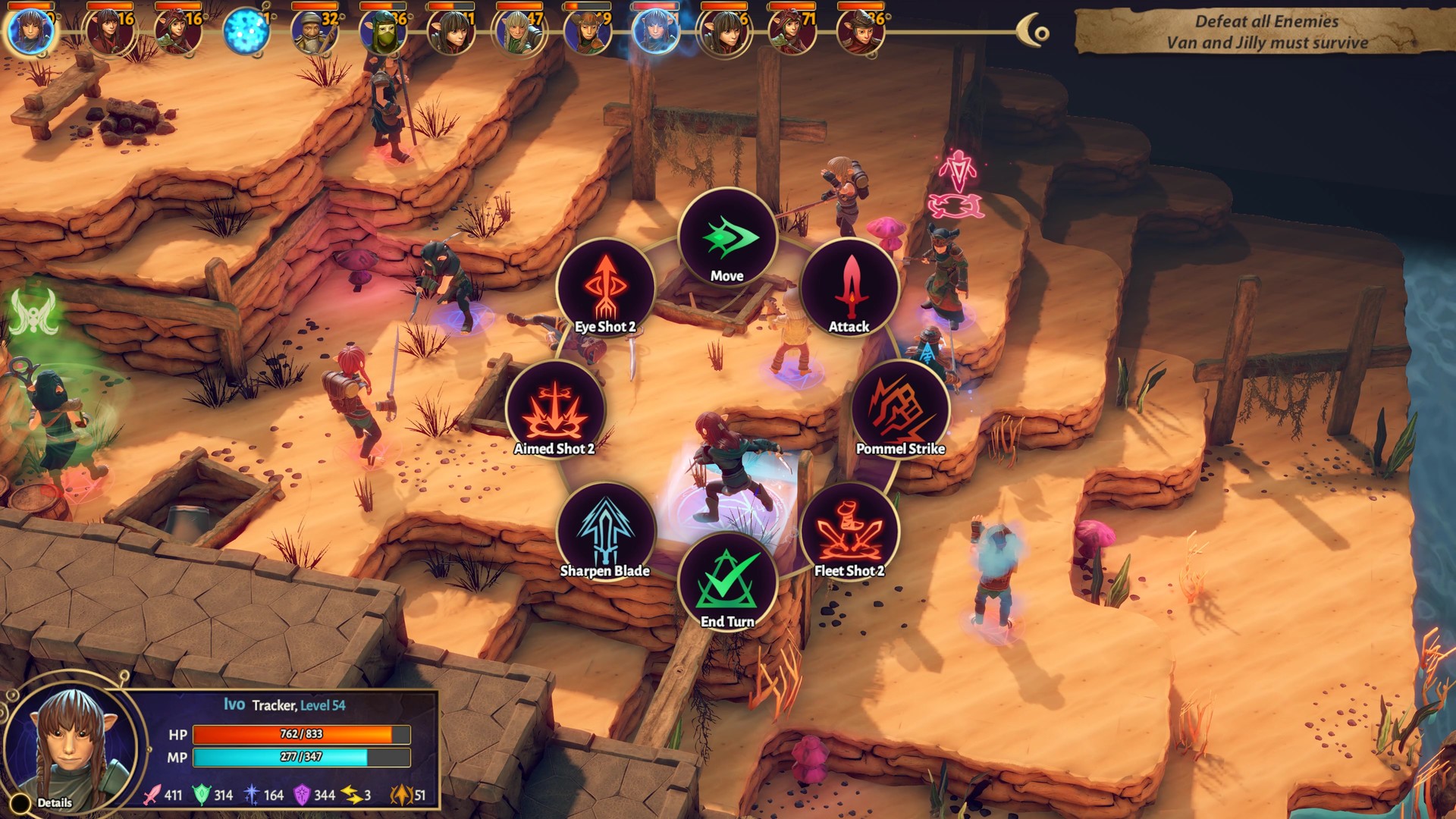 With so many actions to choose from when completing a stage, you’d be understandably worried that the control system would be bogged down and confusing, it really isn’t. A simple action wheel for each character’s turn dictates the selected task, and if you feel you’ve made an error when moving, then you can undo what you’ve done. This simplistic approach really was the saving grace in what was a rather time consuming task. Newcomers to the genre will feel welcomed and not overcome with layers of confusion.

When I play a fantasy game I really want both the graphics and the audio to work in harmony. I want to be transported to that magical land; fortunately the developers did this perfectly. The music plays constantly in the background. The folksy style makes you feel at home with the woodland adventurers, the tempo and tone adds a feeling of urgency and despair. The classic use of RPG weaponry sound effects give the title a retro feel that also compliments its style. I loved how the narrative is shown like a story book, this reflects the Jim Henson influence, and helps to develop the story without the use of audio narrative. The colours used and simple character design also adds to the charm, the UI is kept as simple as possible and this means that you can focus on the action that is playing out on the screen.

The Dark Crystal was a slow burner for me, it took me a fair few hours to get hooked on it. This isn’t because of the slow action, or the requirement to repeat several levels to progress. No, this is because I started the game expecting a completely different encounter. I am so used to Xcom being the marker, that I didn’t allow myself to enjoy the story that I was experiencing. If you are a fan of Henson’s work, then you won’t be disappointed in what you see. Don’t go into this expecting a triple A title, because it certainly isn’t. It is fun, and a great way to lose some hours whilst enjoying the tale of The Dark Crystal, albeit in a very loose and possibly fragmented way.

The Dark Crystal is no Xcom, but it is fun to play. Absorb yourself in Jim Henson’s weird and wonderful world of Thra. Combine the Gelfling clans to overthrow the Skeksis.

Absorbing audio and graphics.
Good value for money.
Easy to master for those new to the genre.
Party select options make you feel in control.