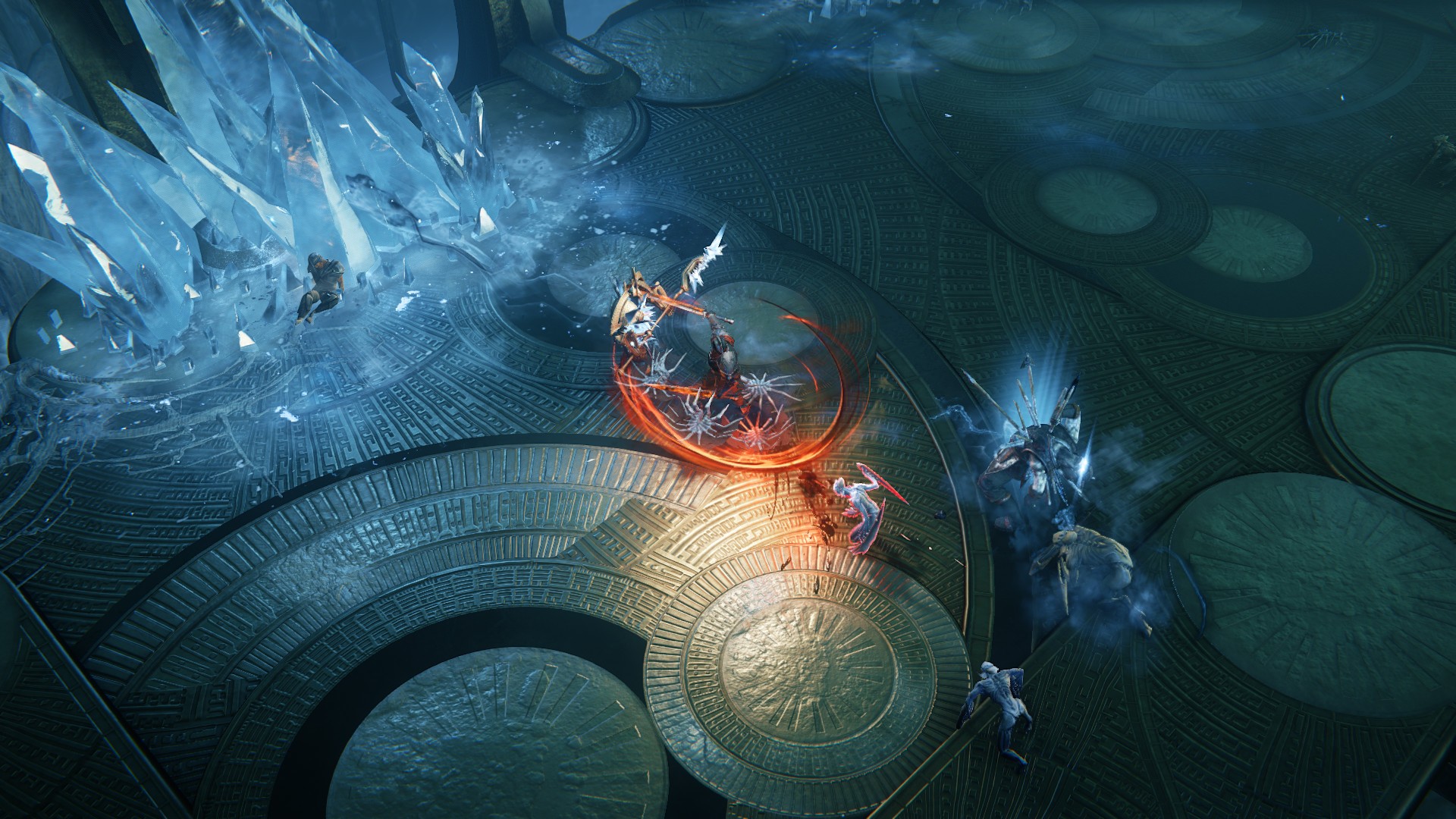 (Disclaimer: After much thought, I have decided not to talk about the launch issues that plagued the game. This review will focus solely on the game itself and the issues present.)

It’s been years since there’s been a “new kid on the block” in the isometric ARPG genre. For years, Diablo 3 and Path of Exile have ruled the genre, and while they are good games, playing the same game for years gets boring after a while; there needs to be a steady stream of new content that delivers a new experience.

So when Wolcen: Lords of Mayhem entered Early Access, hype began to accrue in the ARPG community. WOLCEN Studio, the developers, set a solid foundation with the beta and when they announced a February 2020 release date? Well, the hype continued to grow.

That brings us to now. Did WOLCEN Studio build upon the foundation they set? Unfortunately not. As much as it hurts me to say, I don’t recommend Wolcen: Lords of Mayhem, not until the developers spend a significant chunk of time fixing and polishing up the game.

I’m getting ahead of myself. Let’s slow down and take a look at what Wolcen offers, what it lacks, and why I don’t (personally) recommend it.

First, the story. Set in the land of Wolcen, you play as one of the three Children of Heimlock, a group raised by Heimlock, the commander of The Purifiers; the army of The Republic.

Your character starts out as a Purifier, only to be excommunicated after an incident involving a demon. It’s a long story, and I don’t want to spoil too much.

The story of Wolcen is told through three Acts—not as long as, say, Diablo 3, but enough to tell an interesting story. Each Act has its own map, bringing variance to the game.

While we’re on the topic of setting, let me say that I love the maps in Wolcen. From the damp, claustrophobic caverns of the first Act to the sun-bleached deserts of the third Act, I was constantly impressed by the variance in locations.

The story doesn’t pick up until the end of Act I, though the rest of the Acts did a good job retaining my interest. Now, while the story is great, I found the dialogue lacking; some lines came off as cheesy, corny, and a bit too…on-the-nose, I guess? Nothing terrible, but I found my immersion ruined a few times because of it.

My biggest gripe with the story, however, is the ending. The developers have been open about releasing story expansions later down the line, but this is not an excuse to develop a half-baked cliffhanger. You beat the final boss, enter a cutscene, and then…that’s it. The cutscene only presents more questions instead of answering them.

That said, I can’t stay mad for long—not with the beautiful presentation of Wolcen. Wolcen is by far the best looking ARPG available right now. Characters are detailed, enemies do a good job being unique from one another, and the environments—like I mentioned earlier—are stunning. 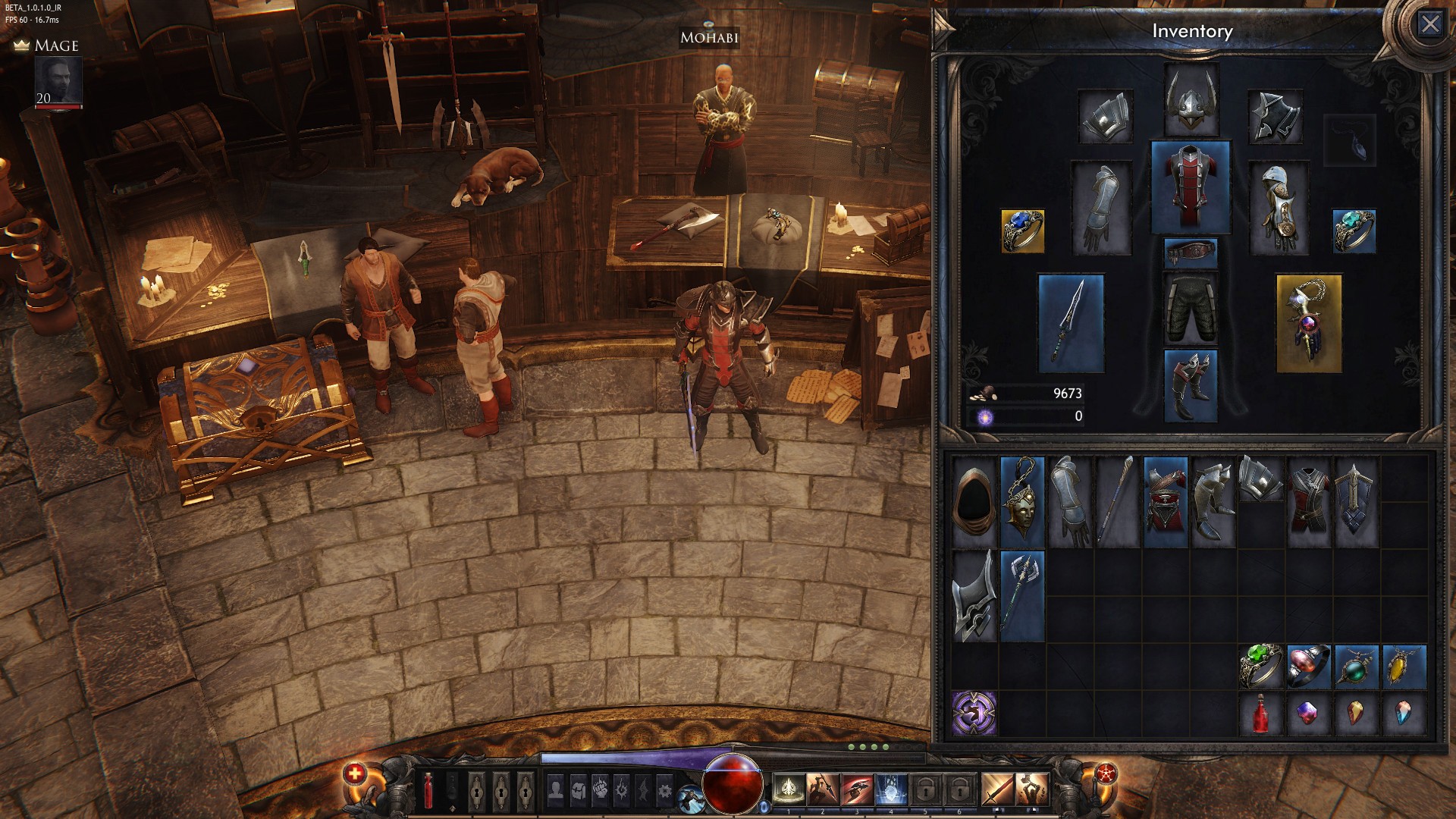 While we’re on the subject of presentation, I want to talk about the plethora of bugs in Wolcen. There’s a lot. Too many for a $40 game. I’m not saying there needs to be zero bugs in the game, but when I fall through the floor twice during the Act 1 boss, there’s a problem.

From janky hitboxes on flying enemies to not being able to hit a boss because he’s been pushed off the edge, Wolcen suffers from major and minor bugs alike. I understand WOLCEN Studio is an indie studio, but that’s no excuse for shipping what feels like a half-baked game. It doesn’t help that most of these bugs are from the alpha and beta—bugs WOLCEN Studio had time to iron out.

One area of the game I have no issues with, however, is the sound design. The game succeeded in creating an incredible soundtrack. To be honest, I find myself becoming bored of most soundtracks (unless they’re amazing, i.e. Persona 5), but Wolcen’s just struck a chord with me.

My praises for the sound design extend towards the environments, characters, and enemies. Each enemy has a distinct sound, every location felt unique thanks to the wonderful ambience, and the voice acting was really good for an indie game.

Not only did the sound design impress me, but so did the core gameplay. When you create your character for the first time, you’ll be prompted to choose between three classes: melee, ranged, and magic. Nothing special here, most ARPGs give you these options.

As far as I can tell, the only difference between these three is the starting weapon. Like Path of Exile, your free to use whatever you want, level up whatever skill you want, and spec into any part of the passive tree.

I prefer to not be locked into a certain gameplay style (looking at you, Diablo 3). And with a gigantic passive skill tree that plays similar to Path of Exile’s skill tree, it was necessary.

Fortunately, all three gameplay styles feel satisfying— especially melee. Wolcen does a good job of making the player feel the blowback of their pistol or the weight of their hammer; easily the best combat of any ARPG out right now.

There are plenty of skills in the game, though I find it weird that the player is limited to only 5 skills in their hotbar. This is especially strange, considering the beta allowed the player 6 slots.

Each skill can be levelled up through either gameplay or by spending “primordial affinity”, a resource you gain from selling enneracts. What are these “enneracts”, you may ask? Enneracts act like scrolls, and when used, grant you access to a skill.

And the gigantic passive skill tree I mentioned? It’s cool and all—and certainly allows for a variety of builds—but many of the skills don’t work. That, or the skill description doesn’t match up with what it actually does. 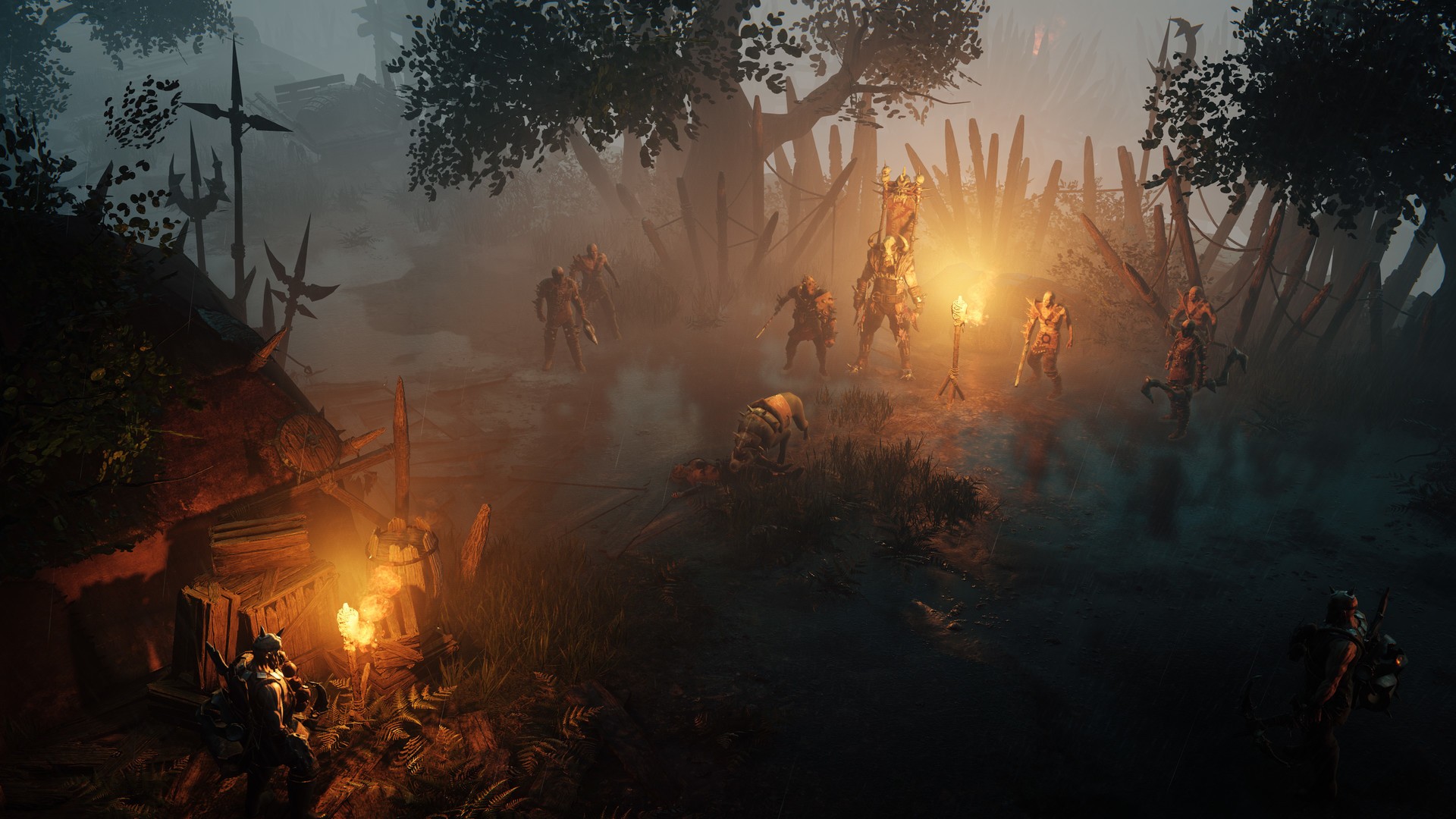 Finally, let’s talk about the endgame, the most important aspect of any ARPG—what keeps the player hooked.

The endgame consists of you, the player, building up the city of Stormfall 6 months after the conclusion. You’ll upgrade different parts of the city with gold and primordial affinity, and each upgrade grants you bonuses, like more skills, upgrade stations, and more.

There’s one catch, though: to upgrade part of the city, you’ll need a certain level of “productivity”. You gain productivity from each successful expedition, runs similar to Greater Rifts in Diablo. The higher difficulty you set for an expedition, the more productivity you gain.

I love this form of endgame, a mode the developers call “Champions of Stormfall”. That said, it can get a bit tedious and repetitive. Modifiers are the only way to bring any sort of diversity to expeditions, which amount to “kill enemies, then kill boss”.

The lack of future endgame coupled with a broken passive skill tree severely hurts the longevity of the game. If you’re a fan of ARPGs, you can get an easy 40-60 hours out of Wolcen—just don’t expect Path of Exile levels of content.

Overall, I enjoyed my time in Wolcen: Lords of Mayhem, despite coming face-to-face with ugly bugs and tedious content. The foundation WOLCEN Studio has set is solid, but with issues surrounding bugs and gameplay, I don’t see Wolcen stacking up against genre-defining games like Diablo and Path of Exile.

While the developers have built a great foundation, Wolcen: Lords of Mayhem lacks a ton of polish and overall feels rushed, resulting in game that–while fun to play–fails to compare to other ARPGs.