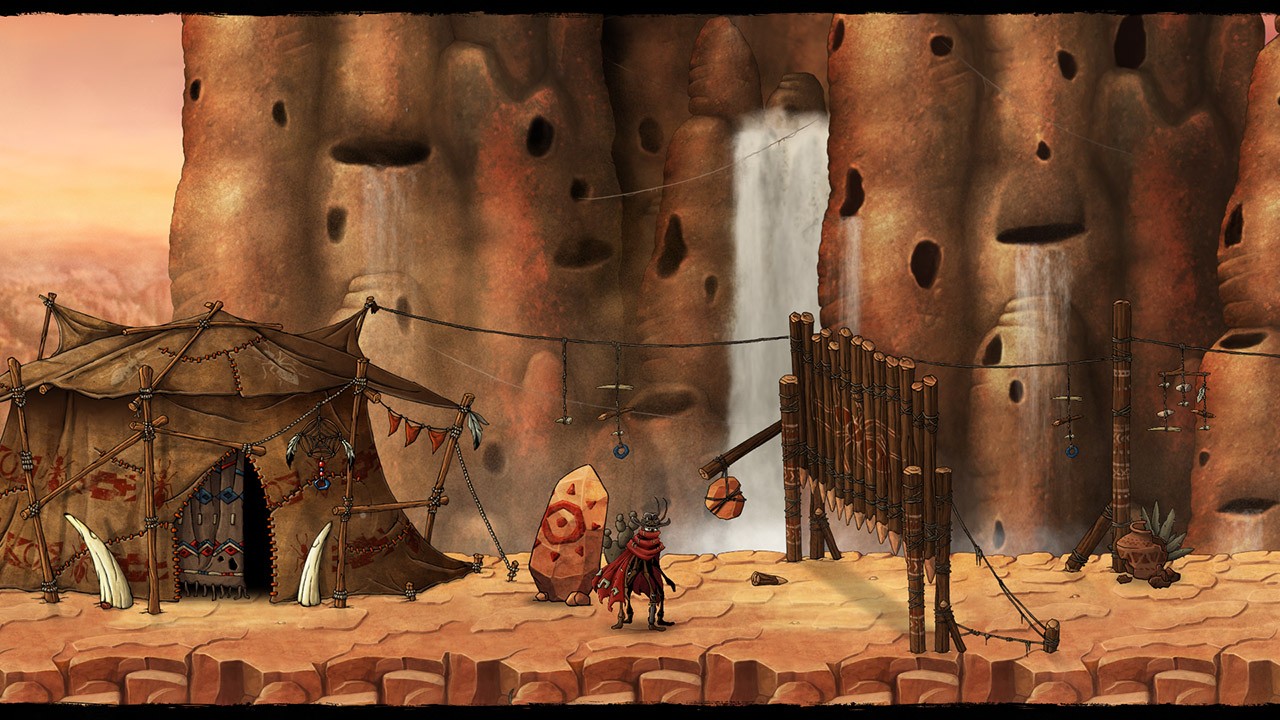 The Wild West is often full of cliches; the stranger who rides into town with no name, a gravelly voice and a six-shooter technique that seems to double the number of bullets they fire at any given time. Blood Will Be Spilled has a few of those elements, but with a slight twist: insects inhabit the world.

You play Jack, a mosquito bounty hunter out for revenge and earning a little blood money in the process. The fact that you play a mosquito has some relevance, ignoring the ‘blood money’ pun, as the special abilities you unlock during the game use blood points. Additionally, when Jack gets up close to melee a varmint, he can use the blood-sucking skill to replenish said blood. But we’ll cross the combat bridge in a moment.

The scenery in Blood Will Be Spilled is gorgeous; the colours are spot on, the atmosphere feels just like all those cowboy films we’re used to – whether it be classics from Sergio Leone or more recent Quentin Tarantino epics, it looks and feels the part. As Jack is out for revenge, we have an ever-present narrative throughout the game told in voice-over, through character interactions and also storytelling using comic book panels. There is a lot of style in this game, but thankfully substance too.

After a brief tutorial, you’re in and arrive at the local town picking up your first contract. From this town, you interact with the bartender at the local saloon, as well as the sheriff and a merchant who has a variety of guns available, but at the start of the game, you can’t afford it. Instead, you need to go out there, earn a name for yourself and earn some money, all the while pushing the plot forward too. 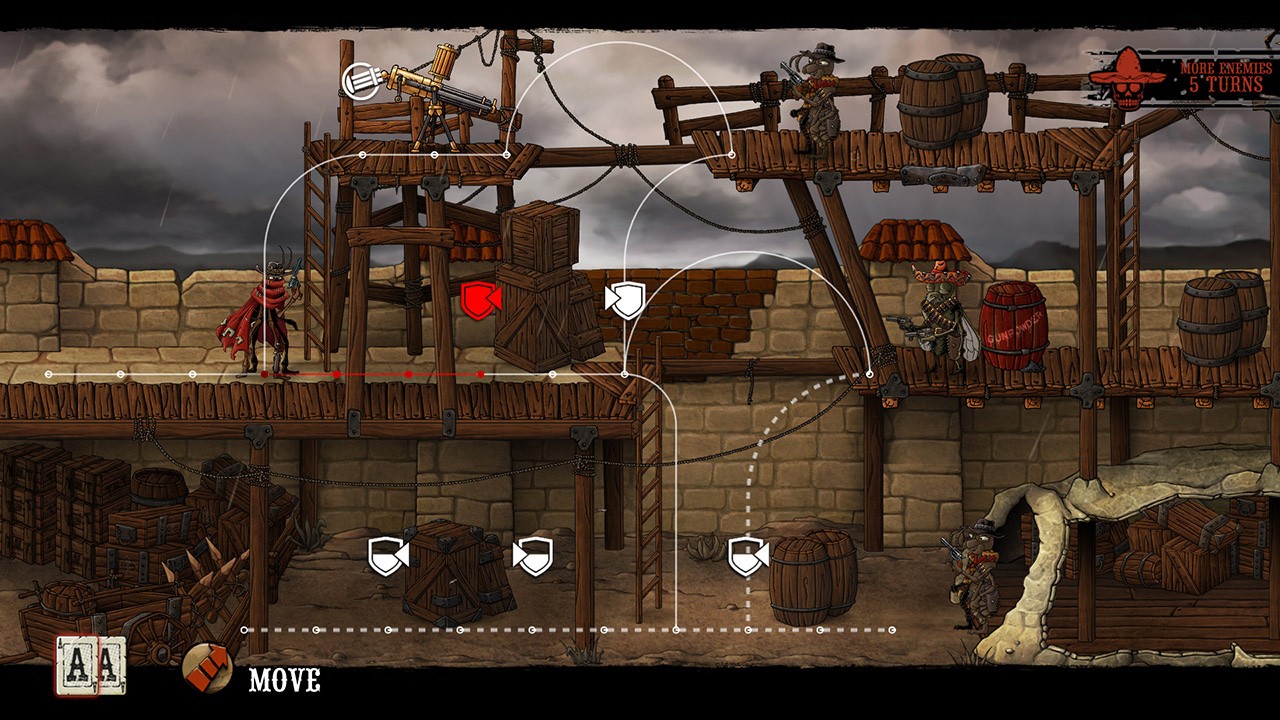 Moving between locations is done in the style of a classic platformer as Blood Will Be Spilled is a 2D side-scrolling affair. Jack can walk, dash with ZR held and jump over obstacles and reach platforms above. This platform section is a little uninspiring as the movement feels quite sluggish. Maybe this was a design choice to take into account Jack’s frame, but from my viewpoint, I would have liked him to have felt a little more fluid in his movement – when he dashed, I wanted it to feel like it. Still, the backdrops and even the obstacles you jump over and hide behind are fantastic.

Aside from moving from scene to scene and occasionally completing a fetch quest, there will be encounters where you find gang members you’ll need to take out. These standoffs are turn-based, and by default, you have two action points at your disposal. First up is the movement which takes up one point. A path overlays the screen to show you your options, and you move the stick to where you want to go, but there is also an extended dotted path which means you can go that little bit further, but at the risk of using two points. This is an excellent option to get out of a tight corner, or to take the offensive to the enemy but it does leave you wide open.

The main plan of attack is precisely that: the attack. You have a standard attack with your gun that allows up to two shots, depending on the weapon. Selecting the attack from an onscreen wheel, you then have to line up your shot, and this is done with the right analogue stick. There will be a faint white line for trajectory, and you line up your shot and press A to pull it off. If successful, the shot will take off the health of the enemy, completely miss them or embed into a destructible item that both you and the outlaws can take cover behind.

In addition to the standard shot, Jack also has special abilities that are unlocked as you progress. They operate on a three-tier system of The Good, The Bad, and The Ugly. You needn’t be too concerned of the path, but the ability is related to which tier you opt for, i.e. it might be a more honourable power shot for The Good or a deceptively wicked shotgun blast for The Ugly. I predictably always choose the good path, but the temptation of better abilities led be down the dark path. 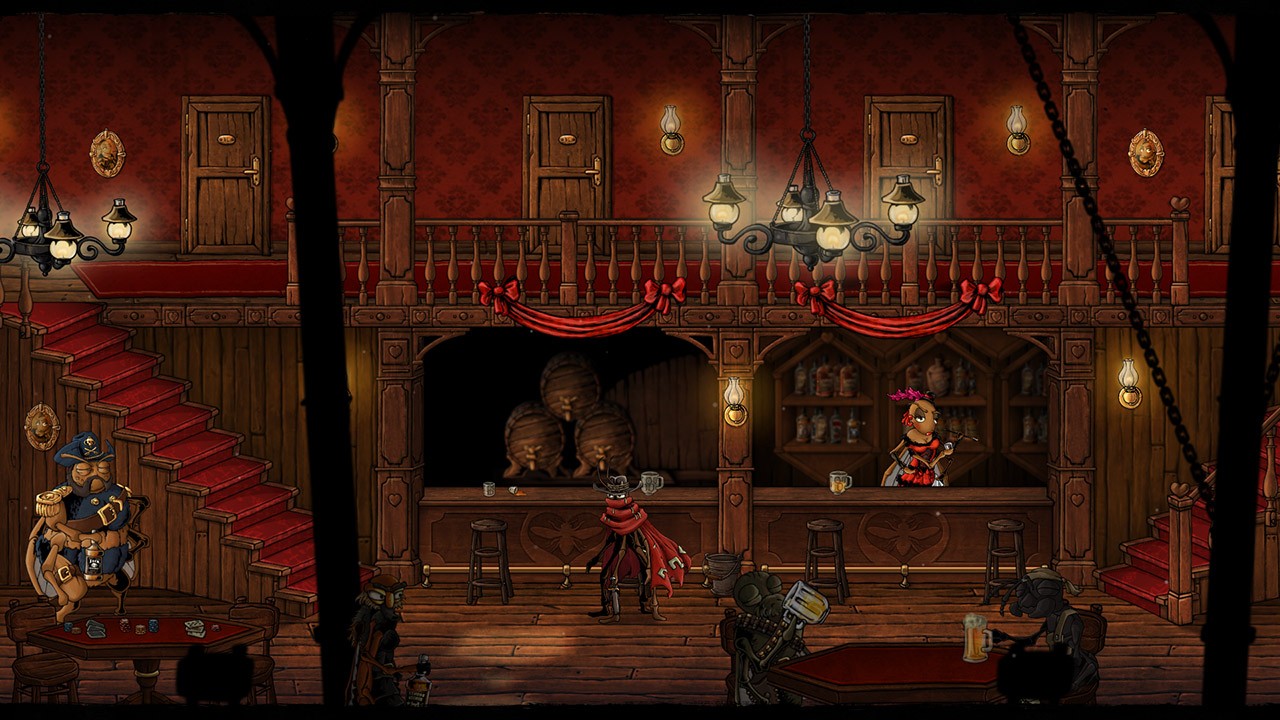 There’s no doubt about it; Blood Will Be Spilled feels like a very polished production. You can instantly see the work that has gone into the character designs, scenery and various assets, but that doesn’t mean you won’t notice the awesome soundtrack, fantastic acting and the storytelling techniques that build up this Rango-like world full of bugs. Blood Will Be Spilled isn’t anywhere near the epic size of a game like Red Dead Redemption 2, but in context, it does feel like an epic western adventure with all the ingredients one would expect from the story alone. While it’s a predictable narrative, it’s an enjoyable one, and the interactions with characters work well with creating a good spin on the genre.

For all the production values, Blood Will Be Spilled is a relatively short game and could take most players a few days to complete without binging it. You could finish it in one sitting, but what’s the rush? You need to soak up the atmosphere in this one, but also take your time as the battle sequences do require a strategic approach. The difficulty of these sections is good, but the key thing to take away is being constructive with your action points. While ammo is infinite, you do need to reload, and that takes up an action point. During some of the platform sections you can use the gun to unlock new areas and reload on the fly (insect joke) by pressing R1, but this can’t be through battle.

Who’s this for? A strange one but it’s probably better suited to those who like an old-fashioned turn-based game. It’s not as in-depth as a typical JRPG, for example, but the story elements and platform sections bulk up the game into a larger package. I wouldn’t recommend it as a platform game specifically; however, these areas are more of a vehicle to get from one place to the next and as mentioned, a little uninspiring and slow. The imagery is pretty though.

Blood will be Spilled Review

Blood Will Be Spilled ticks all the boxes for a western theme, only with insects at the helm. It’s somewhat slow-paced both in the combat sections and also the platform parts, but overall a decent homage to the Wild West.