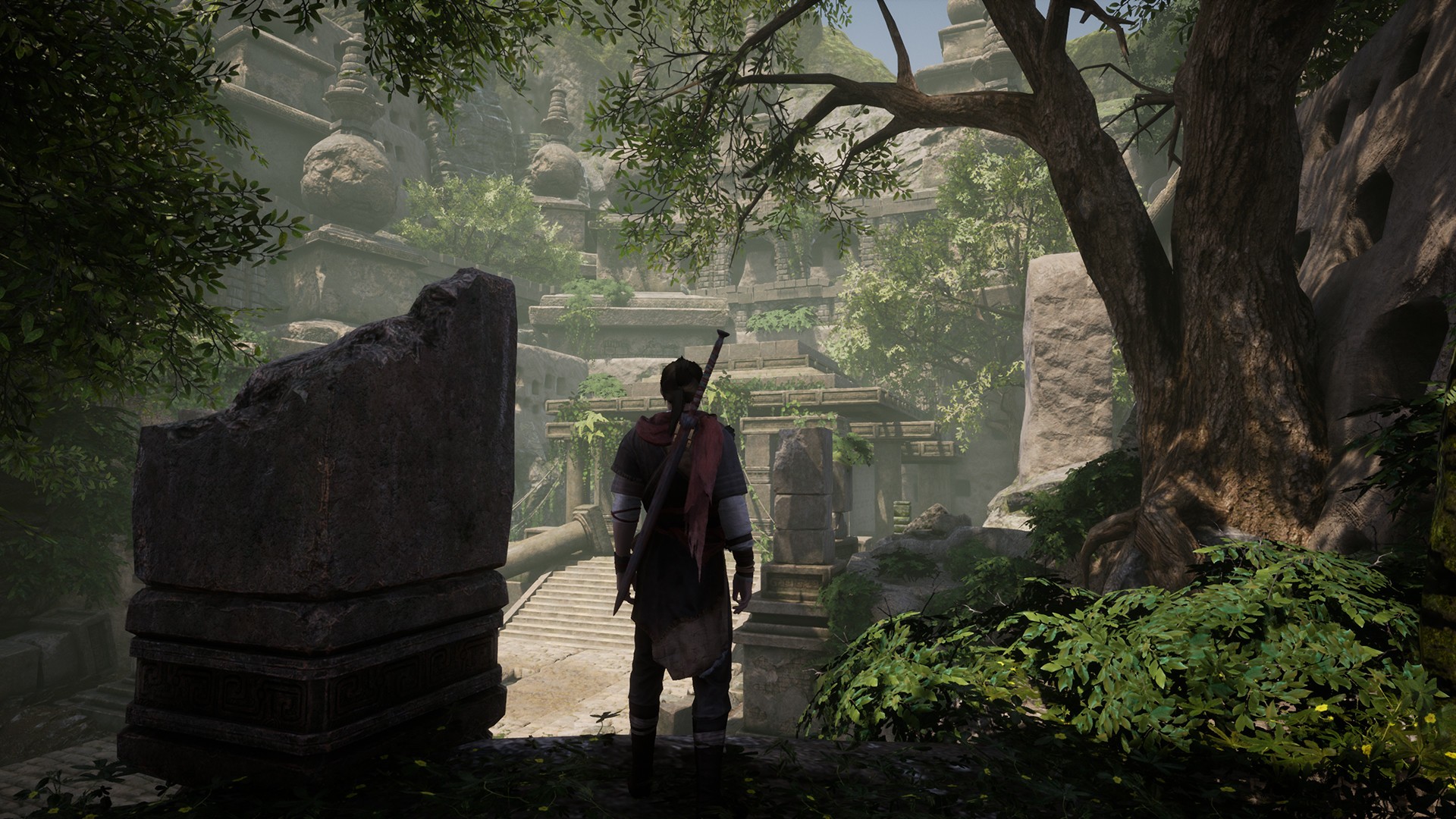 I guess I’ll never stop being amazed by what I manage to get my hands on. Despite playing video games for over 20 years, this is the first time that I’ve ever heard about the Xuan-Yuan Sword franchise. However, what’s even more surprising is the fact that the first entry in this series dates back to 1990. Xuan-Yuan Sword VII is a narrative-driven action game that borrows a lot of elements from RPGs, but, ultimately, due to its linearity and the way that it’s structured, the way that the game describes itself might not be the most suitable.

The game takes place in the realm of Xuan-Yuan, which is heavily inspired by ancient Chinese mythology. Given the game’s setting, the fact that the developers are based in Taiwan, and considering that the Xuan-Yuan Sword series is relatively new in the West, I wasn’t surprised by the fact that the game is fully voice-acted in Chinese, having only English subtitles. With that said, the English translation isn’t the best, but whatever mistakes it has are easy to ignore since you can actually figure out what the game means or is trying to convey.

The plot revolves around Taishi Zhao (the player) and his sister, Xiang, as they find themselves wrapped in a race against time to not only save themselves but also to save the world they know from an ancient evil. The game is extremely linear both in terms of story delivery, there’s no player agency, as well as in terms of actual level design. Basically, the game world is composed of several areas that you’ll unlock as you progress through the story, and while these areas might initially give the impression that the game takes place in an open-world, the game is actually quite linear. Although these areas are open and allow you to do some exploration, they’re pretty much just wide corridors which you must traverse.

With that said, there’s actually a fast-travel system in the game, but this can only be used when you interact with specific waypoints in the world. Still, these fast-travel points aren’t really conveniently placed, often just leaving you in the middle of nowhere and a bit far from where you actually want to go, forcing you to walk for a while every now and then. I don’t see why these aren’t just placed in the main areas where you’re bound to be travelling to complete side-quests, shop and whatnot. Nonetheless, there’s barely any backtracking in the game, so this doesn’t actually end up that big of an issue if you just stick to completing everything in order. On the other hand, as you explore the world, you’ll run into plenty of those annoying segments where you have to squeeze through a crevice or crouch through an opening in a wall or a cave. It all just seems highly unnecessary to the point where it makes me think that these just exist to serve as a loading screen while the game renders the area on the other side of these passages. If that’s the case, I understand the need for this, but it still feels weird and breaks my immersion. 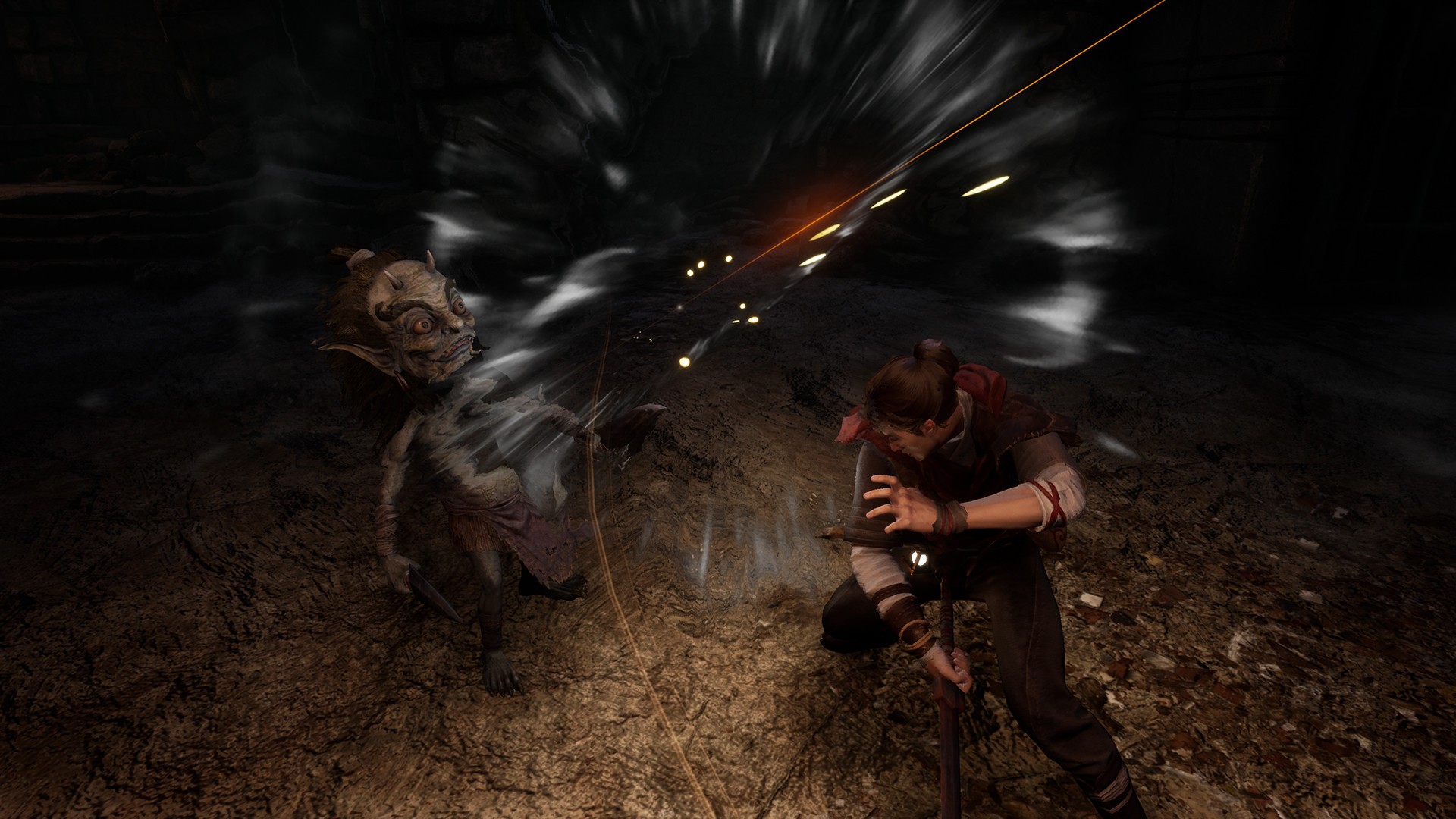 While you’ll spend a lot of time running around throughout the world and being exposed to the story through cutscenes, most of the gameplay comes through combat. If you’ve played other action RPGs, then this will feel extremely familiar, as the game’s combat is rooted in a stamina and lock-on system. However, there’s one thing that is quite odd about the lock-on system, which is the fact that when you lock-on to an enemy, the camera tilts downwards when you get close to it, thus preventing you from seeing what’s ahead of you. In any case, the game isn’t challenging at all, you can easily defeat any enemy by just spamming your attacks and dodging in case some other enemy is attacking from another side that isn’t stun-locked by your attacks. Overall, I was somewhat disappointed by this aspect, as it pretty much turns the game to a spam fest, unless you’re in a boss fight. That being said, some of the bosses feel like just normal enemies with lots of health, they don’t really present any challenge, but a couple of bosses are actually well made and particularly terrifying to look at.

Although you can get away with spamming your basic attacks when dealing with regular enemies, there are a series of attacks that you can unleash, depending on your martial stance, which grants you unique moves and can be changed on the fly, and you can obviously also block and doge. The martial stances are unlocked fairly early on in the game, and each focuses on a different type of attack, one might allow you to stun enemies by repeatedly punching them, while another allows you to thrust hard with your sword to deal extra damage. On top of that, you’ll eventually have two companions that will follow you around and aid you during fights, and each one of them also grants you a unique ability that you can execute during combat. Still, there isn’t any synergy between them, if they die, they are on a cooldown timer, and the same goes for each of their signature abilities that you can use.

Still, even though each character features their own set of moves and attacks, each one only has access to one main weapon, just like yourself, which you can upgrade multiple times to increase its stats. There is a crafting system, which allows you to craft new pieces of armour or trinkets that increase your stats, but this is fairly rudimentary, as each new piece of gear is just a straight-up upgrade of the previous and there isn’t really any room to come up with various builds that grant you different bonuses. With that said, one thing that did irk me was the fact that, although you can sell some items to merchants, for some reason you can’t sell equipment that you no longer need.

Like it seems to be the case with most action games nowadays, Xuan-Yuan Sword VII also features a handful of puzzles here and there, despite not presenting that much of a challenge. I’m well aware that a lot of people don’t mind when action games throw a puzzle into the mix, but for me, it just breaks the flow of the game as it’s not really an element that quite belongs in the genre. What bugs me the most about this though, is the fact that, while you can quickly figure out how to complete a puzzle, the animations that you have to go through when interacting with whatever you need to use to complete the puzzle can be really slow. 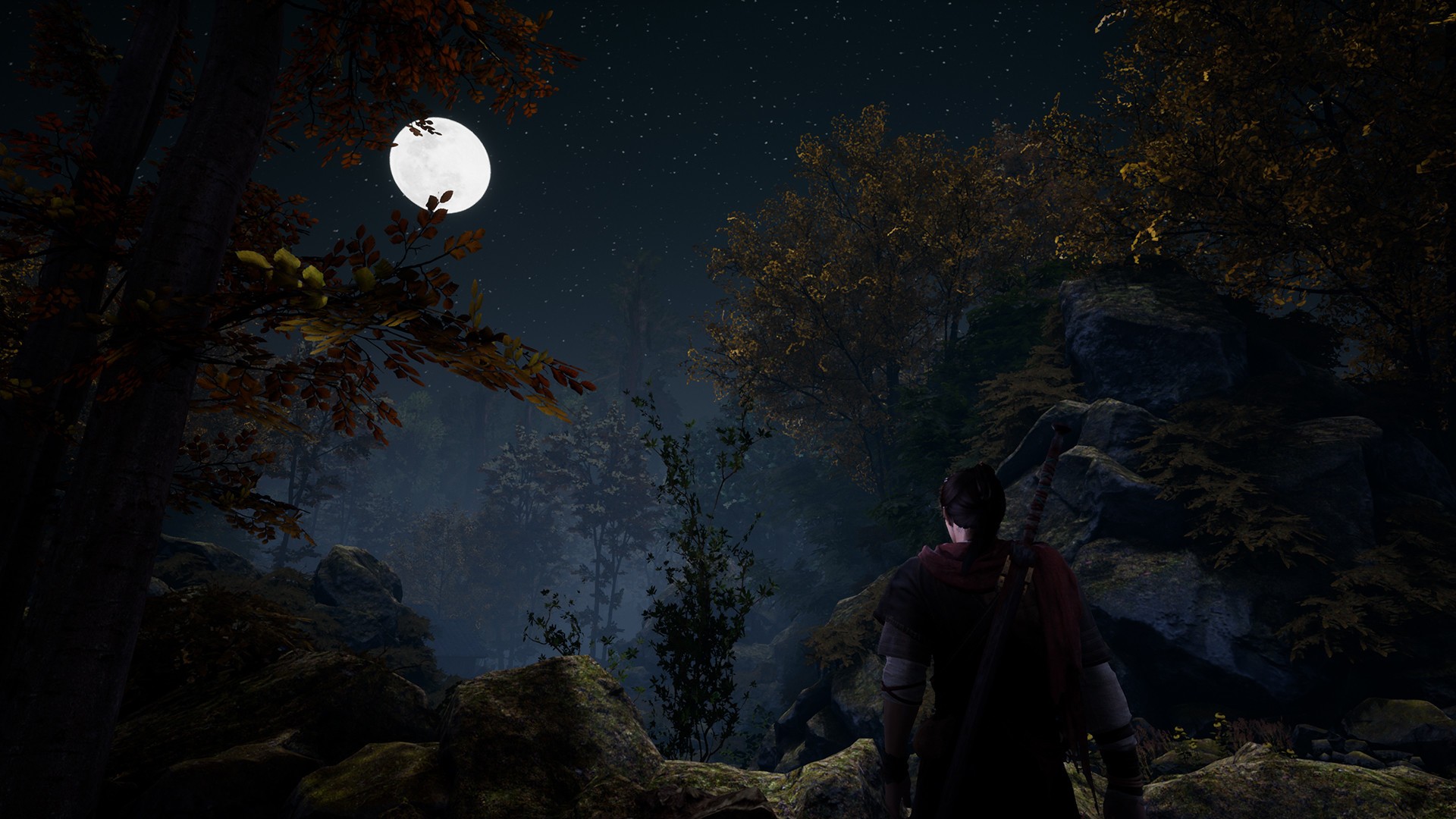 Now, I feel like part of the reason why I’m not the biggest fan of the game’s level design and the way that it’s structured, is that the game can both have some good-looking scenery in a few places, while simultaneously looking quite dull in others. Overall, the game looks decent, with the open areas with lush green vegetation being the highlight for me, but dungeons and anything else that is indoors just looks empty and shallow, barely having anything else other than a few boxes or breakable pots. On top of that, some walking animations look extremely weird and off-sync, and the facial animations are really dull, sometimes even making you doubt if a character has just said something in a jokingly manner or not. Likewise, work in the sound effects department is lacklustre, there aren’t really any environmental sound effects, most of the time all you can hear is the sound of footsteps as you run, and sure, these are small things, but it’s the small details that make experiences memorable. In contrast, and surprisingly so, the game boasts a fantastic soundtrack which immediately caught my attention when I loaded the game for the first time. It’s already on my “Gaming OSTs” playlist.

As far as performance goes, I was expecting this to be a demanding game, but, even on my 6-year-old rig rocking an i5-4460 and a GTX 970, I was able to play pretty well with High settings with at least 60 frames per second for most of the time. It’s also worth noting that although you can perfectly play the game with mouse and keyboard, I found it more comfortable to play with a controller.

After spending about 14 hours with it, the time it took me to reach the end of the game, I can safely say that Xuan-Yuan Sword VII is a decent enough game for what it is. It might not bring anything new to the table as far as gameplay is concerned, and things such as combat and exploration might feel repetitive and unrewarding at certain times, but I found its story and characters to be quite enjoyable and the main factor driving me forward towards the end of the game. It’s a reasonable action game that some people might find worthwhile, especially if you’re into Chinese mythology, but, even if you’re not, like me, the plot still remains interesting and you don’t really feel like you’re missing out on anything.

Sure, the English localization could use some work and the game could certainly use a lot of polish in some places, and this is definitely not the next Dark Souls or The Witcher, but even then, Xuan-Yuan Sword VII has been quite the surprise to me, especially when you take into account that this isn’t a full-price game. Honestly, I really hope that more Asian studios keep bringing their games to western audiences and that they take cues from the developers of Xuan-Yuan Sword VII and release demos, as that’s how I heard about this game in the first place, it was all thanks to a Steam game festival showcasing demos. Overall, if you fancy an action game that doesn’t take place in your typical medieval setting, Xuan-Yuan Sword VII is a solid choice.

Xuan-Yuan Sword VII is a decent enough game for what it is. It might not bring anything new to the table, nor have the best combat, but its story and characters which are rooted in Chinese mythology might make it a worthwhile experience for some people.