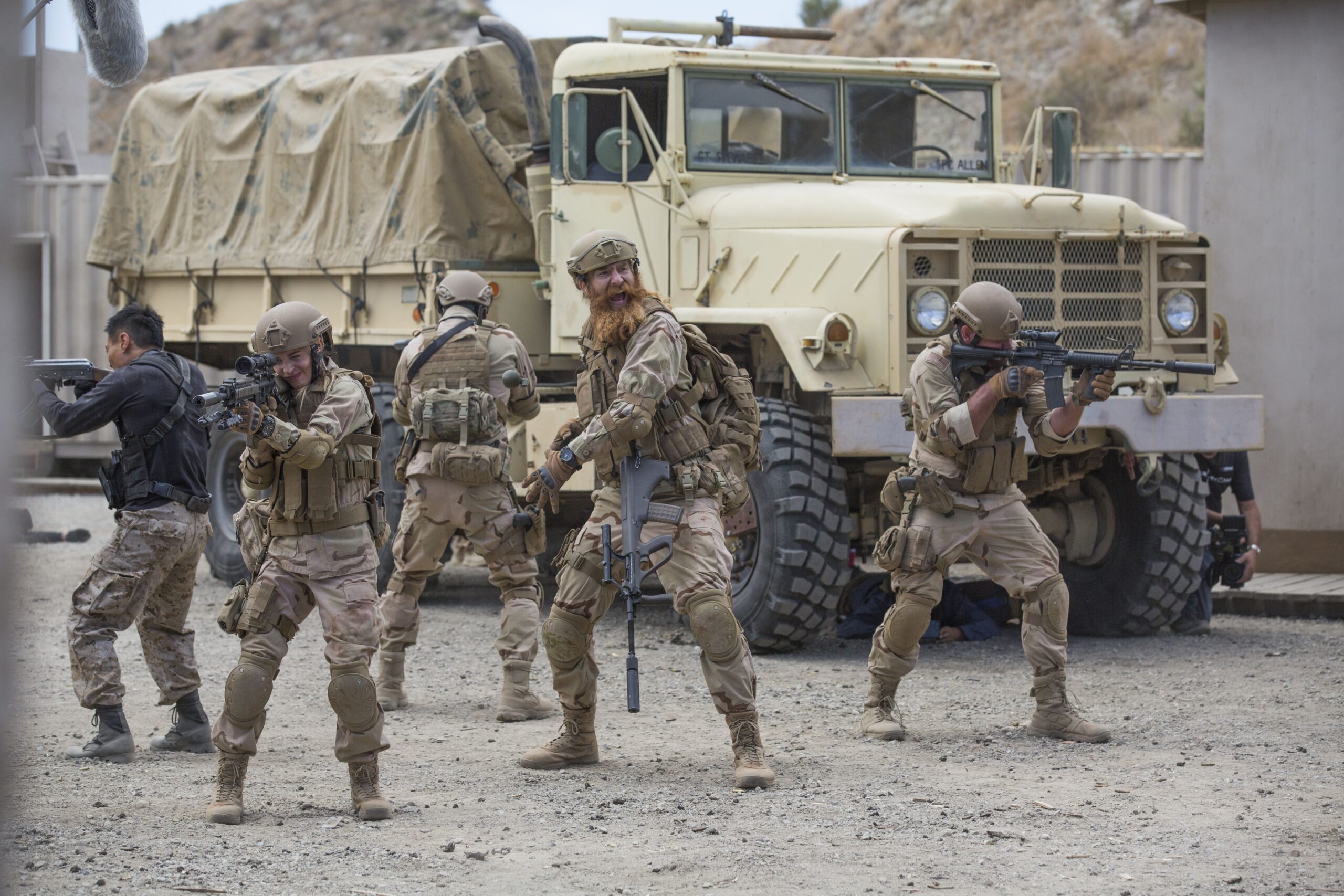 If there’s one thing I love about video gaming, then it’s the ability to live out scenarios, in a virtual sense, that you may never experience in real life or, my personal favourite, re-enact moments that you may have watched in a movie. Be it a move tie-in or a genre that runs along similar themes to a favourite film, you can’t deny that satisfaction of re-living events or mimicking actions in a solo or online capacity. Take Call of Duty for instance, its campaign missions or online play lists make for some satisfying wartime scenarios that bring out the ‘Rambo’ in us all. If that’s you, then you may enjoy the trilogy of Rogue Warfare (2020) films, especially with its conclusion in Rogue Warfare 3: Death of a Nation (2020) as it prepares for a digital release on the 13th of April 2020.

Directed by Mike Gunther (Star Trek: Beyond, Transformers: Age of Extinction) and distributed by Saban Films, this conclusion to the trilogy sees the team of coalition elite forces resume their pursuit of the Supreme Leader (Essam Ferris. NCIS: New Orleans, Seal Team) and his threat to the world within the terrorist organisation known as The Black Masks. With the extremist group ever closer to priming their dirty bomb, Daniel (Will Yun See. Rampage, San Andreas) and his team have only 36 hours to find the bomb, eliminate the Supreme Leader and save the world from an imminent terrorist threat. However, haunted by the demons of his time in captive at the mercy of the Black Masks, can Daniel face his ghosts and keep his team in focus to achieve their mission objective, or will he crumble under the pressure of his tour of duty?

Once again, the cast reprise their roles as the elite specialists, with Jermaine Love (Raising Whitley, Hollywood Divas), Bertrand-Xavier Corbi (The Outsider, Bright), Katie Keene (What Lies Ahead, Sandbar), Rory Markham (Bumblebee, Bad Boys for Life) and Fernando Chien (Fast Five, The Last Ship) under the command of Commander Brisco (Chris Mulkey. Cloverfield, 48 Hrs), in their pursuit of the Supreme Leader and his Black Mask organisation. 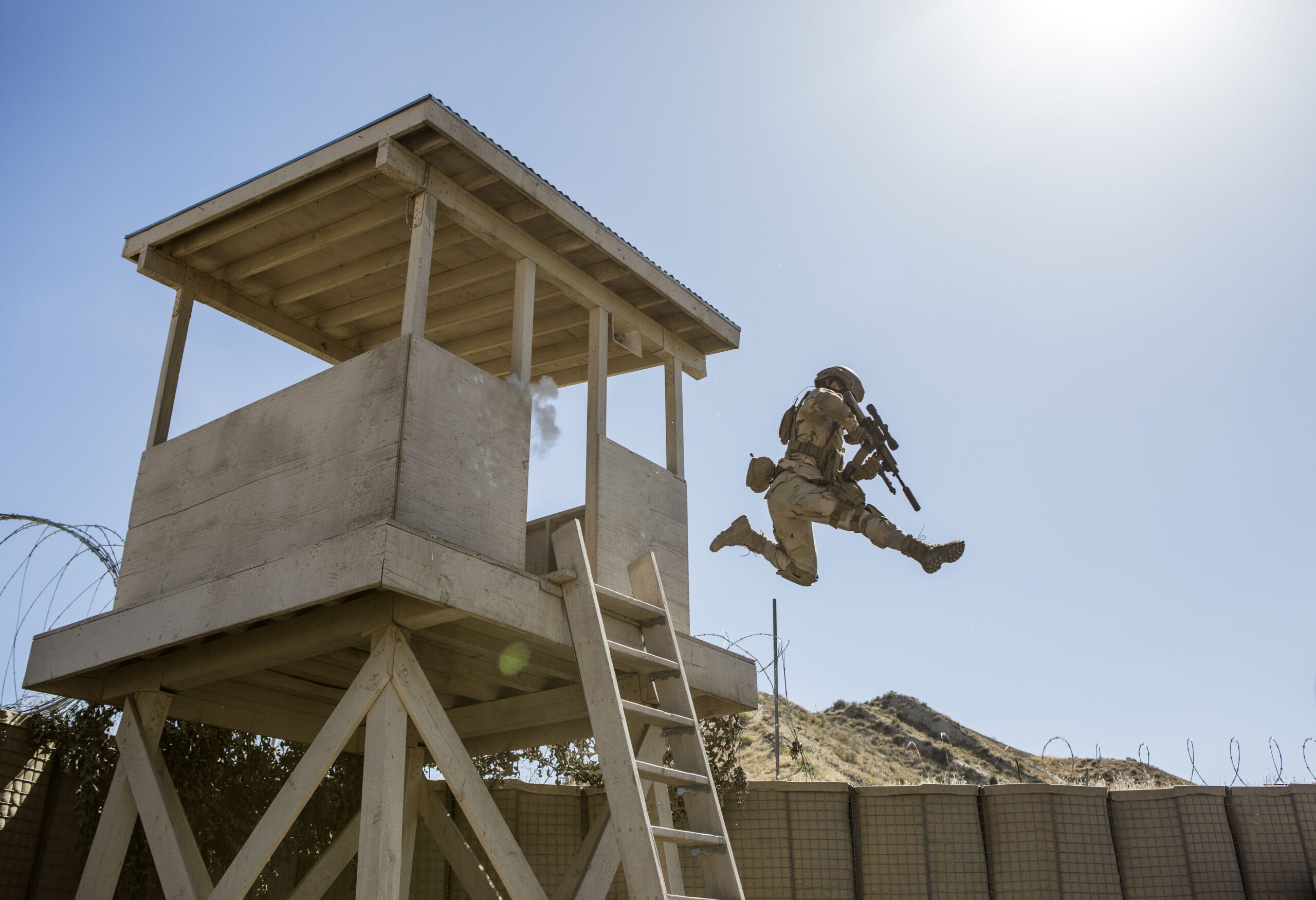 With Daniel back from the brink after his captivity, the team now have a strict deadline in which to resume their pursuit of the terrorists and put an end to their threat of detonating a dirty bomb. With this culmination of the trilogy of films, the focus here lies solely on the preparation for their biggest and most dangerous mission yet. However, with the nightmares of his ordeal haunting him, Daniel has to face another battle of his own in a personal warfare of the hauntings of The Supreme Leader. With the film’s focus being solely on the conclusion of their overall mission, this third film of the trilogy runs a little slower than the previous two movies; especially when compared to Rogue Warfare: The Hunt (2020).

The majority of the film focuses on the narrative of the team getting back together and the conflict between them, as well as the personal thoughts and feelings between the Supreme Leader and his confidante. With a lack of action sequences throughout the film, this final outing can take a while to ignite. However, it does help to build an anticipation towards the final events of enemy infiltration and combat sequences that bring a closure to the story. As with the previous two films, the cast do an above average delivery of the script, although the production values as a whole are pretty much let-down by some amateur camera shots, editing and acting.

This is all further brought down by the constant lack of military tactics that has plagued the entire trilogy. Supposedly being the best that the world can offer, this team of elite combatants do nothing but constantly argue with each other, bunch themselves up in a group, perform daylight raids and stand out in the open for everyone to see. In this respect, the film never portrays any sense of realism in what it is trying to convey. However, for fans of the action genre or video games such as Call of Duty, there’s enough entertainment here to warrant an evening’s viewing; despite its sub-standard elements in some of its production. 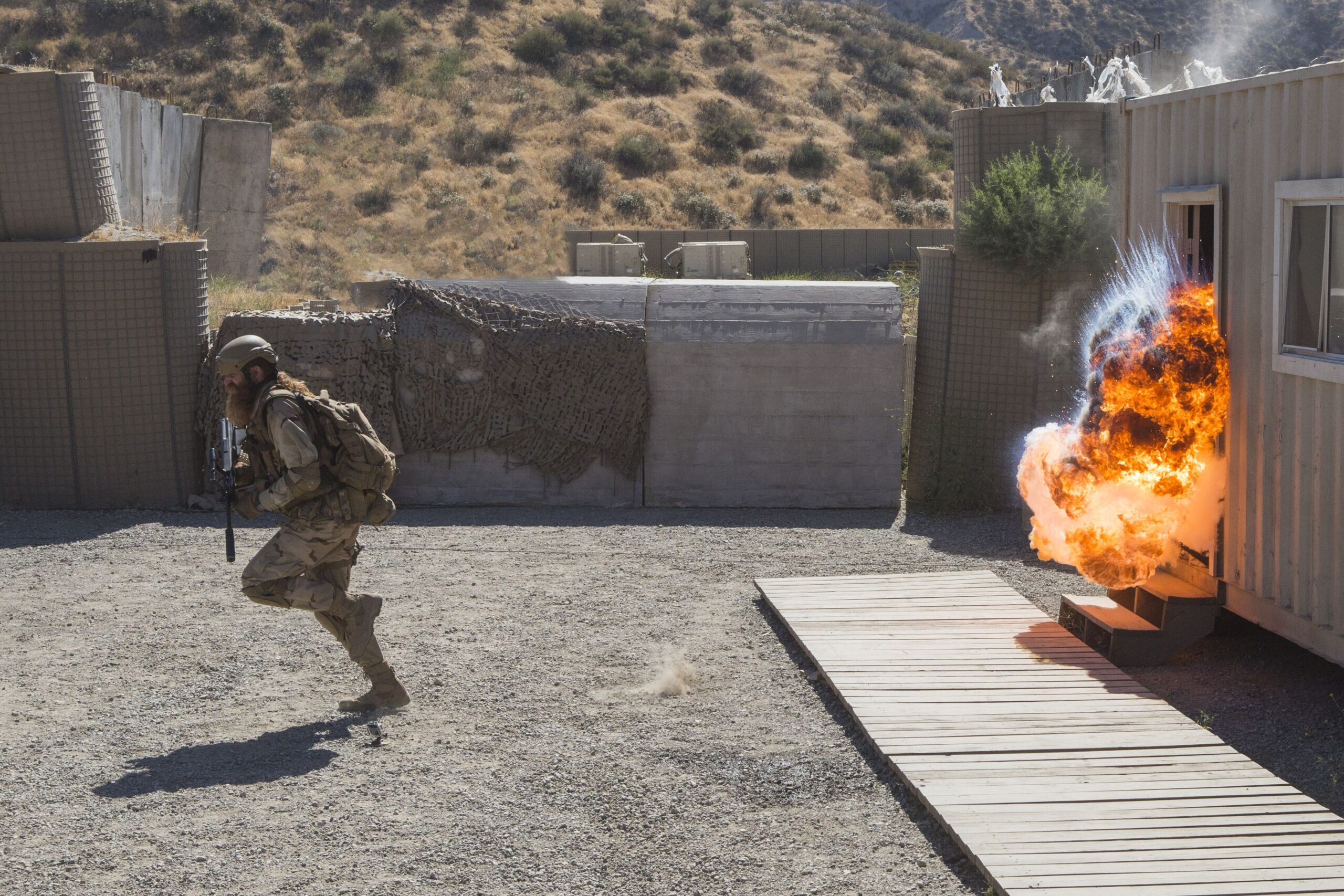 If you’ve followed the series from the beginning, you can find an attachment to the cast of characters within this final instalment. However, as the movie progressed, I found myself becoming all the more frustrated with how they perform as a group. Despite their constant bickering and differences from cultures and countries, the team themselves never seem to put aside their differences and develop; despite being in the front line and fighting for their lives. There are moments when the movie does try to convey this, but in reality, it’s often too little, too late and never truly captures what it is trying to convey in this respect.

Although not the weakest of the three entries, the ultimate premise of this third movie never lived up to the expectation that I was expecting; at least in terms of an explosive ending to the trilogy. In many ways, I couldn’t help but feel that the second, and most exciting, movie of the trilogy was nothing but a distraction and this third instalment, more or less, picks up from the first movie. This is largely due to the storyline arcing back to the main mission of confronting the threat of the terrorist extremists, rather than embarking on a side-mission due to unfortunate circumstances. In many ways, this is a trilogy of films that could have been more effective through a concision of script, with the movie often containing segments that add nothing to the formula when they could have been cut and the time used in a more effective way; at least, within my own personal opinion.

Overall, Rogue Warfare 3: Death of a Nation provides a satisfactory end to the whole trilogy; although there’s never any particular twists, shocks or anything new to keep the viewer guessing. Everything here is distinctly ‘by the book’; something that has been a concurrent theme throughout the three films on offer here. I also have to admit to have being slightly disappointed with the final shots of the film, even though it does bring closure to the whole story. This third outing isn’t the strongest of the trilogy and in the overall context of all three films together, offers a series of action/warfare films that are watchable, but only if you can see past its inadequacies in some of its production values. It plays more like a televisual series, rather than a Hollywood movie, but if you’re a fan of action movies, then these three movies, as well this final outing, just about holds enough to warrant a viewing of this battlefield.

The Black Mask organisation coordinates a twisted plot which will devastate the world within the next 36 hours, as the team fight to a conclusion with Rogue Warfare 3: Death of a Nation.