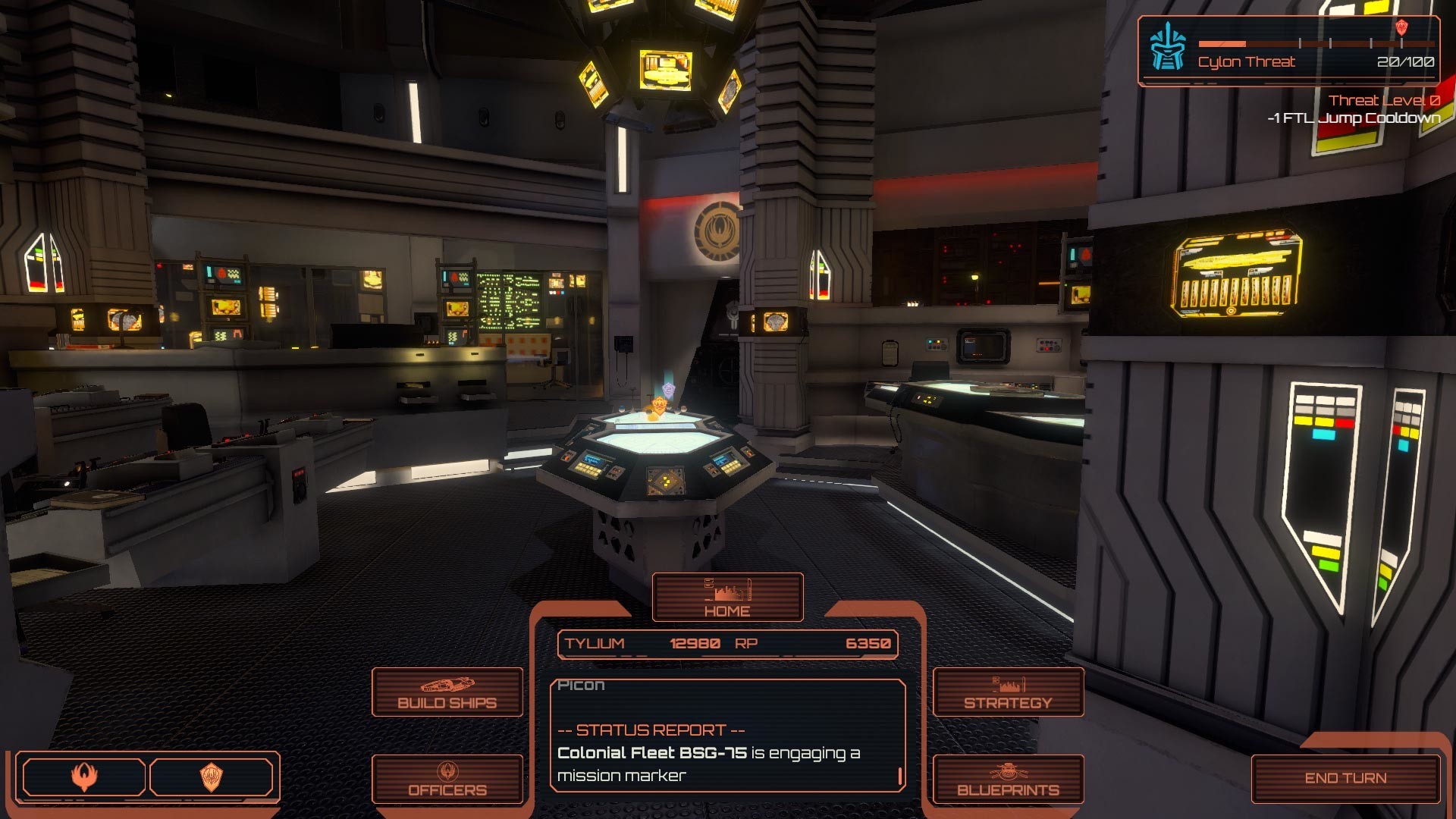 Even though I love Battlestar Galactica Deadlock and have been tremendously enjoying its progress over the past two years (turning 3 this August!), I’m going to spare myself and the reader and just point out that the base game has been reviewed twice here on Bonus Stage, by Ryan Brown and Lewis Baglow. So, if for some reason you’re checking this review without knowing anything about this game, I highly encourage you to check those reviews out.

Resurrection is the first DLC from Season Two of Battlestar Galactica Deadlock, and very much like The Broken Alliance and Sin & Sacrifice from Season One, Resurrection not only offers a brand new campaign, but also a couple of new ships. For the Colonial Fleet, the Jupiter-Class Battlestar gets an upgrade under the designation of Jupiter MKII, and also a new mysterious squadron of fighters. Meanwhile, the Cylons receive the Cratus-Class Battlestar and a new squad of swarm bombers.

The campaign of Resurrection features 10 fully voice-acted missions, which take place three years after the fall of Daidalos, when BSG-75 hid the Battlestar Galactica in the depths of the oceans. Resurrection starts off with the “resurrection” of Battlestar Galactica, as it receives a few upgrades that turn it into the Jupiter MKII Battlestar, thus making it once again ready to rejoin the Colonial Fleet in the fight against the Cylons.

On top of these additions, Resurrection also revamps the strategy element that takes place between missions. With this expansion, the management of your fleets and missions is much more streamlined. While this does oversimplify things when compared to the base game, this is done so that you can get into the story missions quicker by cutting all the colony and fleet management that you had to do previously, which is fine by me. With this in place, you can expect at least around 9 hours of content if you focus on only doing the main story missions. 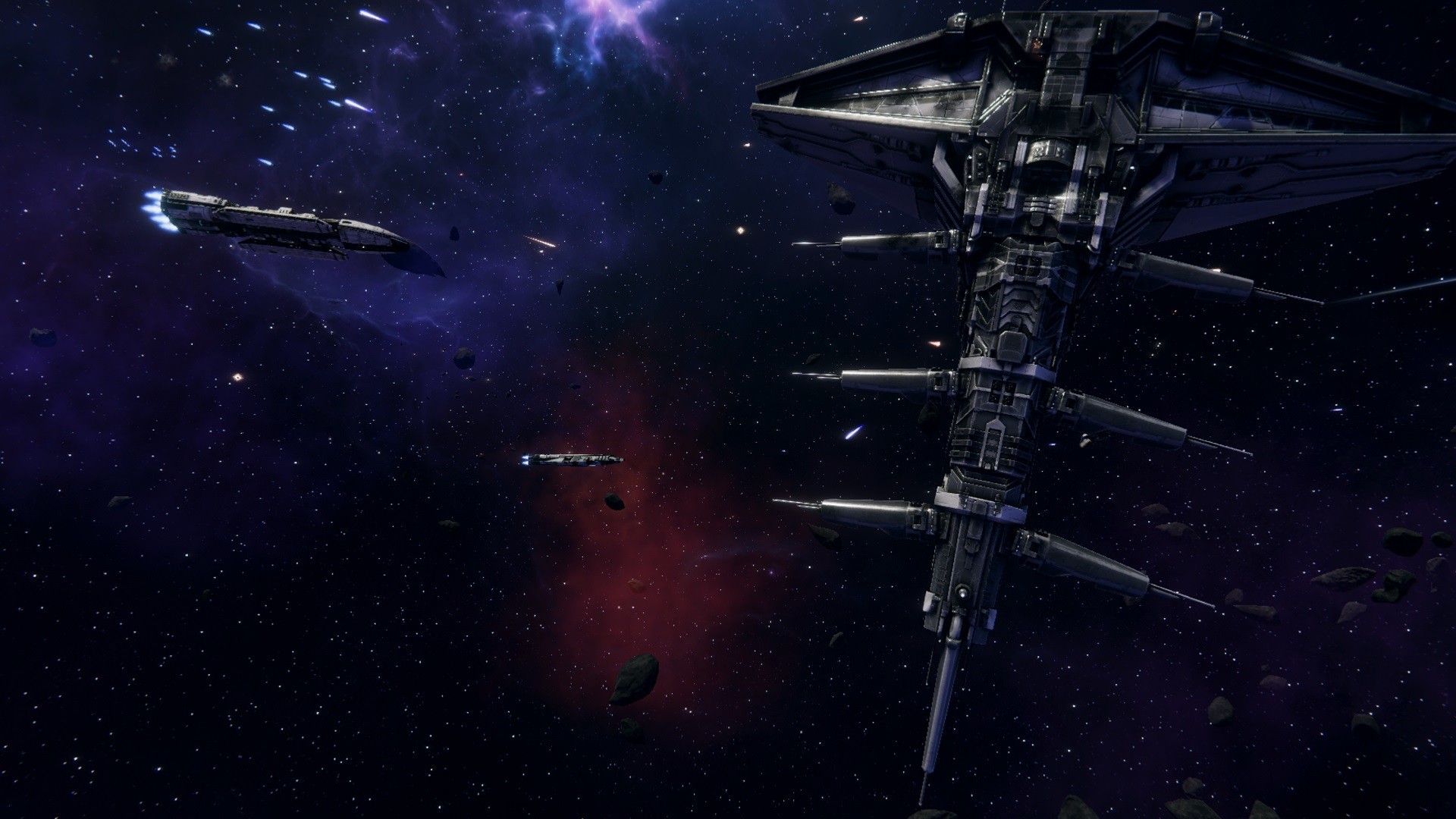 Besides what has been mentioned, Resurrection doesn’t really bring anything else that’s new. If what it offers is worth your time and money, I guess the answer to that will vary from person to person. Even though mission structure remains pretty much the same, the new ships are a nice addition and a new Battlestar Galactica campaign is always engaging for me, but more than that, the new strategy layer is undoubtedly refreshing and a great change of pace.

Ghost Fleet Defensive is the latest and second DLC from Battlestar Galactica Deadlock Season Two, and much like the expansions that came before it, it brings along a new campaign with 10 story missions and few new ships. This time around the Colonial Fleet receives the Orion Recon Frigate, equipped with stealth technology, and the Defender Support Specialist, a ship whose sole purpose is to reinforce and bolster the defences of its allies. On the other hand, the Cylon Fleet not only gets the Medusa Command Ship, but it also receives new ammunition types, Cluster Nukes and Virus mines, which will cripple any enemy ships subsystems within range.

If you’re a Battlestar Galactica fan, chances are you already know what the Ghost Fleet Offensive is all about, but even if you don’t, you’re in for quite a treat. While in the public eye it might look like the Colonial Fleet has been racking up victory after victory against the Cylons, that assessment couldn’t be further from the truth. It turns out that the Cylon Fleet has been hitting hard and fast, quickly getting closer and closer to the colonies. That is where the last-ditch Ghost Fleet comes into play. The Ghost Fleet is essentially a fleet composed of ships thought to be lost or destroyed, that’s being kept inside Cylon territory unbeknownst to many in the fleet, the public, and the Cylons, ready to be used when the need for a quick and swift offensive arises. 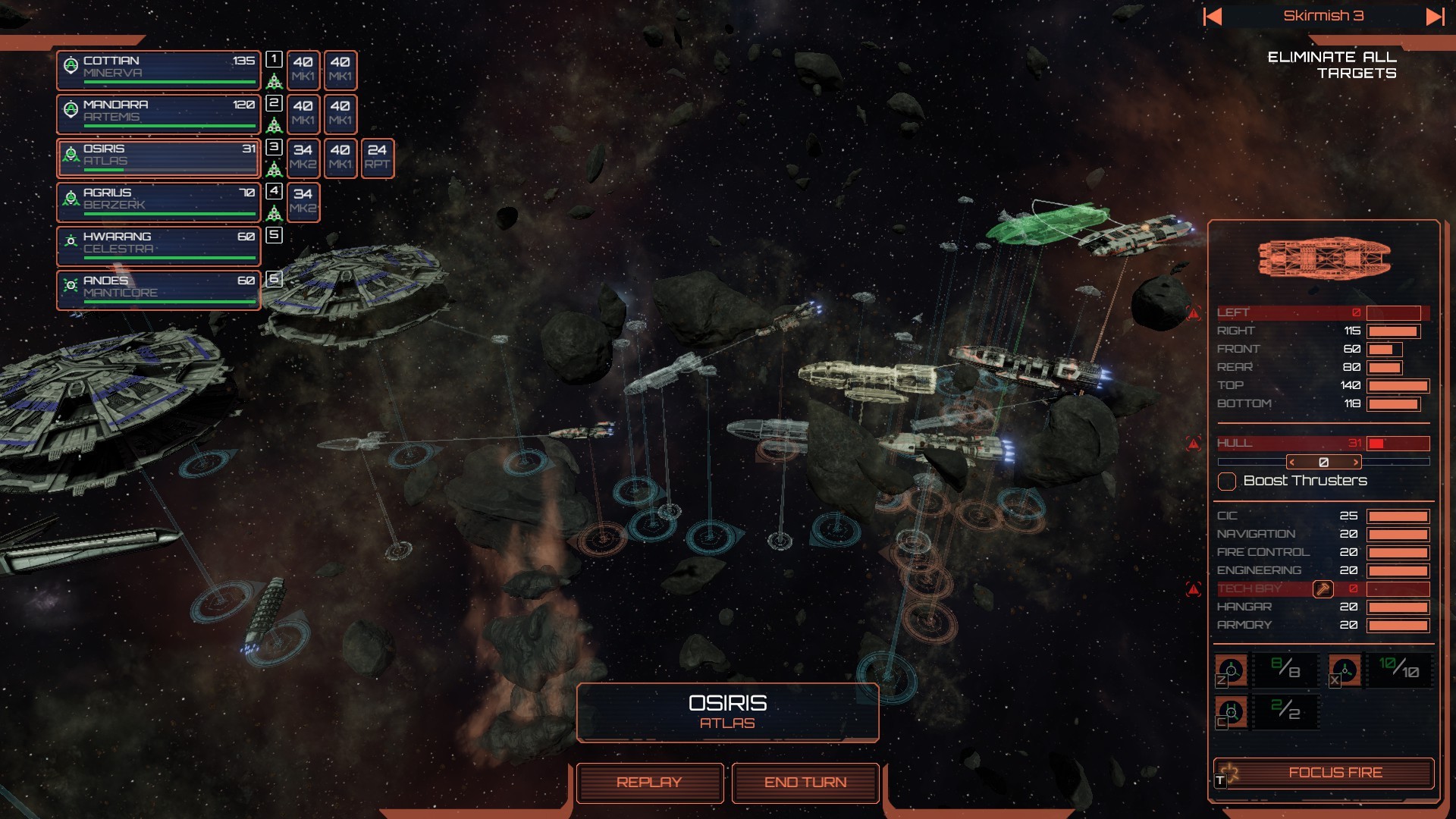 Obviously, how long it takes to beat a game, or a DLC in this case, isn’t everything, but in this case, I can say that this was probably my favourite DLC. The last few encounters in the campaign are well-put-together, they’re tense and they made me grit my teeth. Without spoiling anything, all I can say is that you can expect to face overwhelming odds, and nothing feels better than coming out on top in a game like this, especially when you’re outgunned and outnumbered.

The strategic layer revamp that was introduced in the previous expansion, Resurrection, remains in place, and it’s also worth mentioning that you can import your save from Resurrection, meaning that any ships you had and all the blueprints that you researched will carry over. In any case, both Resurrection and Ghost Fleet Offensive are great additions to an already amazing game. Both try to spice things up by introducing some kind of new mechanic, on top of adding new ships to both fleets and expanding upon the Battlestar Galactica saga in terms of content. Despite there being plenty of room for improvement, this is the way that DLCs should be done.

Both Resurrection and Ghost Fleet Offensive are great additions to an already amazing game. This is the way that DLCs should be done.