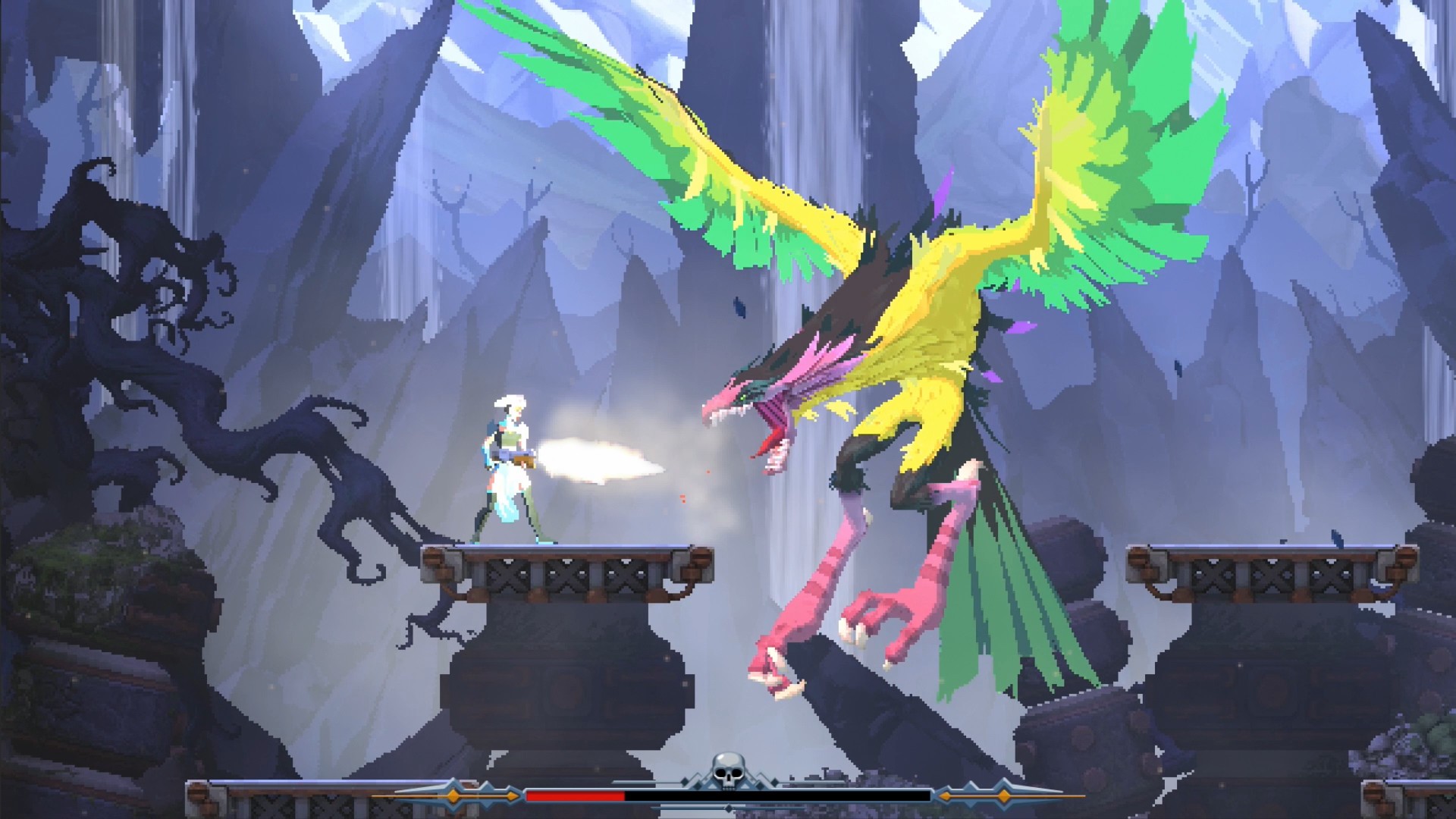 First things first, while Foregone might look like yet another action-based roguelite platformer, I can definitely assure you that is not the case. Foregone is indeed an action platformer, but that is pretty much about it. While the game does feature elements from metroidvanias and the rogue genre, the developers seem to have decided to take the things that they enjoyed most about other games and applied them to a more linear structure.

That is where Foregone seems to set itself apart from similar titles in the genre. Foregone focuses not only on character customization, but it also places a surprising emphasis on storytelling and worldbuilding, even if it’s done so through just environmental details and a couple of well done voice-acted lines here and there. Players take on the shoes of the first Arbiter, a breed of super-soldiers designed to face the Harrow forces, which have invaded the highly advanced technological city of Calagan. At the moment, the game doesn’t really provide much more concrete detail as to what are your goals within this world, other than it seems that you are hunting a list of targets which take on the form of bosses.

If you’ve played titles like Dead Cells, Bloodstained, or any other Metroidvania in the past, then Foregone will immediately make you feel right at home. At first, the movement might feel a tiny bit slow and floaty, but that’s only until you acquire some new moves. Soon enough you’ll be able to slide (which allows you to pass through enemies and avoid their attacks, as well as cancel attack animations), double jump, and dash through the air. However, since Foregone doesn’t follow the level structure of a Metroidvania, you won’t find yourself going back to previous areas to look for spots that you previously couldn’t access. 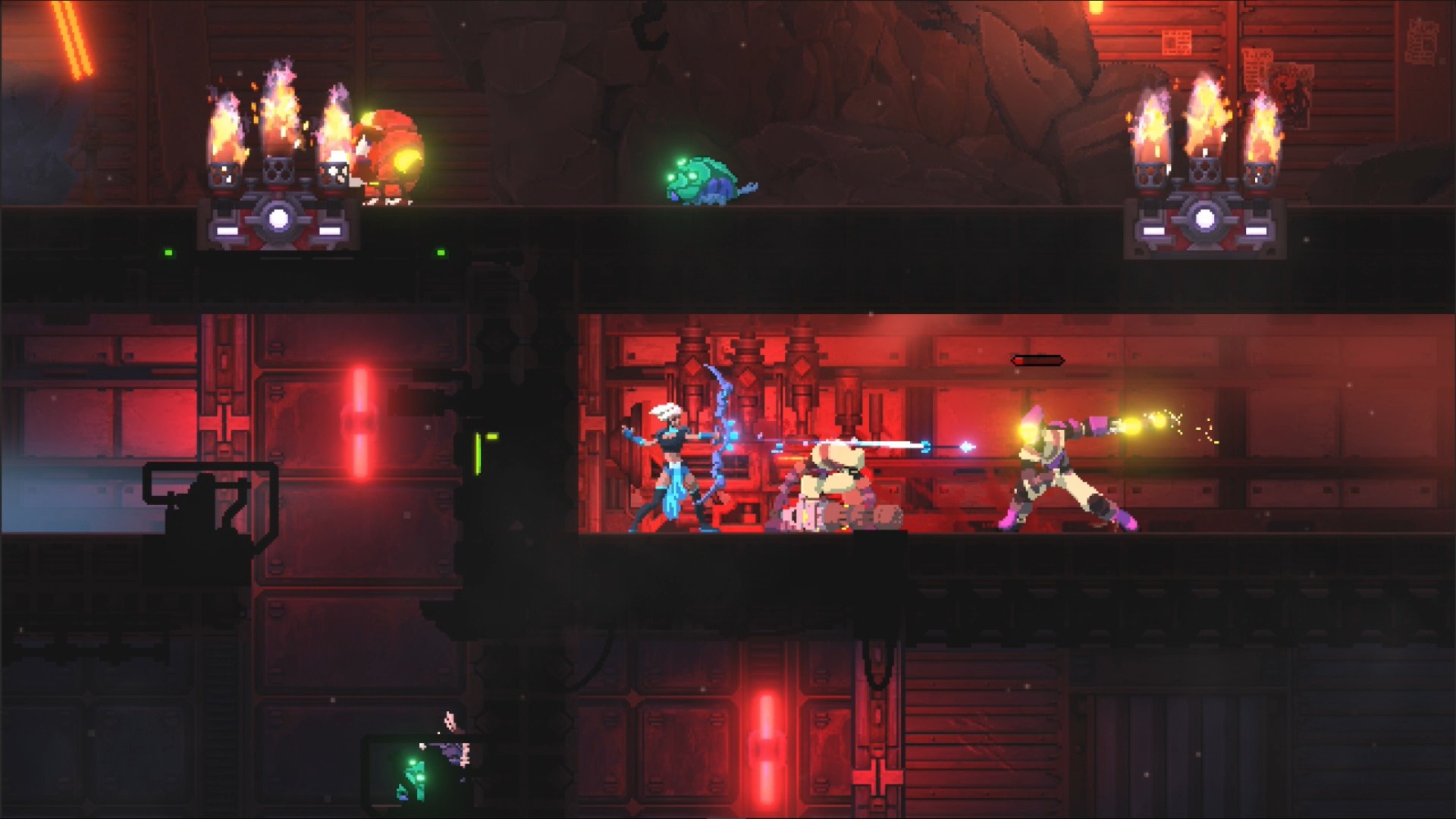 The levels that make up the world of Foregone are not randomly generated, but instead, they’re carefully hand-crafted. Because of that, the world feels seamless and quite unique, as you won’t see multiple arrangements of different chunks of level design taped together as you’d see on other games which resort to randomly generated maps. There some secret areas waiting to be discovered by those with a keen eye, and deliberately placed traps and enemies that will make your life hard.

In contrast to the linearity of Foregone’s level design, its weapons and its loot system rely on randomisation. Currently, there are 6 different types of weapons, short swords, daggers, greatswords, pistols, shotguns, and bows, and these can come with random properties, like a chance to knock back enemies or deal damage over time. Each weapon type feels quite different from the rest, and while you might favour one type over the other, you might start running into enemies, or a boss, where another weapon type is better suited to deal with them. For instance, some enemies only give you a very limited time window for you to attack them before they strike back, so in this case, you might want a weapon with higher attack speed so that you’re able to hit them multiple times before you have to avoid their upcoming attack.

The combat in Foregone looks and feels extremely fluid, and this is not only thanks to its weapons, but also thanks to how you move around and the active abilities that you’ll unlock. Being able to unleash a flurry of melee attacks, then dash through the enemy, turn back, shoot them with a ranged weapon, and then get to a safe distance to heal up is only possible due to the multiple combinations that you can come up with on the fly in your inventory. Furthermore, the fact that ranged weapons automatically attack nearby enemies also helps a lot, but I wish there was an option for players to manually aim their ranged weapons, instead of automatically firing at the nearest foe. 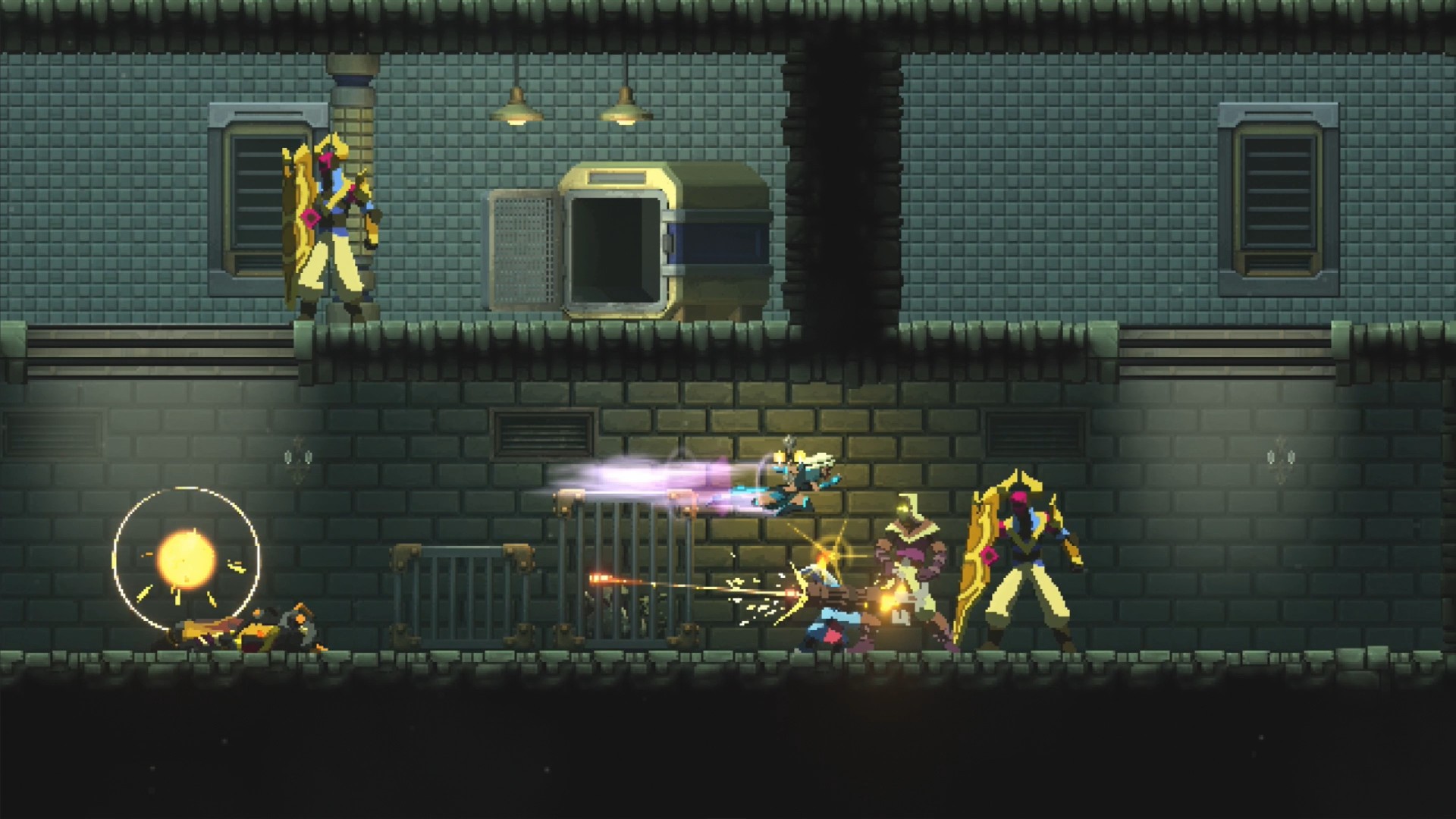 Both weapons and gear are dropped by fallen enemies, while abilities are only found in specific spots, pre-placed by the developers. Likewise, enemies also drop health, gold, and crystals. Gold and crystals are Foregone’s forms of currency, with gold being used to upgrade your weapons and equipment, while crystals are used to purchase passive permanent upgrades, like increased critical chance, health, damage, and attack speed. This is done in your Outpost, which can be accessed through the multiple teleporters that you find throughout your journey, which also act as checkpoints. If you die, you go back to the outpost and all enemies that you killed in the area will respawn. However, any doors that were previously unlocked will remain open. Initially, I was feeling that checkpoints were few and far between, especially far from bosses, but as soon as I learned how each enemy acted, and the layout of the levels, I quickly figured out that you can easily skip most enemies by simply dodging through them.

Foregone’s pixel art style looks great, and animations look and feel extremely smooth, and the music fits the desolate theme of the game perfectly, it hits the right notes at the perfect times during combat, and it undoubtedly enhances the game experience. I certainly can’t wait to get my hands on more of this, as the current Early Access version features about 5 hours or so of content, including two boss fights. With that said, Foregone’s release in the Epic Games Store (EGS) represents the first stage of its Early Access period, which is supposed to last about a year, after which the game’s exclusivity on EGS will end and the full version of the game will be released simultaneously on Steam. At least that’s if everything goes according to plan, so, hopefully, by then, we’ll have a more elaborate plot and extra content to dig through.