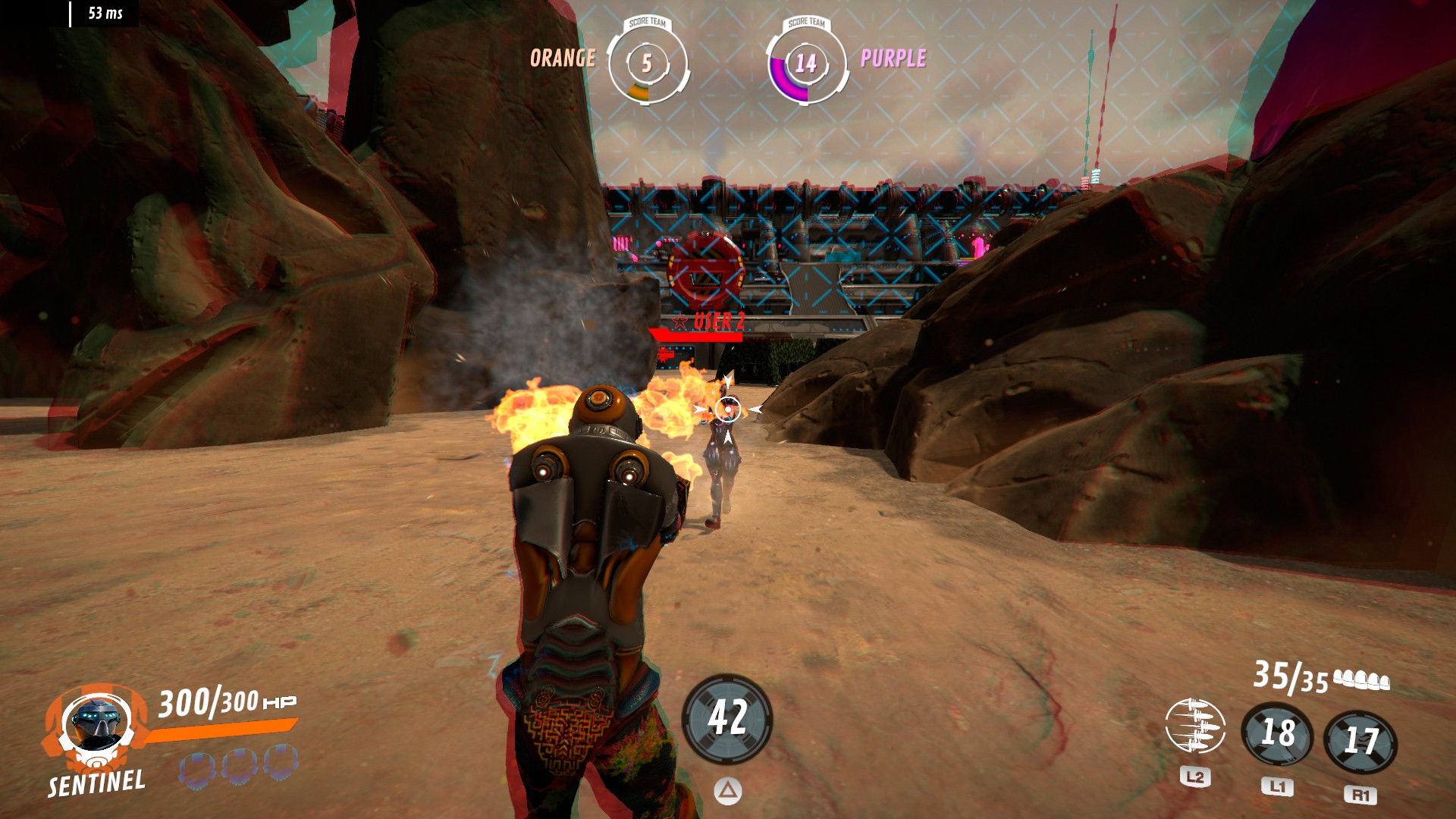 When I first came across Holfraine, I was incredibly excited about it. Sure, it did look a little dodgy at the first sight, but the more I looked into it, the more positive my outlook become. User reviews seemed seemingly positive. Many boasted of stable framerate, satisfying gunplay, and the supposed great balance between the in-game characters. But on the other hand, just as many complained about poor performance, tragic visuals, and overpowered characters. After a good quarter of an hour, after the rather light, 900mb game file has finished downloading, I was finally able to see what Holifrane is about, myself – personally.

My first impressions, not to say negative, weren’t exactly optimistic. Visually, Holfraine looked like a mid-range mobile game, cobbled together somewhere in South Korea. The UI, screamed amateur hour, and the character design was a mishmash of clichés and poor quality. However, this all happened before I have played a single match, so for the time being, I’ve decided to keep my finger off the trigger.

After loading into my first match, I was presented with a ‘choose side’ screen, which at least to me, is highly welcome, as choosing sides has become a thing of the past in recent years. And while I was happy to see the said feature in action, I was unfortunately not as enthusiastic about the fact that all Holfraine matches are played-out in three vs three modes and this rather small player pool, leads to gameplay which feels rather lethargic, and not very exciting. Once you take into consideration the fact, that you can easily spawn camp your enemies, or be spawn camped yourself, the title at hand loses even more in terms of attractiveness. 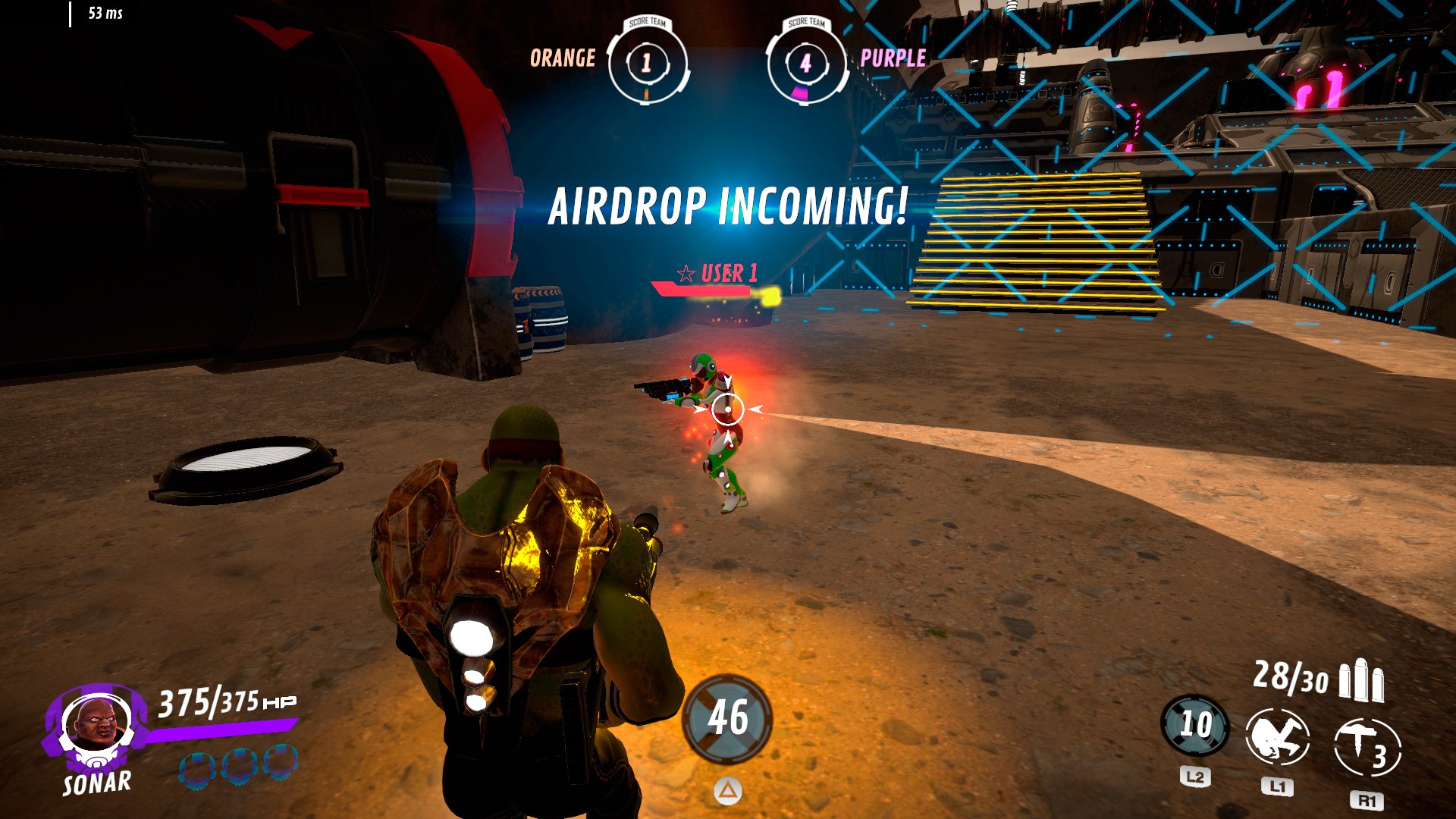 When playing Holfraine, I never felt like I was having fun. The basic gunplay feels lethargic, and lacks the kick which can be found in many other multiplayer only titles. Character abilities are largely useless, and that is if and when they actually work. As for the most part, the vast majority of traversal centric character skills, barely ever works. And while all the other skills and abilities, do appear to work visually, they usually have very little to no actual effect on other players. So, in truth, weapons are the only usable items in the entirety of Holfraine.

As mentioned previously, Holfraine simply lacks the balance which could make it a viable competitor to titles such as Overwatch. And in-fact, some characters, such as the grenade-launcher wielding lady, are so incredibly powerful, that they make all the other heroes feel useless. She is quicker than nearly all the other characters, allowing her to avoid bullets and explosives at will; her weapon deals so much damage, that it can kill other heroes, without them firing a single shot, and to make matters worse, you don’t really have to aim with her launcher, as splash from the explosions deals enough damage, to exterminate entire trios in seconds. 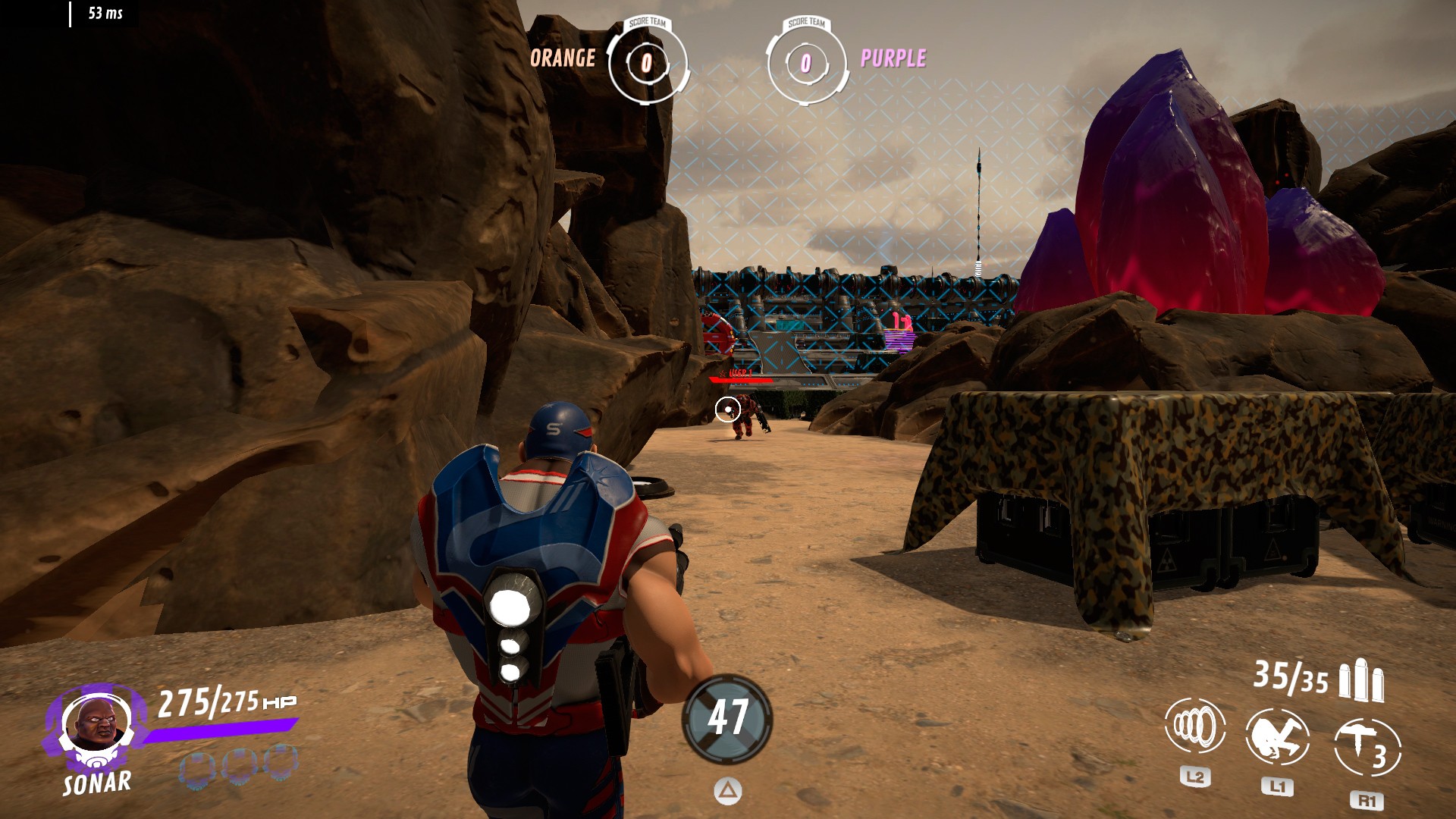 Overall, Holfraine is simply not a very enjoyable experience. It is not pleasant to look at, as it looks just like a mid-tier mobile game, ported onto consoles. The amount of content is pathetically low, as it can be counted on the fingers of your hands. And what content there is, is simply miserable. I tried my hardest to enjoy my time with Holfraine, but there is simply not one good thing that I can say about it. I wish that I could say that at least it performs well, but on PlayStation 4 at least, it has a tendency to hitch and lag, with no end in sight.

I’m going to cut this review short right here, because for one, there is nothing more that I could feasibly write about, and two, what’s left, will only further drag Holfraine – and there is simply no point in doing that, as Holfraine, is simply a title which has no right of existence as a pay-to-play product. And while it may sound harsh, then ultimately this particular game offers nothing which could warrant any asking price, as there are much better, multiplayer only games out there, which can be bought for significantly less than Holfraine, or can be downloaded simply for free.

Holfraine is a pathetic hero shooter, which lacks in both quality and quantity in order to compete even with the lowliest, multiplayer titles on PlayStation 4.