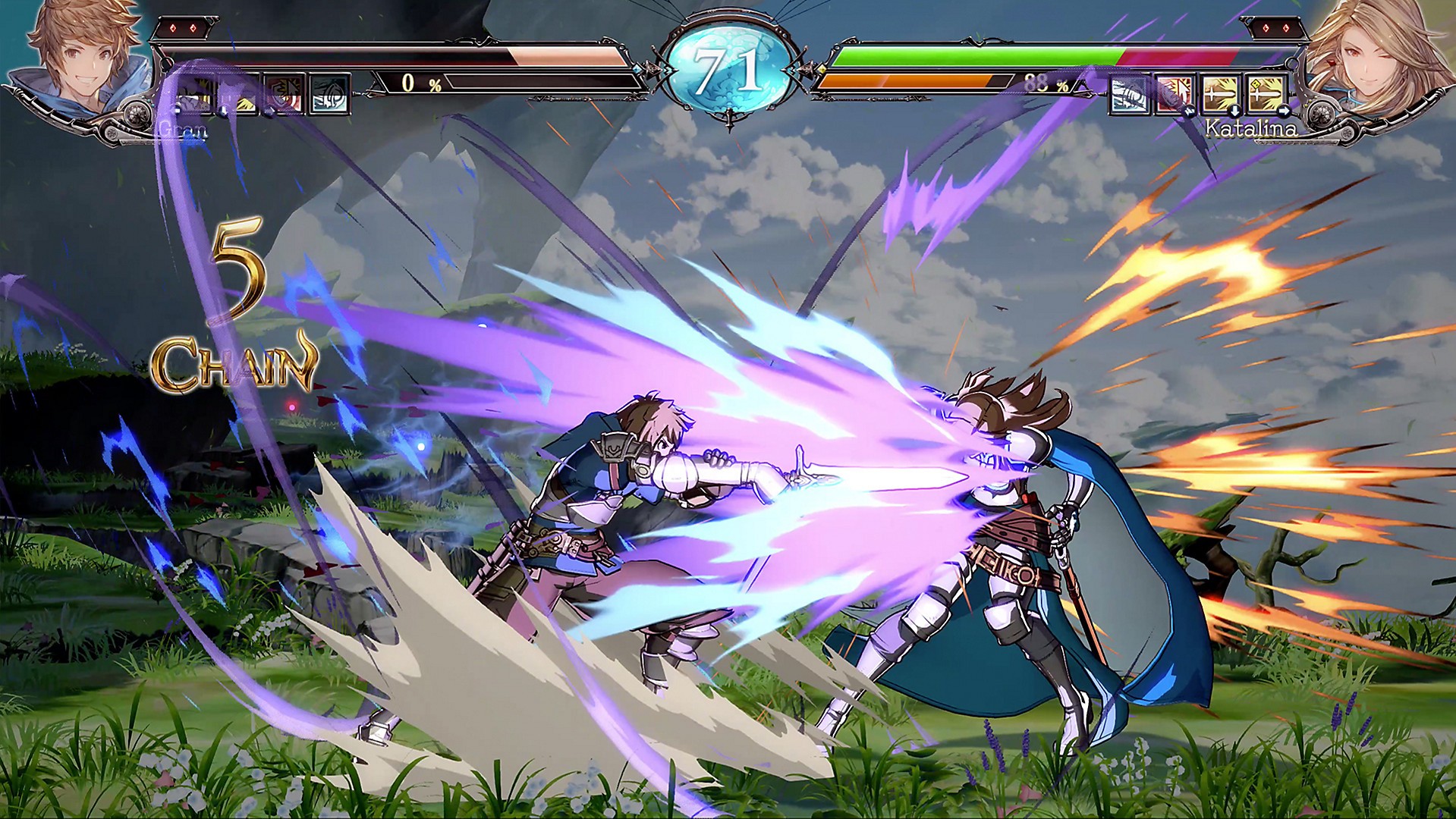 Happy sixth birthday, Granblue Fantasy. With age comes wisdom and with that wisdom, the series has finally seen a Western release of some sort in the form of a fighting/RPG hybrid by the name of Granblue Fantasy Versus. Fear not, newbies and veterans alike, because Granblue Fantasy Versus has its own original story and reintroduces the characters you may or may not have come to know and love and pits them against enemies (and sometimes each other) in combo based combat. Accompanied by a rousing soundtrack and fleshed out in crisp, gorgeous anime style, Grandblue Fantasy Versus is a great addition to a fantastic series with a fanbase of 25 million and growing.

Long before I discovered QooApp and was able to join in the skybound adventures of the Grandcypher crew, I had always admired the mobile game’s character design. Each individual feels so distinctly unique, whether they be a member of the horned Draph race, the cat eared Elrune, diminutive Harvin, or plain old human, they’re dressed to the nines and painstakingly detailed. This console iteration doesn’t disappoint and the Skyfarers are even more gorgeous than ever in glorious 2D. Many of the tracks you’ve heard in the mobile version are also present in the console iteration as well as some brand spanking new tunes that won’t disappoint. They serve as the perfect compliment to your adventure with a combination of rousing fight songs, gentle melodies, and uplifting exploration tunes. Granblue Fantasy Versus is set after the events of the mobile game occur. While the plot is nothing new–some super powerful baddie is brainwashing the Primals and generally making our heroes’ lives difficult–the writing is great. There’s also full voice acting provided by a stellar cast, rounding out the overall polish of Grandblue Fantasy Versus’s presentation.

There are four game modes: RPG mode, arcade, versus, and online. Ultimately, the way you play is largely the same, though the enemies and presentation are a bit different.

In RPG mode, Granblue Fantasy Versus acts as a 2D side-scroller, allowing you to move left and right to deal with groups of enemies, and also allowing you to continue to the right to advance the mission. Battles are broken into quests that span 5 islands and fulfilling any of 3 specific tasks during combat, such as landing a specified number of special attacks, rewards you with a gold star for a job well done and additional loot. The final quest of each island is a hulking boss, which ups the ante and provides a fun change in the usual slicing and dicing of trash mobs.

Quest completion gives you experience to level up your character(s), and weapons. Weapon management will be familiar to those who have played the mobile game: you have one main weapon equipped and an additional 9 others that add up to your total combat power. Weapons also have elemental attributes, which affect how much damage you do to enemies. Water>fire>wind>earth and light><dark, where the arrow indicates what deals more damage against what. There’s a draw system that looks exactly as it does in the mobile game, and takes premium draw tickets gained from quests, but only allows you to acquire additional weapons rather than characters and summons. Also in RPG mode is a shop run by the adorable Seiro. Here you can buy weapons as well as support skills, which will give you an extra boost in battle and are only available in this mode, and other bits and bobs. 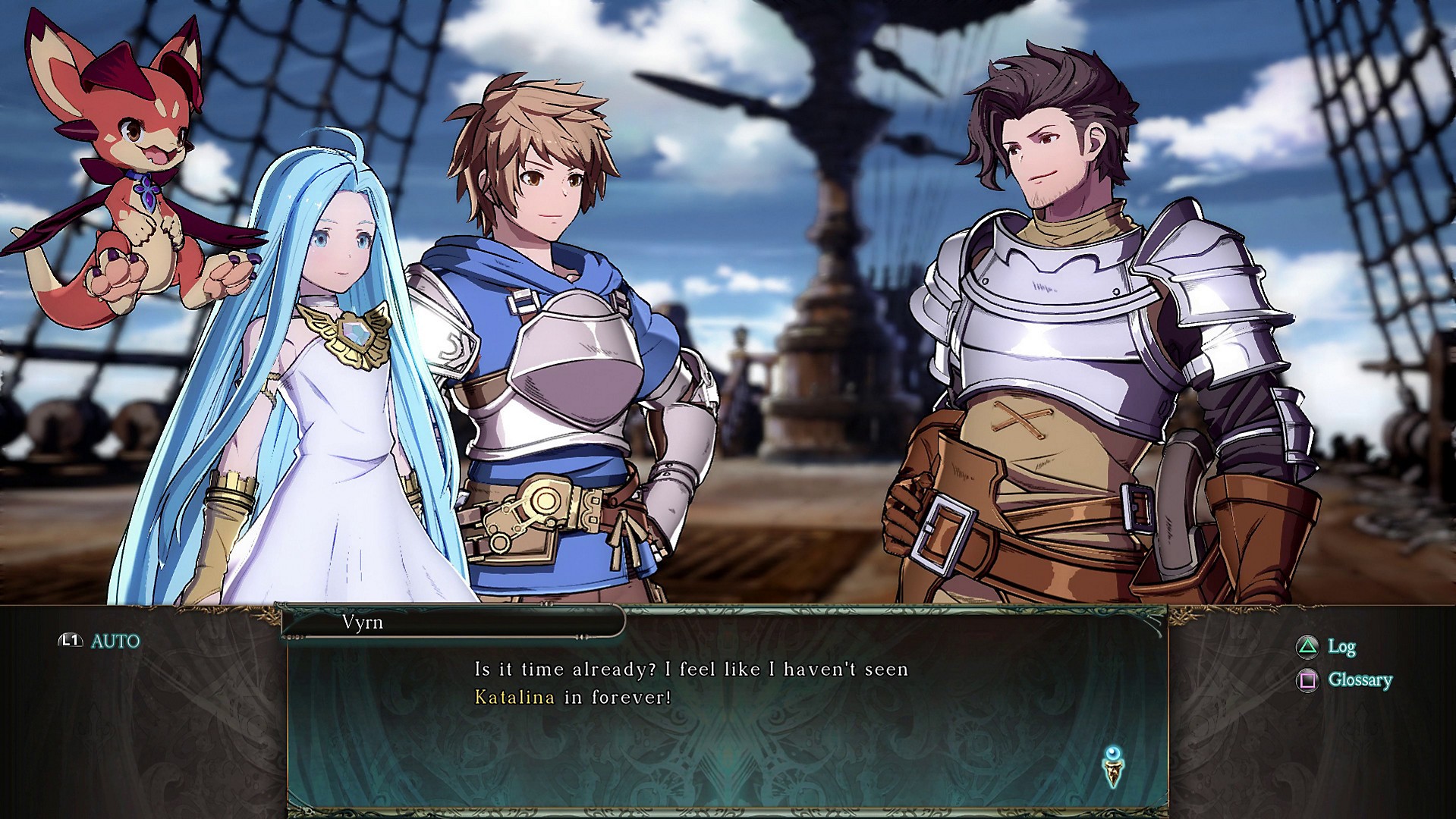 Note that anything you do in RPG mode doesn’t bleed into other modes. It’s fairly short, taking you anywhere from 5-8 hours depending on how much text you mash through, and how determined you are to get three stars in each challenge. Additionally, there are side missions that can be completed, which will pad out your time and reward you with premium tickets and the like for your troubles. Finally, there’s a hard mode that unlocks once you finish the normal RPG mode for the first time, adding some replayability. In my personal opinion, normal difficulty was too easy access to the harder difficulty from the get-go would have been nice.

This is the only game mode that will unlock rewards for the Granblue Fantasy mobile game–5000 Crystals for beating it on normal difficulty and a Vyrn outfit for completing it on hard difficulty.

You’re rewarded with Renown Pendants, a currency that can be redeemed for new BGM tracks and avatars to customize your online profile.

In versus mode, you can play freely against an AI controlled opponent or a local player and choose your fighters as well as your stage and accompanying BGM. There are 8 stages in total to choose from and you can set a handicap for yourself and your opponent. 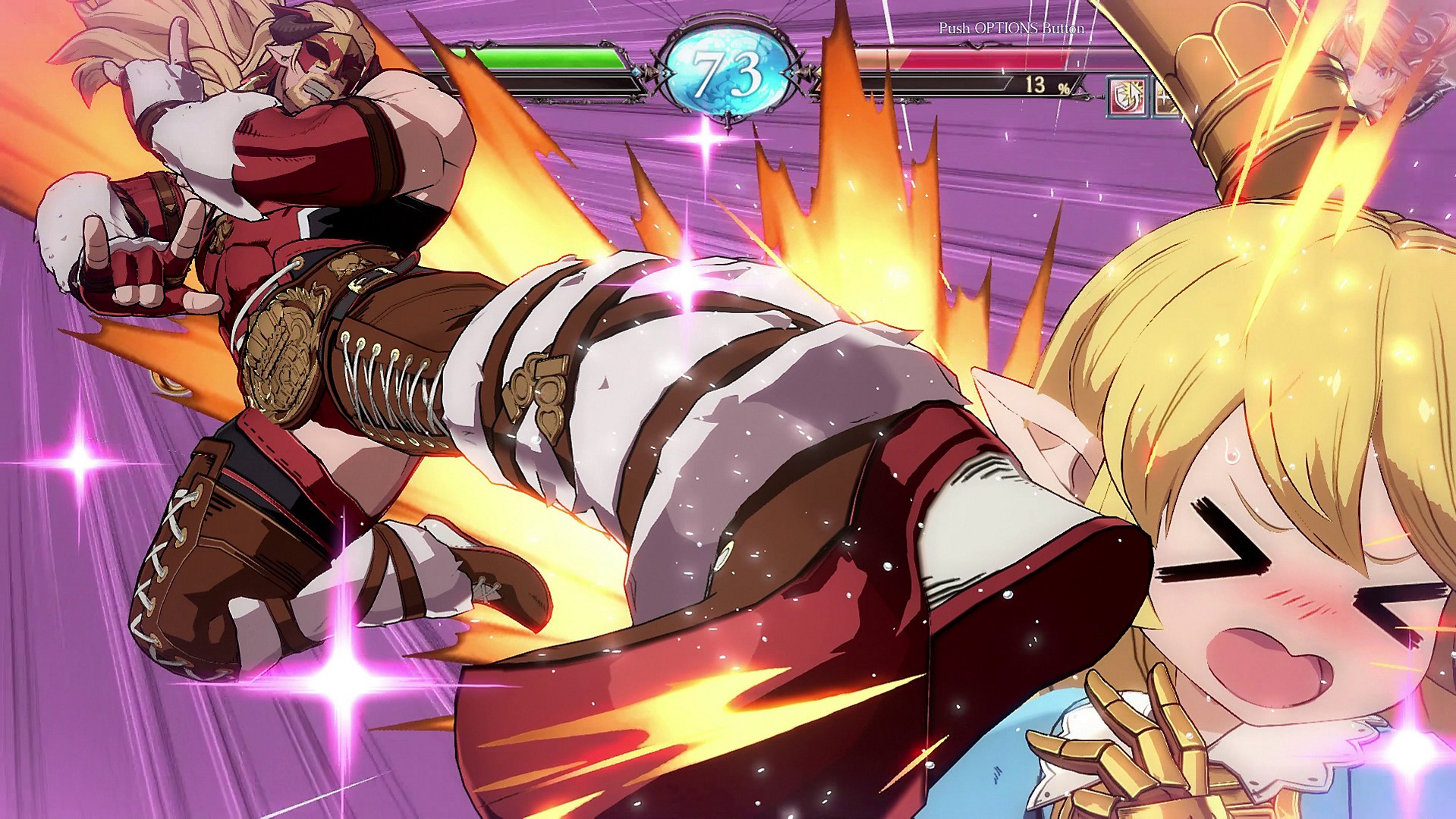 Need more training? There are two training modes–free and mission–which give you the chance to hone your skills. The former is, as it says, a free for all where you can just whale on a training dummy or spar with the AI, tailored to your preferences. The latter teaches you anything from the basics of character controls to the lighting fast combos you’ll need to lay a beat down on stronger opponents.

In online mode, you can take everything you’ve learned above and test your mettle against a live opponent.

There are pre-made lobbies you can join and face off against other Fighters or there’s a ranked queue you can join after taking an initial placement test. After taking my placement test against a gauntlet of AI controlled characters and wondering why it was so easy until the 5th match out of 7, I was given a beatdown and assigned a tank of 5. I’m not sure if a higher number is a good thing or a bad thing and still am unsure because it was never explained and every fight after that was against someone with a ranking of 1 and every single one was a loss. In one instance, I (rank 5, zero losses), was pitted against another player (rank 1, over 100 wins?!) and lost so badly I couldn’t land a single strike. It was an admittedly frustrating experience and after suffering through a few more losses, my rank was 4. So did I ascend because I got an A for effort or did I go descend the ladder because of my pitiful losses? And if so, how in the hell was Mister 100+ wins a rank 1? I’ll never know because I’m never going back there and it’s situations like this that make gamers like myself recoil from fighting games in the first place, in my opinion.

The combo system is your classic arcade input where combining any of the attack buttons with a directional button results in a different move. You’ve got your light, and heavy attacks as well as a special attack. For those who are familiar with the mobile game, you’ll recognize the charge bar which allows for flashy moves that do a ton of damage once it’s filled. Some of the moves– particularly the finisher available after you have a fully-charged charge bar, which requires you to sweep your left thumb from the bottom directional button and then seamlessly hitting R1–are a little tricky to get the hang of. This is coming from someone who doesn’t often play fighting games, however, so take that with a grain of salt.

A solid blend of fighting and side-scroller. If you’re like me and you’re not particularly good at fighting games, Granblue Fantasy Versus still offers an RPG mode where you can get your feet wet. Those who are a fan of the anime art style will likely still enjoy it even without prior knowledge of the series as there’s a glossary that explains tidbits you may be missing. I wish the campaign had lasted longer, but if you aim for getting three stars on each quest and don’t mind attempting another go on a higher difficulty level, you’ll get more bang for your buck. Plus there are some pretty sweet bonuses for those who also play the Granblue mobile game.

Those who are a fan of the anime art style will likely still enjoy it even without prior knowledge of the series as there’s a glossary that explains tidbits you may be missing.