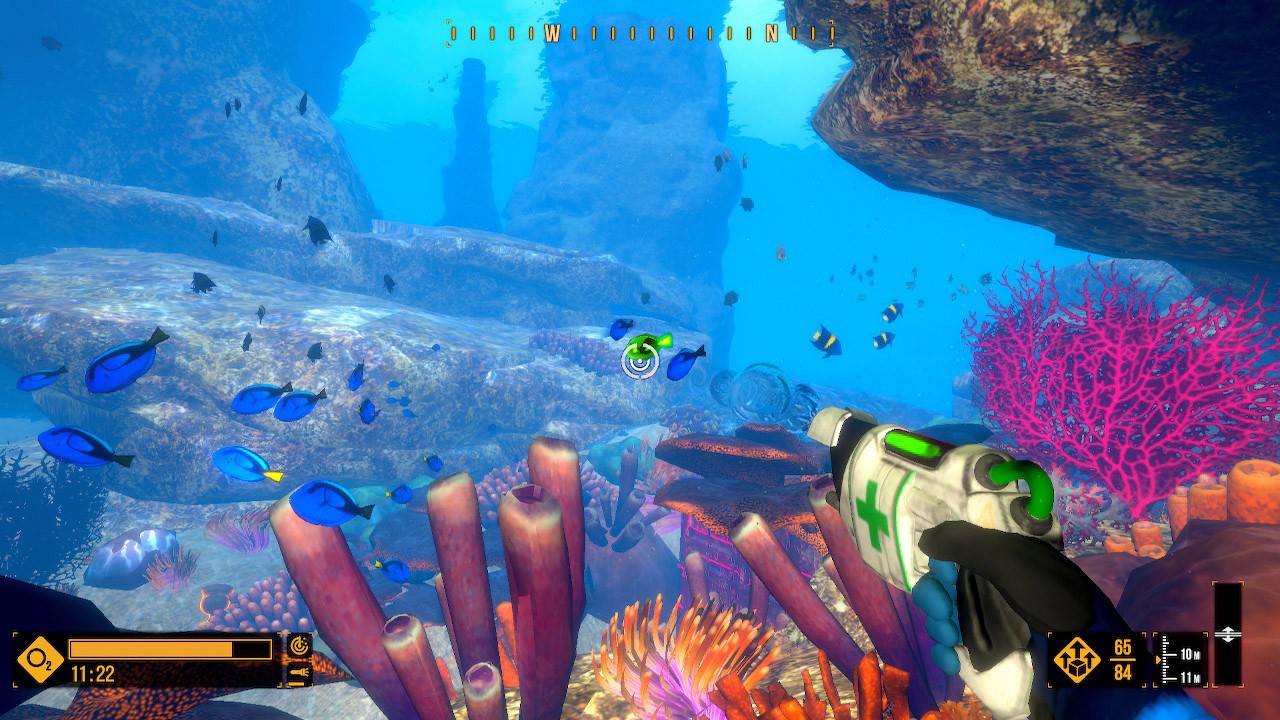 I’m a jack of all trades, me. Well, at least in a virtual sense. After all, within video gaming I’ve learnt to ride horses, cook food, fly aircraft and spaceships, be a front-line soldier and even become a plumber with a friendly cap. Within all of my years of playing video games though, I think there’s one discipline that I’ve never experienced. Deep sea diving. Well, luckily for me, and for you, all that is about to change, as Deep Diving Adventures gets set to explore new depths as it dives onto the Nintendo Switch.

Developed and published by Jujubee, this underwater adventure blends an arcade style of gameplay, with a simulation of diving that sees you collecting treasures, upgrading gear, diving in various locations and presenting a message on conservation and protection within the unknown depths of marine life. You play as a diver who, under the guidance of Professor Adam, a retired diver and marine biologist, assists in exploring ten, varied, regions as you collect valuable treasures, swim with marine life, heal them and cleanse their habitat from pollutants. With a limited amount of oxygen, you only have a limited amount of time within each area. However, with progression comes better equipment and the ability to stay underwater for longer periods.

From the deck of your boat, you get to explore a varied range of locations, from the tranquility of the Misty Lagoon to wrecks of the Pirate’s Nest and from the dangers of the Dead Mines to the mysteries of the Sons of Horus. However, in order to unlock each of the locations within the game, you have to fulfil specific tasks. These can range from finding 50% of all items within a specific region to finding a map that shows you the path to a new location. It brings a very strong need to explore each and every region in order to progress and upgrade, so that your better equipped for the journey ahead. 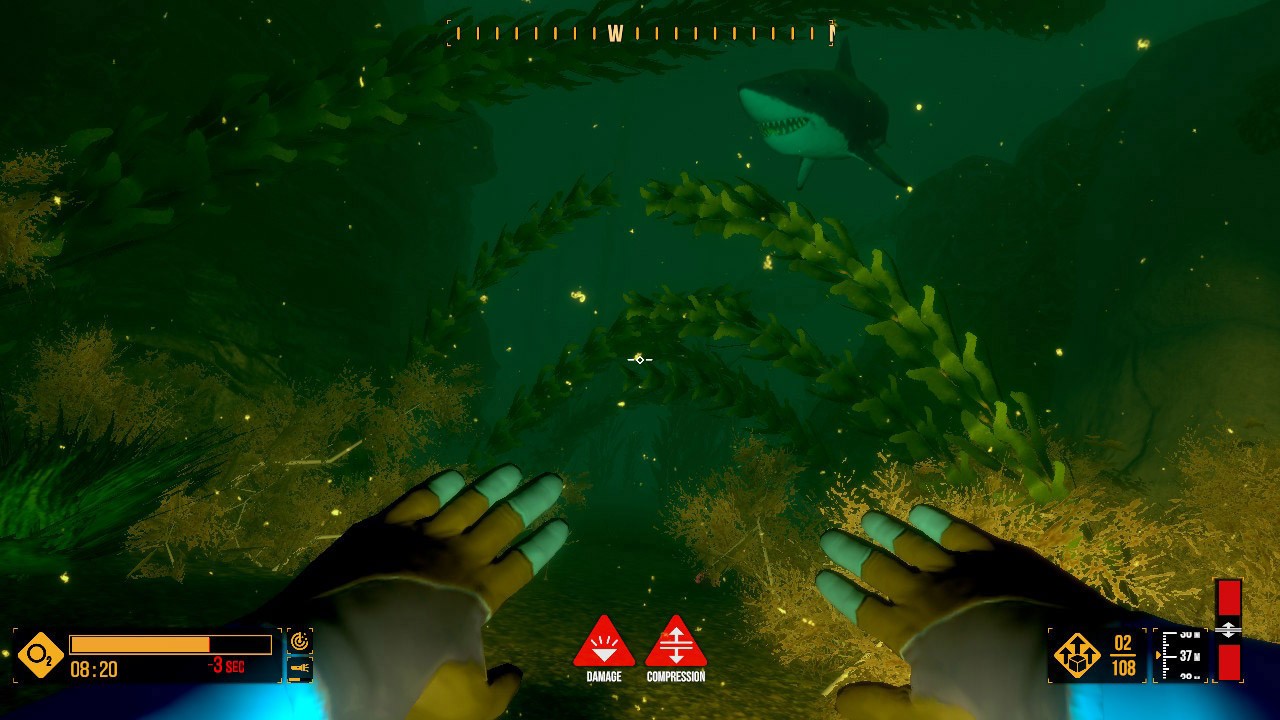 Covering both cold and warm water locations, the marine life and underwater biomes hold a varied and beautiful world to explore. If there’s one thing that has to be said about this game, it’s that it looks absolutely beautiful; both above and below the water line. The developers have truly captured the look and feel of diving underwater and the marine life acts and reacts in a very believable way. Each of the locations you visit offers an expansive area to explore, although this isn’t a completely open-world game and each area you dive into does contain a restriction of invisible walls. Saying that though, you’ll find all manner of surprises beneath the waves, from large chests that need to be opened, to secret doorways and pathways, wrecks and even lost civilizations that need to be tunnelled through.

Apart from keeping an eye on your oxygen levels, the majority of the gameplay on offer here presents a casual and relaxing experience as you explore each region. It promotes a very immersive and engaging level of gameplay; one that also holds a very clear message of preservation. However, it does hold a sense of urgency in some areas. In order to keep all XP gained and treasures found, you must resurface before your oxygen runs out. Failure to do so means you lose everything gained from your current dive. Also, the deep can hold many dangerous species of marine life, from sharks to orcas and jellyfish to rays.

Although diving and exploration primarily centres around finding treasures and caring for the marine life, you can also find equipment that can be used on your dives. One of these items includes a gun of sorts that holds two specific firing modes: One to heal and clean, the other to deter the aforementioned dangerous species of marine life. Sharks and Orcas are prone to attacking you on sight, one of the areas of the game that doesn’t really perform in a very realistic way and goes against its conservation message. In order to defend yourself or deter such attacks, you must charge your weapon to produce a shock wave that forces danger away. Should a species successfully attack you, then you lose some of your precious oxygen reserves. However, finding this gun is vital, as it not only helps in preservation, but is also a vital tool for opening hidden pathways and chests. 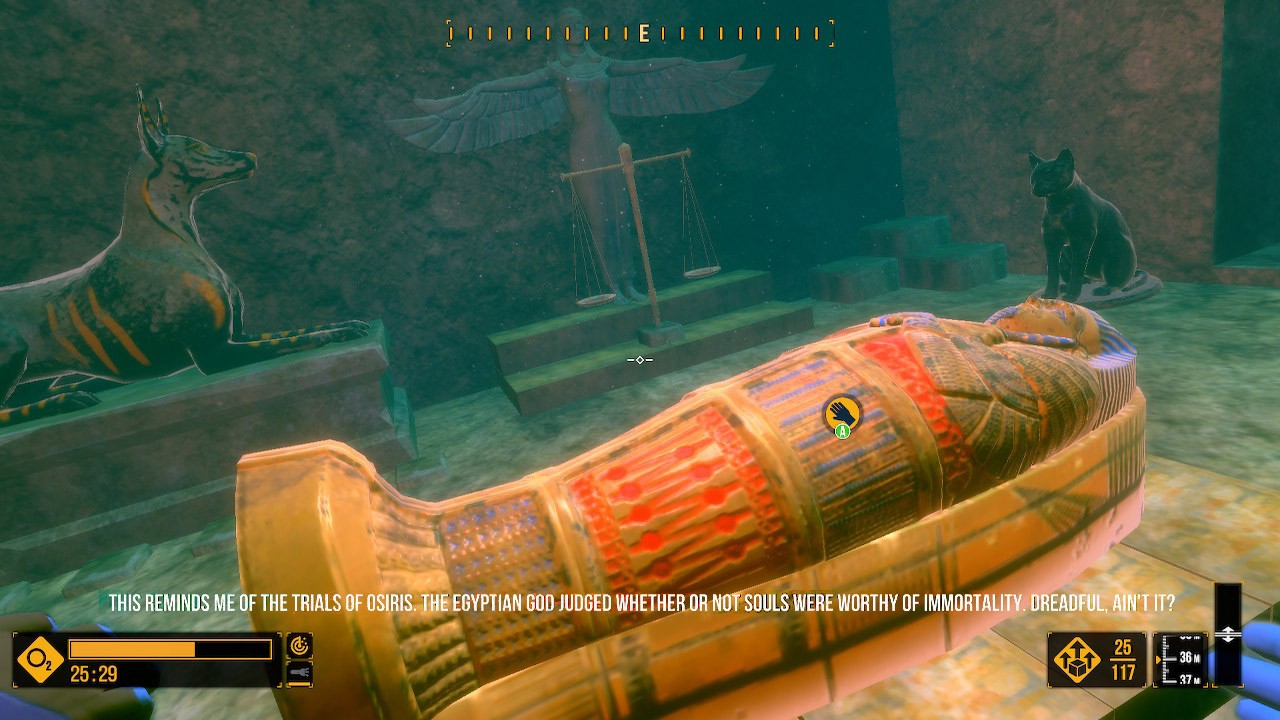 In terms of defending yourself from attack, or the whole premise of the predatory marine life, this presents one of the more weaker elements of the game. All of the predatory species attack on sight and cannot be avoided. Although they do present a form of danger, they also, ultimately, end up becoming annoying and a nuisance after a while. In terms of realism too, they behave in a very unrealistic fashion. You soon grow tiresome of coming across such creatures. In order to successfully defend yourself, you must shoot your attacker three times to deter it, or strike at the right time with a diving knife. However, again, these act in a very unrealistic fashion and can be fiddly to achieve. It’s only a minor nuance, but is still one nonetheless.

One thing that the game does do well, is to keep you engaged throughout its fifteen to twenty hour campaign. Each of the environments offer something different, not just in looks, but also in the marine life and species it holds. There’s also a lot of fun in exploring every single region within each location, uncovering lost treasures and secrets that lead to other areas. Helping to preserve the natural environment also holds an interest, as level progression brings bigger and better equipment for you to use, which in turn allows you to dive for longer periods. Exploration also rewards with opening new locations to dive into.

Overall, Deep Diving Simulator offers a beautiful, engrossing and immersive experience in deep sea diving. I really can’t iterate enough just how beautiful this game looks; especially on the Switch’s smaller and sharper screen. In terms of capturing the feel of underwater exploration, the game is exemplary; producing an experience that is simply a joy to play. Its main premise is a relaxing one, despite containing some elements of danger and its overall message is one of conservation, but none of that detracts from the overall level of fun you can have while exploring each underwater location. It may not be for everyone, but for me, I couldn’t deny its qualities of producing a real immersive experience. When it came to diving, I used to be little wet behind the ears, but now, thanks to Deep Diving Adventures, it’s another feather in my cap of being a jack of all trades. An adventure that’s well worth diving into.

Deep Diving Adventures is an adventure that’s well worth diving into.