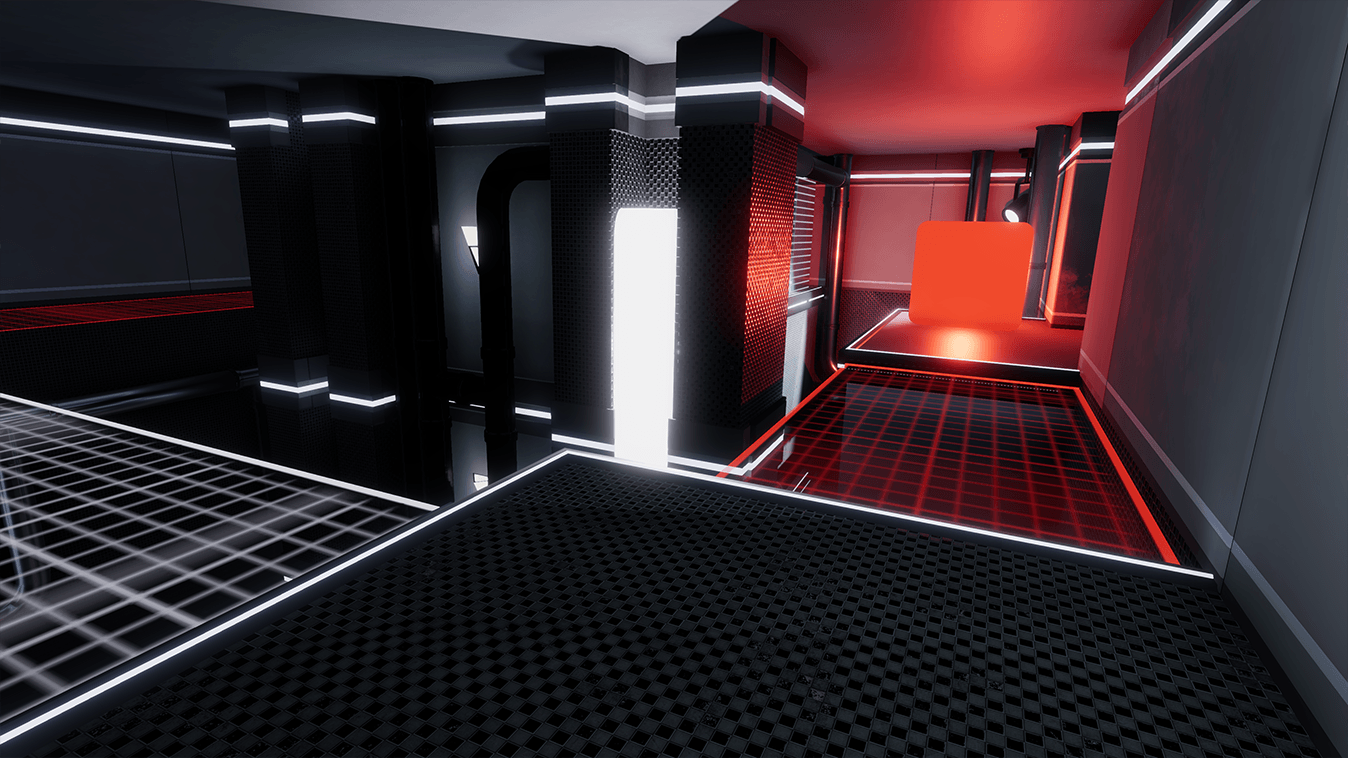 Puzzle games, just like the vast majority of middling genres, has been on a steady decline since the late 2000’s. And while games such as Portal, The Witness, and Q.U.B.E. 2, have given the now tired genre a breath of fresh air every now and then, they have ultimately all failed from restoring its relevancy. And with each and every passing year, the number of puzzle based games has been slowly decreasing.

It is difficult to determine what is the sole reason behind the decline in popularity of puzzle based games, as most tend to think that complex games have been pushed out by simpler titles such as Call of Duty; whereas others believe that puzzle games have fizzled out due to the fact that they lack content outside of the puzzles around which they oscillate. And the latter point of view seems more likely, as at the turn of the decade, puzzle games have turned from simple, narrative-lacking arcade games into elaborate, story driven experiences.

The above described trend has been initially begun by titles such as the aforementioned Portal, and it has been continued ever since, by games of all sizes. And in the year of 2018, titles such as Q.U.B.E. 2 and most importantly The Spectrum Retreat, are still carrying the torch of story driven puzzle games. And in many ways, they are proving that puzzle games are not dead yet, and perhaps they may just bring life back into this decaying carcass. 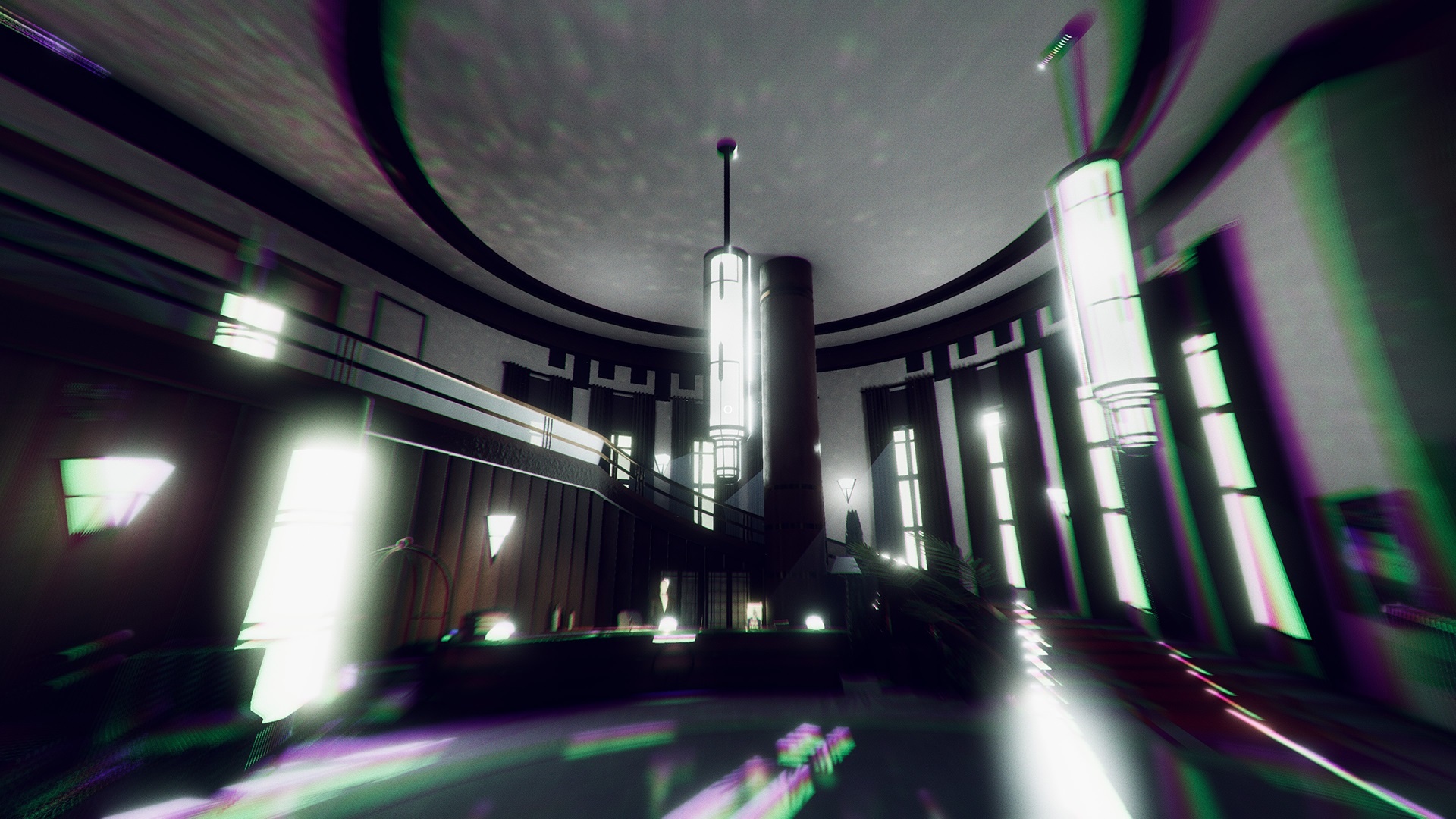 The latter of the two, The Spectrum Retreat, despite of its rather advanced visuals, and level of polish, is a work of a one-person studio, carrying an eponymous name after the one and only developer, Dan Smith. And the scope and scale of this particular game is astonishing, considering that there are half broken titles out there, developed by studios employing dozens of individuals, who can barely string together a basic platformer. And while the scope of The Spectrum Retreat sure is impressive, it is perhaps a little too large for its own good.

The Spectrum Retreat takes place within a simulation, crafted especially for the protagonist of the title. And it is there to simply satisfy all of his needs. However, as impressive as it is, it is a little too large. And while there is nothing wrong with large-open spaces, those unfortunately do lack detail within The Spectrum Retreat. In addition to an eerily tasteless restaurant, and overly simplistic hallways, the developer behind the title has also included a number of rooms, which really don’t have to be there. And locations such as the restaurant’s kitchen – which lacks any sort of complex detail – only further exposes title’s shortcomings. As it features a plethora of reflective surfaces, which reflect light in a very blurry and uneven manner – just like the cars in Mafia 3.

Title’s titular Retreat, holds a plethora of puzzles of its own. However, the core experience is held within Portal’esque test chambers, which challenge you with a wide array of puzzles which evolve with each and every visit, to this virtual realm. At first, all you have to do is use colors to move through respectively tinted digital doorways. Then, as you have probably guessed, the color pallet expands from one, to two, to three, and ultimately to four colors. And the final two chambers include features such as teleporting, and room rotation. However, only the fifth and final testing chamber – which is the shortest of them all – combines all the puzzle elements at once, which to some can be a little disappointing.

In general, all the puzzle-based contents of The Spectrum Retreat are not overly challenging, in-fact, they are easy for the standard which John Blow’s The Witness has set. And while lack of any extensive difficulty may be a disappointment to some, it does ultimately open the doors for a much more casual, and extensive crowd of potential customers. But more likely than not, even those who are not well equipped to deal with puzzle games, and clocked-out at the tree puzzles of The Witness, will very likely breeze through The Spectrum Retreat in a single sitting. 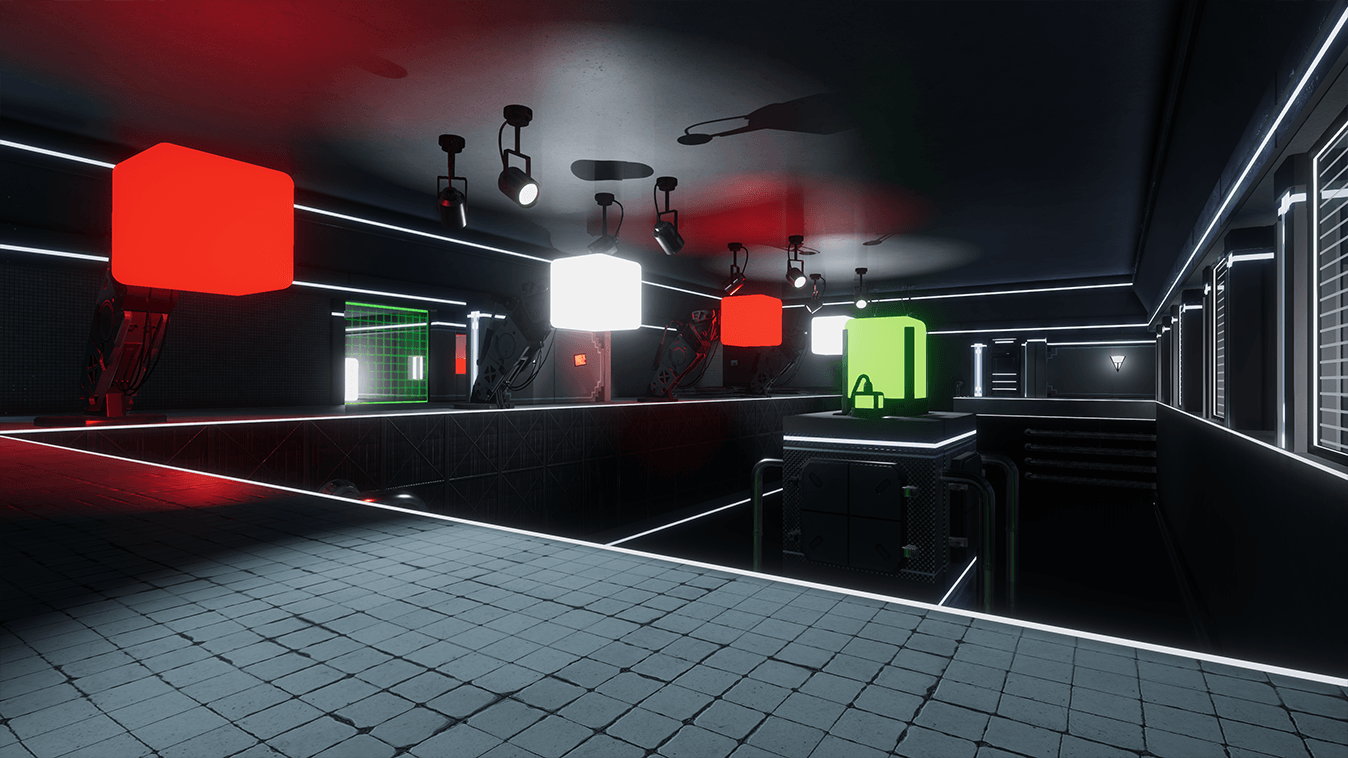 The overarching lack of difficulty doesn’t necessarily stem form the title’s lack of complexity, but the incredibly formulaic approach to level-design. As for the most part, from second chapter onward, all puzzles feel largely similar, and you will often feel like you are playing through the game on an autopilot, as your brain will automatically solve the vast majority of the title’s conundrums before you’ll even get a chance to think about them. And it seems like the developer behind the title did try to spice things up, but putting puzzle elements out of player’s point of view, only to force him/her to comeback and redo a part of a puzzle, isn’t exactly smart or ground breaking – it is simply cheap.

Personally, I wasn’t exactly taken aback by what The Spectrum Retreat had to offer puzzle-wise, within its testing chambers. But on the other hand, I have enjoyed all the sections which were taking place within the retreat. As those did not just provide me with necessary narration in order to push the story forwards, but also an array of challenges – which unlike those of the testing chambers, were both intriguing and satisfying. And pursuit of each and every solution required numerous steps, which had me linger around the titular establishment uncovering ever new clues and hints.

As I have inferred previously on numerous occasions, The Spectrum Retreat just like Q.U.B.E. 2 and the Portal series, heavily relies on its narrative. Which in-game, unravels through environmental story telling, collectibles, and most importantly direct narration. And while the first two provide the player with a narrative with no jarring issues, then the same cannot be said about the direct narration. As such often overlaps, especially when you enter a new room and multiple sound-files are triggered at once, and if that happens you are bound to miss out on a large amount of vital information. And unfortunately the title’s subtitles do not correct that issue in any way, as they only appear for the sound-file which has triggered first, and are always out of sync. And sometimes, you will still be presented with the first line of text, while the character will be at the end of her monologue, whereas at other times, subtitles just rush to the very last sentence, causing you to miss out on parts of the title’s story – if you happen to be relying solely on the subtitles.

Ultimately, The Spectrum Retreat comes across as an incredibly promising title. But the further you delve into it, you unfortunately come to realise that not all is as great as it potentially could be. And sure, it is a game which has been made by a single developer, but that doesn’t change the fact that it is far of from what it most likely could be. And when all is said and done, it has to be said that overall The Spectrum Retreat feels immensely shallow, as all of its shortcomings pile up into a heap of flaws, which unfortunately cannot be overlooked. But that being said, it will surely find a home with the enthusiasts of the genre, but even they won’t swoon over it completely.