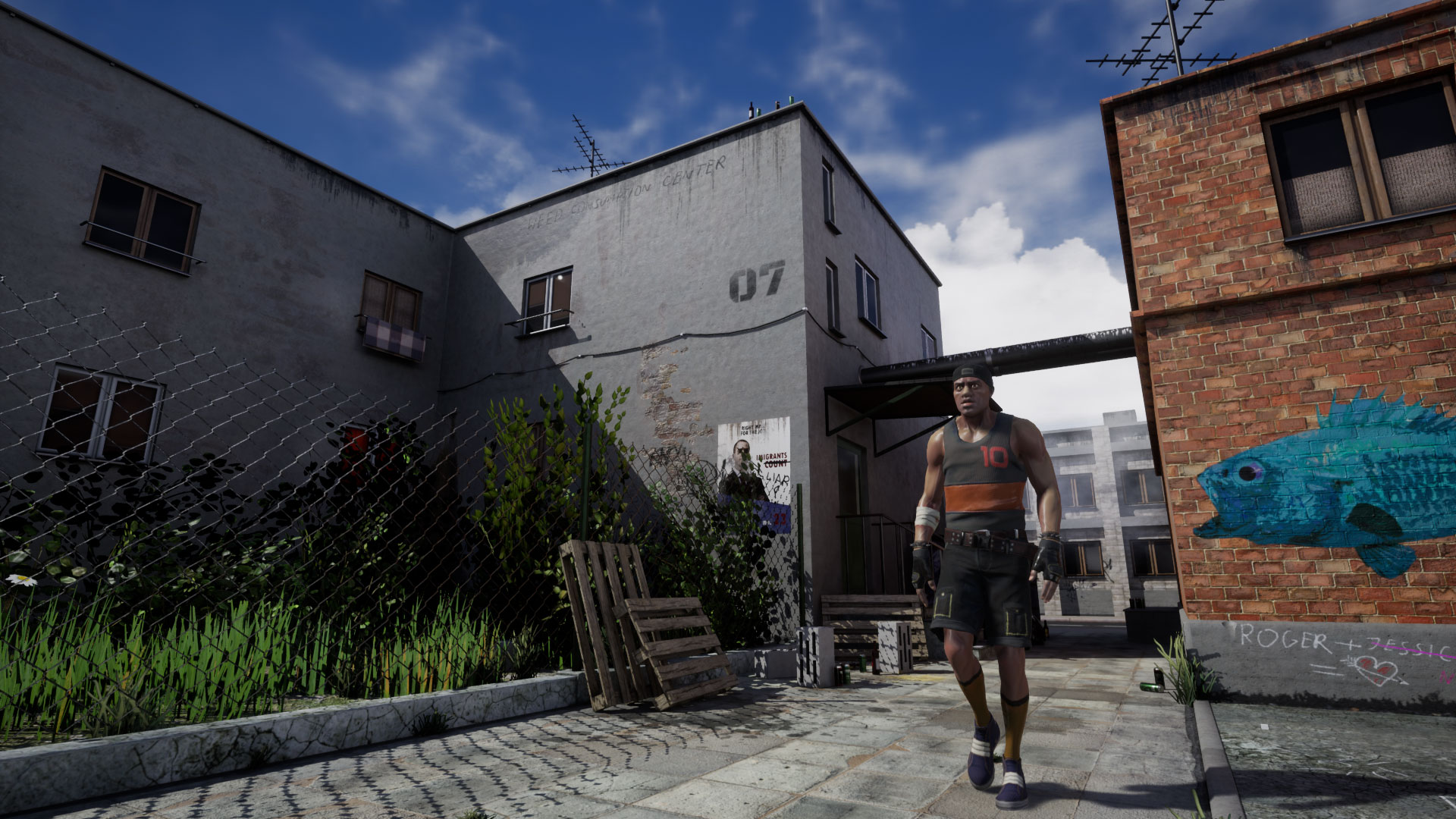 When you are a law abiding citizen, the thought of dealing drugs, and the world that it exists in is usually frowned upon. I personally don’t agree with drug use, and have a strong opinion of those people that peddle the stuff to make a profit at the expense and misery of others. That being said, the world of playing computer games has to be understood to be a made up and fantasy land, and if we all took it too seriously, and followed the action in real life we’d all be running around stealing cars and murdering people like we were taking part in the latest episode of GTA. So if you have ever wondered what would it be like to live in the dark and shady world of a drug dealer, constantly looking over your shoulder, and fearing that the police will chase you and incarcerate you, then wonder no longer. If you own a PC, Byterunners Game studio has made these thoughts a reality with their title Drug Dealer Simulator (DDS). I am going to start by explaining that the full version of the game is not yet released. This review will be based on the Beta demo that is available to everyone for free from the Steam store. As such I can only reflect my views on its current build, and my opinion may not be accurate or relevant by the time the full game is available.

Whenever I try a Beta version game I set my expectations accordingly, I understand that there will likely be a number of glitches, I’m also more than prepared for the game to run badly, and potentially crash. I really was pleased that most of these things never occurred. Now I’m certainly not going to say that the game is ready for release, it’s not quite there yet. The game mechanics require a little tweaking, a few bugs were present, and it just needs a little polishing to make it ready for sale. Overall though I have played games that are currently available that are in much worse state than this, so it’s good to see that the developers are working through the issues before cashing in on their project. The main bugs I saw were NPC’s who were stuck in walls, floating in the air and one was running around in a circle. This issue didn’t break the game, nor did it impact on any of the gameplay, it made me chuckle, but it stopped it from feeling polished and made it feel less real, what is a simulator game if it’s not realistic?

The premise of the game really is in the title, your aim is to start as a low level drug pusher and build your empire up while still under the watchful eye of the cartel. Your drug supply comes exclusively from one source and it is your responsibility to find clients to sell it to. As the game progresses, you must expand by tagging relevant areas and tempting people with free samples. You control the price of your product per gram, and you also have the option to sell pure gear, or use your drug lab to mix in whatever household item you can get your hands on. In a game where reputation is everything, you must balance profit and drug purity very carefully, no one wants to deal with the guy who sells rubbish. Alongside the selling, communication is important. As this is most definitely illegal activity a specialist network is required, “Shady Comm” allows you to safely talk to your supplier, and take orders. It forms the backbone of the game and fortunately was straight forward and easy to follow. 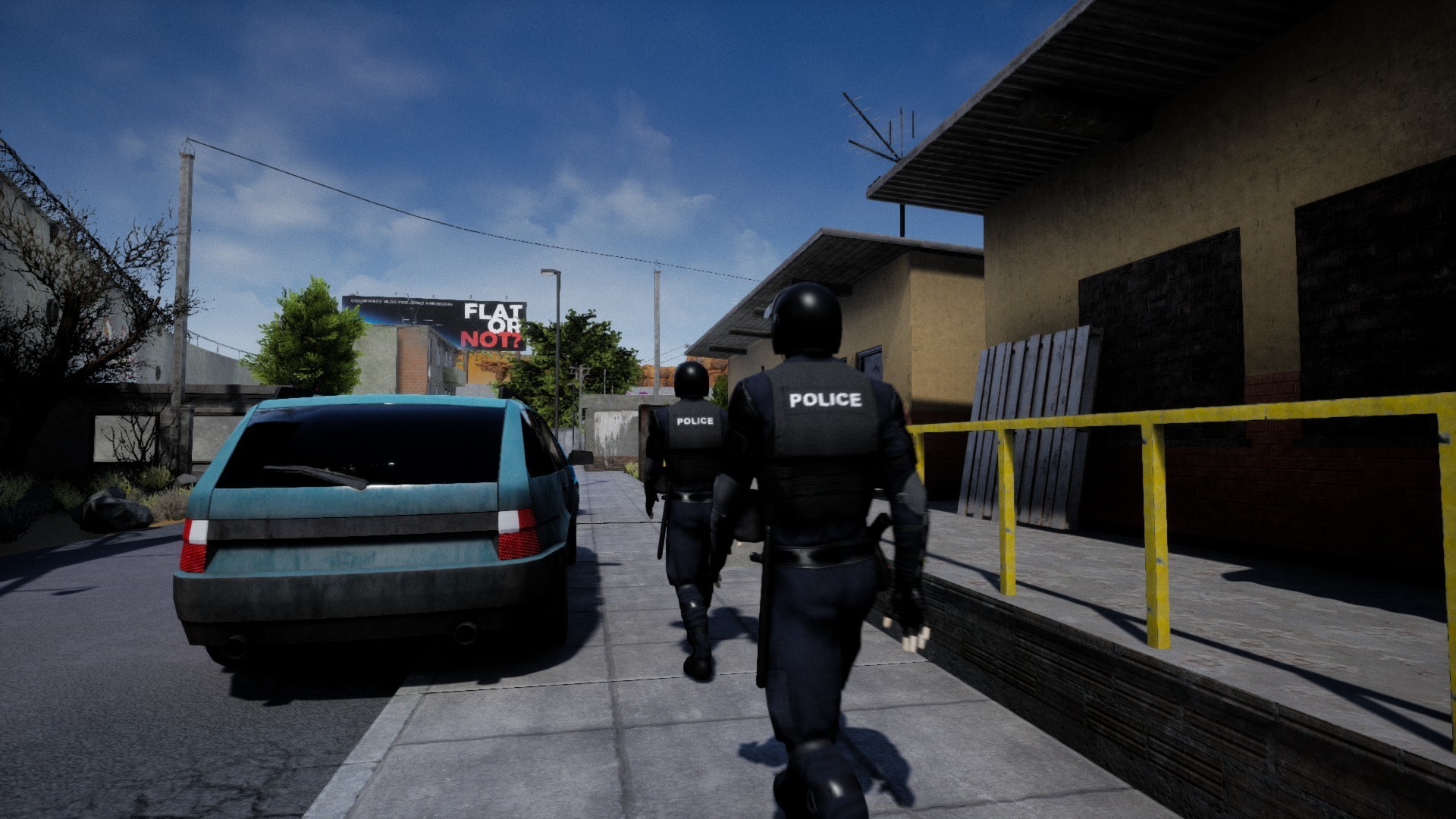 In its current build the world map is limited to a small area, glimpses of what could be are shown and the game looks like it will be pleasantly expansive. Navigating the local slum is challenging to begin with, but once you familiarise yourself with your surroundings you’ll be cutting through alleys to avoid the police who constantly patrol and are observing suspicious behaviour. A full map is available at a click of a button, but no minimap is utilised, meaning that you are constantly stopping the action to understand where your next task is located. I also found that no marker system or location pin can be placed, this also made it more confusing than necessary, and I feel this would be a small addition that would make a big impact on how the title plays.

I’m in a fortunate position that my laptop was able to play DDS on the highest setting, this made for a smooth experience with very little in the way of frame rate drops. The environment is detailed, realistic and well defined. As I wandered through the streets it felt very much like a Hollywood depicted slum, graffiti, burning tyre piles and seedy deals being completed in darkened corners. Byterunners Game studio has done a great job of replicating a complex scene into a playable world. If they maintain this high standard of visual content for the full game release, then the finished product is going to an absolute visual treat and extremely enjoyable to explore.

At the moment the audio is lacking and is certainly the weakest element. Almost all action is played to silence, the deals have no speech audio, everything is delivered through text, footstep sounds are not present when walking and running, after you have exerted yourself, and your stamina is spent there is no fighting for breath, it’s just business as usual. The lack of quality audio makes the game feel empty, it’s a real chance for the developers to add; suspense, drama and tension to their story, but they have failed to do so. I hope that this is the final part of their jigsaw that they are working on. If the game is released as it is, then I believe a lot of people will be disappointed. 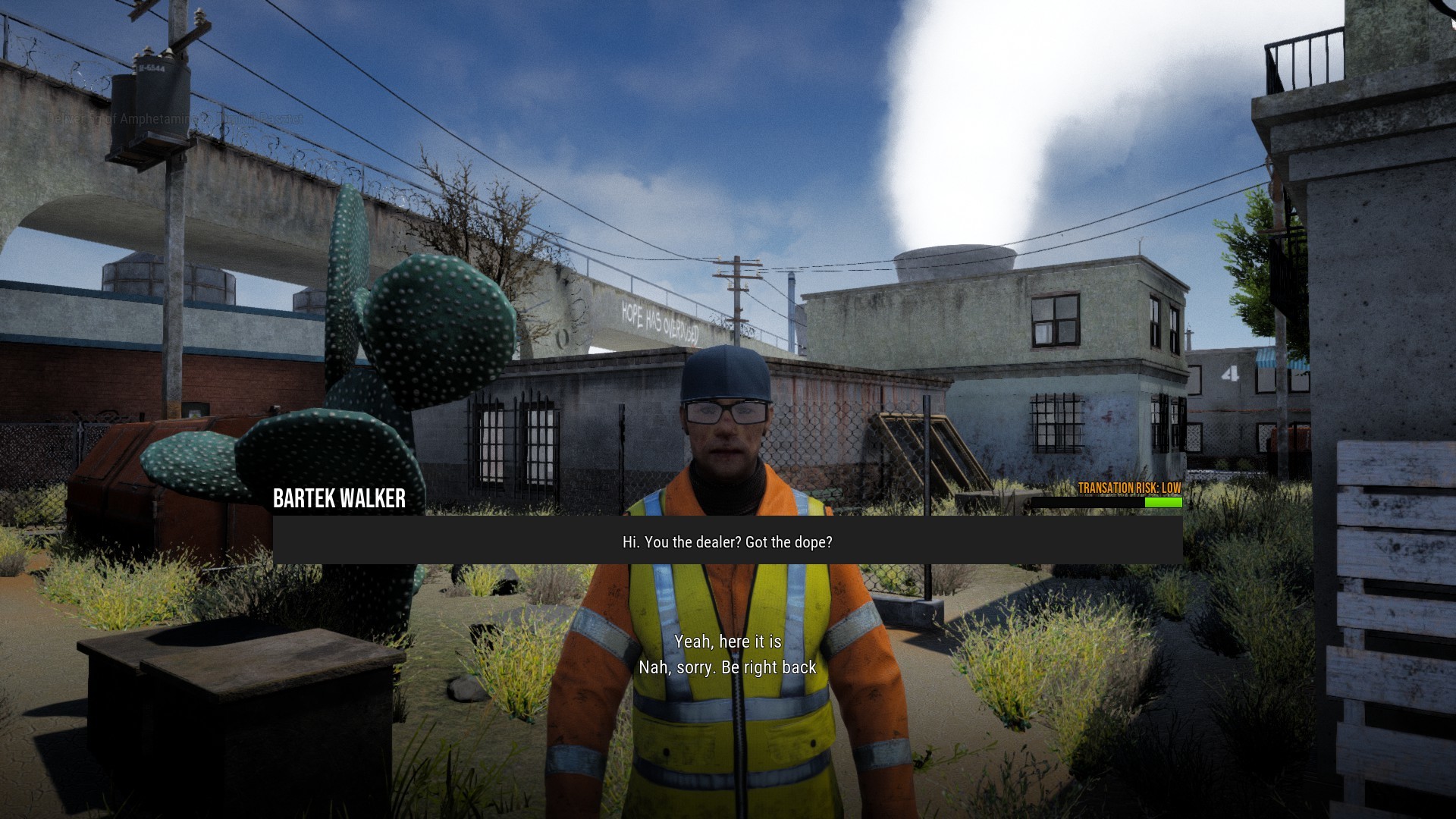 The game handles extremely well with a mouse and keyboard, being an almost exclusively console player I struggled at times to get to grips with the key locations, and I would have liked the opportunity to be able to use a controller, maybe this is something that will be added at a later date. I believe that my issues are down to my experiences and nothing to do with how the game is set up, so I know that I will be in the minority of the player base who encounters this problem.

A few minor issues were apparent throughout my short 3 hour demo playthrough. I’ve covered the majority so far, but 2 that I haven’t mentioned are, the mobile phone in your inventory doesn’t allow you to read messages, and mission markers on the map can suddenly disappear. These really are minor points, and should be ironed out before release, ultimately the game was relatively trouble free, and one of the best Beta games that I’ve experienced in a long time, the concept is great, and the delivery of missions and miscellaneous tasks was interesting and well thought-out.

It’s always going to be hard to make a recommendation on whether a game is worth purchasing when you only get a small taste of how it’s going to look. Based on its current build, and how much I enjoyed playing DDS I’d say it’s certainly going to be worth a punt, with the demo available to everyone on Steam don’t just take my word for it, download it and give it a go. Can you leave behind your safe and legal life to experience the darker side of society? Will you be able to build up your drug empire whilst staying on the right side of the Cartel and the police? Only time will tell!

A Beta demo that allows you to taste the low life of the world of drug dealing. Stay on the right side of the Cartel and the police and you can build the drug empire of your dreams.