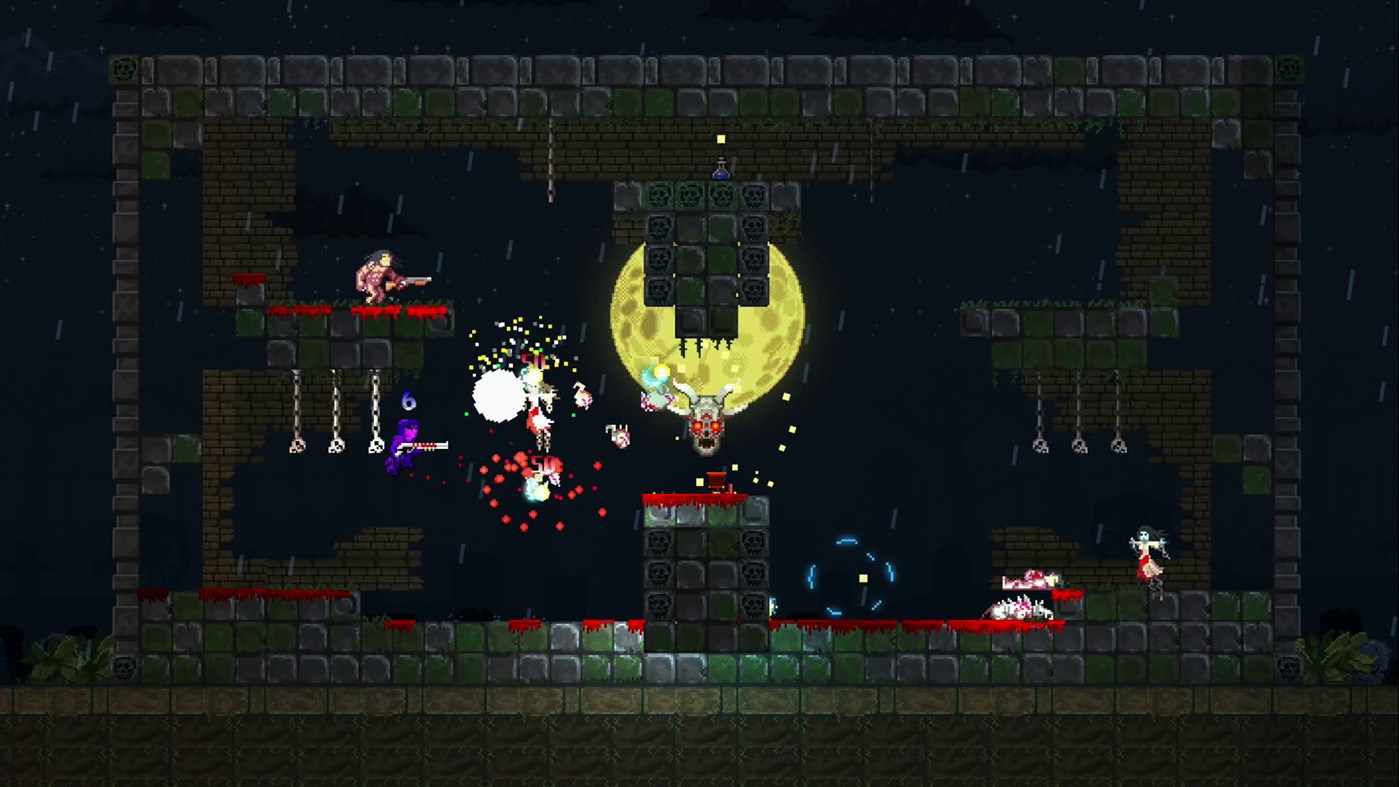 Demons with Shotguns. When I first came across this game’s title I won’t lie, a lot of crazy images ran through my mind. Here’s the strange thing: a lot of them were pretty spot on when it comes to the content, which in this instance is a good thing. I guess that’s exactly what the teams over at MindShaft Games and Stage Clear Studios were going for.

Demons with Shotguns is an action meets horror meets gore meets platformer meets co-op multiplayer game. You can make your choice of 6 very different characters, all with the common thread of the crazy and supernatural tying them together. From a Nun, Preacher, Antichrist deceiver, Angel, Death and you guessed it, a Demon! The adjectives used to describe these characters are clues in themselves: peace keeping, faithless, Heavenless and desperate.

“The End is Near!” In single-player mode you will play in a quest to (hopefully) stop the End of Times. The devil has unleashed his seemingly endless army of Nephilim and you have the wonderful privilege of saving the world. This mode can also be played as a 2-player co-op quest. In this mode you will be facing off against 6 kinds of enemies that, wait for it…come in waves with each passing round! These enemies take the form of gargoyles and winged-demon ladies to name a few. These enemies can respawn, and during this time are invincible. But fret not, you will be well-equipped for this, I will go into combat a little later. 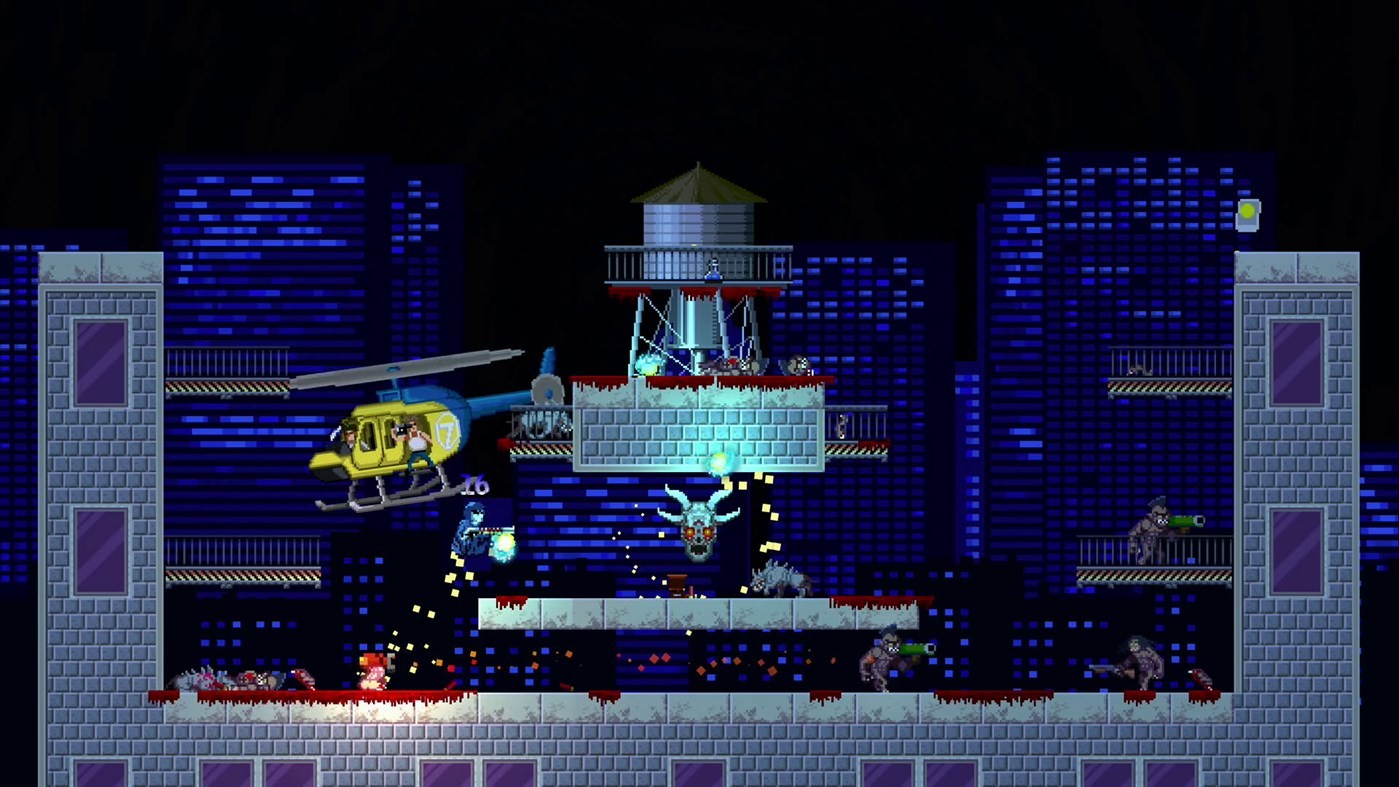 Get yourself 3 more friends on the couch and enjoy the Multiple Competitive Game Modes. Now this is where things go from mildly crazy to straight up insane. Most games will have two maybe three competitive modes, but not Demons with Shotguns. No sir. You will get a whooping 9 modes! From Classic Deathmatch to Team Soul Reaping and even Last Soul Standing. My personal favourite is King of the Soul, this is where you fight to retain the soul you have in your possession. What makes this mode even more fun is how you get rewarded for how long you manage to keep the soul. You will earn a point for every 5 seconds you keep this soul. Trust me, easier said than done especially considering the fact that anyone playing Demons with Shotguns with you is probably a match to your crazy and will make it difficult to earn the points you need. Other modes include, Team Capture the Soul, Team King of the Soul, Classic Team Deathmatch, Soul Reaping and Capture the Soul.

Apart from earning UP as you progress in Demons with Shotguns, you can collect Tarot Cards. These cards play the role of blessing or curse for you or your enemy. You can get the power of Christ to even a card called the Sands of Time which slows down time for you, giving you an advantage to get those needed shots out at your opponent for a brief moment. Some of these cards will directly affect you while some will affect your enemy.

Demons with Shotguns can be played across 4 Realms: Cemetery, Hell, Metro and Church. But just to make sure that you don’t get bored, each realm has 10 arenas to play in. Most of these arenas will require unlocking, but this will not be hard to do as you’ll have tons of fun in the process. 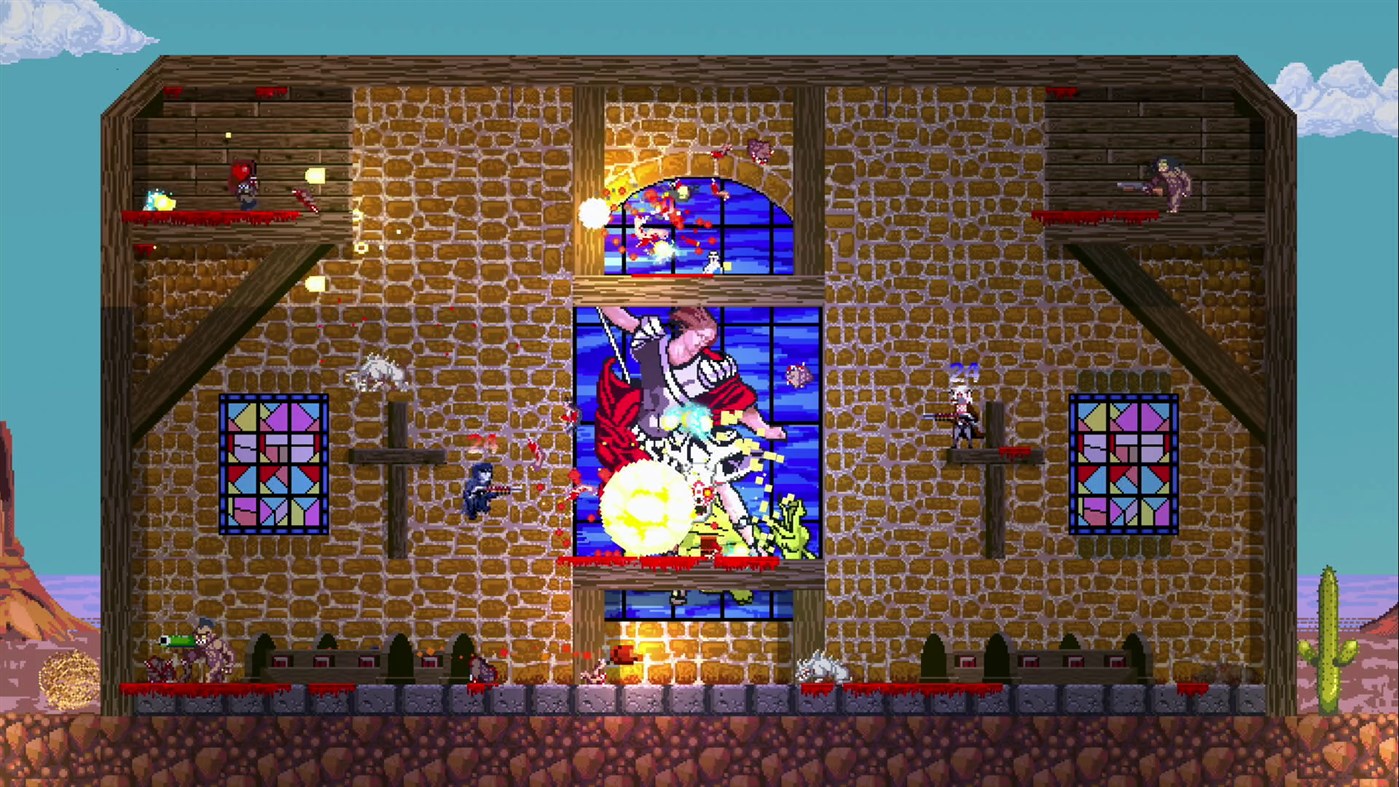 The controls in Demons with Shotguns is relatively simple. You jump with a tap of A and can execute a double height jump with a double tap. You have two control inputs for shooting your shotgun and another for releasing your shield. Sounds simple right? But when you take into account the arena environments, enemies and increasing round difficulty, it can get rather challenging. The first few rounds in single player mode had me questioning my sanity.

When it comes to combat in Demons with Shotguns, at first it may seem like a good idea to just shoot and jump recklessly, but you will realize that you must calculate your shots and know how to use your ammo sparingly and alternate between shotgun and melee attacks. You will definitely die quite a bit as you adjust. This was my experience vs CPU. You can choose to play in normal or hardcore difficulty. Should you play with others in co-op or versus mode, the difficulty will vary. The controls are very responsive, and I didn’t encounter many issues.

The pixel art style of Demons with Shotguns adds a fun sense of arcade nostalgia when combined with the bloody chaos that ensues. Colours play well into the realms and the different arena designs balance familiarity and challenge. Each arena’s environment is not quite there to help you, but will throw some random curveballs at you. You can go from making that epic jump to reach your enemy to having a freakin’ goblin in a cage fall right on top of you. And it gets quirkier with each realm and proceeding arena.

There are trophies that can be earned throughout the game. From collecting 500 souls, to earning double kills in a single match and winning a multiplayer match without dying. Who knows how many you may unlock if you manage to stick this one out? The chaos of this game can be fun if you need to unwind, but I do see it as better enjoyed with friends. Single player tended to be more frustrating than playing co-op. Demons with Shotguns won’t be everyone’s cup of tea, but you’ll never know until you give it a shot(gun).

You cannot play Demons with Shotguns quietly. You may try, but you will fail dismally. It as if the yelling and screaming is an unwritten power-up you need to get through the game. With so many titles exclusively online multiplayer games, Demons with Shotguns has the makings of a co-op game that can be enjoyed with friends and family (no under 16s though) right next to you on your couch.