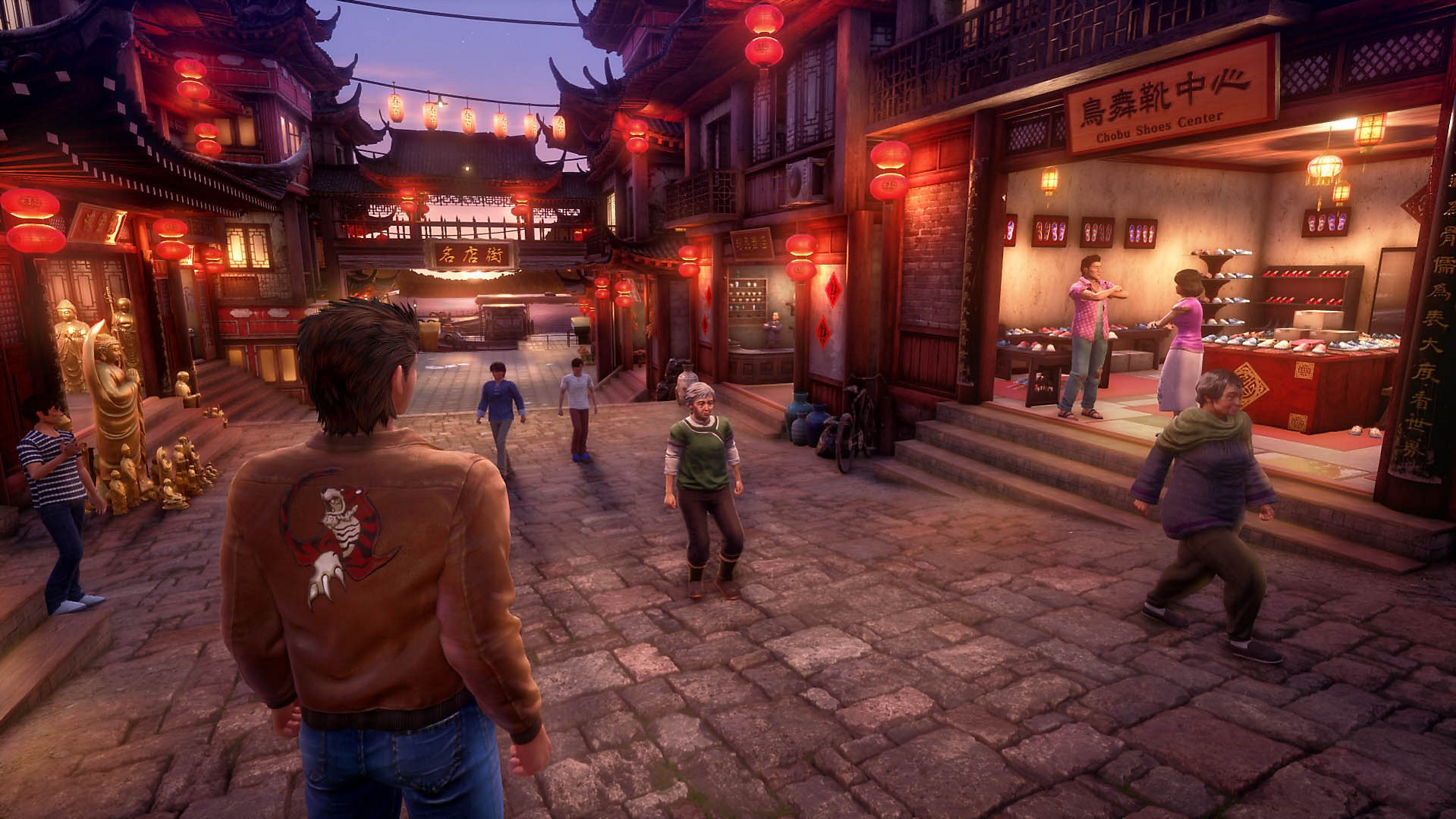 How the hell does one go about reviewing Shenmue III? Honestly, this might be the toughest game to review ever. I love Shenmue III, but it’s also slightly disappointing. It’s a game that fans will likely love, but one that will leave newcomers utterly perplexed. The commitment to the gameplay that defined it back at the turn of the century is something to be celebrated, but in some instances, will leave even the games’ most ardent fans screaming at the TV screen. It’s a game that refuses to be anything more or less than what Shenmue was and what Shenmue III was always supposed to be. It’s a game that refuses to move with the times, instead committing to a sense of nostalgia that is utterly unique given that, despite the fact that the last game in the series was released nearly 20 years ago, nothing quite like it has been seen since. Shenmue III is a game that feels defiantly retro, but as it marks an evolutionary offshoot that was essentially closed off back in 2001, it also feels utterly unique when played in 2020. Needless to say, there is nothing quite like Shenmue III; a game that is both old and new, beautiful and ugly.

So yeah, uhhhh, still not sure what all that means in the grand scheme of things. I guess it’s best that I provide a very clear disclaimer – this review is written from the perspective of a massive Shenmue fan (Shenmue and Shenmue II are amongst my favourite games of all time). Accordingly, I actually enjoy a lot of the archaic design choices that are used here. I marvel at the cheesy dialogue and the games’ insistence that we press three buttons when one will do. If that all sounds mental to you, well yeah, it kind of is – I can only assume that you’ve never played Shenmue before, and if that’s the case, please move along. Honestly, if ever there was a game made for exclusively for the fans, this is it. There has been no attempt to cater to modern tastes. This is a game that, beyond a lick of HD paint, could have very easily been made in 2002. Fans of the series are of course likely to find these resolutely antiquated design choices brilliantly charming, but for the rest, it will only serve to confuse and compound. Turns out that, if you’re going to be a Shenmue fan, you really had to be there when it was released on the Dreamcast. That might sound snobby, but honestly, I think it’s true – if I had never played a Shenmue game before, I’m convinced that I would absolutely despise Shenmue III. 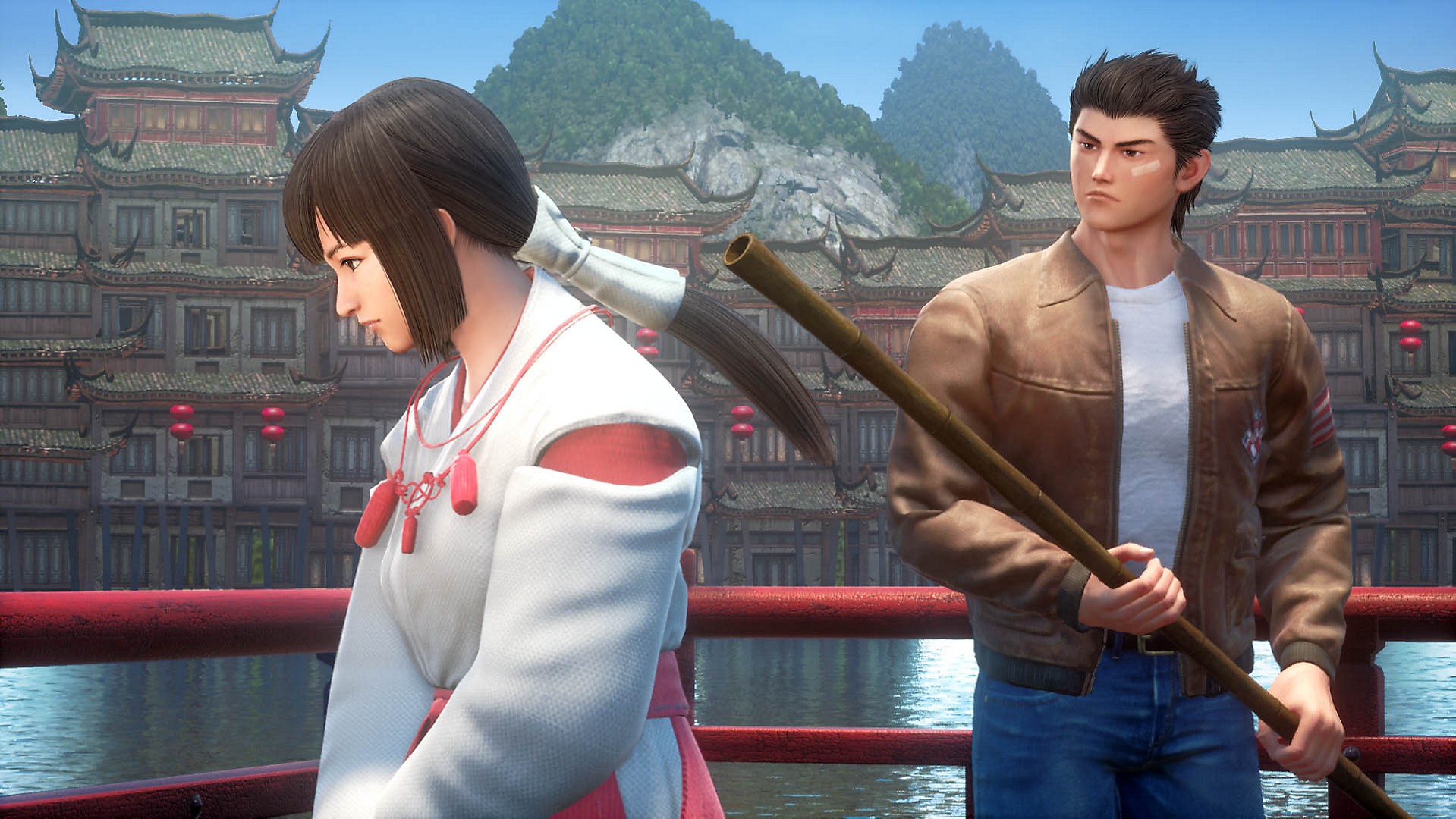 It doesn’t help of course that, if you’re new to the series, Shenmue III throws you right in at the end of Shenmue II – as if the last 20 years never happened. Again, fans of the series will likely love the fact that it’s straight back to business, but for everyone else, suddenly finding yourself wandering the Chinese countryside will likely leave you cold to the whole experience. Yes, there are videos to watch for those wanting to catch up on the story, but to tear through the narrative rather than to experience Shenmue’s uniquely idyllic pacing and often bizarre tone is to miss the point of the series entirely.

So yeah, if you haven’t played Shenmue before, this won’t be for you, but, even if you have, the games’ unwillingness to integrate modern systems and mechanics might still prove too much. Even I found it initially grating. There have been a few minor quality of life improvements, but Shenmue III is principally interested in recreating that original experience, something that it does very successfully – warts and all.

This is still the slow-paced, tonally odd, often idyllic game that it has always been. As you travel from the gorgeously tranquil Bailu Village in Guilin through to the more city-like district of Niaowu, you’ll undertake the familiar tasks of, questioning locals (complete with charmingly stilted and often downright bizarre dialogue), playing games, gambling (a lot) and getting in to the occasional fist fight (using a downgraded but still excellent take on the brilliant Virtua Fighter system). The only really difference from what fans of the original games might have expected is the inclusion of a stamina bar and some basic RPG mechanics. The stamina system in particular will likely prove a bit of a Marmite addition, but while I initially saw it as unnecessary busy work, it did ultimately give more meaning to my purchases and my earnings. Sure, you’ll have to spend more money on food and drink rather than capsule toys, but it does help immerse you in the world even further and links directly in to the new RPG mechanics.

This really is RPG-lite, but rather than just the addition of unlockable moves as you progress, you’ll now need to undertake training and sparring sessions to level-up Ryu for some of the games’ surprisingly tricky battles. While levelling up via training is rather straightforward (if somewhat repetitive), any kind of training or sparring does drain your stamina, thus meaning that you’ll need to work or make money gambling in order to by the food and drink that will allow you to train harder and level-up quicker. Again, some might see it as a chore, but there is definitely a circle of life thing going on here that successfully connects the games’ different systems and activities. 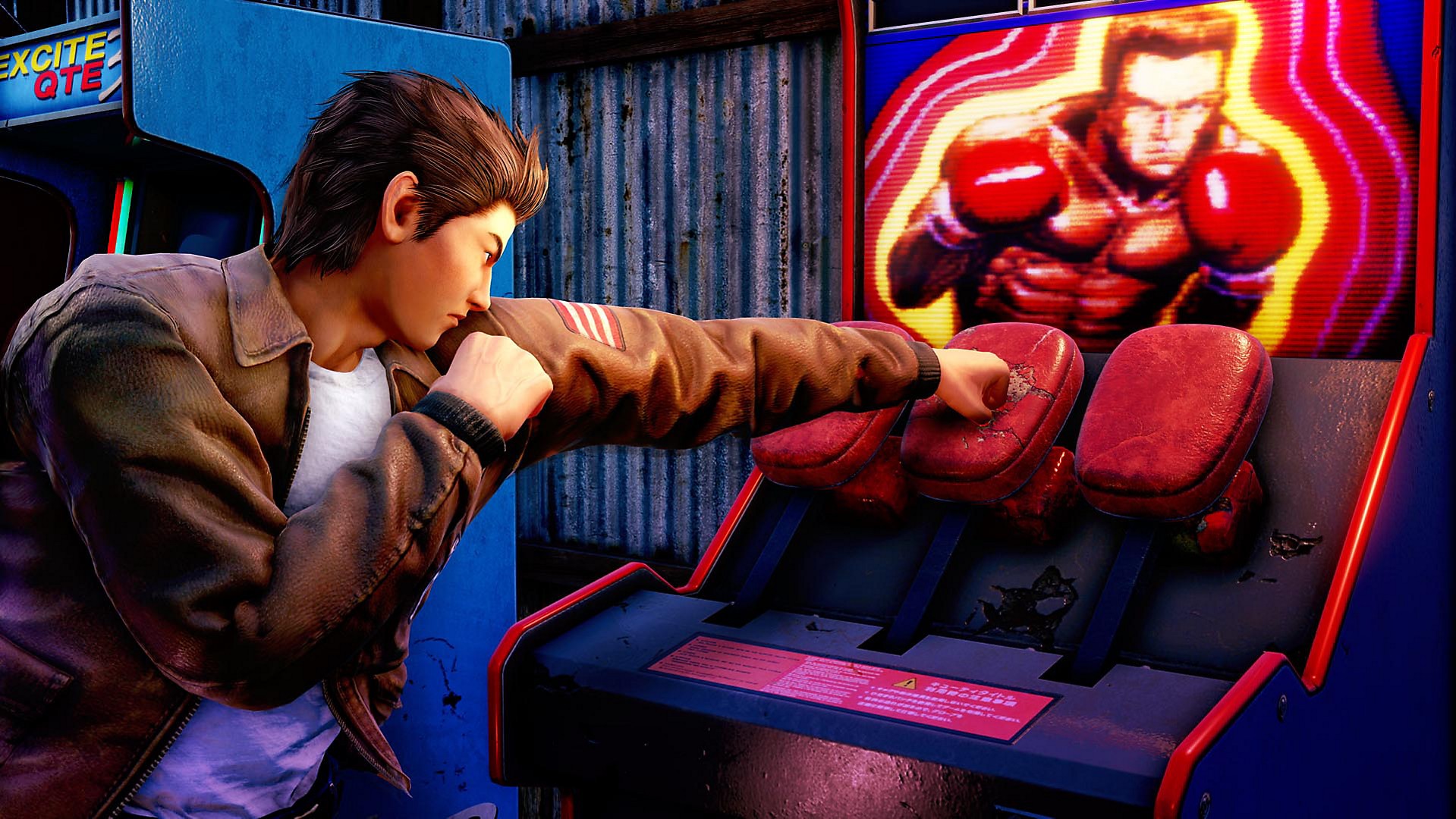 While levelling up is essential, you’ll also want to make money for toys and games. Sadly, this is one aspect of Shenmue III that doesn’t come close to matching the standards set by its predecessors. Whether it be a money issue or a licensing issue, the general lack of Sega-based capsule toys, and in particular, Sega-based arcade machines is a massive blow. The capsule toys here are all pretty boring and the games, while decent enough (and home to some returning favourites), ultimately disappoint. The gambling is arguably more robust, and turtle racing is oddly compelling, but that doesn’t make up for the lack of an Out Run, Afterburner, Hang-On or Space Harrier.

Still, while Shenmue III obviously can’t contend with the kind of budget afforded to its predecessors (Shenmue was famously the most expensive game ever made upon release), the successful Kickstarter stretch goals have allowed for a pleasingly detailed and incredibly dense game world. Sure, it doesn’t come close to matching the scope of many modern open world games, but size was never Shenmue’s thing – it always favoured density and detail over scope, and the same is undoubtedly true of Shenmue III. It’s far from small of course, but the initially cramped area of Bailu soon opens up to reveal a larger but above all else, relentlessly detailed game world. From being able to pick up largely pointless objects to the unique households and rooms that can be explored at your leisure (unless it’s your bedtime of course), Shenmue III never seems to cut corners when it comes to unique period detail.

What really sets it apart from just about every other game out there though, is its vast, unique and utterly memorable cast of characters. Sure, the dialogue is wildly inconsistent, but every character seems to make an impression, and with your daily routine often intersecting with that of the locals, you’ll soon find yourself picking out their habits and character traits. As big as many modern open world games might be, one thing that Shenmue has always done better than most, is creating a genuinely living world, one with relatable characters who feel like they have lives outside of your brief interactions. These aren’t just blank NPCs, these are characters unto themselves, characters that ultimately go a long way towards making Shenmue the distinctive beast that it is.

So, what about score? Well, I don’t know. If you’ve never played a Shenmue game before, you’re probably looking at a 4/10, but for fans of the series, this has to be closer to an 8/10. In fact, that’s exactly what it’s going to be – yeah, an 8/10 feels about right. Ok, that was easier than I thought, but honestly, your experience with this game will be intrinsically linked to your experiences with the games’ fantastic predecessors. If you’re a super fan like me, you’ll probably be left slightly disappointed by the fact that Shenmue III never quite reaches the heights of the first two, but at the same time, you’ll invariably be delighted that a) it exists, and b) it still feels like Shenmue. And the second point really is the important one here – it must have been tempting to update and refine the template, to bring Shenmue III in-line with modern gaming habits and expectations, but to do so would be to lose the essence of the game. Shenmue is as much its failures as it is its successes, and while those old issues can still grate (issues that stand out even more in 2020), the game just wouldn’t feel right without them. Would I have liked to see the return of Sega arcade games? Yes. Would it have been great to have a more rewarding sense of closure? With our question. Do I still love this game? Undoubtedly.

Shenmue is as much its failures as it is its successes, and while those old issues can still grate (issues that stand out even more in 2020), the game just wouldn’t feel right without them.