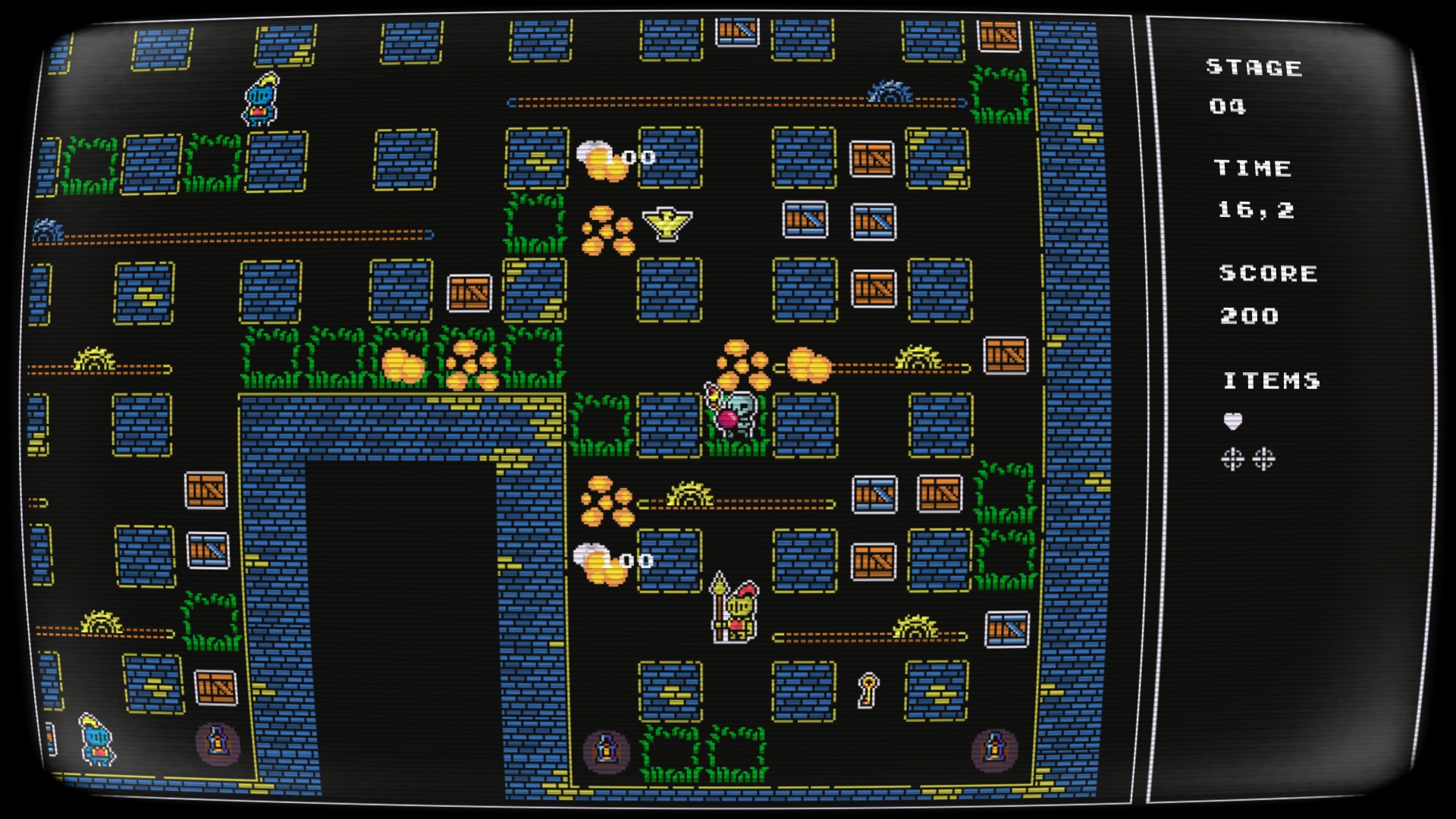 Bomberman was a very popular title and continues to be so with each new edition that comes out. Whilst they may add new features to the later releases the core concept remains, plant a bomb, move somewhere safe and watch it blow up something, rinse and repeat until you reach the end of a level. Explosive Jake attempts to carry the baton but this time it’s a small skeleton doing the bombing and running.

Explosive Jake is basically a Bomberman clone. You are a small skeleton who has to get out of the various dungeons they find themselves in. You need to make a route by planting bombs. There are enemies and obstacles in the way which for the most part can be blown up. You need to find a key and a door to leave a level otherwise you’ll be stuck in the dungeon. Unfortunately for Explosive Jake the positive Bomberman comparisons do not last that long as you quickly realise Explosive Jake that the first level is very much like the last level. 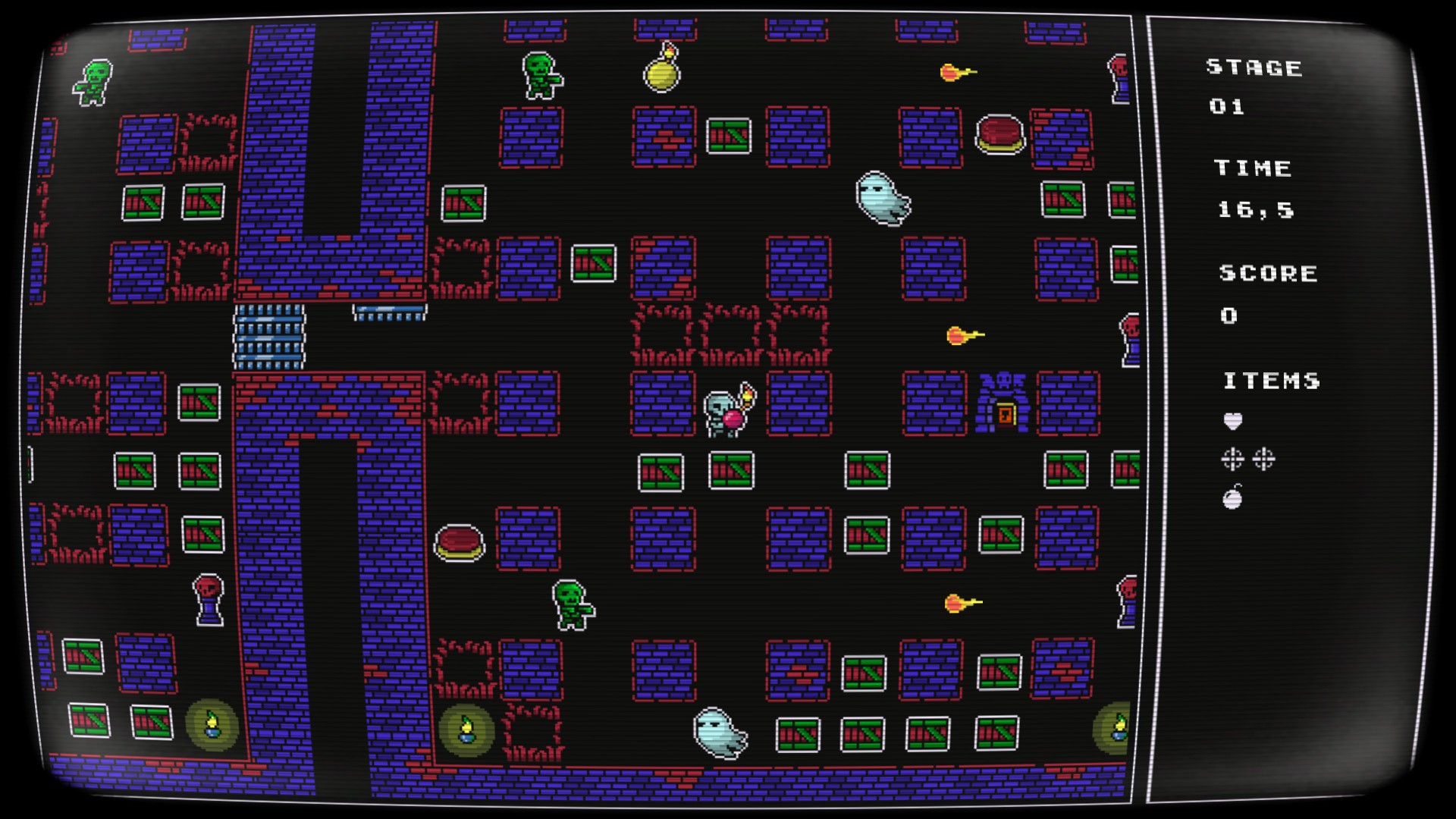 Each level in Explosive Jake plays almost exactly the same. You will start off in the same spot and you will need to navigate your way around until you find a key and a door to escape a level. That is pretty much it. You begin Explosive Jake with one bomb which is very frustrating because you have to wait for it to explode before you plant another, this makes Explosive Jake increasingly annoying to play. As you progress you are able to carry more bombs but again you need to wait for them to explode before you can plant any more. Considering how many boxes and enemies you need to blow up this makes Explosive Jake a painful experience. For some reason you get more bombs but you none of your other statistics increase. There are some pick ups that make you go faster or give you an additional health point but they don’t carry over. You will begin each level in Explosive Jake with one heart, if you get hit then you need to restart the level from the beginning because there are no checkpoints which adds to the frustration.

Explosive Jake levels are almost identical templates of each other, you’re effectively replaying the same scenario with slightly different elements. All the enemies do practically the same thing, they follow a pattern so you just need to remember what they are doing so you don’t get in their way. There are no big bosses just a couple of new enemy types appear as you make your way ever so slowly towards the end of the 40 levels. The keys and doors are always in the same place, so when you finish a level there is no reason to go back and replay it unless you want to improve your time or high score, something you will not want to do. Some of this could be put to one side if the controls and bomb dropping was smooth in Explosive Jake, it’s not. Every now and again when you try to lay a bomb you don’t, it appears sometimes you need to be in an exact location to drop a bomb, very annoying. Add this suspect bomb dropping to the lack of checkpoints and you get a game in Explosive Jake that is pretty forgettable. 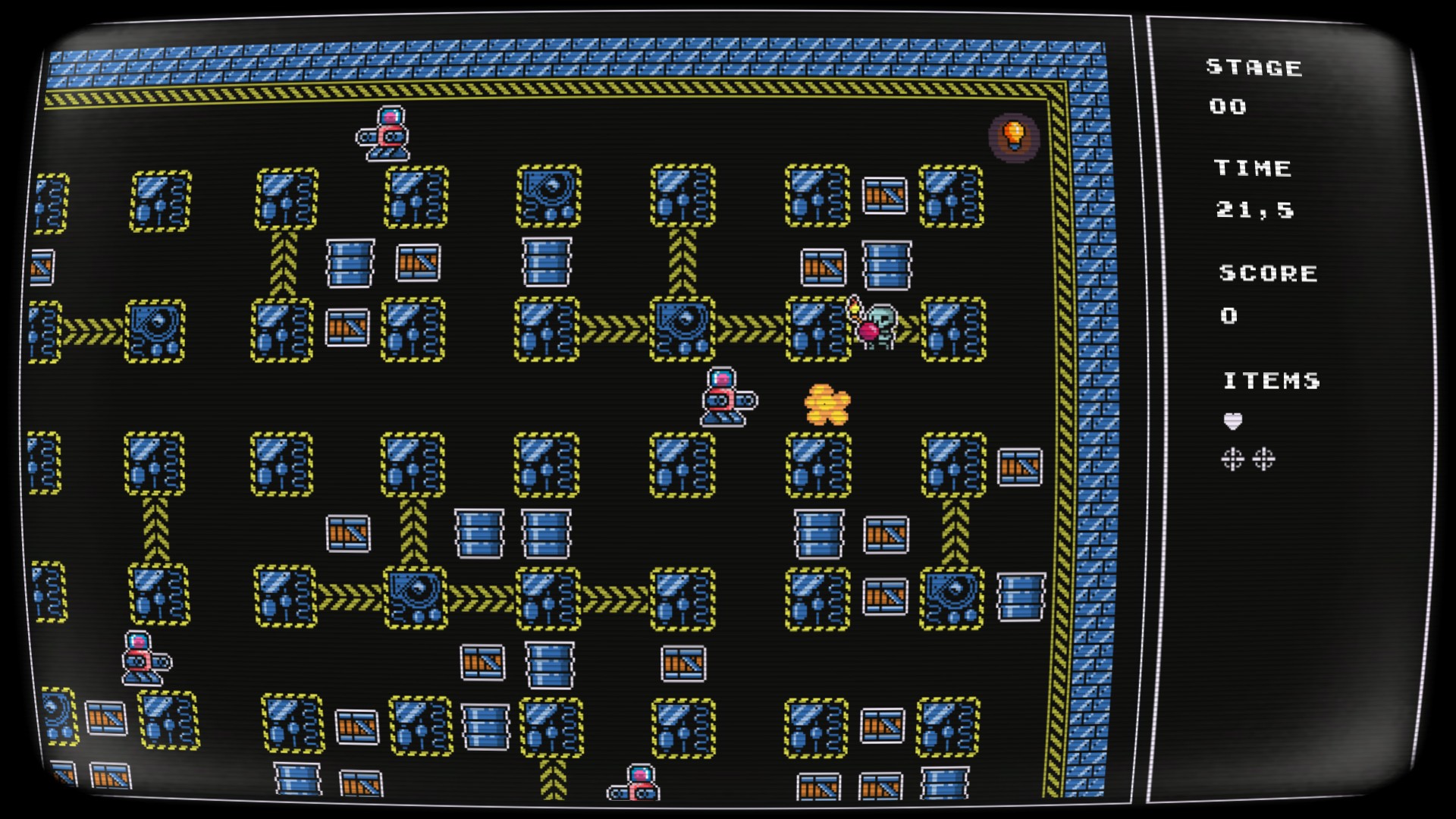 Graphically Explosive Jake goes down the retro route, it looks and feels like an 8bit experience. The little sprites are charming enough but without a story any dialogue there isn’t really much reason to care for any of them and that includes your small skeleton friend. The chiptune music is one of the better parts of Explosive Jake, but whether you play Explosive Jake long enough to hear it is another question. Bomberman was a simple game that was well presented and kept things simple, Explosive Jake keeps things simple but just isn’t much fun to play.

Unfortunately Explosive Jake has attempted to carry the Bomberman torch but just lacks far too much to be considered a contender. The lack of level design and frustrating mechanics lead to an Explosive Jake experience which is mostly annoyance and boredom. If you have an urge to play Bomberman, then play Bomberman because Explosive Jake won’t be able to satisfy you in its current incarnation.

Get ready for some Bomberman fun with Explosive Jake…………..