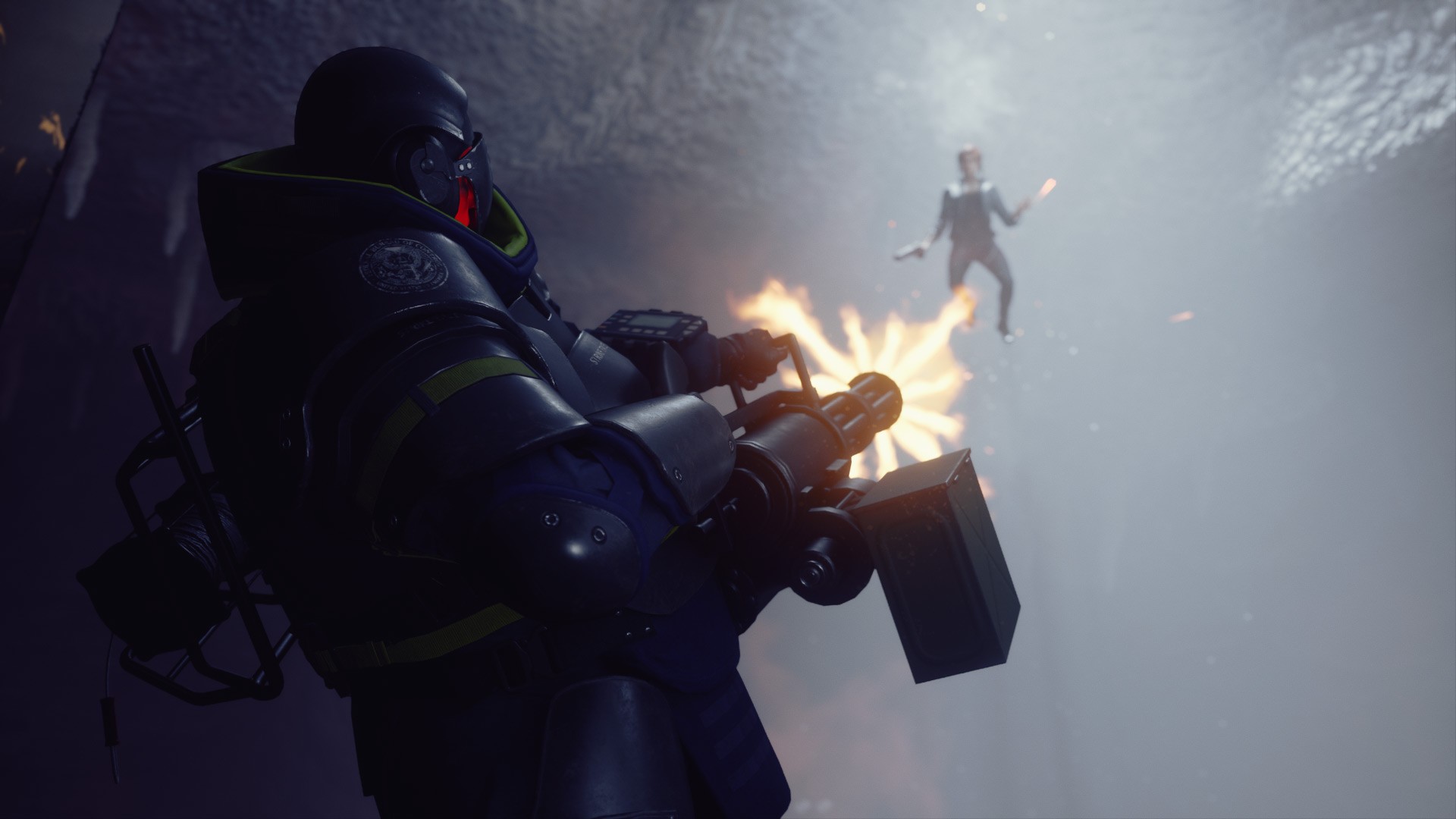 DLC Content packs used to be all the rage back in the mid 2010’s, as each and every game, and its mate, featured a content pass and an abundance of DLC which would usually extend the title’s lifespan. But as we’ve moved from PlayStation 3s and Xbox 360s onto the next gen, microtransactions and lootboxes took over the scene, and made story driven DLC a thing of the past. Sure, some games, such as The Surge and Bloodborne, did in fact receive narrative driven DLCs, but such titles were, and still are, few and far between. However, Remedy, has came into play to fix this, with The Foundation expansion for Control.

Unlike Bioshock 2’s Minerva’s Den, The Foundation isn’t a unique experience, which allows you to experience the game you’ve played before from a brand new angle. Instead, it is simply a continuation of Control’s base narrative, which begins exactly where the main campaign ended. And sure, some will definitely welcome The Foundation as is, but considering the world of Control, and its endless possibilities, it does feel a little disappointing to get served with more of the same.

More, is clearly a theme of The Foundation, as the DLC in question features more skills and abilities, more enemies, more exploration, and most certainly much more frustration. And frustration is a integral part of this particular addition, as the Foundation’s difficulty is miles above the core experience. Sure, the boss fight against Tomassi, was a pain the backside, but it made sense. Whereas the difficulty of The Foundation stems from the fact, that it constantly throws more, and more enemies right in your face. And whenever you feel like you have escaped an encounter with a sliver of health, Control just slaps you round a face with another wave of enemies, which can double tap you, even when at full health. To put it bluntly, The Foundation, simply isn’t on the level of the core experience. Sure, it is an extension of it, but it doesn’t have the fun factor which the core story mode possessed. The title’s combat is still thrilling and exciting, and the inclusion of the new terraforming abilities, only further adds to it. But after 30 minutes with the expansion, you’ll feel like you’ve seen everything there is to experience and this is where the biggest issue of the DLC lies. There is simply too much of the old, and not enough of the new.

Another thing about The Foundation which I had, and still have a problem with, is the fact that its environments are nowhere near as varied, or captivating as the ones of the original game. And while the lack of variety is underwhelming, then what is even worse, is the fact that The Foundation feels incredibly clinical. They all feel incredibly lifeless, and lack the sense of awe and wonder, which the core experience was full of. This may stem from the fact that all that can be found within The Foundation, can be easily accessed within the main game and doing so, does not require you to fork out extra cash.

Sure, The Foundation does have its own narrative. But it is basically boiled down to, ‘bad thing is happening, go fix it’. Which yet again, is the rehash of the events of the base experience. With an exception, that the core narrative had overarching plot-lines, and sub-narratives, whereas The Foundation is just a single thread of yarn, which you are simply rolling into a ball as you go along. And while simplicity is not exactly a bad thing, then the straightforward structure of The Foundation, pales in comparison to what we’ve seen already from Remedy. 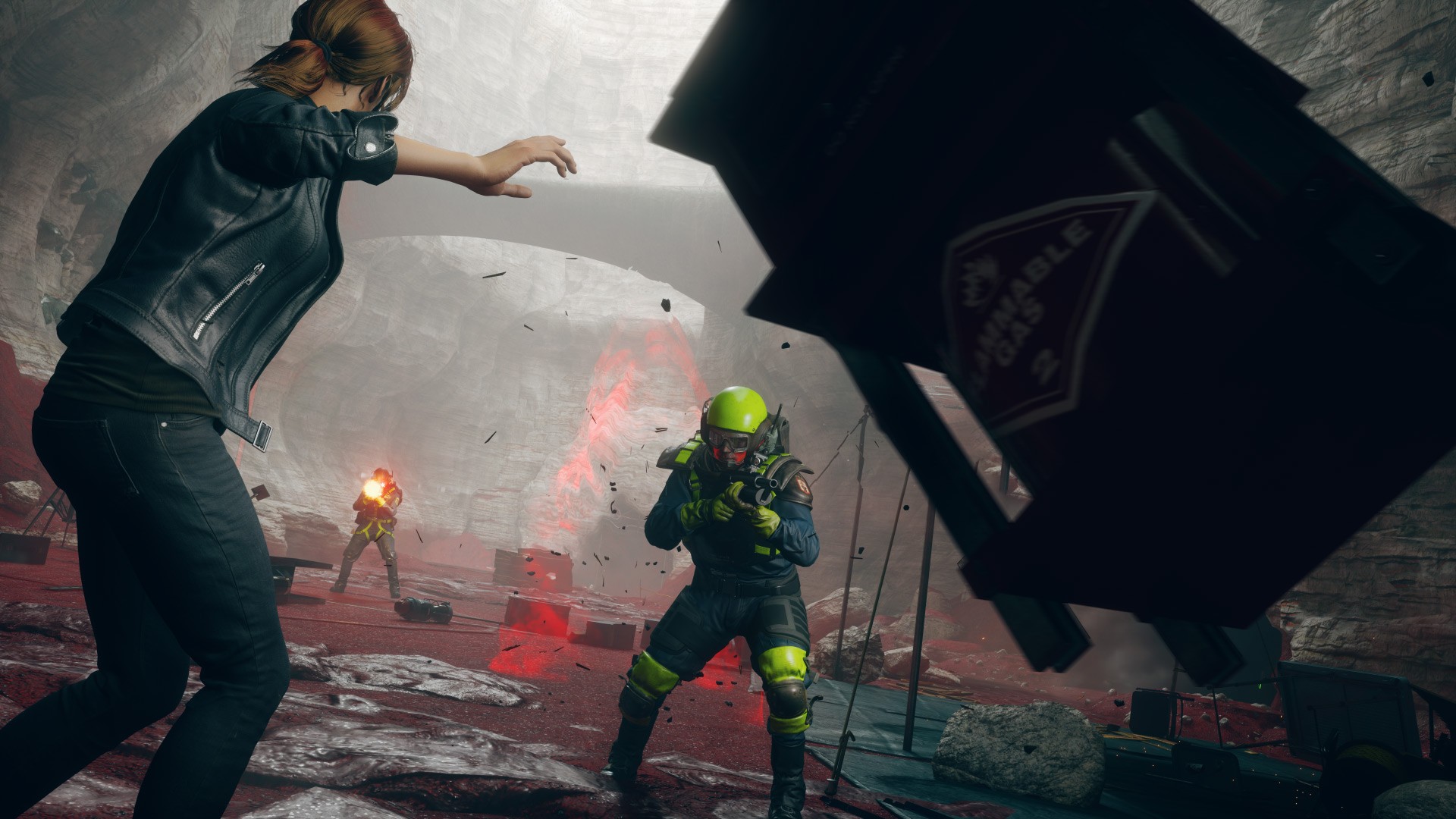 This feels like the part, where I should move from negatives onto positives, but unfortunately, the issues with The Foundation, do not end on a basic narrative, and lack of variety. As they leak from the facet of design, and into the technical execution. The main problem, and the one which is the most jarring, relates to the DLCs, technical performance. Sure, at launch Control did struggle with frame drops, and hitches, but The Foundation, and the game as a whole, after all this time, works worse than it did at launch. It chops-up constantly, it drops frames like crazy, and whenever you pause it, it just locks up for seconds at the time – and then it locks-up yet again when you un-pause it.

What’s weirdest about all this, is that Control, and The Foundation in particular, struggles the most during exploration. And sure, you will experience minor frame drops while in combat, but the game at hand feels like it is on its last legs, whenever it is rendering-in new environments. And while some of you may attribute the title’s poor performance, to the age of current gen consoles, then you have to remember, that there are games out there, such as Uncharted 4, or Crystal Dynamic’s Tomb Raider, which do not skip a bit, but feature much more impressive visuals, and much more extensive use of technology.

Overall, The Foundation isn’t a tragic experience. It is not great, or good by any means, but it is acceptable. And while the simplicity, and the lack of new additions do hamper the DLC somewhat, then such are not the end of the world. But what cannot be excused, it the fact that The Foundation’s technical performance is nightmarish, and it is ultimately what drags the content pack down. And if not for the shambolic performance, then I would have upgraded the score up by a notch, but unfortunately, it is what it is. And let’s just hope that the second, and final piece of DLC, will correct The Foundation’s mistakes.

The Foundation is an apt continuation of the core Control experience, but it simply doesn’t do enough to warrant your time.