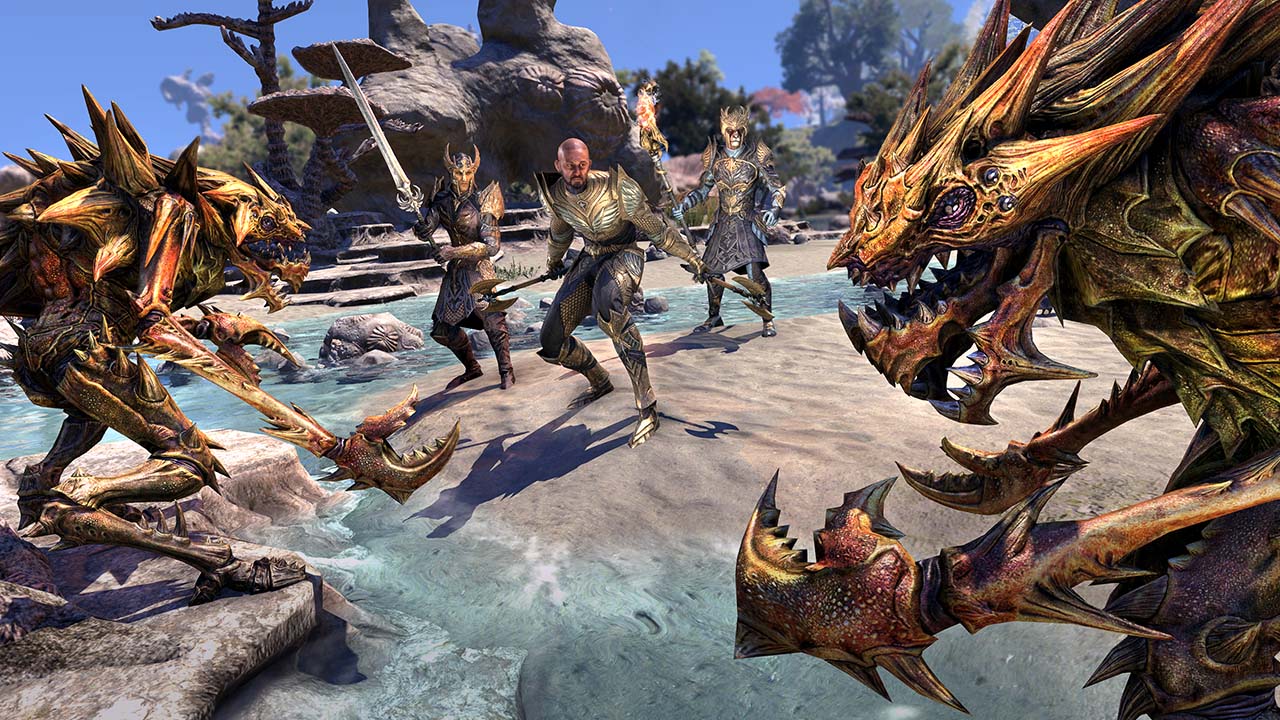 MMORPG, as a genre, never had a good reputation. As since the beginning of time, the general public has always found a way to demonize it in one way or another. First, MMORPGs, or even MMOs were seen as games for absolute nerds – recluses who never leave the confines of their homes, and throw their lives away playing brainless online games. Then, once the mark of a nerd was no longer viable, as many have grown accustomed to it no longer being negative, the vocal minority has tried to paint MMOs as drug like devices, which were designed to consume your child, and his/her mind. However, no matter how hard the public has tried the genre has always prevailed. And not only has it survived, but it has grown with each and every year, and the most recent expansion to The Elder Scrolls Online, titled Summerset, shows us that the future of MMOs is very bright indeed.

Visually, both the core experience as well as Summerset, are nothing to write home about, as they both closely replicate the visual facade of the 2011 Skyrim. And while some may be disappointed by that fact, then it has to be underlined that The Elder Scrolls Online, and all of its expansions, not just Summerset, have to accommodate large amount of players and variables, and when all such are taken into the consideration, then it has to be said that The Elder Scrolls Online looks fairly decent. And while you will not find sights at the level of the most recent God of War within Summerset, you will always find something pleasant to look at. And that’s because the elvish aesthetic of the expansion, infuses the title with a breath of fresh air. And it provides one with a world which is both a joy and pleasure to spectate, as even with its quote-on-quote dated visuals, it looks breathtaking at times thanks to its core visual design. 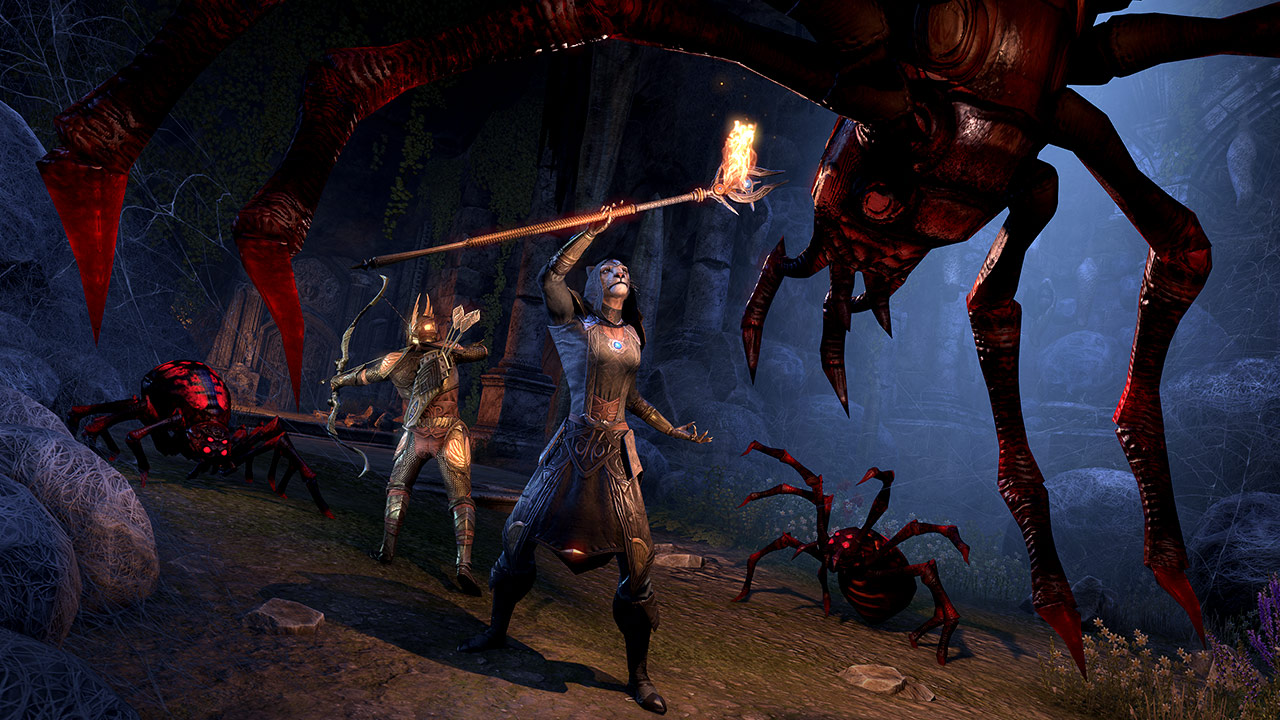 While many could read about graphics, art-styles, and aesthetics for hours on end, most will prefer to learn about the core mechanics and gameplay elements – especially when it comes to MMORPGs. And while The Elder Scrolls Online Summerset, strongly resembles Skyrim visually, it also mirrors it in terms of gameplay. As the first and third person, hack and slash combat makes a complete return within the world of The Elder Scrolls Online. But just like the title’s visual facade, Summerset’s combat has been up-scaled, and streamlined in order to accommodate the modern gamer. And while it still possesses the core feel of Skyrim and in may ways the one of Oblivion, it is also much more comfortable to use, thanks to the addition of hot-keys, and skills which are bound to them.

When it comes to physical combat, either ranged or melee, The Elder Scrolls Online, concentrates on pure, down to earth hack and slash mechanics. However, the addition of active and passive skills, elevates it above and beyond the single-player installments of The Elder Scrolls series. As within Summerset, you are no longer just tapping R2, and hoping for the best. Now you have to utilize an entire arsenal of skills and abilities, which expands as you level up and progress through the game. And while most MMOs would make you wait hours, if not days before you get an adequate skill-set, then The Elder Scrolls Online’s Summerset expansion provides you with one within minutes. As the expansion’s tutorial gives you the low-down on all you need to know.

Summerset’s tutorial is fairly brief, and won’t require you to spend hours hunting rats or other vermin such as the now archaic Silkroad Online. But within the ten minutes or so which you’ll spend within it, you’ll learn everything there is to know about your character, skills, equipment, and the outside world. And if you happen to play as a paladin, just like me, then you will not just leave the tutorial cave with all the required knowledge, but also an essential healing skill, which will allow you to explore the plains of Summerset on your own, with no need for healers, sorcerers, or other mystical charlatans.

The Elder Scrolls Online’s Summerset expansion is incredibly user-friendly. As it does not just teach you how to play, but also allows you to explore the world in your own, personal way, just like any other exceptional RPG would. And the title’s element’s such as the old-but-improved combat, and the steady learning curve allow you to explore the expansion at your own pace and leisure. And unlike the MMOs of the olden days, Summerset will not unnecessarily punish you for straying off of the beaten path too early, or for not obeying its rules. And most will love it for that particular reasons, but without a shadow of a doubt, the MMO purists out there may, or perhaps will call Summerset expansion an MMO for children. 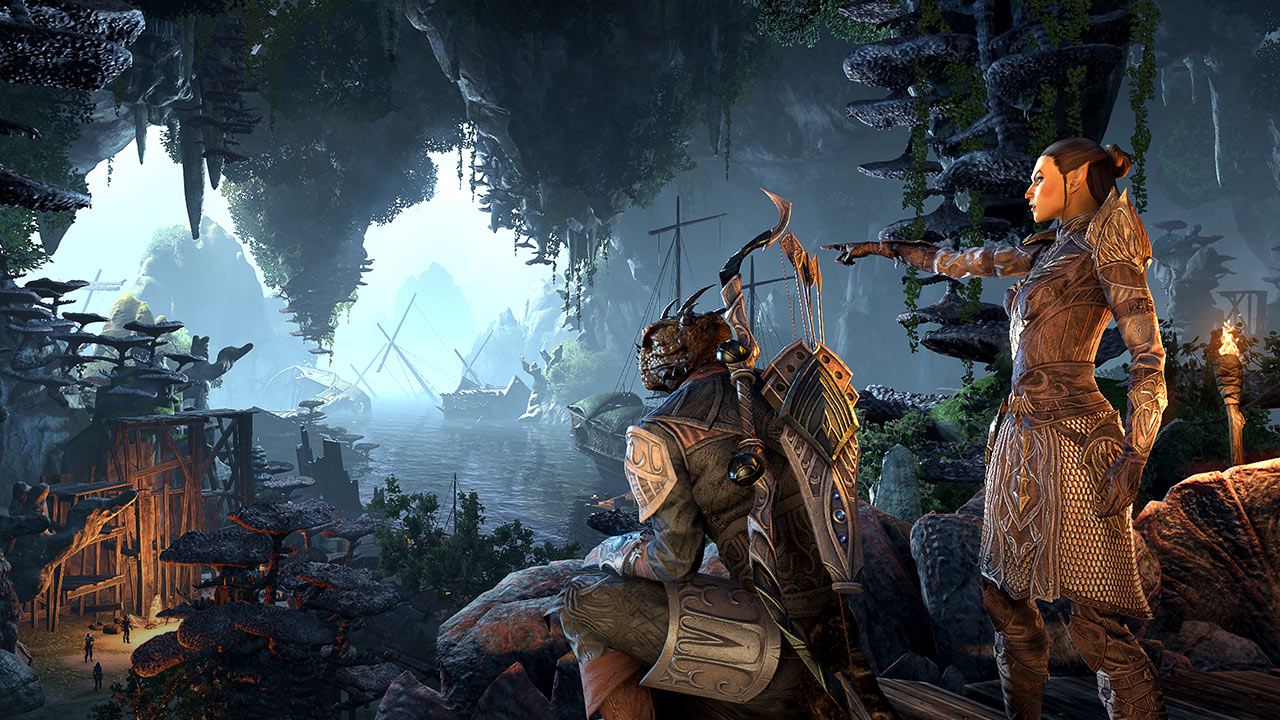 If you have spent the last decade, or two, hard-core grinding out MMOs within the confines of your bedroom, then you may find Summerset to offensively easy. As unlike title’s such as the above-mentioned Tibia, this particular expansion practically holds your hand through its early stages, and for some parts of the latter. And while it may upset some, then it has to be said that those who will be up in arms about it, are just a minuscule minority. And for the most part, Summerset’s lenient difficulty curve is by far its biggest strong point – at least for me. As it does not only allow new comers to feel welcome, but it also allows players of varied skillsets to play together harmoniously besides one another. And absence of disparity in skill, and the ceiling of such, ultimately turns Summerset into one of the best MMORPG experiences on the current generation of consoles.

Whether you are  battle-hardened veteran or a complete newbie, you will undoubtedly find something for yourself within the world of Summerset. And while it is an exceptional MMO experience, then it has to be underlined that it is by no means perfect. As in true Bethesda fashion, The Elder Scrolls Summerset possesses a fair share of awkward, and at times hilarious bugs and glitches. But if you have played Skyrim, or any other Bethesda Studios title for that matter, then the sight of players moon-walking on the back of their mounts, or NPCs walking on furniture will be nothing new for you. And while such imperfections do not affect gameplay in any way, shape, or form, then it has to be said that they can completely shatter one’s immersion, as seeing an NPC spin on top of a chair, during an important cut-scene can completely ruin the moment.

Not to prolong, all that has to be said about The Elder Scrolls Online Summerset expansion, is that it is a dream come true for all MMORPG hopefuls, who always wanted to be a part of the MMO gang, but could never jump onto the hype train due to the brash nature of most games of the said genre. The streamlined nature of the title in conjunction with the tried and tested elements of the single player Elder Scrolls universe, allowed Bethesda to create an MMO for all to enjoy. And while Summerset may not be reinventing the wheel, when it comes to the core substance of the MMO experience, it subsequently does enough to freshen it up, and provide players world over with hundreds of hours of pure entertainment – albeit one featuring plethora of comical bugs