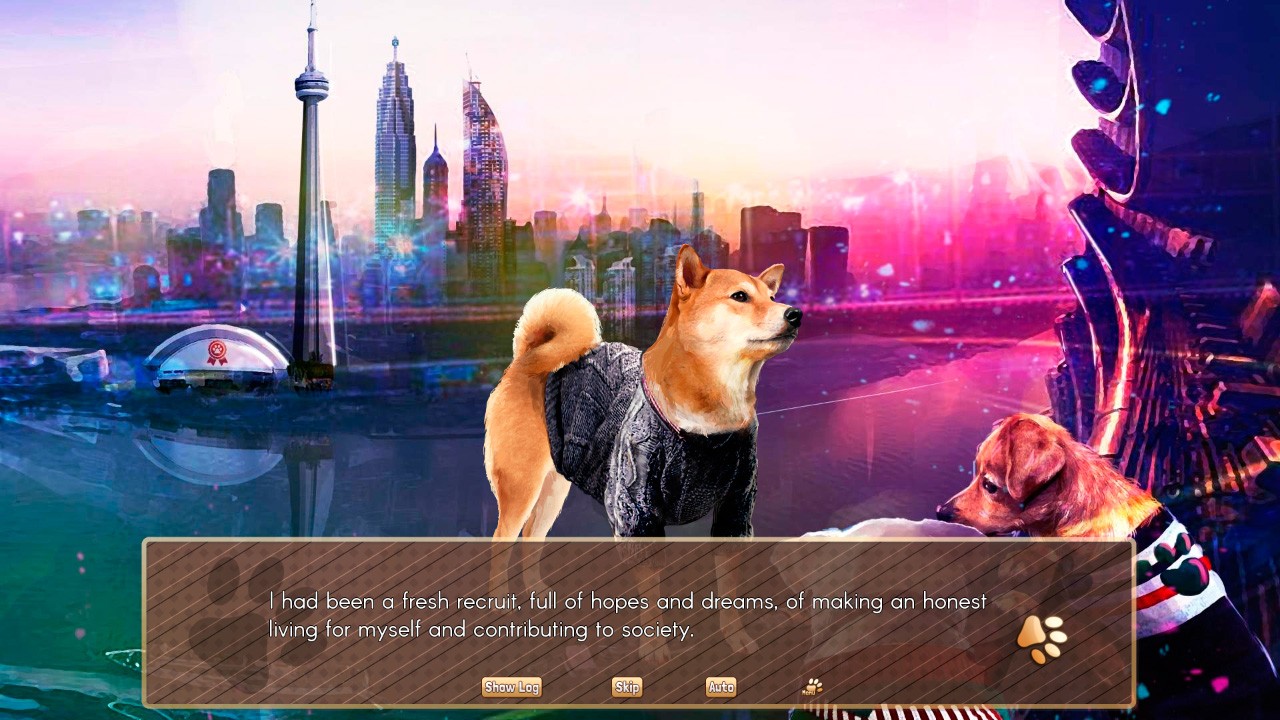 The visual novel genre is absolutely massive in Asia, but in the West, it seems to have slipped us by. I’ve enjoyed reading for as long as I can remember, so it was shocking that my first visual novel was only experienced within the last month, and that was the colourful and unusual title of Strawberry Vinegar. As I look to right this wrong, I’ve noticed that my options are limited in the EU market, fortunately publishers Ratalaika Games has started investing its resources in getting developers on board. More recently they have added 5 novels to their repertoire, the latest of these being A Summer with the Shiba Inu (ASwtSI). It has been developed by Quill Game Studios, and it’s the first project for this little indie developer. My first impressions of their work were good, I just hoped that it would last for the length of the whole story.

If you have been lucky enough to play a visual novel, then you will know exactly what to expect, but if you are new to the genre, then let me explain what you will experience. A story plays out before you, with striking still images set on the screen, as you progress you have the opportunity to interact with the plot, and these choices will influence the outcome. In ASwtSI you will have the opportunity to experience 3 different endings and 10+ minor character plots. If you wish to see them all, then you will have to note down your dialogue choices, and then select a different one on your next run through.

I’m not going to give away too much of the plot, as I don’t want to ruin the game for you. But I will give an overview of the story, and then try my best to explain what I liked without too many spoilers. Everything revolves around Syd the Shiba. She left Shiba island under a cloud and decides that she wishes to return after a 10-year hiatus. On her return, she sets off a chain reaction of events, which turns the lives of the dogs she left behind upside down. As the plot progresses Syd must rely on her only allies Max, and a Labrador retriever named Quei-LI. She must survive the ghosts from her past, and face up to the demons which made her leave the island in the first place. 70,000 plus words, canine based jokes, dog facts, and a barking sound effect await you during this rather in-depth visual novel. 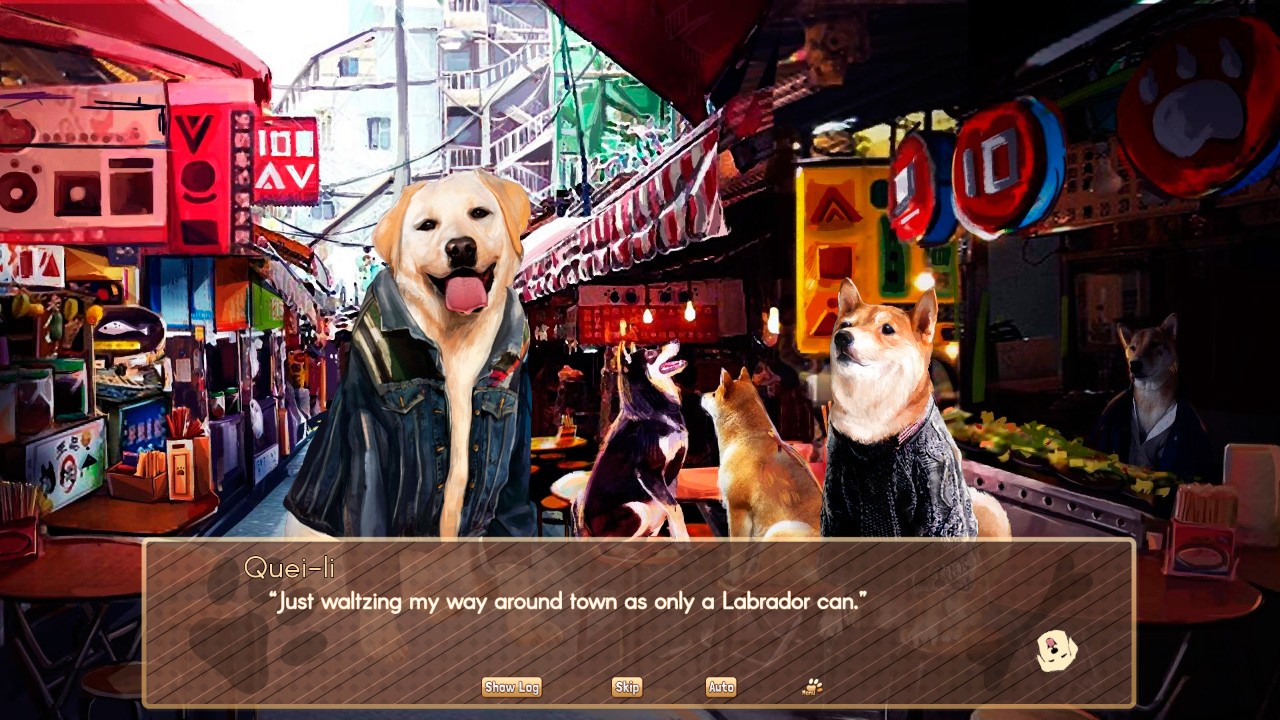 I was taken back by the odd yet charming concept of dogs which replicate humans. In this alternative reality, every canine has human characteristics, they all follow a certain fashion trend, and live in houses and flats. Each has their own job, and talk like you and me. They still have the ability to bark and growl, but choose to converse in a much more pleasant way. They all love technology, and instead of having a standard phone, they use holograph wristwatches, both futuristic, and strange all mixed into one. They are ranked to maintain social standing, and this is achieved in the ARina (a virtual arena where the ranking system is decided) Syd our heroine in this tale reaches the pinnacle of this system, and obtains the ultimate prize, this is the beginning of her downfall and is what drives her away in the first place.

This is effectively a story unfolding on your TV screen, as such, you shouldn’t expect to experience much in the way of animation. The images that are used are colourful, and bold. Each of the dogs has several poses captured, and these are combined with the narrative to express emotion. The developers have tried to replicate the bustling nature of the capital of Shiba island, random dogs will move across the screen as a still image. It was utterly ridiculous, and distracting. However, it did make me laugh solidly for about 10 minutes. In my attempts to stifle this laughter, I woke one of my children at 1 AM. I’m not sure this was the impact that Quill Game Studios was going for. I understand that they were trying to build some energy into the story, but the written text is so strong, that it was overkill, and totally unnecessary. Each of the different landscapes that you will see are beautiful, and help to enhance the imagery that your own imagination will produce.

If you have ever watched the Moomins, you will be familiar with the writer’s use of 4 or 5 songs to create an atmosphere, and this is exactly what happens in ASwtSI. As the hours pass by, you will note that the soft and delightful Asian influenced audio plays on a specific loop. Depending on the feel of each chapter, you will be treated to a different song, none of them are overpowering, and they do not distract you from reading the information on the screen. Similar to lift music, it just exists to fill a void. After all, you wouldn’t want to be sitting for hours in complete silence. 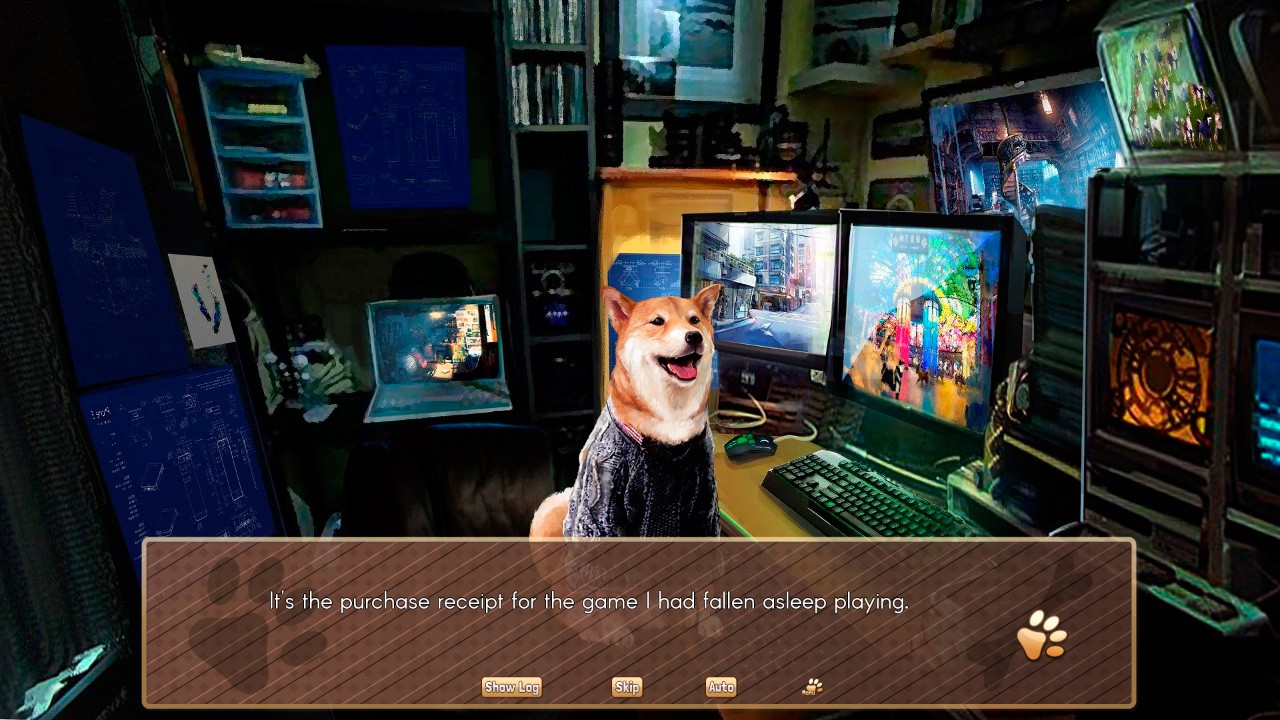 As with all VN titles, the controls are extremely simple. You select the dialogue choice in front of you, and occasionally press the A button to move the text on. It’s rare that you can game with a controller in your lap, and a drink and snacks in your hands instead. This is one of the privileges of playing such a relaxed genre, you don’t have to worry about rushing around and competing with others, all you have to do is sit back and enjoy the action in front of you.

This is a monstrously big read. 70,000 words having to be consumed, while making some informed decisions, meaning that this isn’t going to be finished in a couple of hours. If you then mix in the fact that you have to run through it a total of 6 times to obtain all the achievements, then you soon come to realise, you have a lot of reading ahead of you. Luckily, you have the option to alter the text speed and skip through sections of the story that are already familiar. This prevents you from having to read through every part again. As much as I loved the plot, I certainly wouldn’t want to listen to Syd moaning about life, or worrying about Max, again, and again. I’m a reasonably quick reader, yet I still found that I had to play for approximately 5 to 7 hours to get through the first run. If you wish to see the alternative endings this can be done a lot quicker, and you will need to set aside around 20 hours.

The VN genre is not going to be to everyone’s taste, hours go by, and you hardly touch the controller. I personally loved every minute, and it happily combined two of my favourite pastimes into one fun and unusual story. The combination of beautiful and striking graphics and calm and serene audio make this a pleasure to experience. The in-depth and rather wordy plot makes this extremely good value for money, and the number of alternative endings really adds replay value. I can’t help but recommend this! Cute dogs, canine puns, and a humorous and dark plot make this a must-read Visual Novel. 10 years is a long time to run from your past, it’s time to return home, and face those demons.

10 years of hiding from your past are enough for any dog. It’s time to face your demons and put the past to rest once and for all.