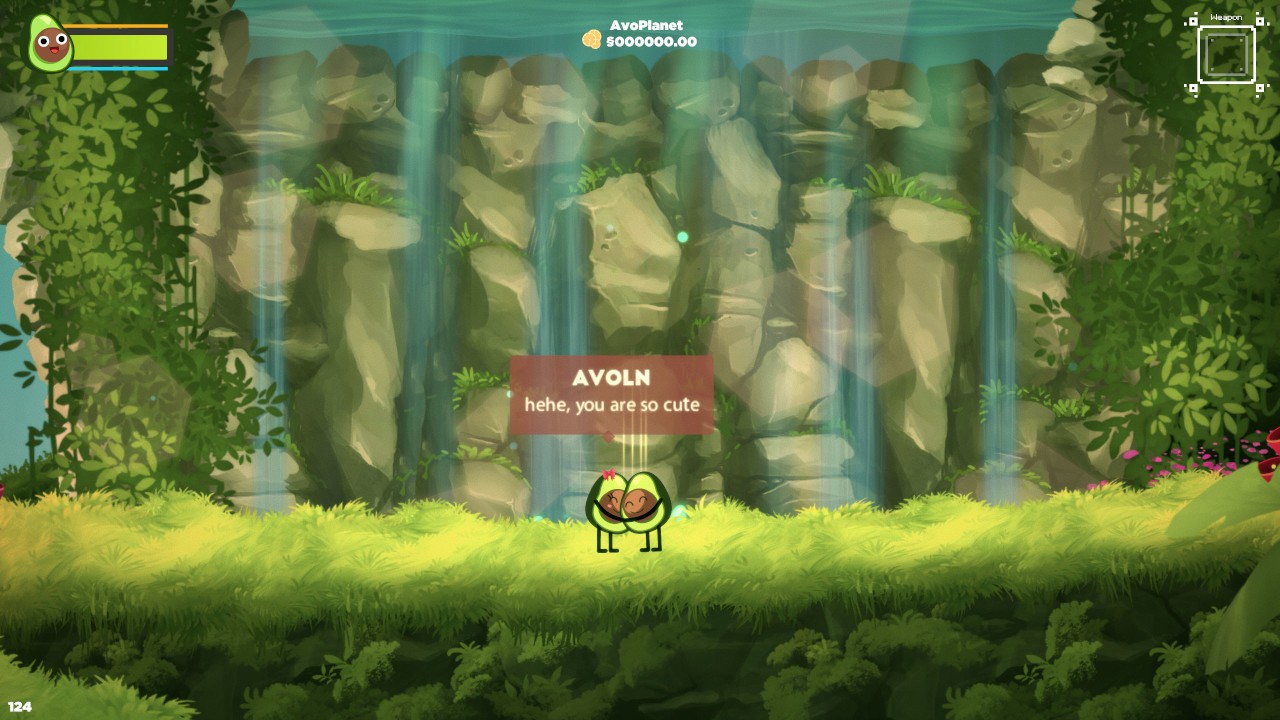 Love. That is the main message of the adorably packaged indie title AvoCuddle from Ramez Al Tabbaa. The opening moments of AvoCuddle really try to drive home the message that, no matter the hardship or adversity, love can conquer all – that’s just how powerful an emotion love is.

When this popped on screen, I have to say, I was a little worried, as it gave me a very bad omen of the game to come, almost as though it were saying that if you remember love, you can get through anything, even this! So then, the question stands – how great a game is AvoCuddle? Is it a hidden gem in the Nintendo Switch’s expansive library worthy of love, or simply another game soon to be banished to the realm of mediocrity? Without further ado, let’s find out.

AvoCuddle, if nothing else, is utterly adorable. The game begins with two super cute loved up avocados as they walk through their sunshine-filled, happy-go-lucky world. It’s a saccharine-sweet experience that helps eases players into AvoCuddle’s platforming with minor tutorials to help with navigating the game to come and, at first, it’s a relatively simple affair.

It’s after the protagonist and his girlfriend have a fight, however, where the bizarre AvoCuddle begins to show its true colours. From floating love orbs to gun-toting avocados and even an alien abduction plot, this game goes from zero to WTF in the space of five minutes. Whether you like it or not, the ideas here are intriguing – you want to know what absolute insanity is just around the corner, and AvoCuddle makes you want to play on.

This want to explore is further facilitated with the visuals. The backgrounds and environments pop with life and colour; the world feels alive. It’s not the most interesting game visually, but it’s certainly far from dull. 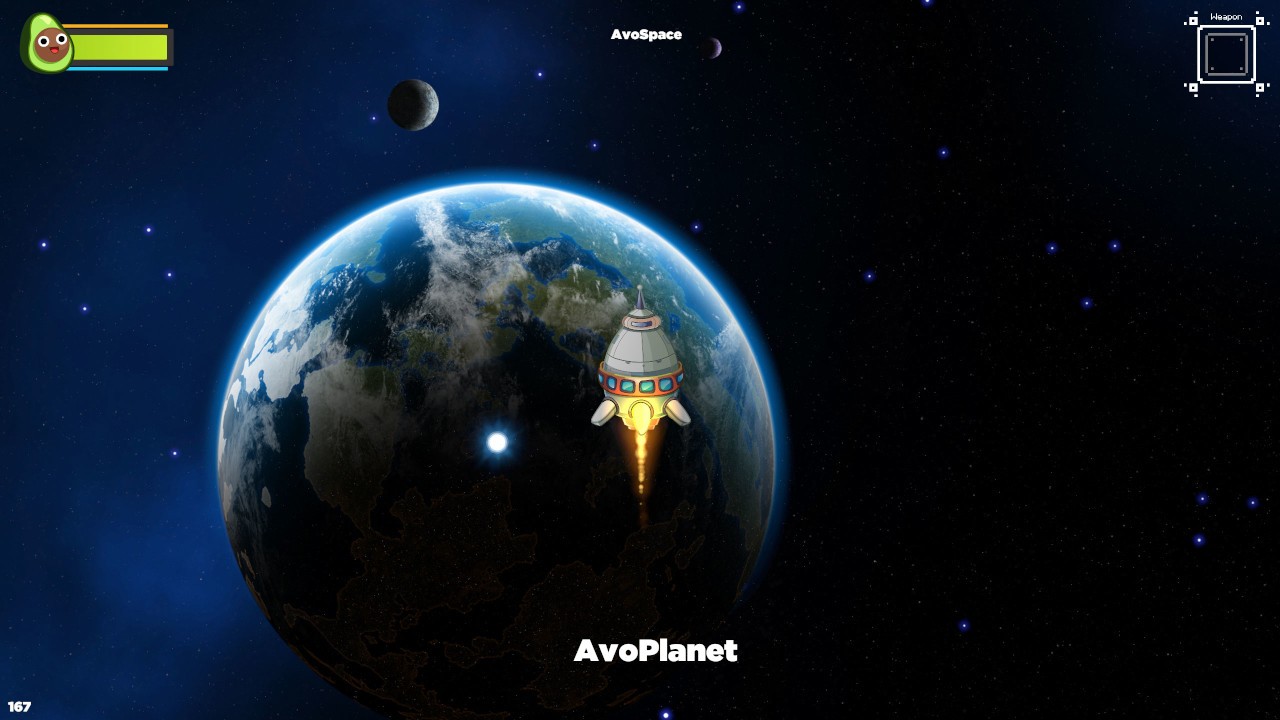 Character and enemy designs are a mixed bag with some being utterly cute and adorable, while others are a little ugly, but hey, we don’t judge.

The issues started, however, when mid-level I stumbled upon a very familiar-looking enemy. I’m not one to preach that every game has to redefine the wheel with its visuals and graphics. Sometimes, simple tried and true formulas work well for a reason – if it isn’t broke, don’t fix it. Although I do draw the line when a game steals assets directly from another. This game features the Flower Rider heartless from the mobile game Kingdom Hearts Unchained Chi, and somehow, I don’t think that was approved by Square Enix!

This already left a bad taste in my mouth, and I wish this was where my problems ended, but sadly it was only the beginning.

Platformers like AvoCuddle live and die by their control scheme, and sadly, this is where AvoCuddle begins to come undone.

The controls feel sloppy, with movement feeling far too floaty and unresponsive. There were many a time where I would make a jump only to fly straight off a platform. And the minigames’ controls, particularly the Blast off minigame, are so unresponsive that it made a relatively minor moment in the game far outstay its welcome with failed attempt after failed attempt. 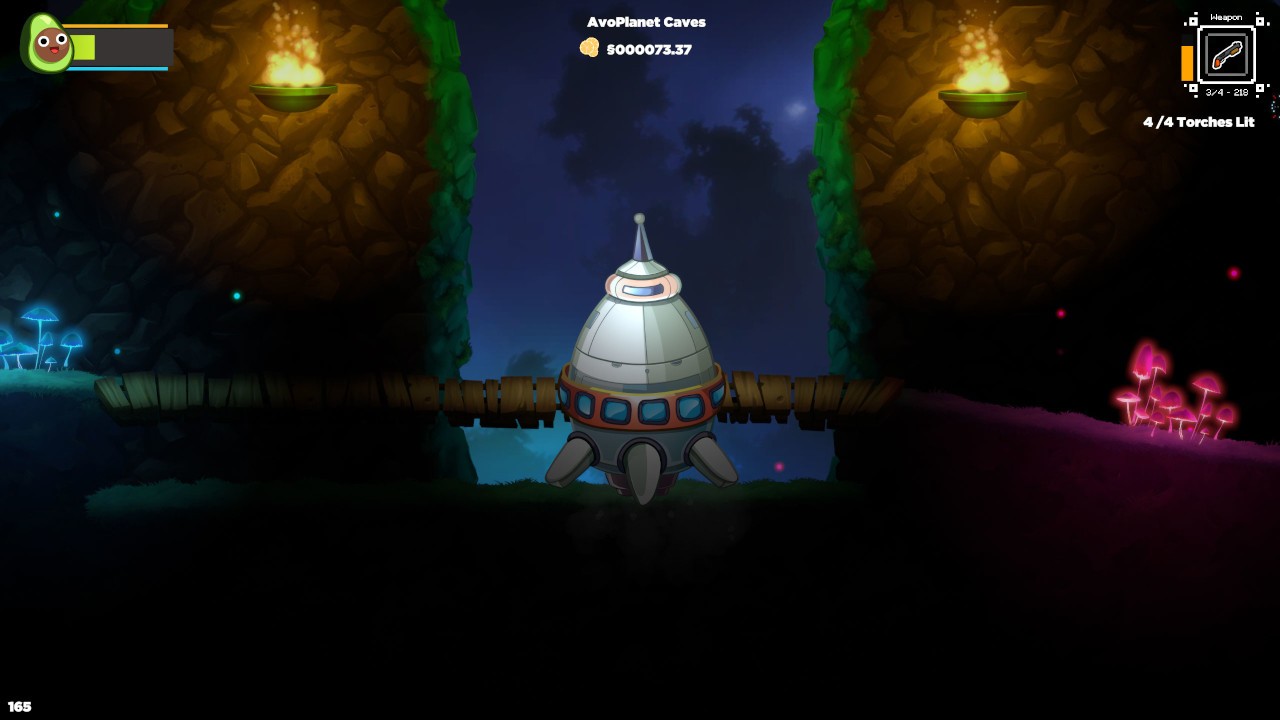 While some of the minigames are plagued by the game’s overall poorly implemented control schemes, others are generally fun. The duck shooting minigame was genuinely enjoyable, while the landing minigame that would play for each new planet felt reminiscent of flappy bird, which can either be a good or bad thing, depending on your viewpoint.

The gameplay in AvoCuddle tends to jump between these minigame sections and exploration sections filled with puzzles and packed to bursting with enemies. Some enemies feel fair and well executed, but others add another layer of frustration to the overall experience.

Flying enemies in particular are far too aggressive in AvoCuddle, appearing from nowhere and chasing you across an entire level, which can leave you feeling irritated at how cheap the deaths feel at the hands of these enemies. You have weapons, but most of the early game weapons feel underpowered, meaning you’re often better off running away and hoping the enemies will forget about you.

Sadly, AvoCuddle is a relatively poor platforming experience on the Nintendo Switch. If you’re in the market for a corny love story with a side of puzzles, platforming and avocados, then this might be exactly what you’re looking for. However, I can say that, while I’m glad to have experienced AvoCuddle with all its wacky ideas, interesting minigames and utterly adorable visuals, the poor controls coupled with infuriating enemies made the experience a far less enjoyable one than it could have been. Is this game cute with a really weird yet oddly compelling story? Yes, but sadly its long list of flaws and imperfections ultimately makes it an experience unlikely to prompt a second visit.

AvoCuddle is an interesting and adorable platformer that’s sadly hindered by poor execution and a frustrating control scheme.