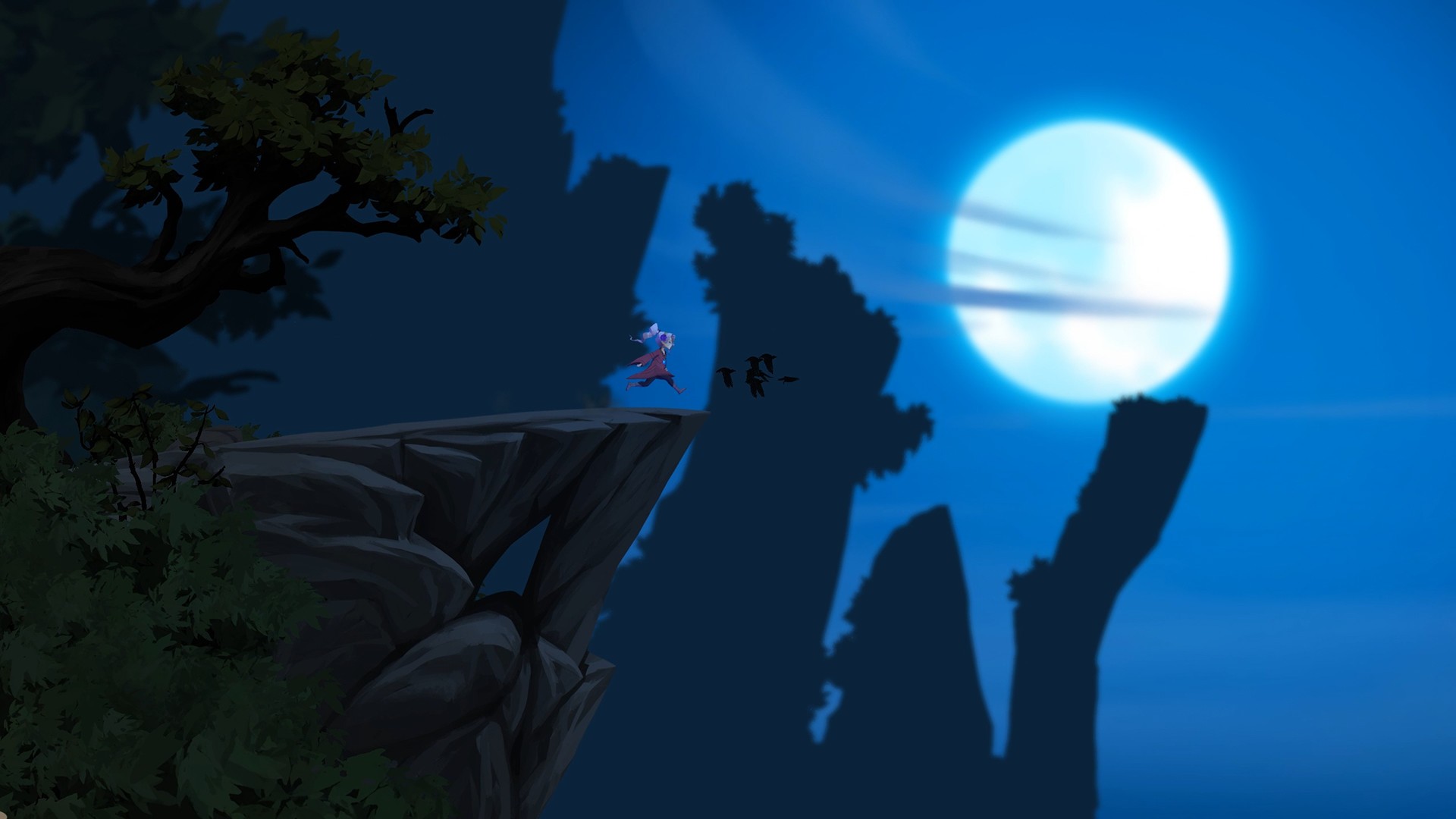 Lost Words: Beyond The Page is developed by Sketchbook Games Limited and Fourth State Limited and published by Modus Games. Google Stadia exclusives are quite hard to come by in its early days and it is hard to keep playing the system when a lot of the library currently is titles that have been on the market for some time. But here arrives Lost Words: Beyond The Page, which I will add is a “timed exclusive” which means for the time being it is only playable on Google Stadia, but eventually you’ll see it roll out onto other platforms. So it is worth sticking with this review if you’re looking into playing this now or in the future at some stage.

Unique is the word I would choose to describe this game and also words themselves are very important in this title as the game revolves around them. Lost Words: Beyond The Page is described as an atmospheric puzzler which has won several awards. I don’t know about you if you’re reading this, but if I see a title has won awards I almost certainly have to play it. The game is set between the pages of a diary and a fantasy land and is wholly written by Rhianna Pratchett. Recognise the surname? Of course you do as she is the daughter of fantasy writer Terry Pratchett who is hugely successful. Rhianna has worked on several games in the past which include Heavenly Sword, Overlord, Mirror’s Edge, Tomb Raider (2013) and Rise of the Tomb Raider (2015) among many others. If you’re a big gamer you’ll recognise all of the titles I have listed there and the majority of them were incredible titles. So after reading into all this before delving deep into the game I was instantly interested. 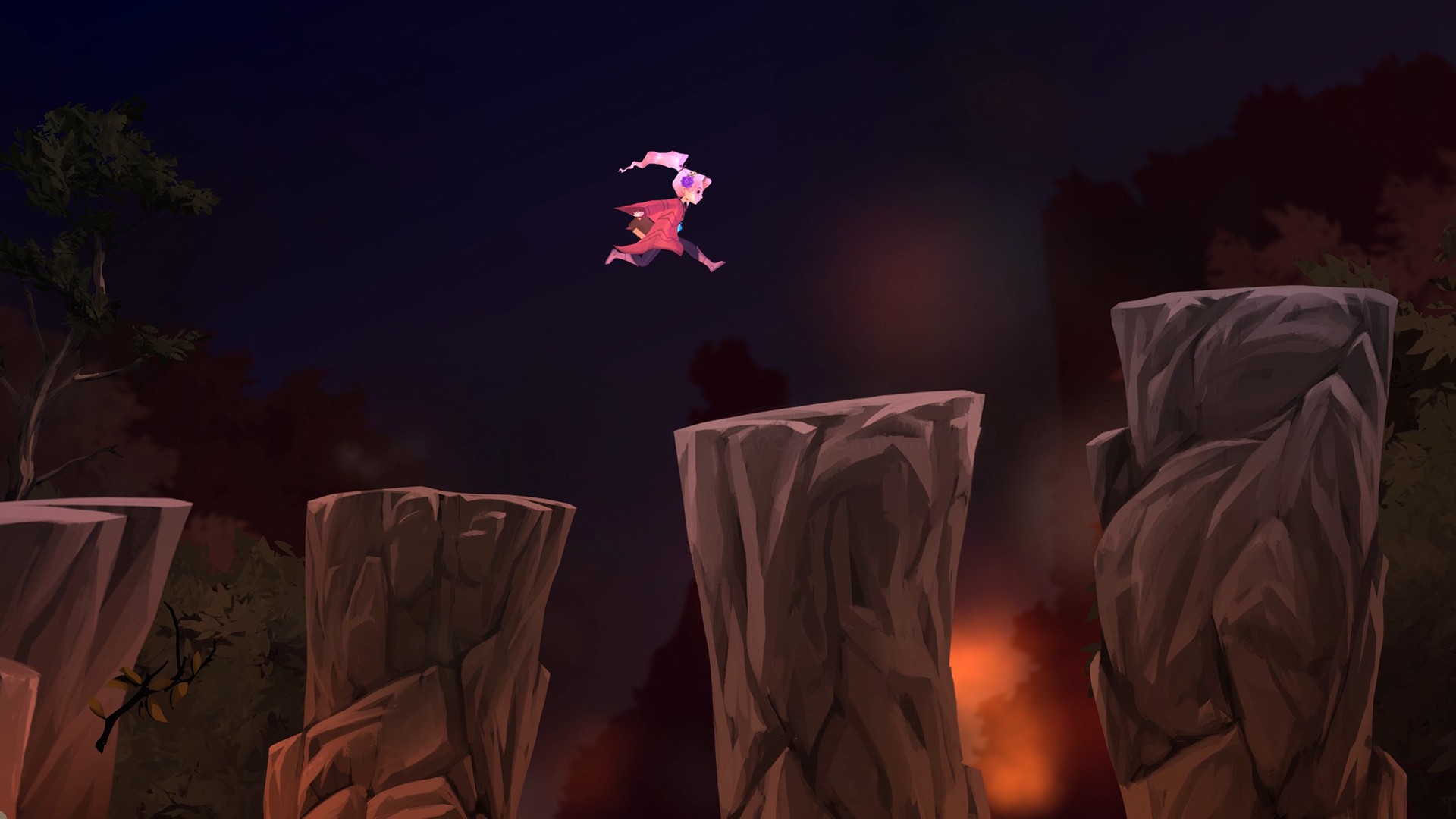 So the story appears to be split into two narratives, one of which takes place in the diary and one which takes place in the fantasy world. The words written in the diary are that of Isabelle Cooke, Izzy for short. In the fantasy world of Estoria, this is her fictional character and this is where a lot of the actual puzzle gameplay will take place. Obviously the real fantasy world narrative is going to be the more appealing as a lot of the diary elements is simply just reading and taking in the overall story. All of the narrative is fully acted and voiced which pleased me as often it can get tiresome in video games if there is too much text to read and those with poor imagination like myself may switch off instantly. So the fact it was dictated to me as you read along the pages was satisfying and they have done this in such a way that there are effects around the narrative. The visual element is that of a little girl jumping from line of text to the next, but this performs ever so beautifully.

What is so clever about this is that not only are you leaping from line to line but often certain words within the text can add feelings or deep thoughts to that certain particular chapter of the story. You can actually take certain words out of lines of text and drop in into another to assist the on screen character to reach higher platforms. The actual story follows Isabelle and tells the tale of her and her family and how they are coping with their grandmother being in hospital after sadly suffering a stroke. I like how the narrative is achieved within all of this. When the words are being spoken and you are listening its almost as if the narrator actually cares, there is sympathy and empathy within the tone of voice. It is told in such a way that it made me want to listen to absorb it in my mind, it blossomed my poor imagination into a picture not only on the game but within my mind. I was absolutely astounded and mesmerized by this as I am not an avid reader of books, but books often bore me and audiobooks do nothing for me really. However this tale sucked me straight in hook, line and sinker.

The second story that is displayed here is the one that Isabelle portrays in the fantasy world, known as a young girl called Grace. She is on a mission to find a dragon that has destroyed her village and she is keen to protect it. Another truly clever thing here is how her words make the fantasy world come to life and the way the two stories overlap and intertwine. In the fantasy world this almost plays as a normal platforming game and Grace is given a magical power of the ability to gather words in the book. Using these words she can change and impact the environment surrounding her being. For example, if you come across an obstacle in your way, you will be able to use these powers to break it. If you need to repair something, you can use the word repair and get it fixed. There are several words that can be used but only a maximum of six can be carried at once. I did find after doing some of these things a few times the novelty expired. It almost becomes a chore, repetitive and not very challenging and the fantasy world is more interesting than these mini rectifying situations. This part was a shame as I was enjoying the game that much I didn’t want anything to get in my way and hamper the experience. 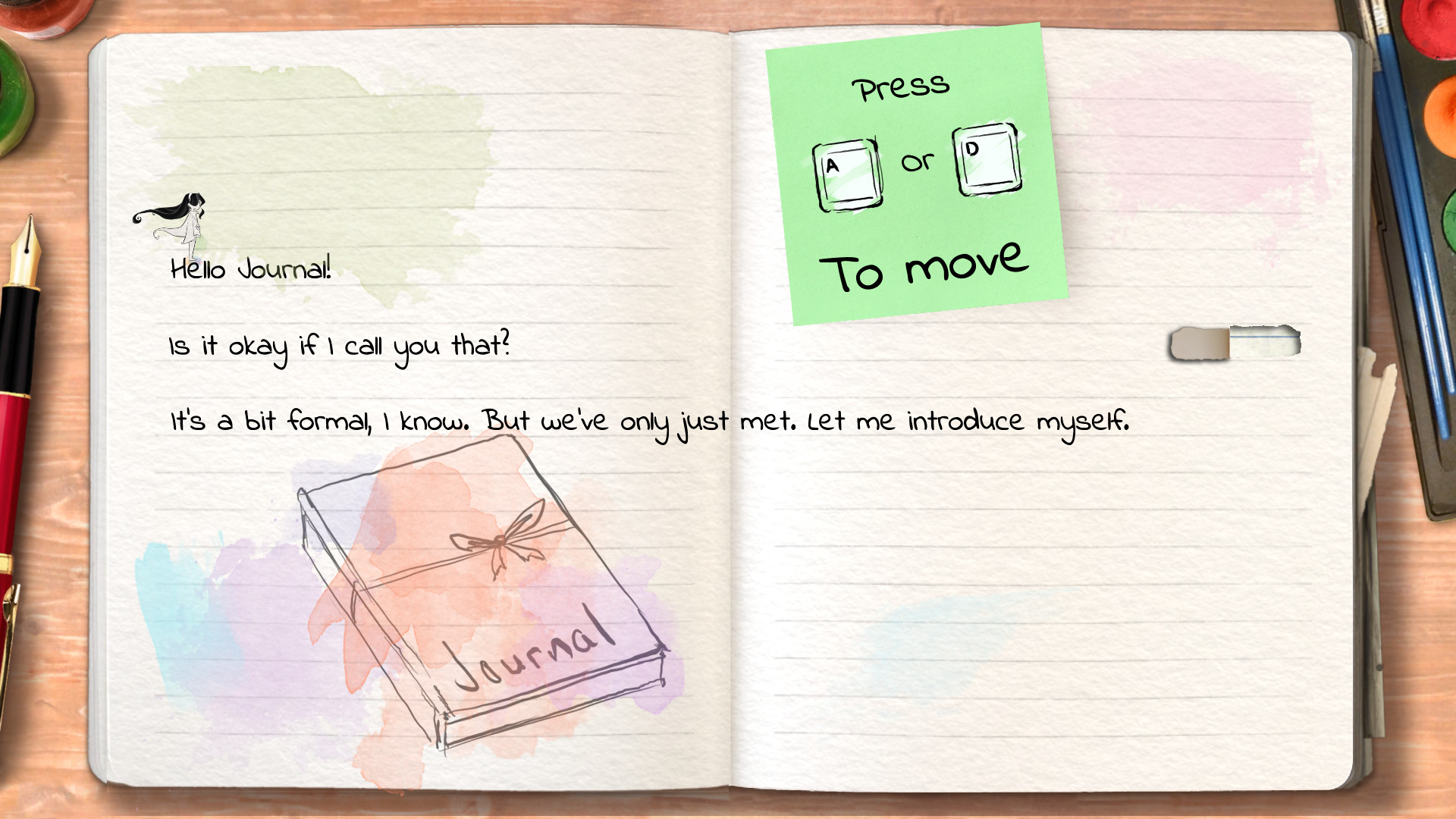 The art work in the game is the real stand out factor in this game along with the story telling. Visually, the art style is absolutely stunning and how it all blends and integrates with the story itself is something else. You can tell that a lot of hard work and effort has gone into absolutely nailing this together. The soundtrack and audio effects are also on par with the graphical elements and are the glue that holds everything together into such an attractive intriguing experience.

You can sense Isabelle was extremely close to her Grandmother and a lot of the diary entries gloss over the great memories and times they had together. We always think of these things when a loved one is sick or no longer with us, so you can feel this as the story is told. The message here really is through the grief, stress and depression of the difficult times ahead you’re sad and sorry that these times won’t ever be lived again and things won’t ever be the same. I’m sure someone was chopping onions in my living room at these stages of the game, because it is really touching.

It is the strong story telling so beautifully written by Rhianna Pratchett that drives this game on and you can almost sense that she has maybe lived some of the personal experiences herself. As have a lot of people in the world so this may touch people more than others. But if you are looking for a narrative driven game with excellent visuals and a compelling storyline then look no further than Lost Words:Beyond The Page. I managed to complete the game in a little under five hours so my only true criticism is that I wished it was longer because I genuinely enjoyed this one from start to finish. However with a story you can’t drag it out just to extend it just for game satisfaction and it has to end somewhere. With this being a time exclusive its sad to know that there are millions of people out there that haven’t had chance to access and play this yet. But I urge you to give it a go when it does hit other platforms if you don’t have Google Stadia.

Lost Words: Beyond the Page Review

Lost Words: Beyond The Page is a beautiful depiction of a young girls life which intertwines with a story of a fantasy world in what is one of the most unique games on the market.

Strong emotional story which is bought to life with platforming action

Options within the fantasy world can be repetitive