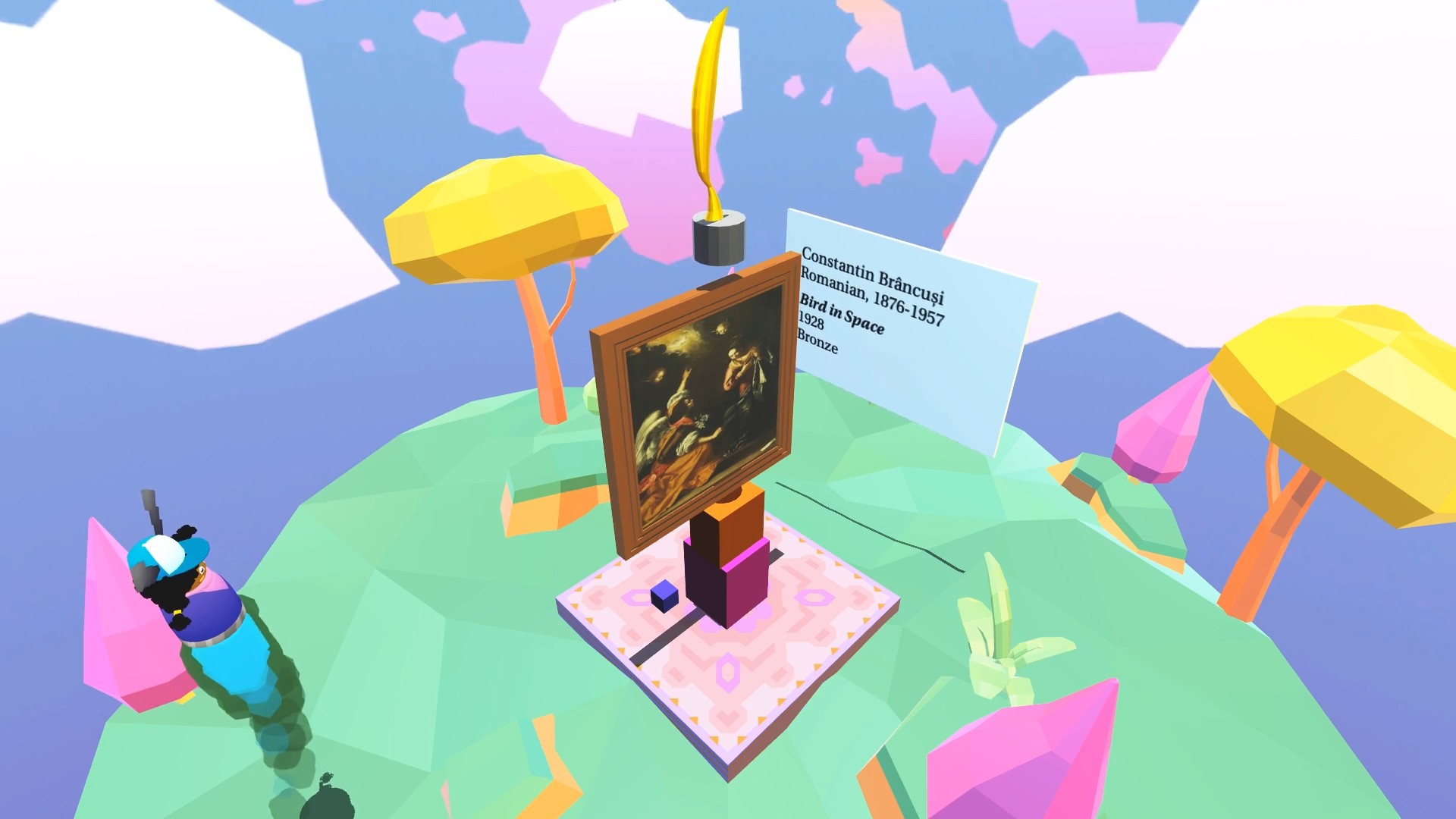 Stacks on Stacks (On Stacks) has to take the crown as one of the most unique names for a game title in gaming history. Developed and published by Herringbone Games and released on 1st April 2020 it presents itself as one of the titles on Google Stadia that at the time of writing you can download free of charge as long as you have a Stadia Pro subscription. Also at the time of writing Google Stadia is free to everyone as it has just released publicly and as long as your country can access the service you can access it on certain mobile devices, through a PC or using a Google Chromecast with your TV setup.

Stacks on Stacks (On Stacks) is a colourful title and you’ll notice this the minute you boot the game up and you start off the game as “Rockit” a block stacker who uses her powers to solve issues for her local town. This is where it gets a bit wacky as the residents in her town , include a bagel who is the Mayor, there’s also an avocado that wears a beret, snakes, a robot and many other crazy concoctions. As weird as this sounds, bear with it because this is all about the gameplay. 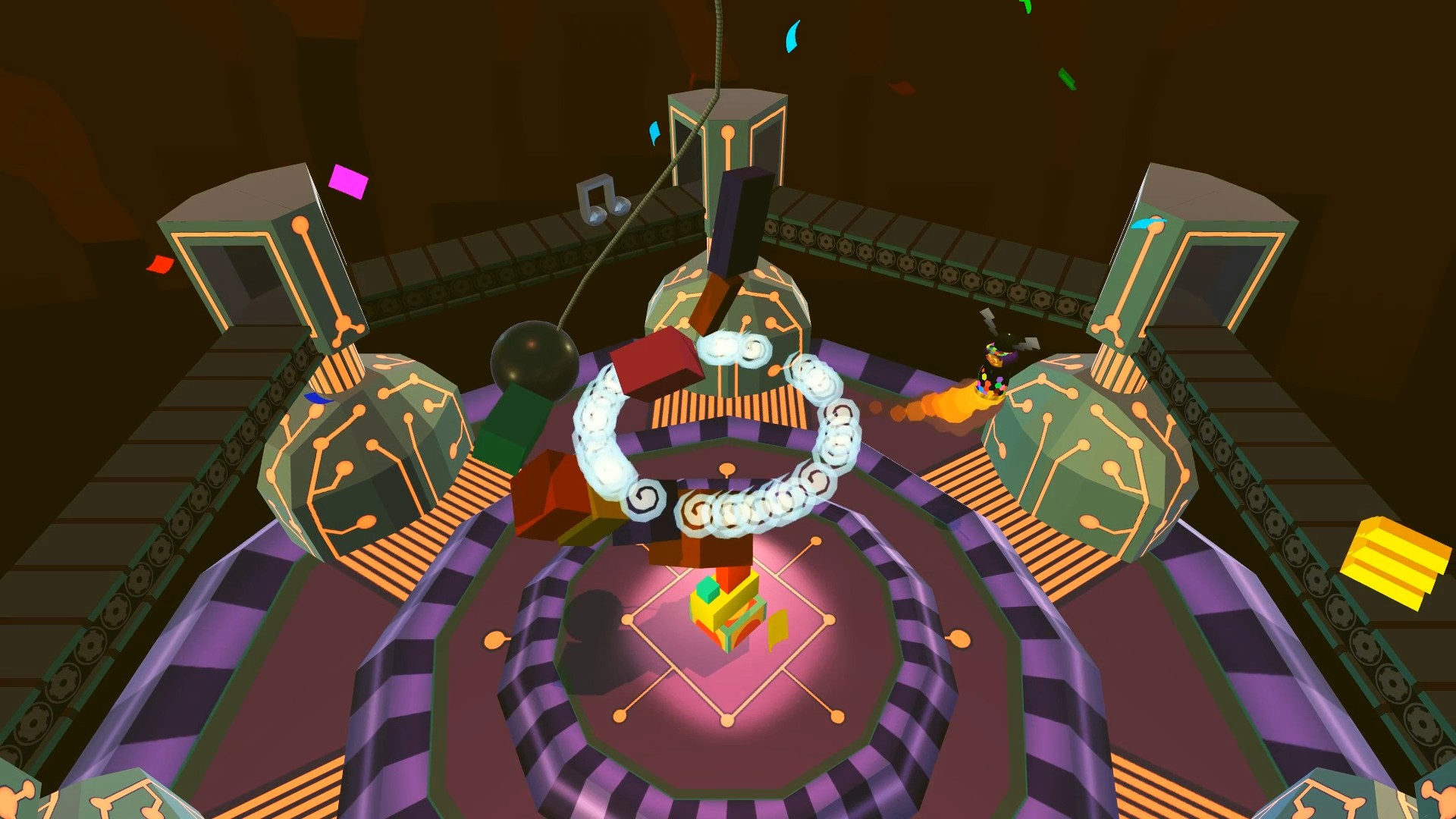 So what do you actually do in Stacks on Stacks (On Stacks) then? Well essentially you’re looking at a totally different spin on Jenga but in the video game world. Is there even a Jenga video game? Yes there was I just had to check. Anyway back to the gameplay, you are required to stack different sized and shaped blocks on top of each other to meet a height target. You are to prevent the blocks from toppling over onto the grassy areas of the world. Different to Jenga and more like Tetris the blocks fall out of the sky and you have a very short period of time to negotiate the block where you would like it to be stacked. Sounds simple right? Well you’d be very wrong and this is where the game takes a turn.

Other objects and elements start to appear from the sky which throw a spanner into the works. Babies throwing blocks down, magnets can change the dynamic of your level, springs to make the platform unstable amongst many more obstacles. What I really liked about this was not only are you attempting to adhere to the height level you really have to think on your feet and no level ever seems quite the same. If you fail it starts to make you impatient but in a good way, it bugs you to the point where you have that addictive nature where you want to keep going until you nail the level. Some levels make it much different, for example instead of stacking to a certain height you may be stacking into a certain space or keeping it at a low height. There are some other surprises amongst some of the levels but I won’t totally spoil it for you.

The real challenge here is the blocks themselves, they aren’t always in sync and they aren’t always cubes, squares or rectangles for instance. They could range from music notes to tables, cones to round balls. The game isn’t always as kind to you as the first few levels and even though it will drive you round the bend on occasion it will keep you playing. It may be a weird comparison to you reading but it reminded me of playing Snake on my Nokia 5110 and crashing into the wall but even though the game wasn’t the prettiest it kept you on your toes as it was so addictive. It really is the same premise with Stacks on Stacks (On Stacks) and it really surprised me as I’ve played so many indie puzzle games especially on the Nintendo Switch that have lost my attention after even ten minutes. I was still playing this four hours after I first picked it up trying to master all the levels and even replaying them to see if I could better the last attempt. 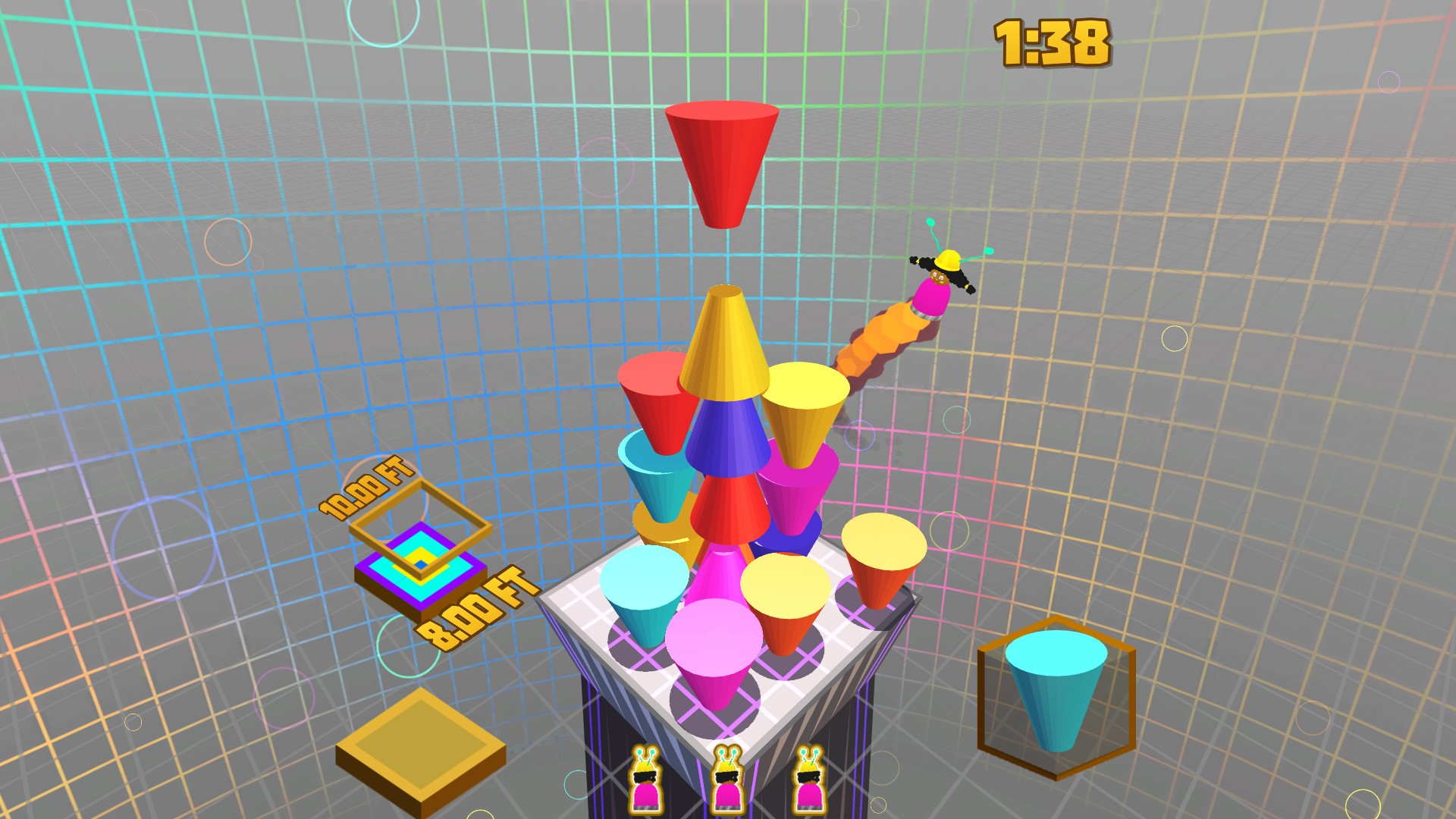 There are 36 levels in total to work through and all have different aspects and challenges and there is enough variety between them all for it not to feel similar and stale every time. Surprisingly you can play this co-op and bring a second player into the mix, but I found this to add a harder challenge to the levels as you really have to keep talking to each other as you progress. That said it is fun introducing another player especially if you have children and you are looking for something that doesn’t include blood and guts or swearing. There is also a mode where you can compete on the same level against the other player, I much preferred this as it does add a competitive edge.

Upon completion of levels you earn currency in the way of coins and also have stars and you can use these to purchase cosmetic items for your character. I am a sucker for cosmetic items so I really enjoyed this aspect, I enjoy grinding out games to purchase everything the game has to offer so this is a welcome addition.

A nice touch I liked about it all though was once you had beaten each level you got to wreck your tower and surroundings and this is more fun than it sounds believe me. I can see the younger generation of gamers who are literally just getting to grips with a controller loving everything that this game has to offer. There really is something for everyone here and if I could add anything to it I’d love to see more levels, online features and maybe customisable levels that others could try and beat a little like Mario Maker. These are suggestions and not criticisms I may add as the game is great fun without these features but if there was a DLC or future sequel it would expand the longevity further. Running the game on Google Stadia was flawless as you can understand the game isn’t particularly demanding but it booted up in a matter of seconds and didn’t suffer any issues during my time playing. I am running my Google Stadia with a connection speed of 300mbps download speed and 50mbps upload speed with a Chromecast. All in all Stacks on Stacks (On Stacks) was absolutely fantastic and was a complete surprise to me as it wouldn’t be a game I would normally purchase but if I had bought it I wouldn’t be disappointed. Get it while you can on the pro subscription and if you see it on any other platform give it a go!

Stacks on Stacks (On Stacks) is a surprisingly addictive game that will keep you coming back for more, whether you play alone or with friends there is something here for all ages.