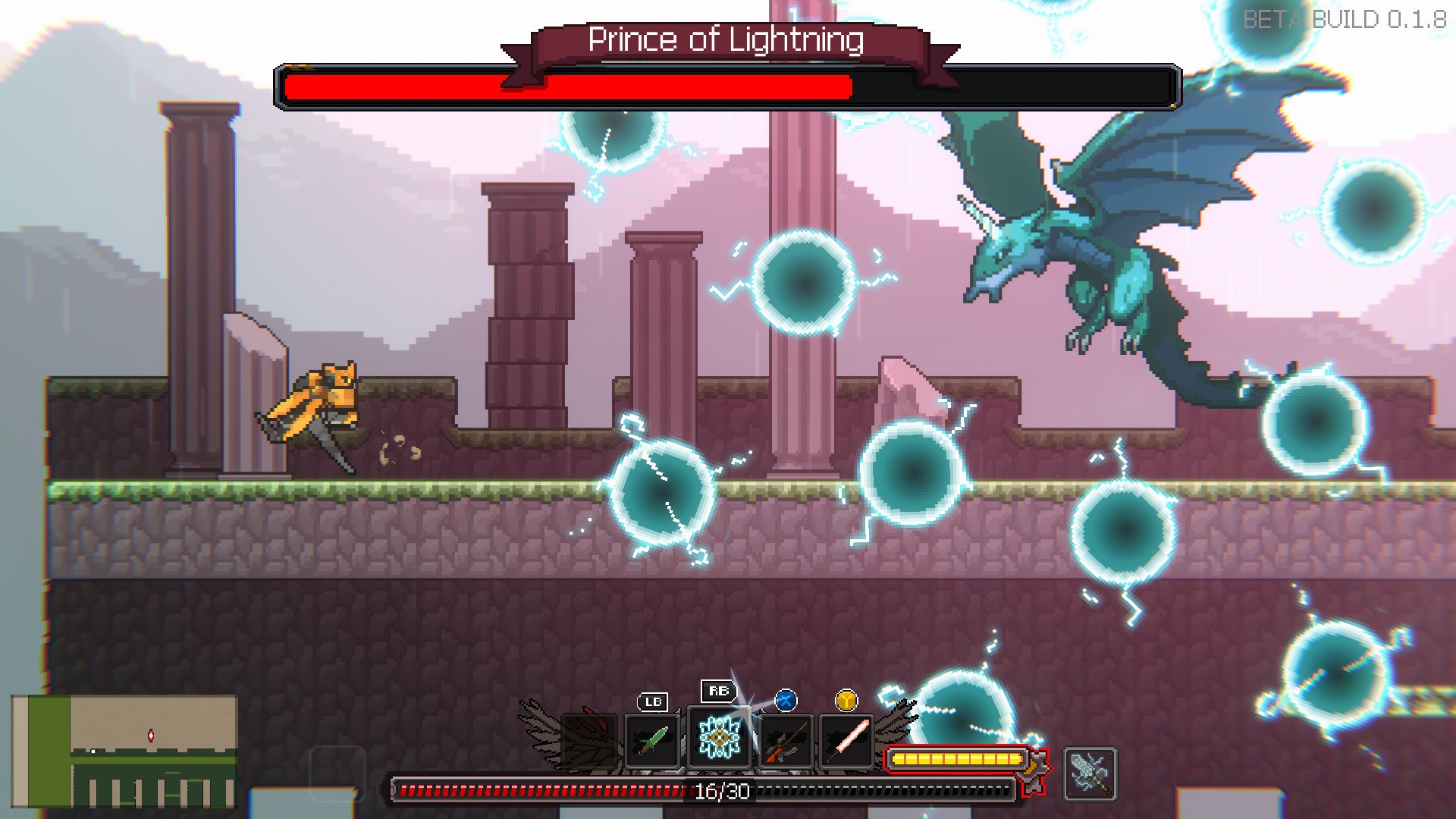 Metal Unit is a story-driven action platformer with some permanent progression. You play as Joanna, the pilot of Metal Unit 11, as you fight an uphill battle against monsters and aliens, in an attempt to retake Earth and save Humanity. Right from the get-go, it was pretty clear that the developers have been inspired by Neon Evangelion, not only for the overarching story but also for the world building and character design, which I find quite stupendous.

Having been released back in February in Steam’s Early Access, Metal Unit is slated for a Q2 2020 release, so it’s worth keeping that in mind and that things will probably change in the meantime. There have been quite a lot of noteworthy action platformers over the past few years, so it’s understandable if people are cautious when debating if they should grab this title, especially since it’s in Early Access. From what I can tell, this is JellySnow Studio’s first PC game, but its publisher NEOWIZ seems to have an eye for hidden gems, as this seems to be the case.

Even though it might look otherwise, Metal Unit is a linear game, and also one who doesn’t resort to any sort of random or procedural generation for its level design, at least from what I can tell. The game is divided into different episodes (currently there are 4 of them), and in each one of them, you have to go through a series of levels where you have to kill all enemies in order to proceed to the next area. Each episode presents itself with its own set of enemies and a new environment, which get progressively harder the further you’re into the game.

Traversing through the different areas is quite engaging, due to the combat and the movement system. With no ability to block, dashing through enemies to avoid their attacks and double-jumping are one way to get out of harm’s way. Not only levels are filled with multiple waves of enemies, but there are also a few environmental traps here and there, as well as a mix of open areas, secret challenge areas with loot, tight entryways, ramps, and quite a bit of verticality. When everything is put together, Metal Unit becomes a frantic experience as you quickly move around pinning down enemies and unleashing a flurry of attacks on them. 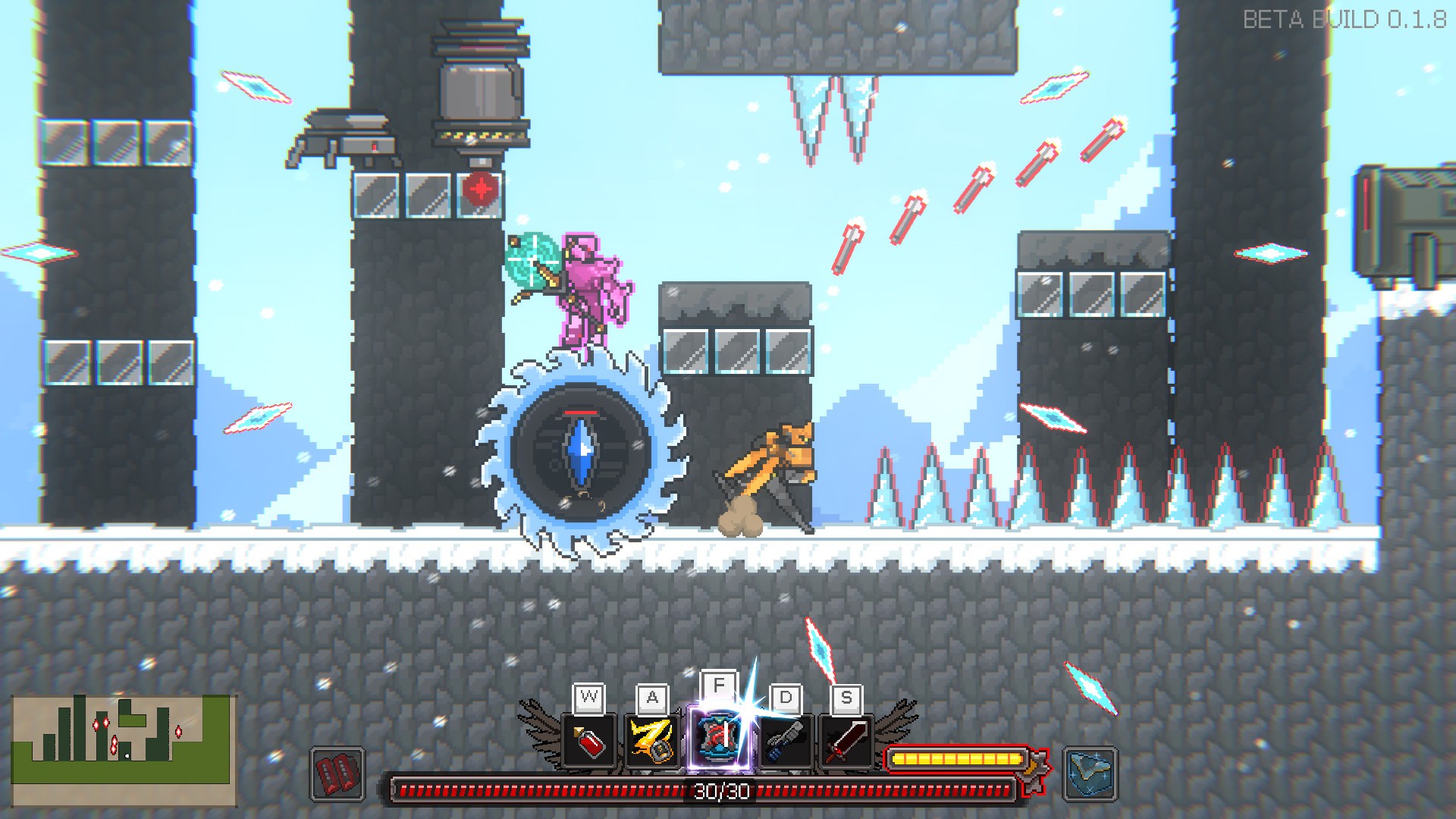 As you play the game you’ll unlock different starting sets of weapons and items, but there are currently only three of them in the game, with two more “coming soon”. There are a total of 6 equipment slots for you to make use of, with these being the main melee weapon, a ranged weapon, a sub-weapon, an ultimate ability, an add-on, and an accessory. Sub-weapons are essentially offensive weapons with a cooldown, like shurikens or grenades, just like ultimates, but ultimates are far more powerful and as a result, they only recharge whenever you slay enemies. Meanwhile, add-ons and accessories have passive abilities that trigger under certain conditions.

In any case, melee weapons make up for most of the combat, with ranged weapons like a pistol or a submachine gun being a great complement to combat as a whole, as they allow you to attack enemies from a distance. Equipment not only comes from random drops with varying levels of rarity, but it’s also purchasable from shops with the gold that drops from enemies. The thing about items, is that whenever you die you lose them for good, but fortunately their loss comes as its own reward. Whenever you die, all the items that you had equipped are converted into crystal cores which you use to unlock permanent passive upgrades, like increased health, melee damage, gold gained, and shop discounts. Also, despite dying, you can still continue in the episode where you fell, so this and the passive upgrades is how you permanently progress in Metal Unit, even if you die and lose your items.

Right now, Metal Unit is a blast to play, thanks to its satisfying combat system and the enemy design that forces to always be on the move. Still, you can easily beat the episodes that are currently in the game in just about 4 hours, so more enemy variety and different level environments would help tremendously in extending the lifespan of the game at the moment. Having a bigger boss pool, or even mini-bosses that would randomly appear during your run would also be a great addition, as the few bosses that are currently in the game are pretty well designed since they force you to adapt to a series of attack patterns and figure out a breach from which you can attack. 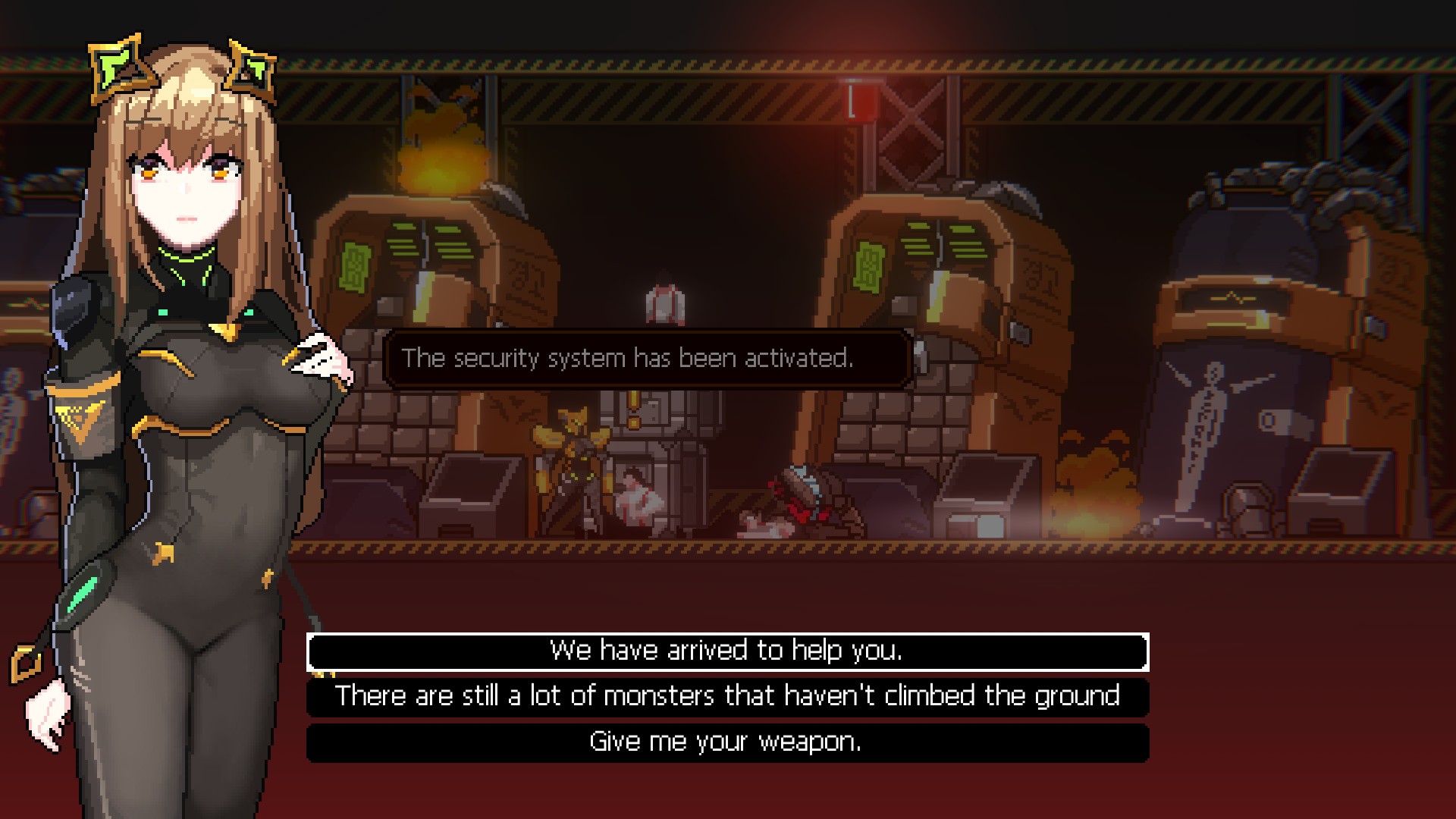 Besides the fact that I’d like to see a lot more in the game, another complaint that I have about the game is the lack of any save feature. In fact, I still have no idea how the save system works, as from what I was able to understand, there doesn’t seem to be any sort of auto-save indicator or anything like that. Luckily, it seems that the game does save whenever you end an episode, which is pretty obvious when it happens.

Overall, Metal Unit has been quite a pleasant surprise. From the gorgeous pixel art anime-style presentation and its world building, to its fast-paced combat featuring a wide range of weapons and abilities, Metal Unit sure feels on point. Still, given that the game plays as a linear experience, I’m somewhat hesitant in recommending it at this stage. Not because the game is bad, quite on the contrary but because I feel like a lot of people might come out of the current version wishing for more.

With that said, I suggest you do give it a shot if you have the slightest interest in it. The game has a demo on Steam, so if you end up wanting to support the development process, then go ahead and pull the trigger. Also, if you fear that this kind of game might be too difficult for you, then you’ll be happy to know that there’s an Assist Mode which simply makes you invincible. Personally, I can’t wait to see what the final product looks like.