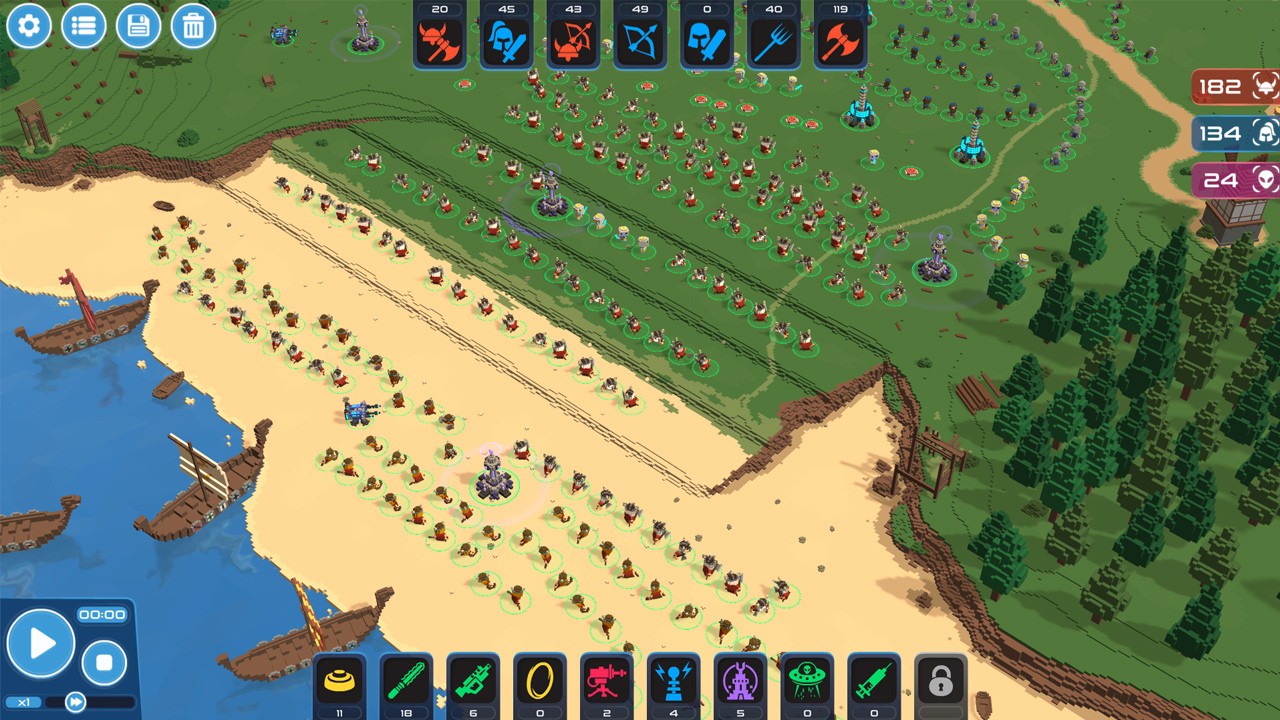 It wasn’t that long ago when the majority of video games being produced were simply action-packed adventures that were presented through narratives of blockbuster proportions. I can’t deny that it was great fun and some truly spectacular titles were created, such as the Call of Duty series, GTA and God of War. However, throughout this period, I always felt that there was something missing from my library of games; an itch that needed scratching and the blockbusters, no matter how impressive, weren’t able to satisfy that craving. And what was that craving? Strategy games! Times have changed though, and more and more strategy and tactical games are making there way to mainstream popularity, with titles such as X-Com often being the bench mark of success. Whether turn-based or real-time, it’s a genre that I generally love to play, although this time around, I’m going to Make War as it battles a release onto the Nintendo Switch.

The game takes you through the ages of human conflict, from the Viking invasions against the Anglo-Saxons, through to the Roman domination of Europe and the Second World War and even further afield with more modern battles. However, to throw a mix into things, the game tasks you with changing the face of history, by playing as an alien race and gatecrashing these historical parties. Each of the conflicts are presented in a miniature voxel-style, with the battle taking place over a stop-start, real-time scenario. However, due to the nature of the game’s objectives, it also contains a strong element of puzzle gaming. Despite some narration between and during each bout, there’s no real ongoing story here. Instead each level, or objective is presented in bite-sized chunks that makes it a perfect title for the more casual and strategic-minded player.

The game works in a way where you are presented with a battlefield within each era of time. These come in a range of varieties from green fields, scorched deserts, snowy tundras, bombed-out cities and futuristic, neon-soaked streets. Within each scenario, two massed armies face off against each other, as you manipulate the events and shape of the battlefield to produce a very different outcome that we all learnt throughout history. However, in order to be successful, you need to complete a series of objectives within each area of conflict, before you move on to the next scenario. 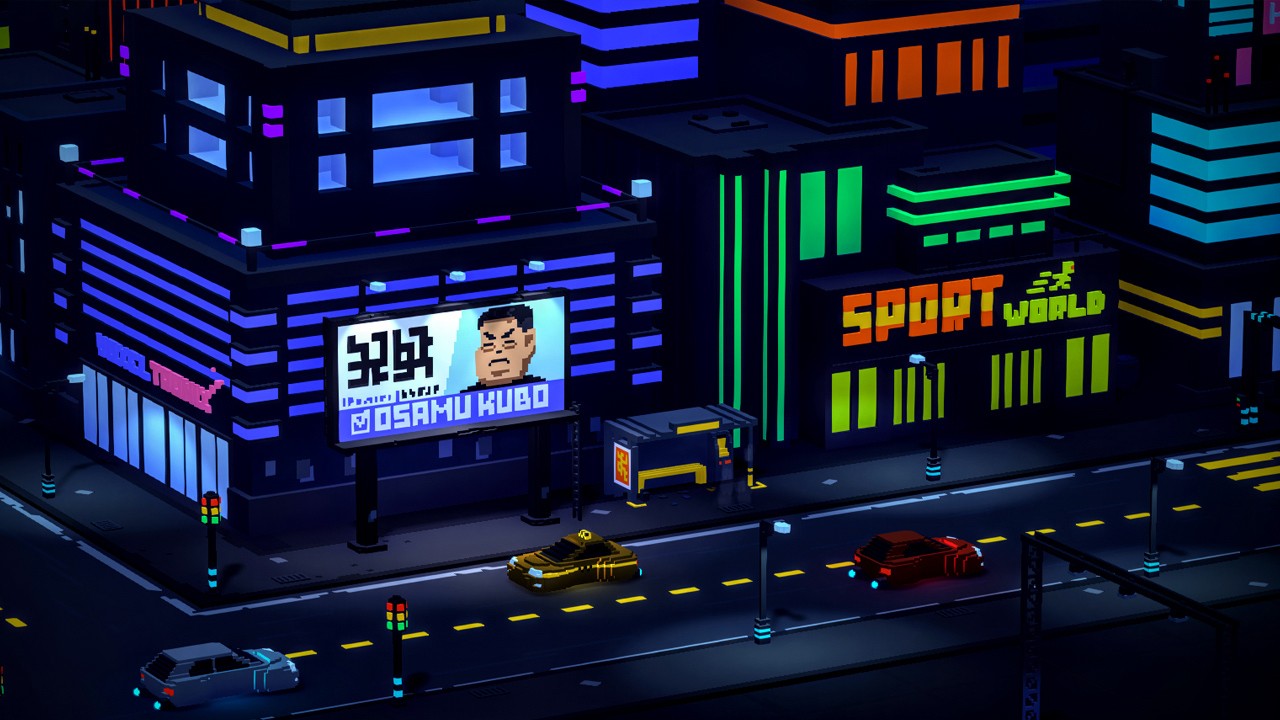 These objectives are presented through a series of grids that run down the left side of the screen. As you complete one task, the battle resets and the next objective is unlocked. These can range from killing a set amount of soldiers with a particular unit or weapon to having a set amount of allies survive by the end of the skirmish. However, with each objective achieved, you then unlock further weapon or unit varieties, as denoted by a grid that runs along the bottom of the screen. Quite often, any new objective requires the use of a newly unlocked ability. With each battle paused, you must select a placement for your alien forces or technological weaponry. Once you place all of your units, battle then commences until your objective has been achieved.

Unit or weapon placement is achieved with a cursor-style of movement across the battlefield. With the joy-cons, you can zoom in and out of the action, traverse across the battlefield and rotate your field of view. You can place units or weapons, remove them if you’re not happy and select to stop-start the action at any time. Should you fail at your task, the battles reset and you re-think another strategy in order to change the outcome of the previous battle. It’s in this respect that the game takes on a puzzle-style of play, as you re-think and retry strategies across repeated battles to find the right solution. It may be a premise that may not appeal to some, but as a strategic value, offers an interesting insight into battle placements and tactics.

Once you complete all of the objectives for a particular timeline, you then advance to the next battlefield and a more modern era from the previous skirmish. This in turn, brings advancements in military types and weapons; not just for your alien race, but for the two opposing factions on the battlefield. What starts off with swords and spears, soon develops into armoured warfare. However, with each advancement the armies hold, yours increases in value too, with available arsenals packing more firepower from lightning-emitting towers to full-blown aerial bombardments. 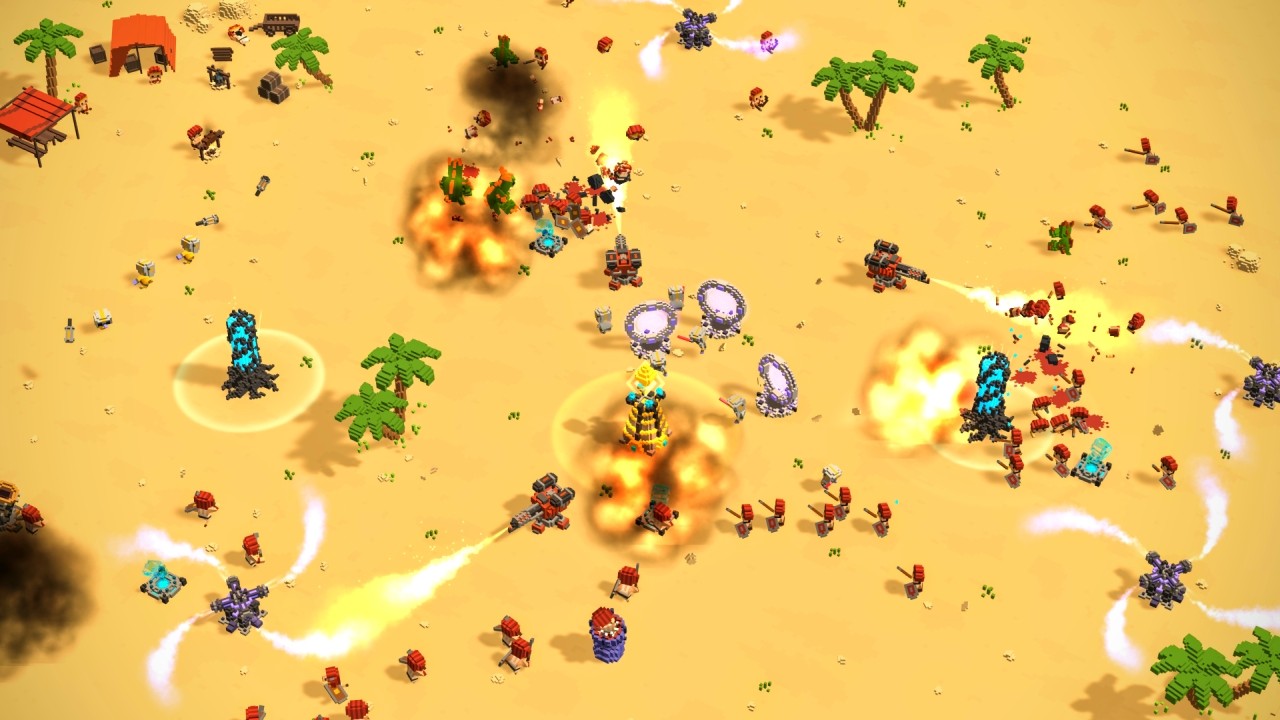 Everything is presented in an easy-to-follow fashion, from an informative tutorial to some, quite cute, depictions of the battles. However, despite its voxel appearance, the battlefields do lay waste to bloody conflicts and gut-strewn landscapes. It runs smoothly from a technical viewpoint too, although there are certain areas of the game that do bring it down slightly. The first of these is the translation of the narrative text between bouts. These are written in a very broken English, often with missing words or a style of grammar that is incorrect. It’s obviously not game-breaking and in fact, I’m not even sure if it’s meant to be purposeful, as the dialogue is conveyed by the alien race.

Less forgiving though, is the general navigation of cursor movements; especially when it comes to menu selection and unit placements. It’s clear that this was a game that was designed for PC play, being a port from the original Steam release, as the cursor hasn’t been fully optimised for console use; often producing a very ‘trudged’ feel to its mechanic. Again, it’s nothing game breaking, but a smoother level of control would have been more welcome here. Apart from a couple of minor annoyances though, this is a game that holds a good level of fun in what it conveys and offers a pretty decent challenge as you progress across its eras. It holds a lot of trial and error within its gameplay, but played casually, presents a good source of long-term value.

Overall, Make War is an interesting title that combines strategy and puzzle-solving. Its stop-start mechanic and real-time battles produce a good, thoughtful exercise in its tactical level of planning and its overall presentation makes it a nice visual treat. The variety of its objectives and progressive unlocks keeps it from running stale and although its narrative and cursor controls are less than polished, is still a fun game to play; especially when played in a casual or portable fashion. If you like a challenge and games that contain something a little different from the norm, then it’s simply time to Make War, Not Love.