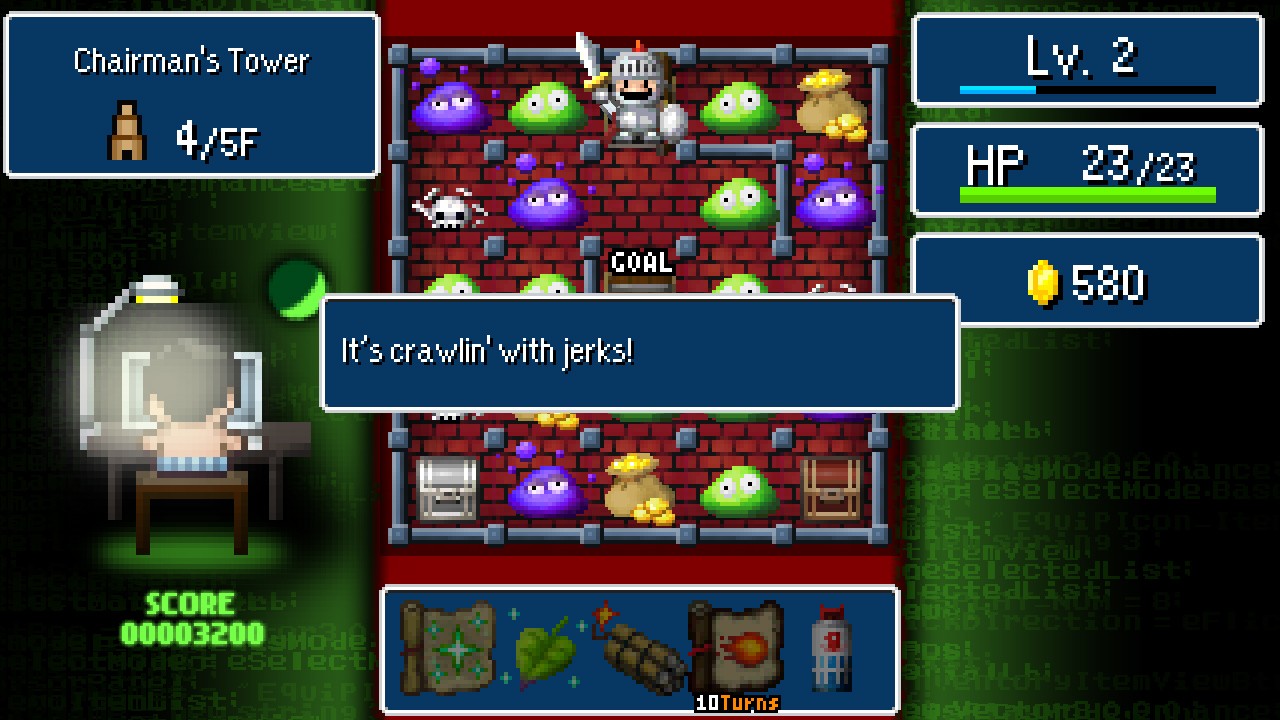 Video games can be funny things. At one end of the spectrum, you can have the super, hype-induced Triple-A titles with their flashy graphics, snazzy set-pieces and epic, 3D worlds, yet sometimes, hold no value when it comes to gameplay; often bringing nothing new to their genre or just simply becoming a bore to play. At the other end of the scale though, you can have lesser-known indie titles that field a basic look and dated graphics, yet hold such an abundance of playability, that they’re simply too hard to put down. I’ll let you into a little secret. Once upon a time, I was a Triple-A hot-head, nothing else would do, no matter how dire it was to play. Indie gaming held no interest to me. That was until one day, a couple of years ago, I came across a game that took over my life; before it became savagely updated with pay-walls and thus disappearing from my life, for what I thought would be forever. But, lo and behold, that very game has resurfaced again, minus its pay-per-play mechanic, to enrich my life once again. What was that game? I hear you say. Well, it was Dandy Dungeon: The Legend of Brave Yamada as it ventures a release onto the Nintendo Switch.

Developed by Onion Games and published through DMM Games, this role-playing, roguelike doesn’t take you on epic journeys across vast lands. Oh No! It takes you into the home of Yamada-kun, a 36-year old games developer who has become disillusioned with creating games for corporate gains. In order to bring exuberance back into his life, he decides to create his very own gaming masterpiece. However, such an undertaking forces him to spend far too much time at home and when his employers, Empire Games and more importantly, his evil CEO, Chairman Ayanokoji, terminates his contract, he decides to put everything that has happened in his life into his own game; just so he can create his vision of a perfect world.

This involves seeking a digital revenge on his former employer, its chairman and his daughter, as well as winning the affections of his new neighbour, Maria; a young woman who is twenty years his junior. In order to achieve this, Yamada-kun creates a series of towers and dungeons in which he must rescue the damsel in distress, Maria, and defeat the evil bosses, Chairman Ayanokoji, his dominatrix daughter, Komebitsu, as well as a host of other Empire employed Henchmen. With each event that happens, or visits to his home from a cast of characters, Yamada-kun adds more content to his game from inspirations; creating a puzzle-solving, item managing and dungeon-crawling adventure. 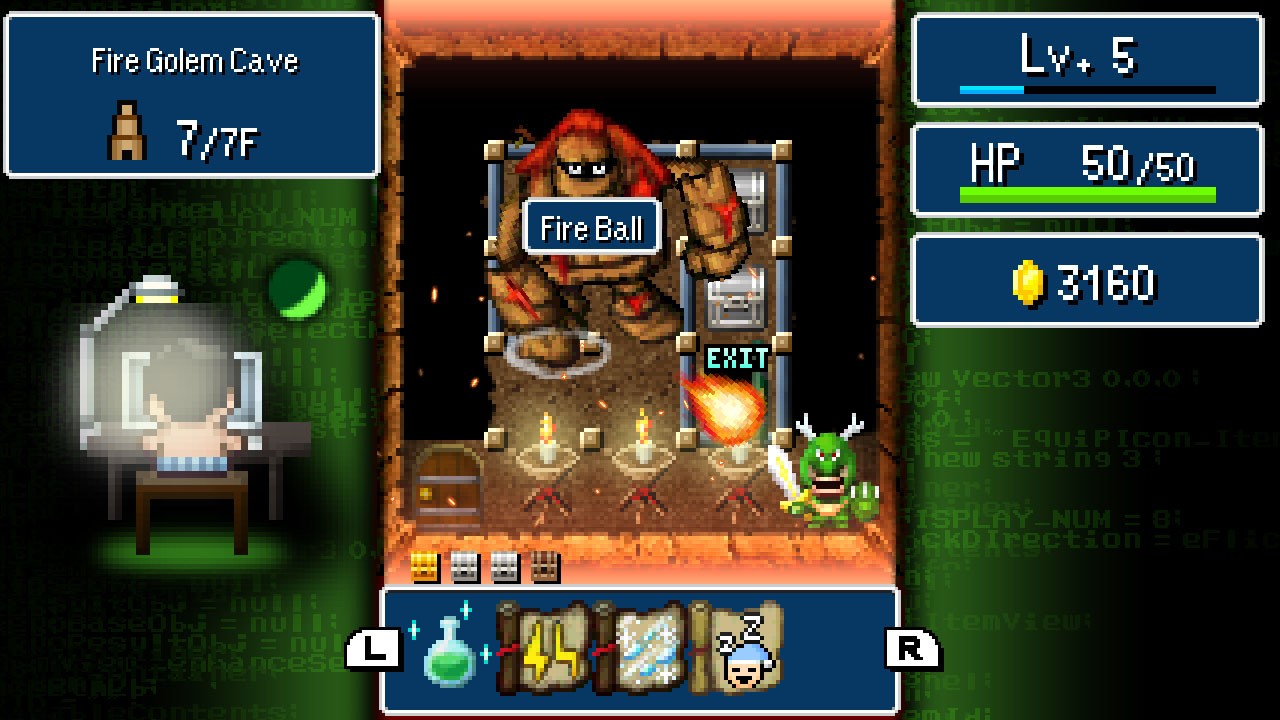 You play the role of Yamada’s tester, or debugger. With each new addition, or previous bundles of codes written, you guide Yamada’s character through a series of dungeons; each one comprising a number of floors within each of the levels’ tower. From a specific starting point, you must then draw a line that guides our hapless hero to the dungeon’s exit; collecting treasures and fighting enemies along the way. However, you only have a strict time-limit in which to plot your course; take too long and you start to lose health. Find the right line within the right time though, and Yamada ventures forth whilst you monitor his health and utilise potions and magic as and when he needs them.

Each of the levels, floors or towers are presented in miniature, bite-sized chunks; making this a perfect casual game to play on-the-go. Dependent on your level, as well as a sprinkling of RNG elements, you amass a series of coins, treasures, win the heart of the damsel and defeat the bad guys or bosses. This then grants you extra rewards, such as bronze, silver and gold cups, rare treasures and, hopefully, a coveted place on the online leaderboards. It follows a simple gameplay loop, but one that is extremely rewarding with literally hundreds of items of loot to collect, a cleaner run-through as you learn the layouts of the dungeons and an upgrade system that makes you feel superior as you advance. 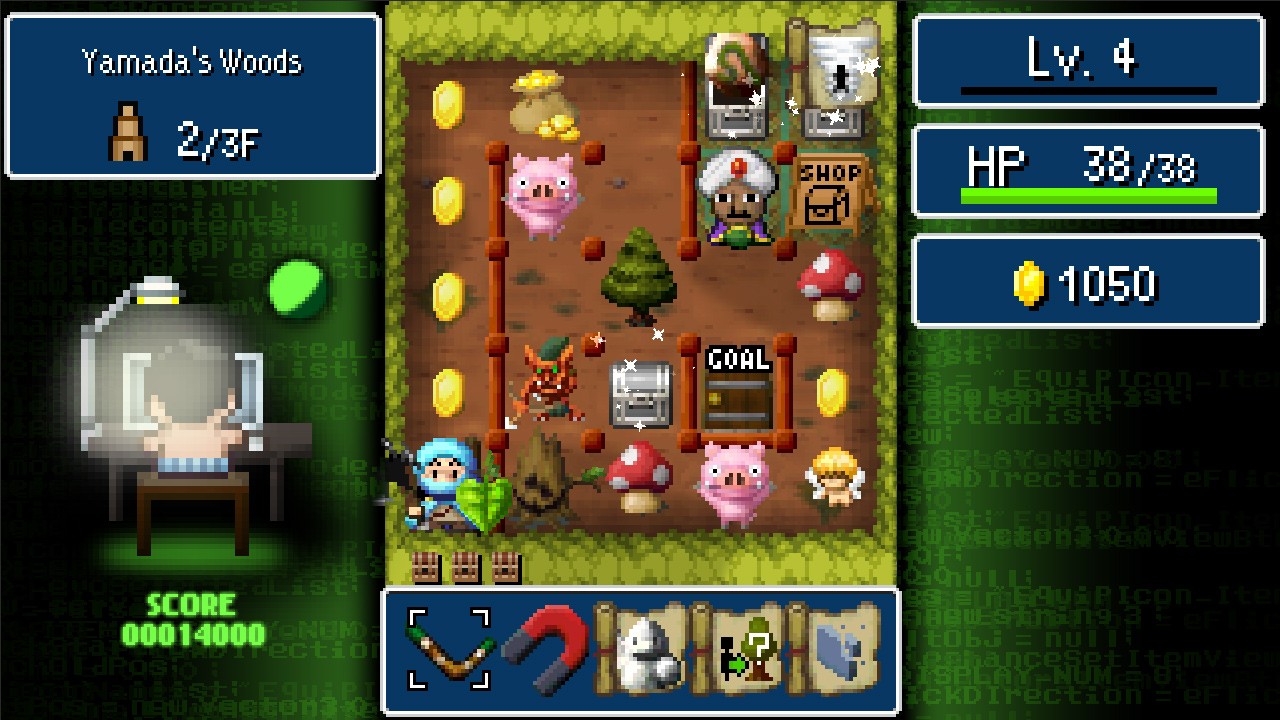 It’s all presented in a charming fashion too, with some hilarious encounters, sound effects and background tracks that produce a real, feel-good vibe as you play. With each run through of a dungeon, you can’t wait to see what loot you’ve accrued, be it a legendary weapon, armour, spell or just simply an item with which to upgrade your existing apparel. It’s simply too addictive for words, and a good job too, as due to its gameplay loop, is a very grindy and repetitive game, but it’s soooo much fun, that it simply doesn’t matter. Replaying previous towers or levels becomes a rewarding experience; perhaps even more so than embarking on new ventures. The more you replay, the more you learn your paths to success, the quicker you become and the stronger you feel. I’ve even spent nights just replaying the same level over and over and not once, did I ever feel bored.

However, to mix things up, progression opens up other pathways and events into the mix, such as paying your neighbour to quest forth and bring extra loot, or Yamada adding extra elements to the dungeons, such as traps, or even more fiendishly, sometimes reversing the layout of a familiar floor, forcing you to re-think in a backwards fashion before plotting your course to victory. Despite its repetition or grind, there’s so much here to mix things up, that you simply never feel like you’re replaying over and over again; plus the game holds so much charm, you simply wouldn’t care anyway. It constantly updates to keep things fresh and running at an enjoyable pace, with plenty of content, bags of humour, lots of loot and an addictive lure that brings you back in time and time again.

Overall, Dandy Dungeon: Legend of Brave Yamada is one of those games that achieves its own legendary status. Honestly, if you own a Switch, you need to own this game. It’s super-playable, super-addictive and so much fun, that you’ll instantly fall in love with it. Yes, its repetitive. Yes, it’s grindy, but you know what? You really won’t care and in fact, you’ll be all the more grateful for it as you learn its patterns, make yourself look like a gaming god and impress your friends and family with your strategic prowess. Its simple gameplay loop and rewarding loot forces you back in time and time again, so much so, that I’ll guarantee you, just like Yamada himself, you’ll soon be hanging off the end of your bed in your underwear, puckering up for a kiss from your love and living life to the full again.

Defeat the bad guys, kiss the girl and do it all in your underpants, with Dandy Dungeon: Legend of Brave Yamada.