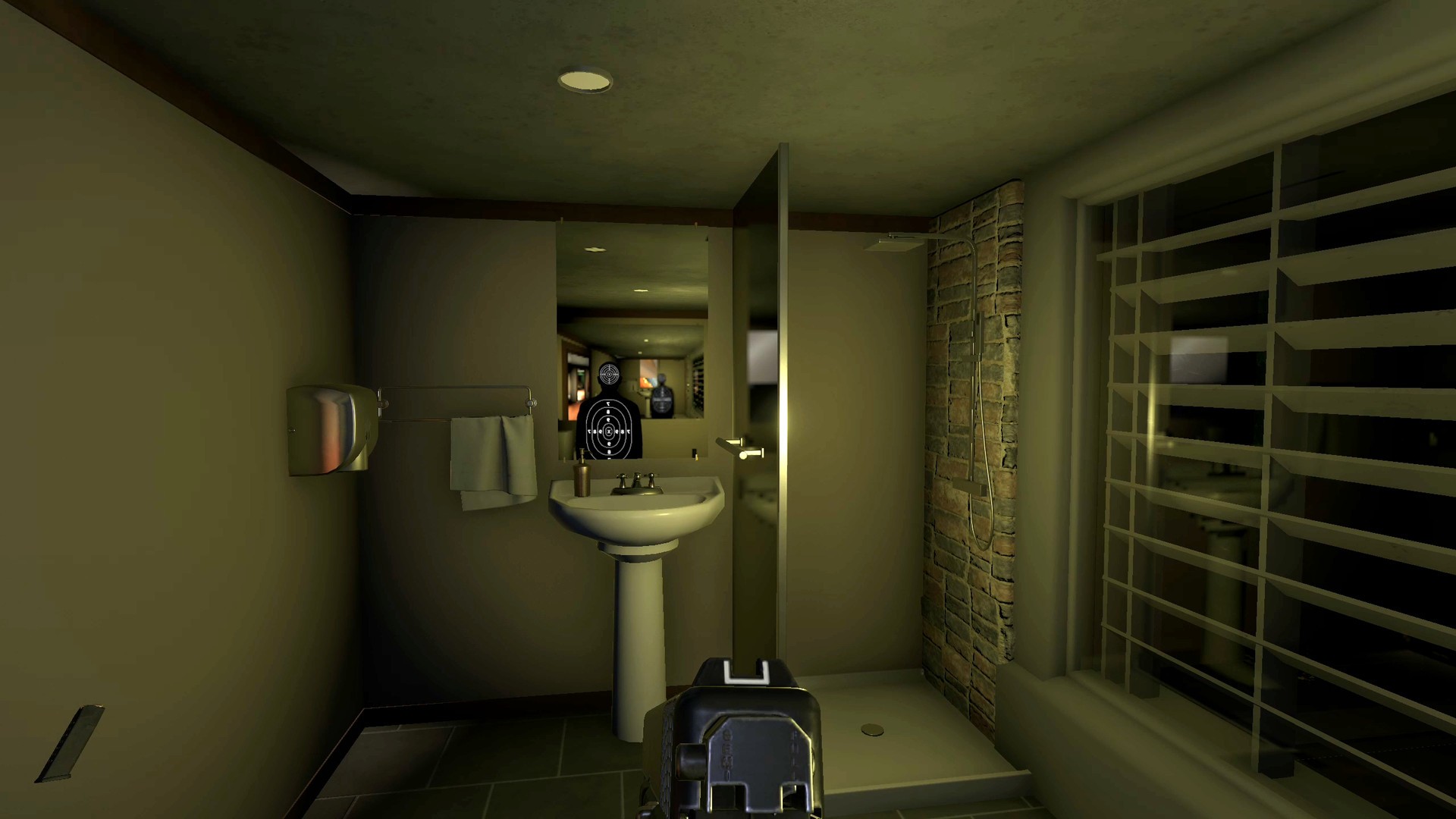 Back in 2013, the first Receiver came about as the result of a 7-day challenge to create an FPS game. Despite its minimalistic looks, it managed to quickly gather the attention of both players and critics alike, thanks to its detailed and realistic handling of firearms. Now, almost 7 years later, Receiver 2 is finally here and just after spending a few minutes with it, and I mean no offence by saying this, it honestly makes its predecessor feel like a glorified tech demo.

With Receiver 2, the developers seem to have doubled down on what set the original game apart from other FPS in the market, a set of highly detailed and simulated sidearms, and a cryptic story that isn’t shoved down the player’s throats. With that said, I must admit that even after completing the game, the story is still puzzling me to a certain degree. Starting out, players will most likely feel confused and lost, and that’s probably one of the goals for the developers when they set out to create this game.

The game tells its story through a series of fully voice-acted cassette tapes and floppy disks which unlock text logs in the menu. These can be found scattered throughout the randomly generated world, but these are not presented in any specific order, as far as I can tell they’re just random. The more you play, the more of these you’ll find and slowly you’ll start to piece every bit of information until things start to make sense. They not only provide some insight into the world of Receiver and its intricacies, but they also give you some historical facts about each of the guns that you unlock.

The game doesn’t ignore the fact that you come back to life whenever you die, in fact, this is an integral part of the story, and while I’d argue that the story isn’t the major selling point of Receiver 2, it is actually intrinsically linked to its gameplay and thus plays a major role. With that in mind, I feel like delving in great detail into the narrative would potentially spoil or ruin people’s experience if they ever decide to try the game out, so I’ll refrain from commenting on it any further. 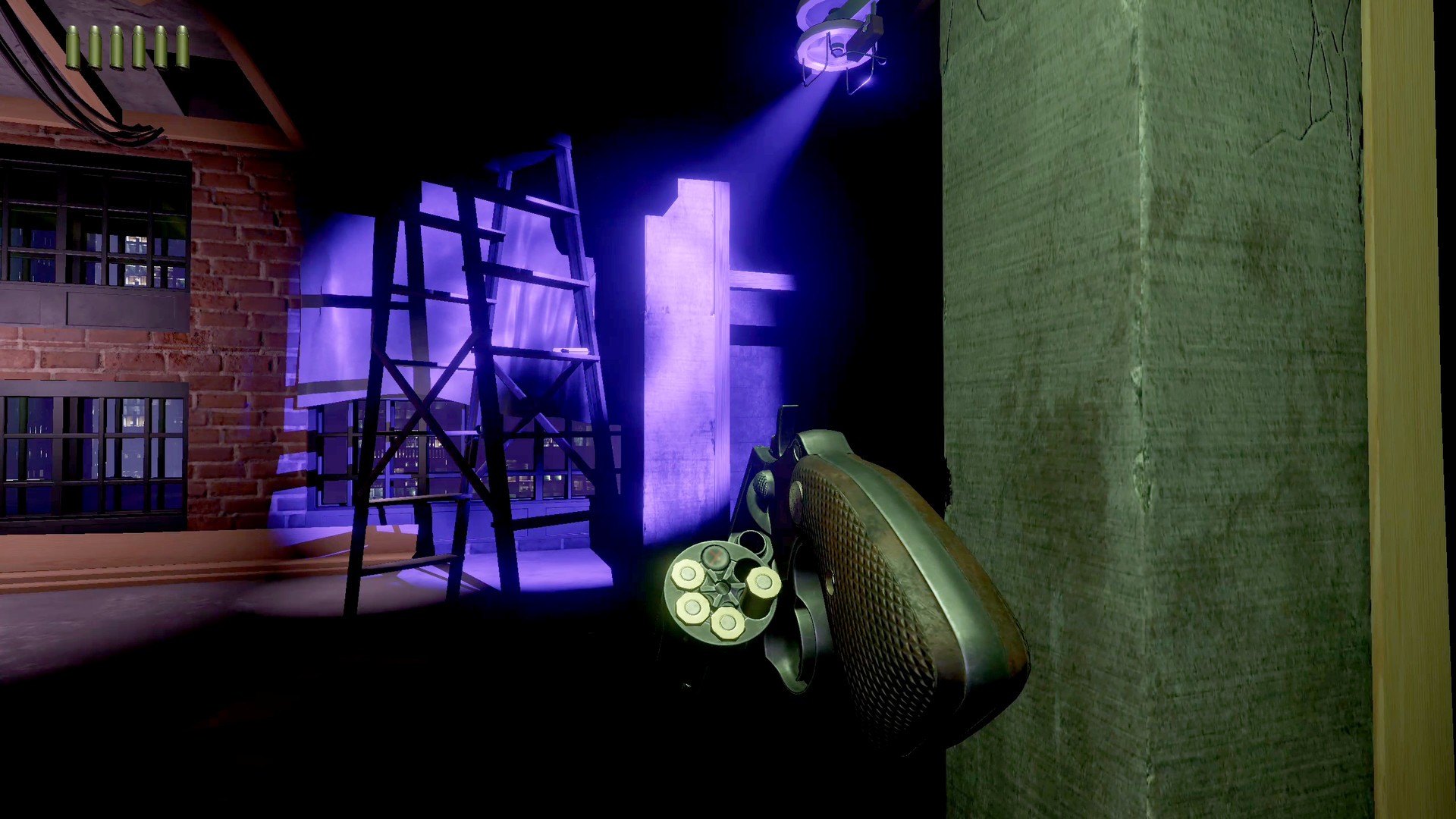 The firearms are the star of the show, and this time around there are 9 of them. While each of them is unique and operates exactly as they’d operate in real life, they can still be divided into two major groups, revolvers and those that use magazines. Still, no two firearms feel the same, and each one has some significant differences that you must learn if you want to survive. For instance, to reload revolvers (with the exception of one), you must make sure that the hammer isn’t cocked, then you have to open the cylinder and manually place each bullet in each slot, and then you have to close the cylinder again. On the other hand, a weapon such as the M9 Beretta, which uses a magazine, allows you to easily eject the magazine, holster the weapon, and then individually place bullets within the magazine. Still, a bullet can still be on the chamber, so if you’re not careful and you don’t slowly holster your weapon, or if you forget to turn the safety on, you might shoot and kill yourself while doing so, and no, I’m not kidding.

The thing with the way that sidearms operate is that each motion is done by individual key presses, the only actions that require you to use your mouse are aiming and firing the gun. It didn’t really matter which weapon I had, pretty much all of them made me feel like I had no idea of what I was doing when I first got my hands on them. There’s one of the cassette tapes in which the person speaking says the following: “Correct usage of your firearm has to become as natural as breathing for there to be any chance of success”. That line perfectly describes the importance of safely handling your firearm.

So, you might be wondering who or what there’s to shoot if guns are so complex in this game, right? Well, your enemies in Receiver 2 are manifestations of something else, and these manifestations are called killdrones. These vary in type and level of difficulty, but they’re slowly introduced to you as you progress through each rank. Still, don’t expect a tutorial or someone to teach you how they should be dealt with. The game is brutal, you might be peacefully wandering throughout the many apartment complexes, arcades, and abandoned construction sites that are randomly placed in the game, but as quickly as you turn a corner you might run into the line of sight of a turret and you’ll die pretty much instantly.

Most killdrones line of sight is outlined by a blue spotlight, which gives you some sense of how you should proceed to avoid them or safely get rid of them. However, what’s most important is the fact that each killdrone has multiple weak spots that you can exploit, which allow you to completely decommission them with a single well-placed shot. The most basic ones, the turrets, can easily be disabled by shooting their camera, or you can even shoot their ammunition block which stops it from being fed any bullets. There are multiple ways to defend yourself from the various killdrones, but until you’re lucky enough to find a floppy disk containing information regarding their weak spots, it’s up to you to figure out how to best dispose of them. 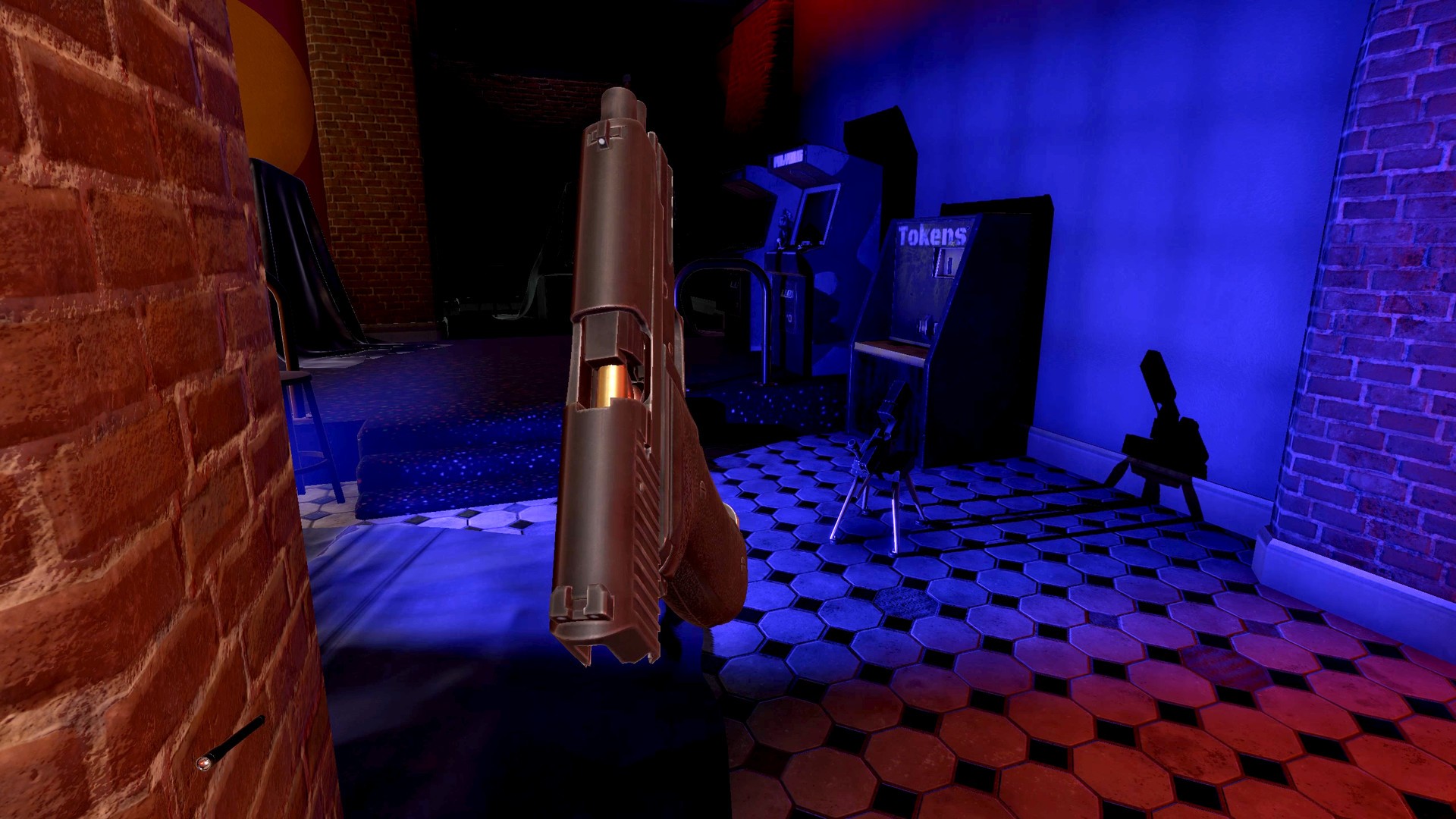 The goal in Receiver 2 is to find a certain number of cassette tapes to increase your rank, which is how the game tracks how far you’ve progressed, and the ultimate goal is to reach rank 5. By increasing your rank you will be moved to a new level and you’ll also gain access to a new weapon. The trick here is that, if you die, you’ll de-rank. Although I think this is completely fair, as it encourages players to take their time and play carefully, I do admit that it can still feel frustrating, and I’d much rather prefer to have some sort of save feature to make the game more accessible. This is mostly due to the fact that pacing is all over the place. On one run you might quickly find all the tapes that you need to increase your rank, and thus move to a whole new area and face new enemies with new weapons, while on the next you might struggle to find these tapes.

While I didn’t detest the way that the original Receiver looked, Receiver 2 looks a whole lot better, and the visual uplift is certainly what the game needed to set the right tone and ambience for players to immerse themselves in. Furthermore, while there isn’t much to Receiver 2 in terms of audio, there is nothing more frightening and startling than the beeps that killdrones emit whenever they spot you, they pretty constitute the signing of your own death sentence.

Overall, while Receiver 2 might not be a game for everyone, it is certainly one of the most compelling and unique FPS that I’ve ever played. From the realistic and intricate approach to shooting and gun handling to the mysterious world you find yourself in, there’s plenty to love and little to hate, including some really terrifying moments every now and then.

The only real problem that I have with Receiver 2 is its inconsistent pacing, other than that, I honestly wouldn’t change anything else as the game is quite exceptional. However, I can see why some people would simply hate its slow and methodical nature. This is one of those cases where you’ll either love it or hate it. If you’ve played the first game and all you wanted was more of the same but better, then Receiver 2 is exactly what you’re looking for. If you never played the original, then this is still a great starting point and you will hopefully enjoy it for what it is.

Receiver 2 is one of the most compelling and unique FPS that I’ve ever played, thanks to its mysterious world and its realistic and intricate approach to gun handling.