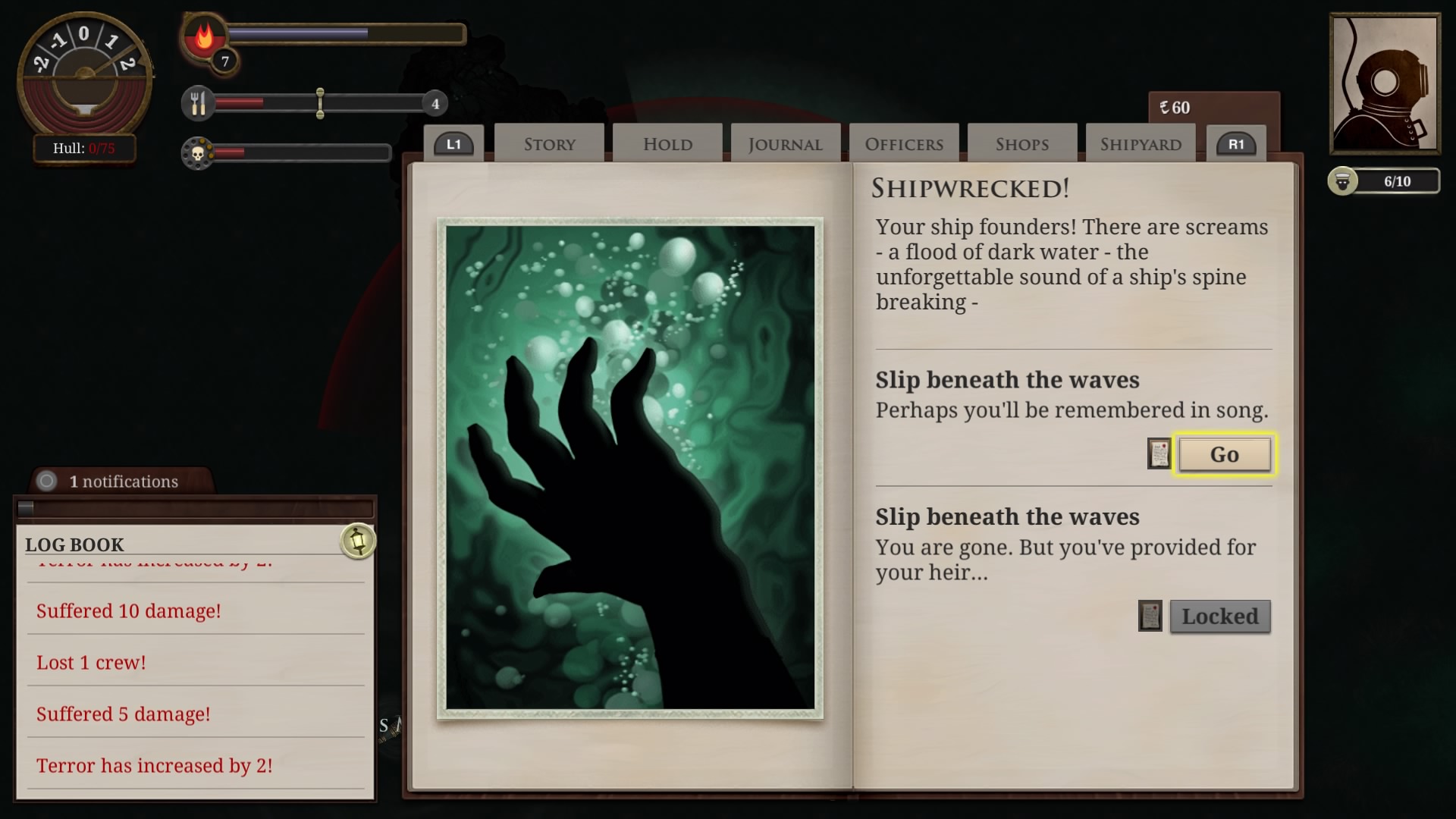 In this day and age, hand-holding in videogames becomes more apparent with each and every new release. As developers and publishers alike, strive for ever-expanding inclusive appeal, in order to ensure that their titles will find a universal audience within the market. And it has come to a point where even games such as FIFA, now feature in-play tutorials which provide you with visual queues even for the simplest of actions. And while this trend is constantly growing, and evolving, it has not infected all portions of the industry, as there are still developers out there who prefer to provide their customers with a challenge, rather than with the proverbial walk in the park.

The last two PlayStation Store updates were filled to the brim with indies of the higher calibre, which heavily relied on their respective difficulty, rather than any other features. And while titles such as Death’s Gambit and Dead Cells are still on most players’ minds, it appears that there is no stopping indie developers, as earlier this week, Failbetter Games has released Sunless Sea Zubmariner Edition, which just like the previous two titles, is not a game which will hold your hand, nor applaud you for any minor achievement and/or accomplishment. And while it my differ drastically in its framework and premise to both Dead Cells and Death’s Gambit, then it has to be said that it still relies on the exact same fundamentals of game design.

Unlike the two above mentioned titles, Sunless Sea is nautical, top down RPG, which puts you at the helm of a vessel, designed to explore the seas and oceans of a post-apocalyptic, Lovecraftian earth. And unlike most games, it does its best to provide you with the backstory, and lore of its setting, as on each and every step it gives snippets of information which allow you to slowly put together a puzzle, which ultimately provides you with an image of the past, and present of the city of London which has battled the armies of Hell in the infamous, in-game Campaign of 68. A campaign which resulted in London being sucked into the Neath, a ”Sunless” and dark underground expanse, residing on the verge of Hell. 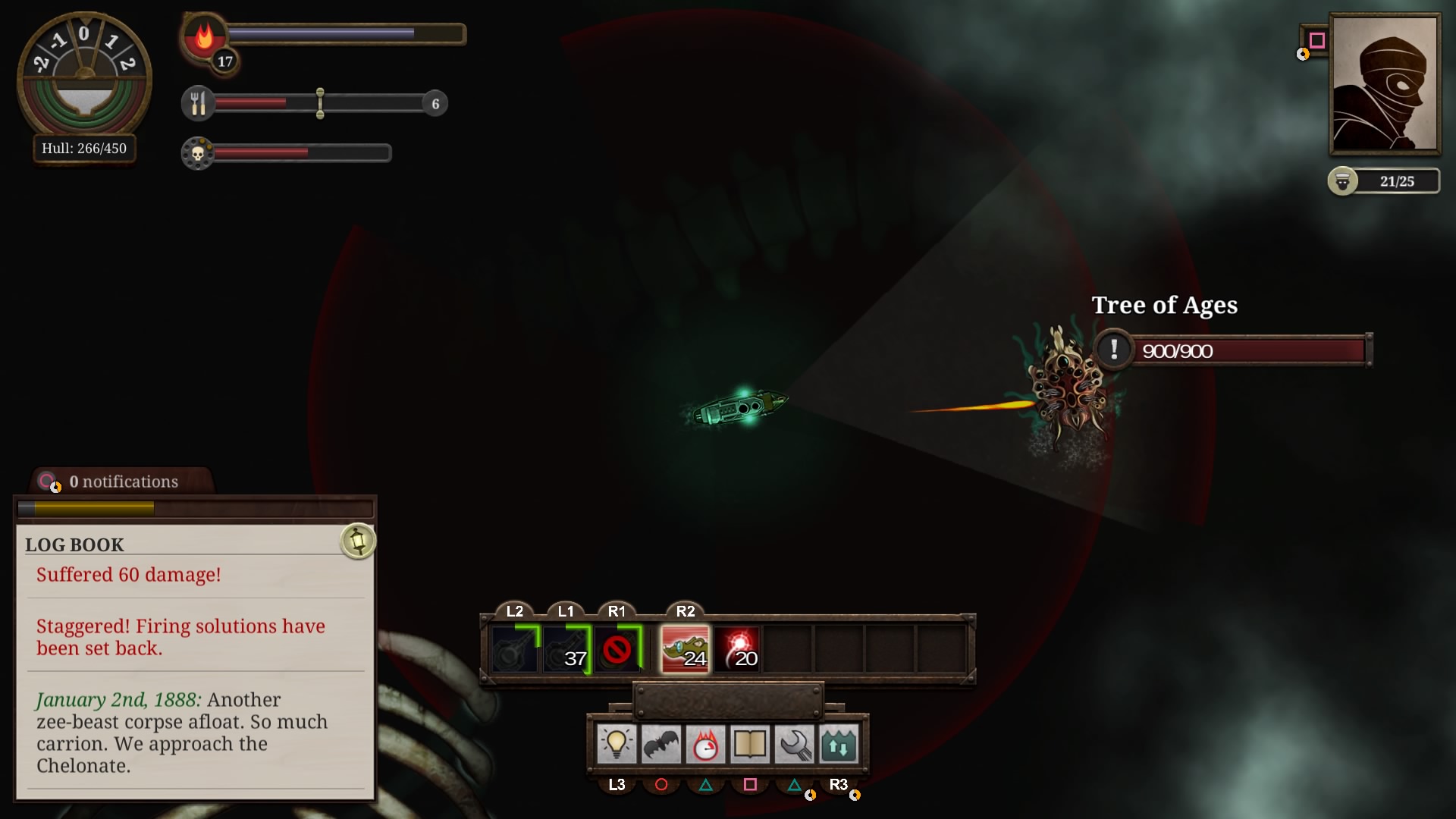 Narrative wise, Sunless Sea is one of the more original titles which you’ll find today on PlayStation’s platform. And while it heavily borrows from Lovecraft, and it is clear that it has been inspired by Hellgate: London, then it has to be underlined that the rather significant additions in the form of Neath, original creatures, and secondary plot devices, allows this particular title to stand out form the crowd, and shake off any notions of cliche elements, and/or plagiarism, of which many titles are being accused of today.

Overall, the plot and the sub-narrative of Sunless Sea, are simply superb as they provide the otherwise mechanically intensive title with a steady dose passive elements, which constantly entertain you, and take your mind off of the title’s more mundane features. However, no matter how many snippets of information or lore the title throws at you, it simply can not be ignored that at its core, it is a very unattractive game, with rather limited appeal. And it is mainly due to the fact that Sunless Sea features a largely overwhelming user interface, which is rather cumbersome, and simply uninviting – especially for the younger crowd.

When  you’ll turn Sunless Sea on for the first time, you’ll get bombarded with walls, upon walls of text, which will desperately try to clue you in on all the aspects of the game. And while reading about the world, its inhabitants, and their customs can be intriguing at first, it can get fairly irritating as the game continues on. And by the time you’ll reach the hour mark, the initially fascinating newsflashes, will be nothing more than cumbersome hurdles, which only add more dead time, to the already incredibly time-consuming game, which can swallow dozens, if not hundreds of hours of your free time, with rather relative ease. 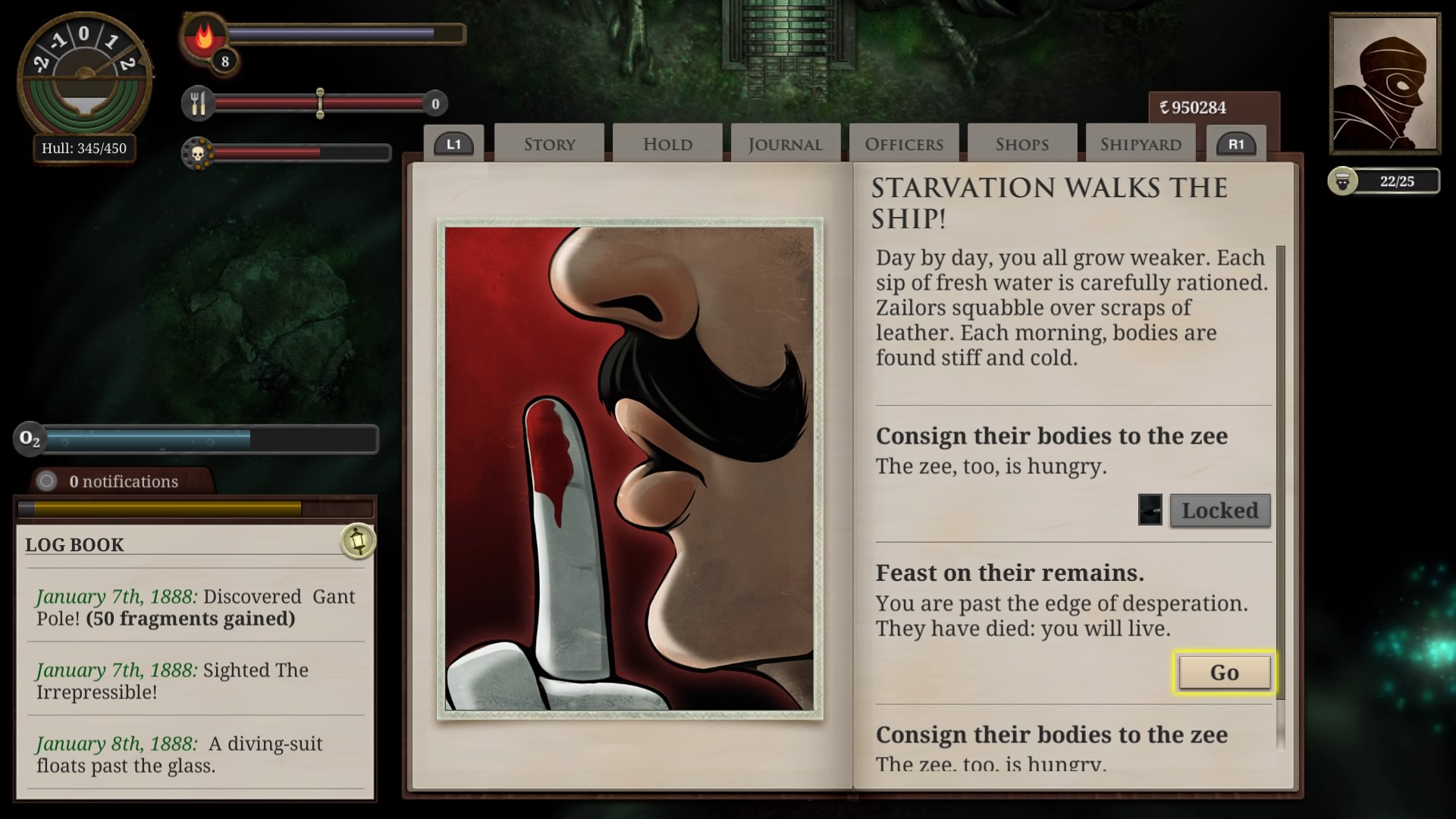 The beauty of most modern roguelikes and roguelites, lies in the fact that first and foremost, they respect your time above all else. And while Sunless Sea does differ dramatically in some departments to let’s say, The Binding of Isaac, then it still relies on the features of one of the hottest indie genres around. But unlike your Dead Cells or Spelunky, it requires you to invest significant amounts of time, before it gets truly going anywhere. And while this is an issue in and of itself, then it has to be underlined that it is nowhere near as significant as the one related to the fact that it lacks the pick-up and play factor, which is essential in this genre. And as excellent and as engaging as Sunless Sea might be, it simply does not respect your free time, which most of us don’t have in abundance.

From the strict management standpoint, Sunless Sea is second to none. As it allows you to micro-manage, each and every element of your vessel, crew, and even your protagonist. But this goes back yet again to the matter of time consumption. As all those elements, yet again, as good as they might be, require an immense amount of your free time. So before you’ll even consider purchasing Sunless Sea, you will have to find out for yourself whether it is worth not just your money, but also your time. However, this calculation can be massively simplified for you, if you were to opt for the mobile version of this particular title, because as an in-commute game, Sunless Sea, is tenfold better than as a console experience. And it that case, it is more than worth its asking price, because then it does not just respect you as a customer, but it also fills your daily dead-air, with something to do.

Ultimately, all that really has to be said about Sunless Sea Zubmariner Edition is that it is an excellent game, but a home console is perhaps not the best platform for it. And sure, its release on consoles does allow it to reach a wider, more diverse audience, but those who were never in contact with it before, may walk away from it with a bitter taste in their mouth, as Sunless Sea differs drastically to most games on Sony’s platform. And as much as I respect it, as a product, I do not believe that a console port of it was entirely necessary. But if you are looking for a break from the usual action focused indies, then you are more than welcome to give Sunless Sea on PlayStation 4 a try, as it might just be up your street.

Sunless Sea is an excellent and deeply engaging title, but perhaps it should have remained on home computers and mobiles, as consoles are not quite the right fit for it.