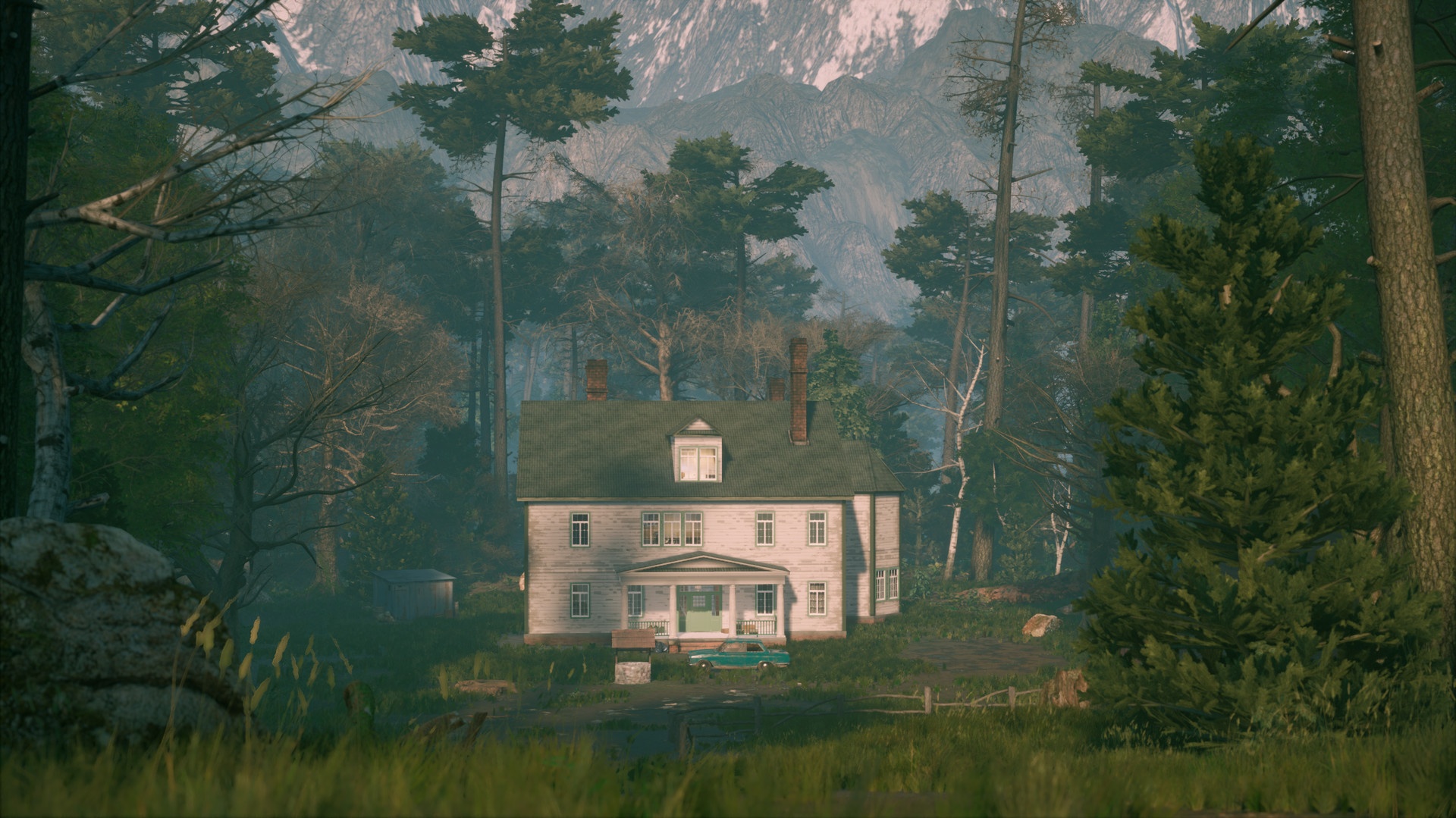 The Beast Inside is a first-person horror adventure game created by the budding new indie team, Illusion Ray Studio. The developers initially released a demo for their new game in March 2019, showcasing what was in store for fans of the ever-popular horror genre. After a very positive first impression, myself and many other fans were eager to get their hands on the full product, which was eventually released on Steam in October 2019. In this review, I will remain as spoiler-free as possible.

In The Beast Inside, the player assumes the role of Adam, a CIA agent in 1979 who has recently relocated to a secluded forest home with his pregnant wife Emma. The game begins with a calm and relaxing atmosphere as the player is tasked with moving several boxes into the house. This felt akin to the likes of Firewatch or Edith Finch, but this was, of course, a deceitful safety net to create a false sense of security before the real terror set in.

While exploring the new house, Adam quickly stumbles upon an old diary written by a man named Nicholas in the mid 19th century. It’s at this point that the game transports you back in time, allowing you to take the role of Nicholas, a man with many demons. This creates a very interesting dynamic, with the game swapping between the two protagonists to uncover the story that links the two characters. Despite a fairly solid base narrative, the game did feel achingly predictable at times. Like many other players, the ‘big twist’ left me feeling slightly underwhelmed at the end of the game.

The core mechanics of ‘The Beast Inside’ are very typical of a modern-day horror game. It incorporates stealth and uses a physics system to allow players to easily move objects as they please. I was delighted to see that the game also features small puzzle elements that are predominantly featured when playing as CIA agent Adam, fitting inappropriately with his career choice and character. Personally, I found these parts to be the most enjoyable and it was a relaxing counterpart to the horror themes, which gave the game an excellent flow. 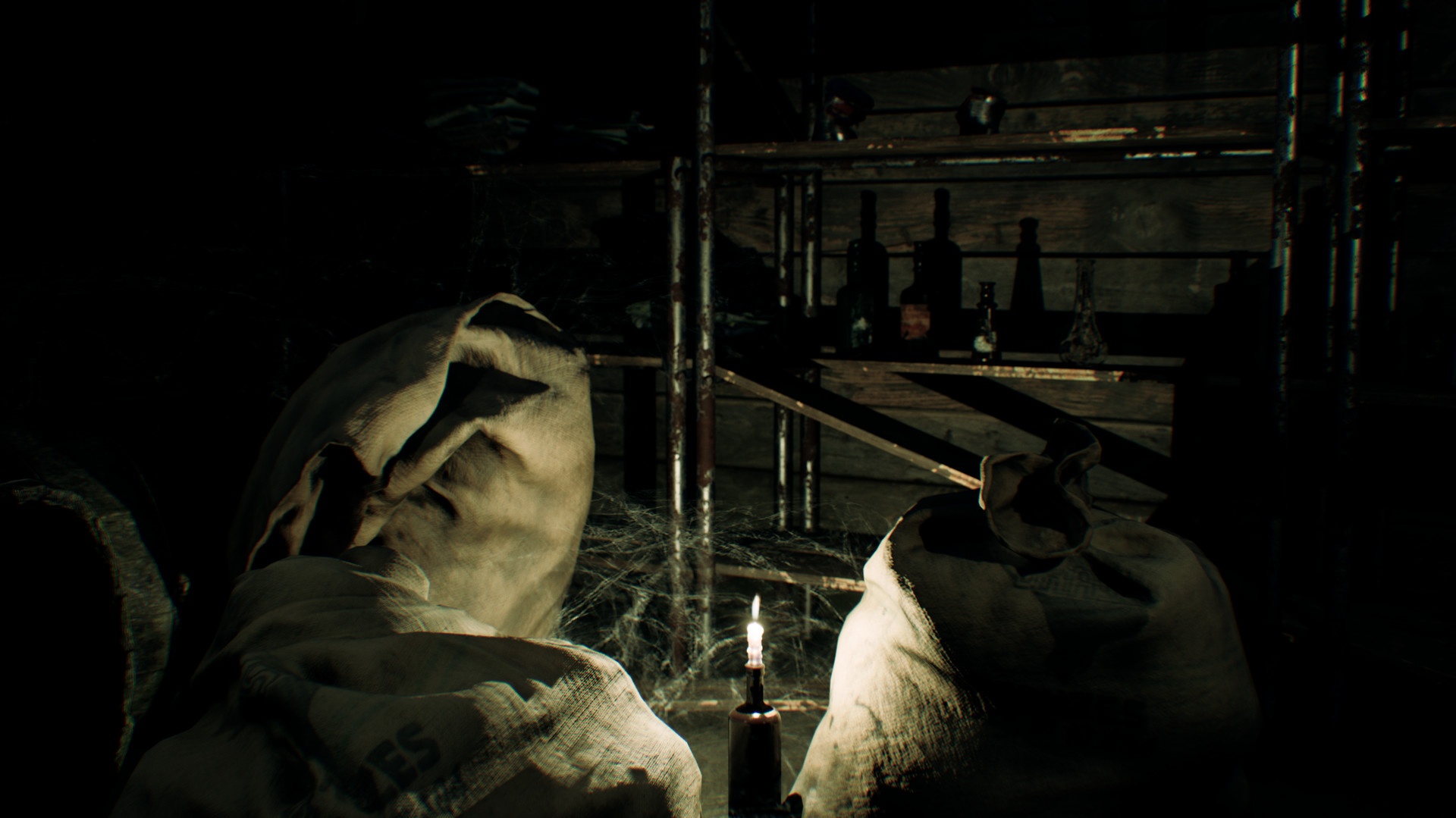 In typical horror fashion, the game uses jumpscares, although the sheer amount makes them grow stale after a while. There were a few genuine ones that made me leap back in my seat, but the majority felt lackluster and left me wishing that the game focused more on the atmospheric horror and tension building.

The art featured in ‘The Beast Inside’ is definitely one of the game’s strongest points. When exploring the forest outside of the house, I often wished I could just continue walking. The environment during the day was refreshing, beautiful and felt like something out of a walking simulator. During the night, it amplified the tension and made me nervous to turn the corner, as any good horror should. The mines in particular were a great example of this.

Furthermore, each object appeared to be modelled with care, and I really liked that I could zoom in on certain key items to see the detail and reveal more information that furthered the narrative. In addition, the handwritten letters were a nice little touch and added a lovely layer of depth; you could see how much thought the developers had put into the little details. The characters were also realistic and well modelled. I particularly enjoyed the design of the killer, who fit perfectly with the game’s aesthetic and did a terrific job of being both ominous and scary.

Another positive element of the game was the fantastic sound design, which in my personal opinion, is absolutely key to creating an enjoyable and immersive horror game. The diagetic sounds were of a good quality, for example, the rustling of the trees or the slamming of doors. The music was also great, with enough variety to avoid becoming boring and amplify tension during the crucial moments.

I liked that the game featured three different modes to cater to different players. Adventure is best for those who want to enjoy the game’s story, the standard for those interested in the normal difficulty and finally the appropriately named beast-mode, for those looking for a challenge. The game ran smoothly and I didn’t encounter any game or immersion-breaking issues, aside from little parts of the dialogue that felt unplanned and shoehorned in. 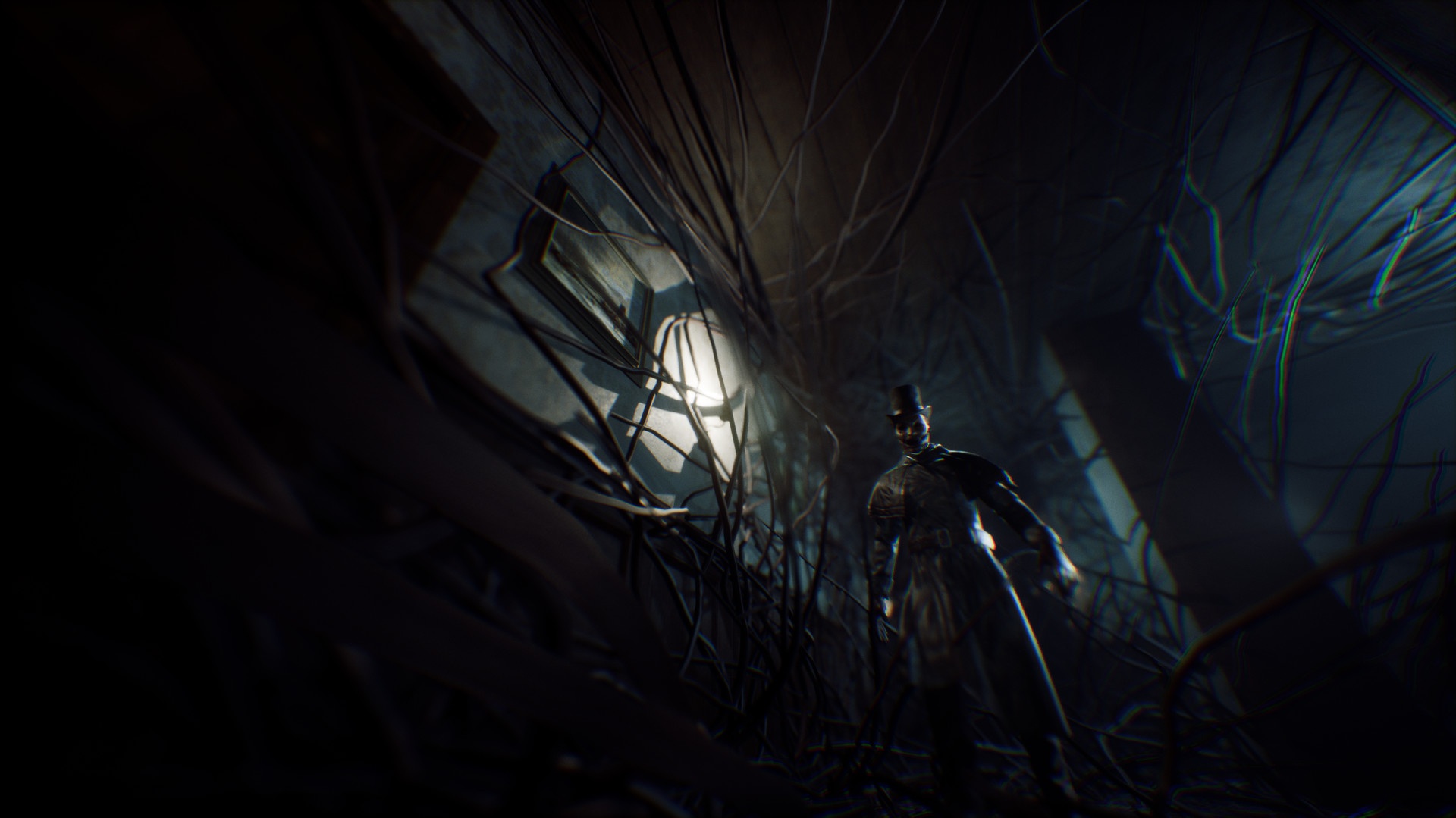 Despite its positives, it does feel like the game is suffering an identity crisis due to the number of different ideas present. Sometimes the game is an exciting stealth mission, or a thrilling monster chase scene, or a walking adventure, or a weird gadget mystery investigation, or a puzzle game….you get the picture. This isn’t necessarily a bad thing, but it felt like the developers were attempting to shove as many ideas as possible into one title, instead of focusing on creating one interwoven horror story with two interesting and likable protagonists.

Nicholas was an interesting character to dive into the mind of, as his upbringing was abusive and we felt deeply sympathetic towards him. His story was actually incredibly sad, pulling on my heartstrings multiple times before launching me back into reality with scares.

On the other hand, Adam felt somewhat lacking. I wasn’t fussed whether he lived or died as he was dull and shallow. I enjoyed the gameplay surrounding him, for example using the Quantum Localiser to discover how certain events transpired, but I personally would’ve preferred if the developers spent more time making me care about Adam. This way, when faced with any trauma or horrific events, I’d feel more distressed as I’m emotionally invested.

All in all, The Beast Inside was an entertaining horror mystery that, although not perhaps entirely polished, certainly lived up to the hype created by the demo. The character swapping aspect was enough to keep me interested and despite its narrative not exceeding my expectations, it still made for a fun creepy adventure in a dread-filled world.

The Beast Inside Review

All in all, The Beast Inside was an entertaining horror mystery that, although not perhaps entirely polished, certainly lived up to the hype created by the demo.

Courtney Raine no longer writes for Bonus Stage. We would like to thank her for contributing 1 Review during her trial period with us. Reviewers are an essential part of Bonus Stage and therefore we sincerely appreciate all contributions from reviewers/writers who in-turn help to contribute to Bonus Stage's success. We wish her every success with her next venture.