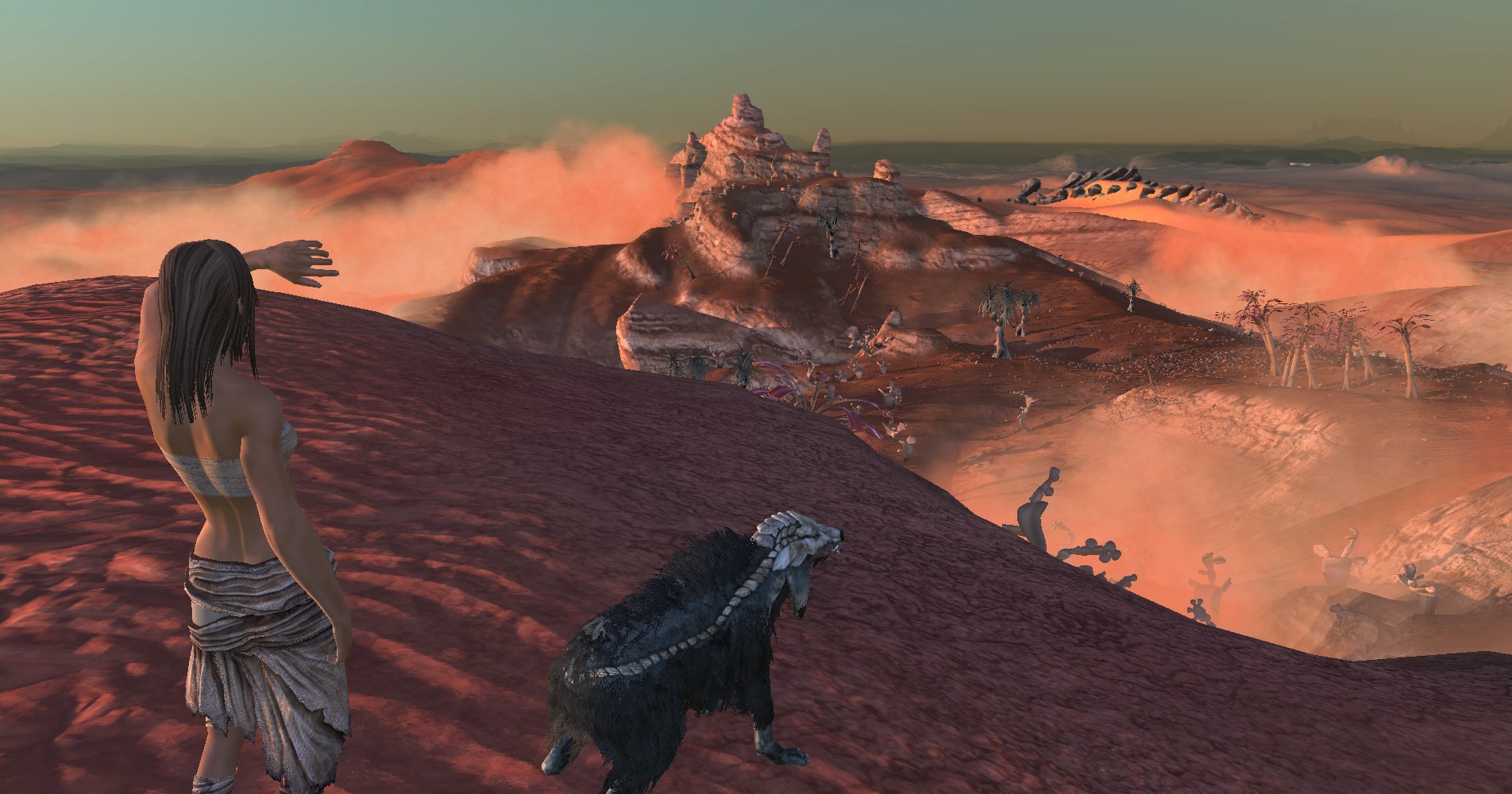 Kenshi isn’t the most accessible title and doesn’t look fantastic, but I can guarantee you haven’t played something like it. It offers an experience I’ve been desperate for since a kid: True freedom of choice and it’s fantastic.

The only real choice you get given before you take over is your past. These all come with handy little difficulty bars and a rough description of what your gameplay structure will be like. These include things like the role of a slave with no clothes, no equipment and no money, a real tough one. This is balanced with the easy trader role who starts in a town with a backpack, a mule and a bunch of sell-able items. The “Rock Bottom” Beginner has a twisted sense of humour starting you naked, unarmed, in the middle of a desert filled with slavers and you’ve lost an arm. I look forward to one day building up the courage for that one. 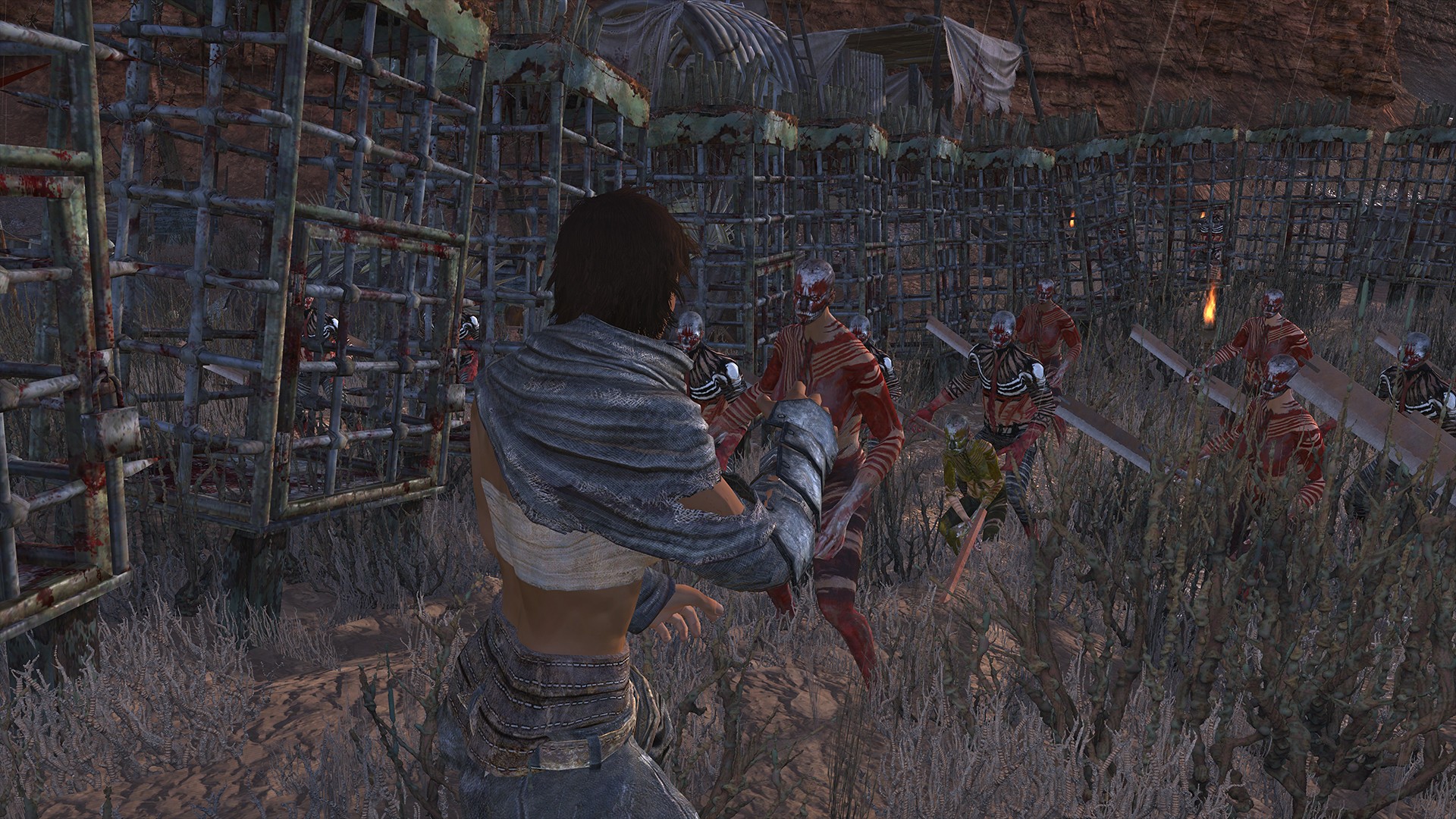 My first run was with the, admittedly easy, Nobodies, a band of five nobodies with nothing to their name or their inventory. Within seconds, all but one of them were mercilessly massacred by a roaming group of mercenaries. My skeleton (essentially a robot) managed to play dead and crawl to a safe town where he healed and bided his time. One unlucky group of adventurers thought they could end him, only to be met with a group of friendly villagers from a nearby town. I looted all their corpses, equipped their weapons and armour and pledged to go down the road of getting my redemption.

This is exactly what works so well about Kenshi. There isn’t a preset story, there are quest ideas and things that provide structure but what you get out of it is up to you. It is the closest a game has ever felt to that open nature of Dungeons and Dragons. You start and walk wherever you want, do whatever you want, be whoever you want. The gameplay itself often feels like classic CRPGs opting for a top-down map and plenty of options. The gameplay, so to speak, isn’t complicated but offers so much choice to the user that it hard not to praise it. The gameplay itself isn’t what’s great, but the depth in which your choices and actions can be are. 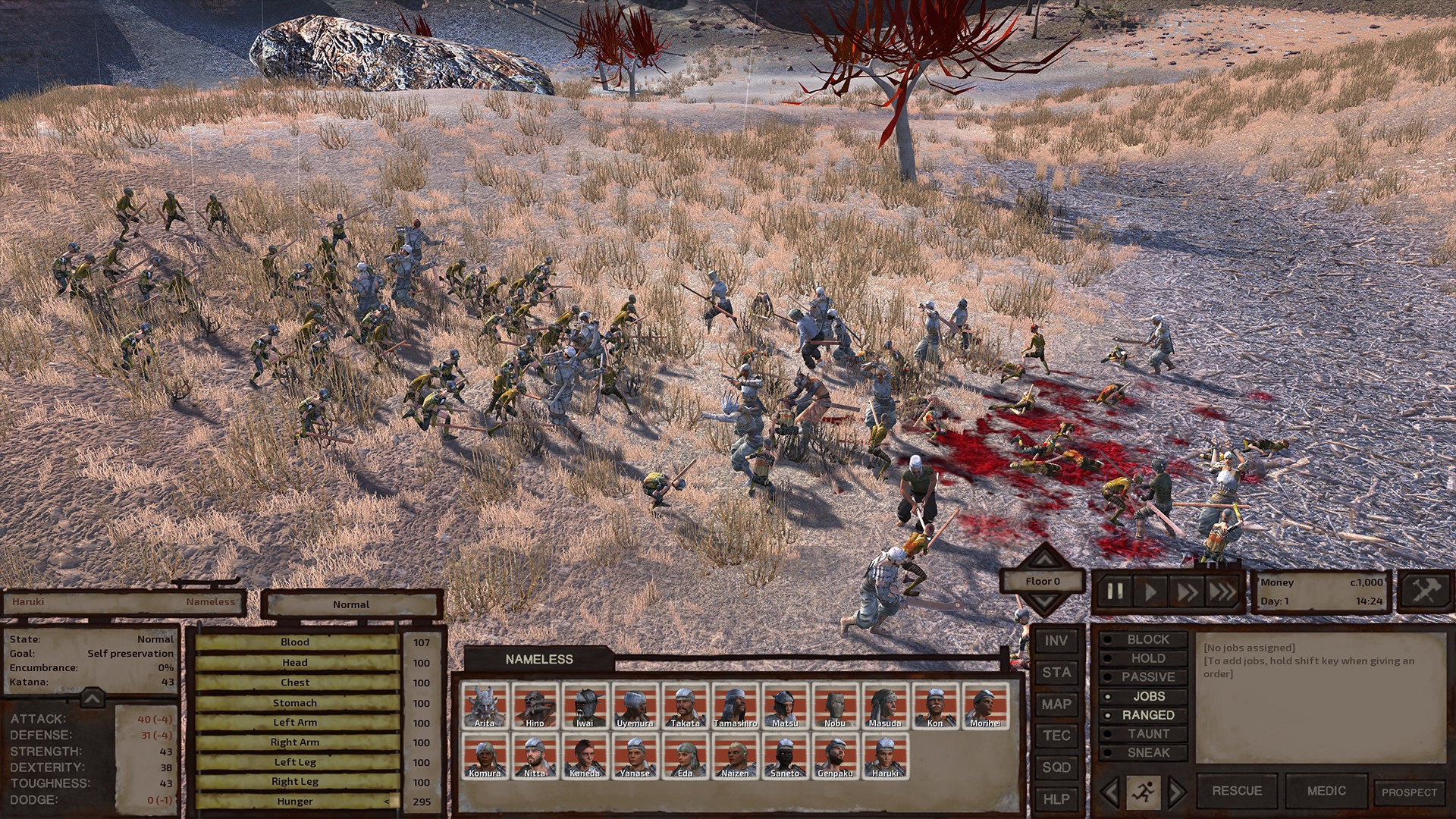 The general atmosphere of Kenshi only works to heighten this. The world of Kenshi is a dark and twisted place reminiscent of Desert Punk in its presentation, mixing Mad Max-style apocalypse with a Japanese twist. The music, for instance, is top-notch using swelling strings with dark ambience. It regularly feels like an extra track from Akira Yamaoka, the composer of the Silent Hill games, with dark gritty tones and almost pretty guitar work. Everything has this tinge of aggression and sadness. Just have a listen to the main theme and it’ll make you want to play Kenshi. This is what good music design does. It can work on its own as great music but is so intrinsically tied to the game itself that it reminds you of what you’ve done, who you’ve killed, what you’ve seen.

This is, admittedly, not made better with the art style and graphics but its roughness ends up channelling that feel of ‘90s CRPGs that really use your imagination. It doesn’t make the game better but certainly does not detract from the overall experience. As pretentious as it is, Kenshi is as much an experience as a game. No amount of talking or writing about it can really express what it’s like to play it. Someone could take you through every action they took and everything that happened to them and that would barely scratch the surface of what you can actually do. I can’t think of a single other game that this can be said about. You might love Kenshi, you might hate it but you’ll never play anything else like it.

James Bentley no longer writes for Bonus Stage. We would like to thank him for contributing 1 Review during his trial period with us. Reviewers are an essential part of Bonus Stage and therefore we sincerely appreciate all contributions from reviewers/writers who in-turn help to contribute to Bonus Stage's success. We wish him every success with his next venture.