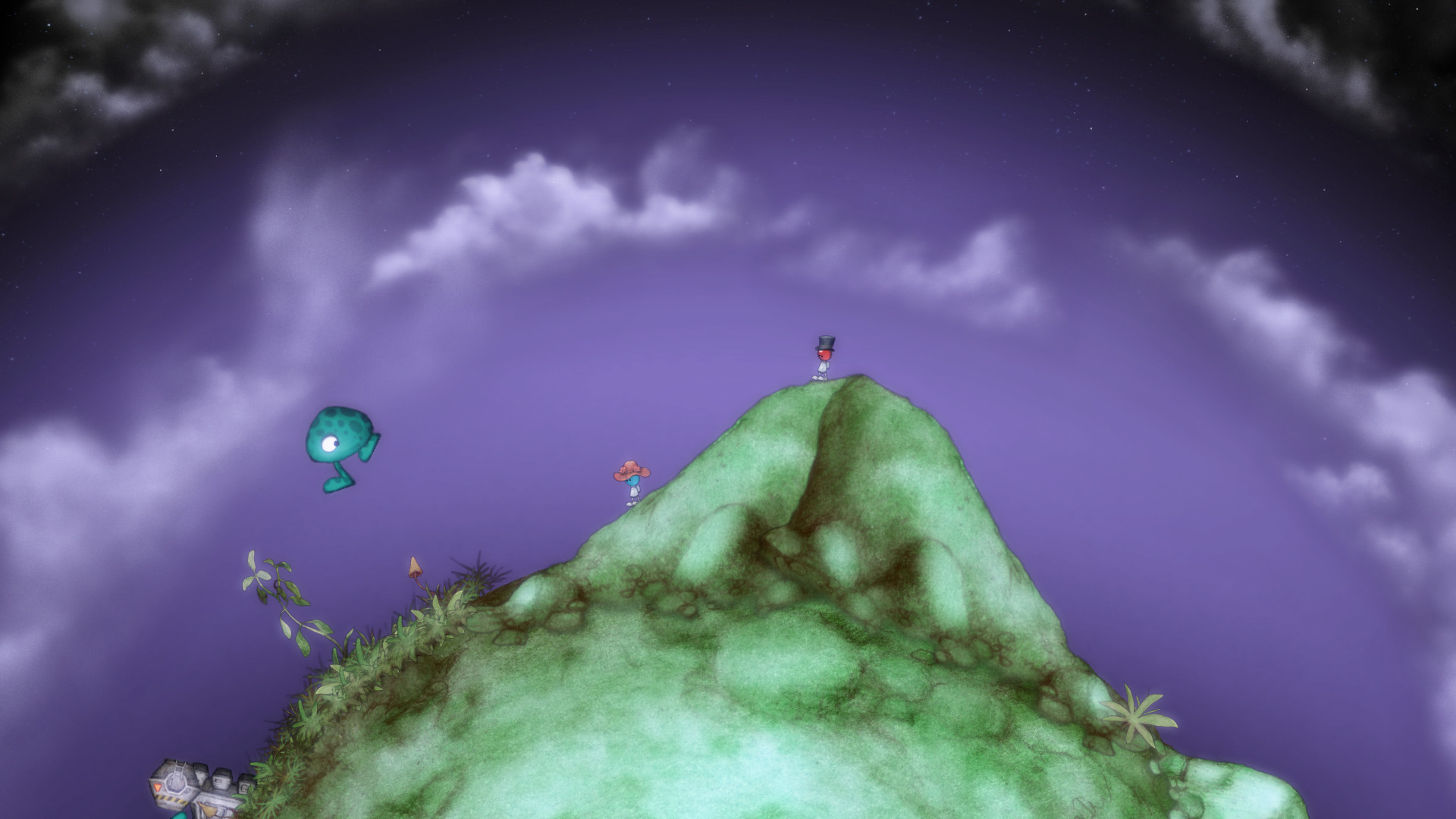 ADIOS Amigos is a game that came out of nowhere for me, but it’s also one which really surprised me in a good sense. Even though it came out last September, I really don’t remember seeing any coverage of this game whatsoever, which is quite a shame, as it seems to have gone under a lot of people’s radars.

In essence, this is a game about space exploration and resource gathering, but there’s quite a lot more to it than just that. To be honest, screenshots and videos do not really do the game much justice, because where the game truly shines is in its gameplay, and you have to be the one actually playing to realize how engaging it can be.

The core of the game is pretty simple, but it also has the potential to be quite challenging if players so desire. In ADIOS Amigos, you can control both your character or your spaceship at any given time, as you travel between solar systems in an attempt to find your way back home. However, using your ship’s thrusters uses energy, which has to be salvaged from abandoned space stations, planets, or drained from satellites. In the same way, in order to proceed to the next solar system, you have to charge up your jump drive by scanning/touching numerous things that you can find scattered throughout the entire solar system, ranging from furniture, alien creatures, among all sorts of other items. 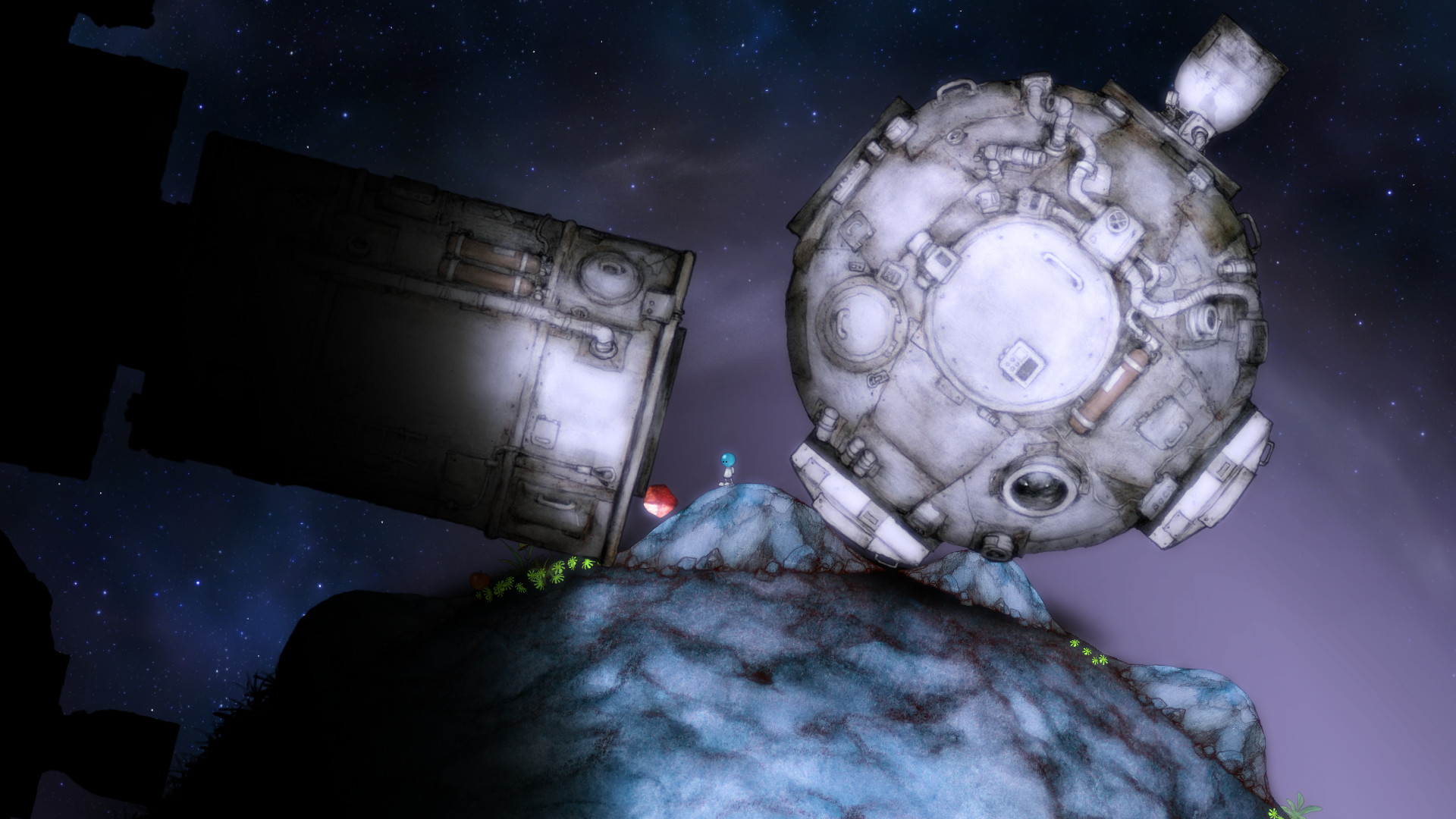 Sure this might sound pretty easy and simple so far, right? Well, the truth is that everything is not as smooth as it might sound. Behind this entire simplistic gameplay loop, there’s a strong emphasis on physics and simulation. Each solar system is randomly generated so each playthrough will feel very different from previous ones, but each solar system can also be described as a single simulation. What I mean by this is that things like space debris that you see orbiting around in space are still there even when you land your ship on a planet. This means that a lot of times, while you’re out exploring the surface of a planet, you can suddenly start to get bombarded by meteorites. The same thing applies if you happen to deviate some object in space out of its natural course, as it might end up crashing with you later on.

Another really great thing about ADIOS, and quite possibly one of its coolest features is its focus on physics. Since fuel is a precious scarce resource, you need to gain momentum by executing careful moves with your ship’s thrusters. Now, once you combined that with the fact that the sun and each planet has their own gravitational fields, you can plot your trajectory so that you don’t really have to always use your thrusters 100% of the time whenever you want to get somewhere. Also, the ability to fast-forward also allows you to take advantage of the gravitational fields and speed up time so that you reach your desired destination by using the least amount of fuel possible. The fact that you can zoom in and out at any time and check your surroundings, which is vital whenever you’re plotting a trajectory or trying to stay clear of an asteroid belt, also goes to show the scale of the game and how everything in the solar system is happening at the same time seamlessly.

Landing on a planet isn’t always the same endeavour, as these are also randomly generated and can range from peaceful green planets to others with a scorching surface that can fry you in just a few seconds, while some can even have strong winds that will drag you around the surface without much you can do to fight it. Besides all that, each planet also has their own atmosphere and degree of gravity, so a slight press of the jump button on one place might feel extremely different than on another. Once you’re on a planet, you can exit the ship via the airlock and walk around. This serves multiple purposes. Not only can you repair your ship this way, but you can use your ship’s winch to lift obstacles,  and there are also specific objects which can only be discovered/scanned with the portable scanner that you carry around whenever you’re out of the ship. Still, you’re even more prone to die this way. Luckily enough, you can remote control your ship and get inside it if you find yourself in harm’s way, where you can also heal yourself at the expense of some of the ship’s energy. It’s these and many other small details that make ADIOS Amigos a pleasant and fresh experience each time you start a new run. 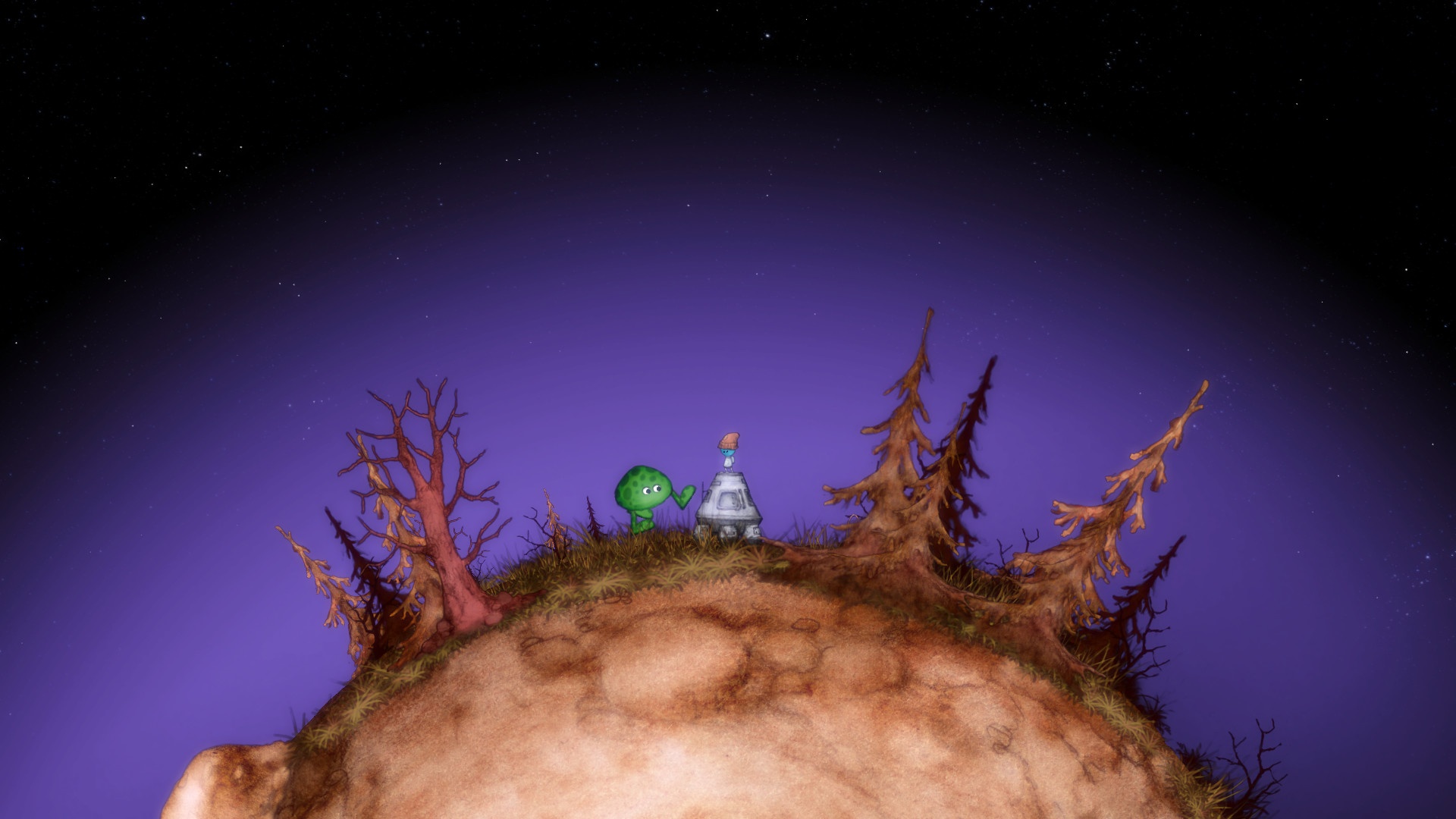 Still, don’t let its cute looks deceive you, and even though the game lacks any form of combat, it is still quite challenging, even more so if you decide to scan and collect as many things as you can so that you can reach the highest score possible. While the game is extremely simple to comprehend, it is very nice to slowly learn your way through the game’s mechanics and realize that there are ways for you to improve your gameplay strategy on each run. However, if you’re not someone who’s into competing for the highest spot you can reach on the leaderboard, the game is just as great.

While this is quite a stellar game, there is one thing about it which I quite don’t like, and that’s the fact that there’s no save function. If you’re in the middle of a run and you want to quit for some reason, you will lose all your progress. Having the game automatically save upon entering a new system would have been nice, but not even that is present.

Overall, ADIOS Amigos has been one of the best surprises in recent years. It’s often hard to come across a game that manages to be challenging, engaging, easy to understand, but also quite Zen-like. The lack of combat only adds to the peaceful tone that the game conveys, even though disasters can happen quite often. It really is quite a refreshing game, and most important of all, it’s something which I think has never really been done before. It doesn’t matter if you’re planning on playing it solo or with three other people (officially the game only supports up to four players locally), I’m pretty sure you’re going to have a great time anyway. I honestly can’t recommend this game enough!

A huge surprise and one of the most refreshing games I’ve played in recent years!