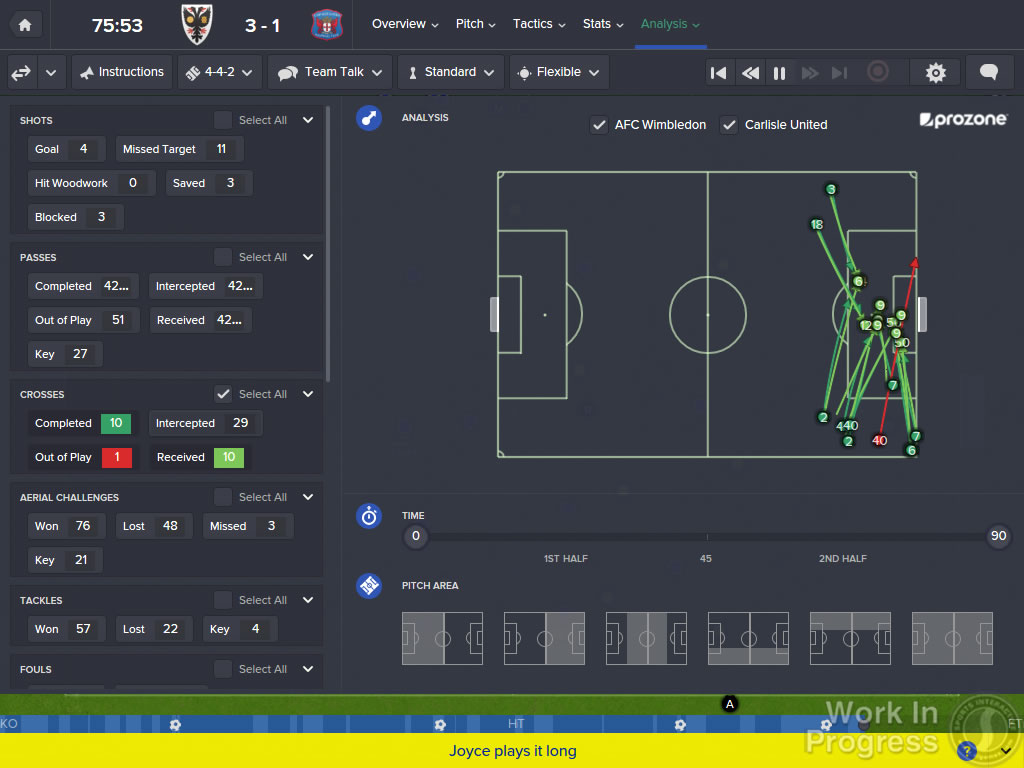 It’s another season and it’s another yearly edition of the super popular Football Manager series which you may have guessed is known as Football Manager 2016. Obviously if you’re fan (just like if you’re a fan of FIFA) you’ve probably already told your chairman to pre-order it so it’s ready for you on release day. The series doesn’t really have any rivals but nevertheless Sports Interactive must strive each year to produce a more in-depth and detailed yearly version. The question is whether this seasons new arrival is worth its transfer price.

Over the years I’ve enjoyed various editions of the Football Manager brand, each one contains more statistics as each season passes. There’s been a few football sims but none have been as well received as Football Manager. Championship Manager is the title that introduced many to football management, back then it felt stat heavy even then but nothing compared to Football Manager. There were some funny bugs with an early nineties edition, I don’t know why but I’d pick Peterborough United. I’d bring in the likes of John Aldridge, Ian Rush, John Barnes & Brian McClair (you could do that quite easily, even though they were all past it, their stats were impressive for the lower leagues and you’d romp away with the league title. You’d usually be good enough to win the FA Cup in your first season, that’s where one of my favourite bugs came to play. The following season if you were in Cup Winners Cup and Auto Windscreens Shield you’d end up playing 2 games on the same night (because a Thursday was when both cups were played) plus for some reason the first round of the Auto Windscreens Shield became a 3 legged affair!

Other favourable football sims of the past include, Ultimate Manager; where you could cook the books at the end of season and play as Liverpool in the bottom tier with your players stats only marginally reduced, FIFA Manager where one of your players would fall of the catwalk modelling and be out for 6 months and Player Manager which was a personal fave as you could take your squad on holiday and your office would be covered in Christmas decorations as you approached Christmas! 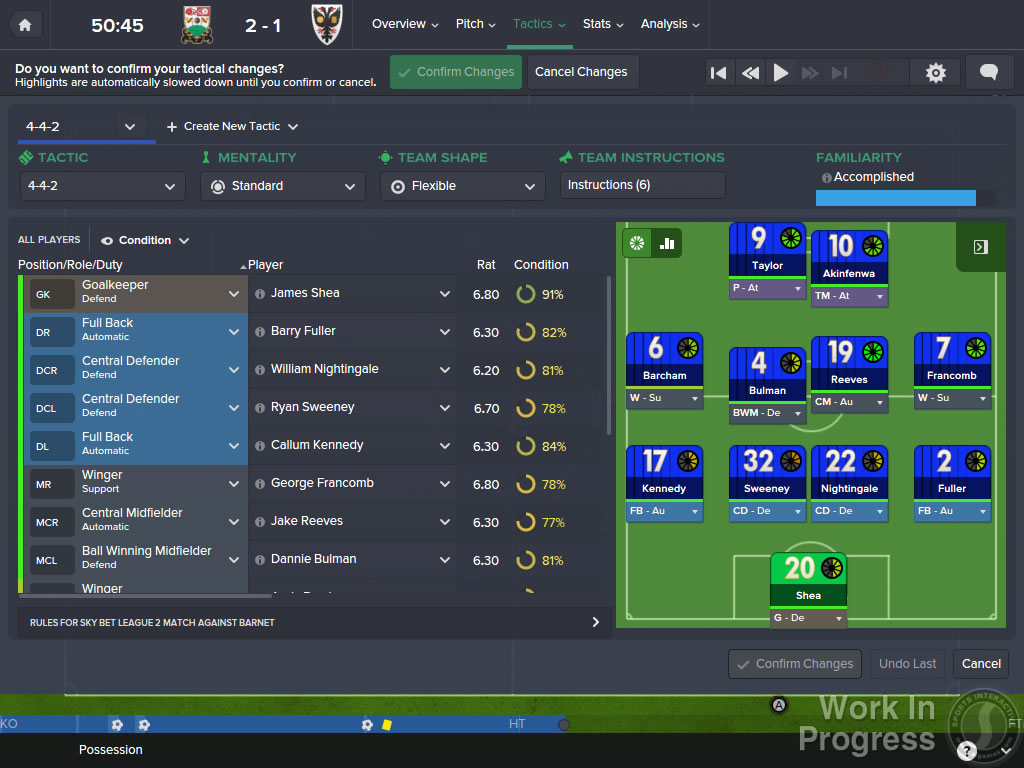 Anyways back to Football Manager 2016. Between the 2016 and 2015 there isn’t much of a difference in its looks or generally what is offers, although if you go back to a Football Manger from 4-5 years ago there are obvious differences. We’ll start with what new features have been implemented. There’s a fully fledged set piece creator mode that allows managers to set up multiple set piece routines to be used across multiple tactics; with different set pieces for each set piece taker, new zonal marking options. This works well and is a noticeable improvement, something that fans have been asking to be added for years. You are now to create your dream team and take on your friends in ‘Fantasy Draft’ mode. Starting with a fixed budget, each manager builds a squad from scratch, competing with other managers to sign the best talent before going head-to-head against one another in a mini-league. You can build up new rivalries against different clubs, this is a fun feature and is quite enjoyable as you begin rivalries with random clubs.

There’s additional functionality to the match highlights, you can replay so many things to your heart’s content. There’s more formations to get to grips with which also includes an option to pick a striker-less tactic, again something that has been missing for far too long. Pre match fitness tests is a new feature which allows your staff to tell you who you probably shouldn’t play because their unfit, obviously you can tell them that you’re the manager so their opinion means squat! Even something minor like including an intensive language course for a new foreign signing is included, a small but clever feature. For many seasons people have been using the in-game editor to create their own players, you can now do it in Football Manager 2016. There are many more smaller new features to come across, once you start using them you’ll wonder what you did before injury releases clauses could be added to contracts (wonder if Jack Wilshire is reading this). All these improvements help Football Manager 2016 become a deeper and more gratifying experience. Although the sheer number of stats and options will put many off luckily there is a slimmed down version where a lot of the behind the scenes dealings are left to someone else and you can just concentrate on buying the right players and getting good results.

There’s only a few minor complaints with Football Manager 2016. The media interactions whilst initially fun and involving can become quite tedious. You’ll have players who’ll complain about not being played even though their the 3rd choice 18-year-old goalkeeper and you’re top of the league. You can speak to players calmly, assertive, passionately, aggressively etc but it’s not clear how that is delivered, how they differ and what effects they have. If you’re a passionate manager you can still talk in the differing ways but there doesn’t appear to be anyway to gauge it. You’ll lose a game you were not the favourites, for example a cup game against a team in the division above and the fans will kick off. I managed a Conference team and were given favourite odds against a team who were lying 2 divisions above me, even the media statements stated we were likely to win, I’d like a little bit more of reality please. 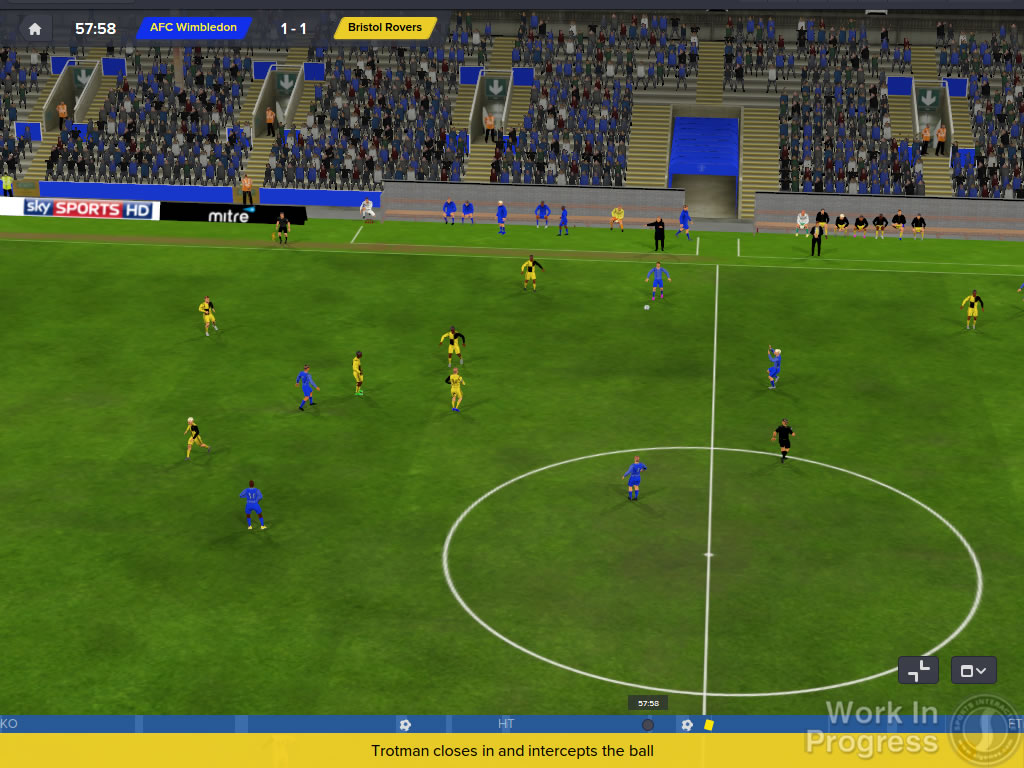 I think Football Manager 2016 has gone as far as it can from the stats side of things. It’s time the Football Manager series concentrated more on the social aspect of football and what happens outside of football. If your player puts something silly up on Twitter then you should be able to intervene, if it’s Christmas time then I want to see Christmas decorations, if one of your staff runs onto the pitch to treat an injured player and you don’t want them to then you should be able to do something about it. I want to see what players have said in the football programes we sell at the stadiums. If one of my players is getting married I want to be invited and give a speech. I want to share a bottle of wine with the opposition manager after a game and I want to respond to the repercussions of a club end of season party. If one of your strikers lets off fireworks in their bathroom before a big game i want to say something, if one of the opposition squares up to me I want to be able to do something. All these things happen within football and now it’s time for Sports Interactive to start implementing the social side of football.

Football Manager 2016 is a great game, that’s got even bigger this year and if you were addicted to it before then most of your Christmas will be spent playing this on the sly whilst you play happy families. Just like Messi or Ronaldo it’s at the top of its genre and continues to grow with additional stats but maybe all those stats can feel a little soulless at times. Is it worth releasing your Football Manager 2015 and transfer in Football Manager 2016, yes it most certainly is. Prepare to lose many hours to the footballing phenom that is Football Manager 2016!