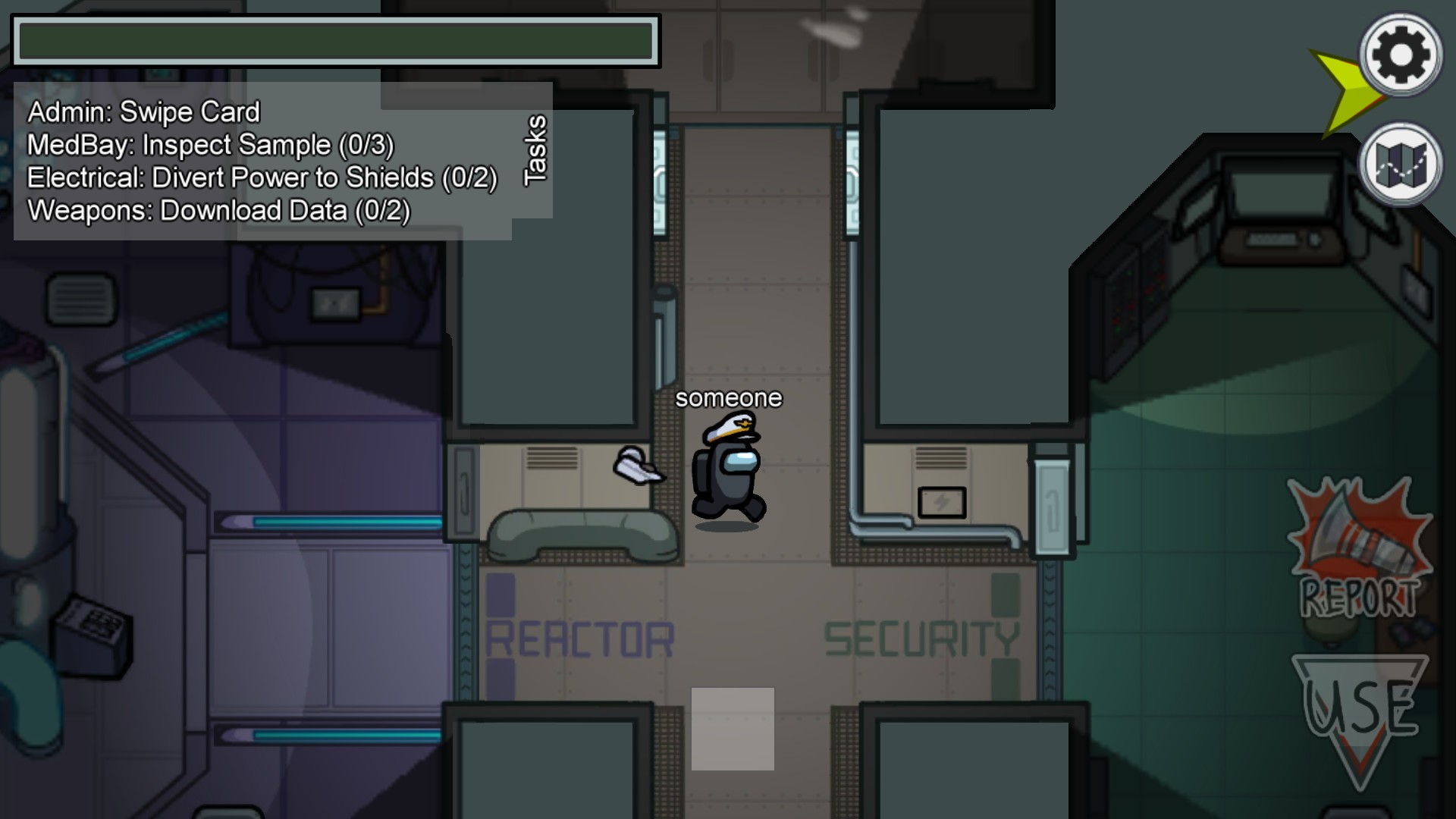 I have close to ten other games that I’m currently reviewing. I have some visual novels that’ll make your brain explode. I have some action platformers that I’ve been dying to play for months. I even have a shiny new copy of Mario 3D All-Stars that I grabbed off Amazon that I’m excited to finally crack open and visit, because my memories of Super Mario Sunshine are pretty faded. Yet those games have all been relegated to the back burner. I’ve been focused on my PC and on my phone almost every gaming minute I have available on something else. Like millions (exaggeration?) of other players, I’ve been dragged aboard the spaceship by Innersloth, and I’ve been trying to figure out the best way to survive. With no preamble, I’ve become a part of Among Us.

If you’ve not been privy to the phenomenon of this online multiplayer game, let me break it down for you. You’re one of ten (usually) space people aboard a ship deep in the depths of space, and there is an Imposter aboard the ship. There might only be one, there may be as many as three, and the Imposters have only one job: murder everyone else. Now, we can’t have a game where everyone just sits around pointing fingers and waiting to see who’ll pull a knife first, so we introduce a series of complications. If you’re just a regular crew member, you need to perform specific tasks around the ship: repair electrical wires, get fuel to the reactors, empty the trash, etc. If you’re an Imposter, you need to carefully, cunningly stalk your prey of the others through a series of vents and planned traps aboard the ship. Cut the power, let people come running to repair it, and murder the straggler in the darkness. Pop up through the vents, chase down someone and knife them before disappearing back into said vents. When a dead body is discovered, sound the alarm and gather all together. Even if there’s not a dead body – someone is acting a little strangely, sound the alarm anyway and gather together in the main salon. It’s time to vote. Who is the Imposter? Who needs to be jetted out of the ship? There can only be one winning side: good luck to wherever you align.

Now, if you’ve been to a sleepover, game night or anything to this effect, Among Us might sound mighty familiar. It copies common ideas from games like Mafia, Werewolf or whatever other game you might know where someone is murdering the others. In that regard, the game is far from original and brand new and shiny. Hell, if you just like yelling at your friends, you could make a pen and paper Among Us without a second thought, and then you can save five bucks on the PC version and just accuse each other in real time around the kitchen table while mum makes Totinos. This isn’t even the first time that a video game has attempted to make this idea into a digital format, and some certainly look better than Among Us. No offence to anyone, but the graphics are (purposely, I imagine) a bit wiggly and rough, probably to help give it that cartoonish appeal. 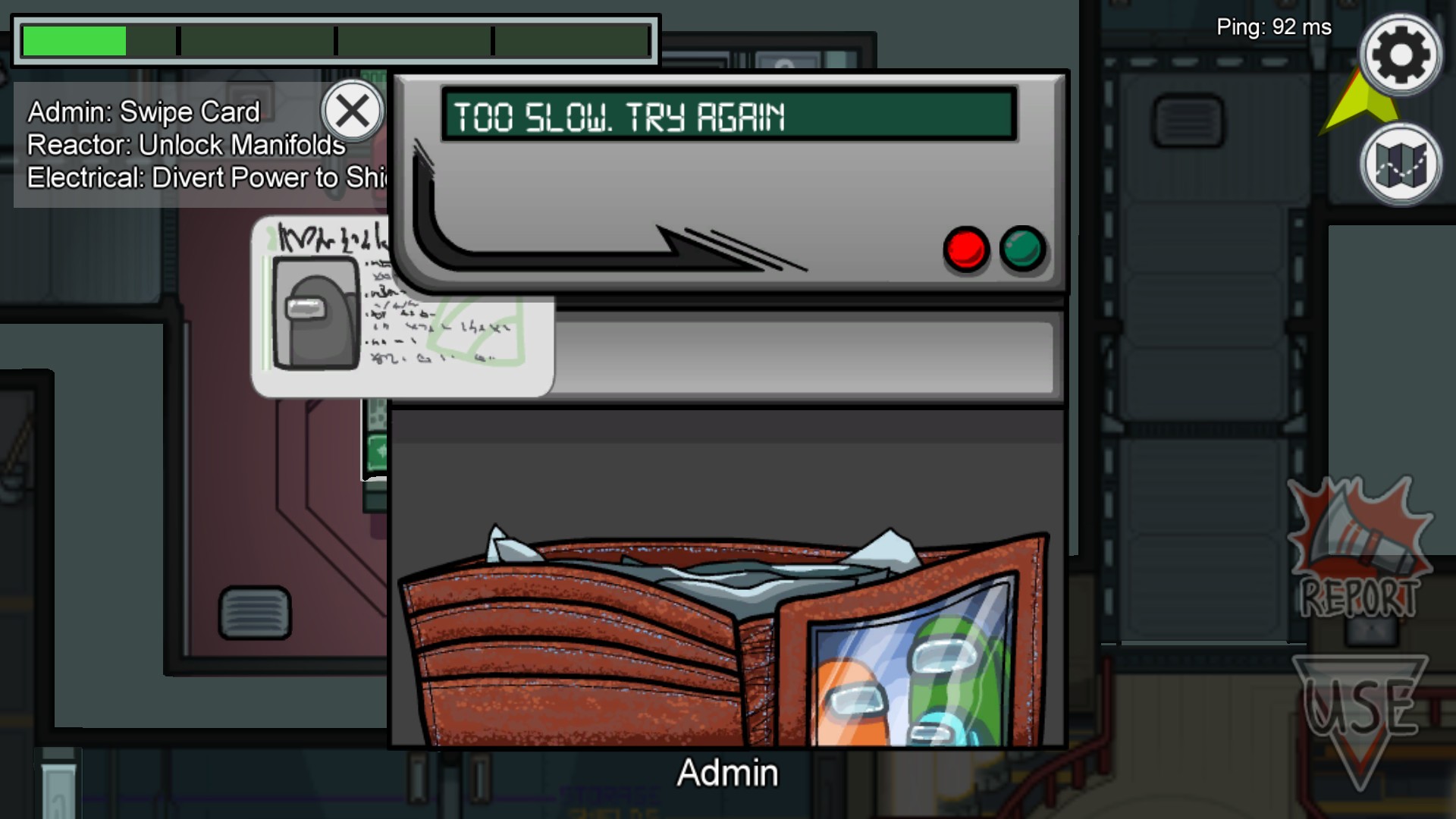 That, right there, is the first big pull for Among Us. This could be a super scary and a very dramatic game that makes things look ugly and visceral and you could find a dead body with entrails everywhere and be like OH NO and then it turns into Dead Space. Instead, your little colourful astronaut jogs along at a silly, jaunty pace, and you find a bisected astronaut with a big bone in the middle like he’s a goddamn piece of meat from Monster Hunter, and now there’s a flash of hilarious panic. There’s nothing like moving around and realizing that there’s a dead body, a very alive astronaut, and now you have a limited time to get to the control panel and call a meeting before the Imposter’s cooldown wears off and he gets to kill you next. The animations when you get killed or someone gets killed is something out of Itchy and Scratchy. It’s got that same silly kind of tension you have from playing games like Hello Neighbor, but without getting whiplash from the manic camera.

Additionally, the game is stupidly easy to figure out. Among Us lets you walk around, and giant arrows on the map (which can be toggled open or shut) will tell you where your objectives are next. If you’re a normal Crewmate, getting to those points and activating them by doing space chores is the best way to win, hopefully outwitting the Imposter by doing menial work until the whole ordeal is finished. If you’re an Imposter, doing sabotage tasks makes it more possible to isolate and execute other Crew Members, and there’s always a chance to win through a straight malfunction. Yes, technically everyone is dead if the reactor melts down, but the important part is that the others didn’t win. Just walk around (by clicking and holding the mouse or using the keyboard or the touchscreen), hit the giant button that appears when you can do something (Activate/Sabotage/Murder) and go from there. Literally, my kids figured it out in a few seconds, and the game is undemanding enough that it’ll run on the older Amazon tablets, so you can make a private room and just have in-home fun with some terrific cross platform support.

That is something that I’m positively floored by: the support of this game. If you buy Among Us on the PC, you get the bonuses of having a larger screen and no ads. If you get it on the phone or tablet, it’s free with the option to buy the ads off (ads only pop up between games) and then to purchase cosmetic changes, which people have been doing a lot. You can have a mini spaceman follow you around, unlock several hats that are only available with cash, and other such nonsense. It’s pretty freaking sweet, but remember that mobile gaming often harvests additional information and such, so keep that in mind if that’s of concern. Having said that, the fact that you can have someone on a massive PC rig across the world play against someone with a busted 2015 Amazon Fire and they’re having almost the same experience is bonkers, and I love it. 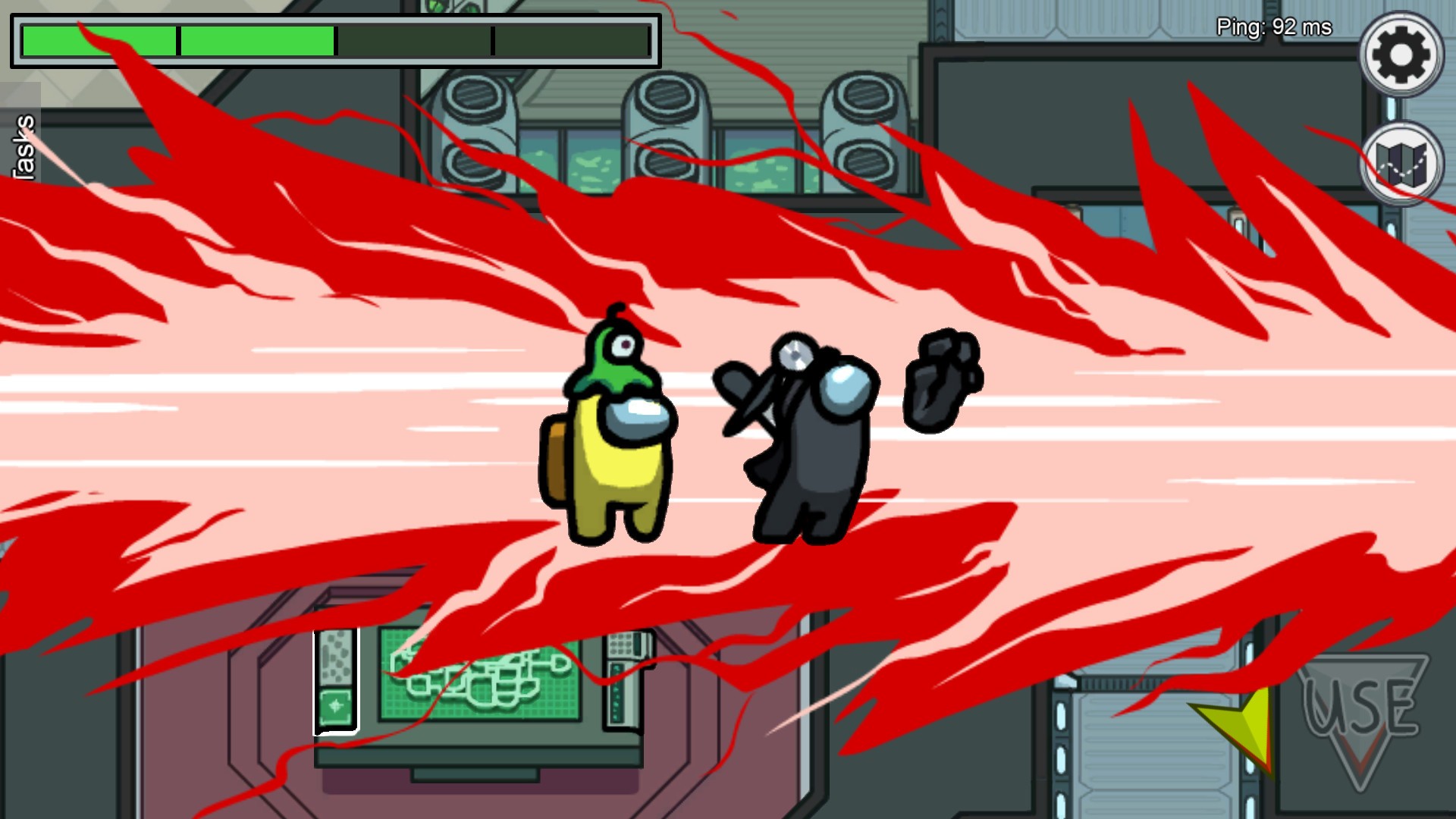 Naturally, this entire game boils down to what you do in the social aspect, and here Among Us can falter, but it’s the same as many other games in terms of influence. For example, if you decide to stick to the European or North American servers, you’ll get a lot of English speakers, all having different play styles, and with a lot of accusations being hurled around in the chat which only pops up during emergency meetings (Asian servers also have the same dynamic, but you’ll also get a lot of Tagalog). Here, it becomes critical to forge alliances and ideas about who you saw doing what, and if you believe them. The slang “sus” for “suspicious” is thrown with reckless endangerment, and it becomes imperative to have people on your side. There was one game where someone accused me of being an Imposter because “I was just walking around strangely.” This was hogwash, because I was literally checking my maps to see how to move around, and my phone was being janky. Now, I was the Imposter, and I was looking for people to kill, but I was still hurt by the accusations. You need to be ready to defend yourself in familiar shorthand as fast as possible, because everyone can gang up on the one quiet person quite fast.

Among Us is silly fun, but I felt like it’s more fun to be an Imposter. Being able to nonchalantly walk around, hide in the vents, murder people and then disappear is just a great time, and there are folks who’ll quit if they don’t get to be Imposters, which is disappointing. Like, we all get the hats we’re handed, just wear yours and make the game great. You can finish a round of Among Us in about ten minutes if it’s handled properly, and it can be far less if someone quits or if the game arbitrarily crashes. The PC version is quite stable, but the Android version is very much a device-by-device situation. To be honest, most of my early exit games were bitter players. So be aware that, with a very low entry price point and a free price point on the mobile, you’ll get a mixed bag. If you don’t enjoy chatting, the game can be boring when it comes time to vote, and the main activities can grow stale if you’re at it alone. But it’s still a joy that I haven’t experienced in an online game in some time, and the reaction from the world at large finally getting on board and playing this thing in droves speaks to the appeal.

Innersloth has already announced a second game in the pipelines, with a special bonus for players who own the original. Sequel or not, Among Us is a flash of lightning in the gaming atmosphere currently, and players might do well to bask in the light of this incredible, incredulous title for as long as it’s active. Finding a game takes mere seconds, the rooms fill up rapidly and you can always host your own to see what the cat drags in. Don’t pass this opportunity up while its live: this is truly a marvel among us.

Players who are unable to give this online social murder mystery a fair shake are definitely sus.