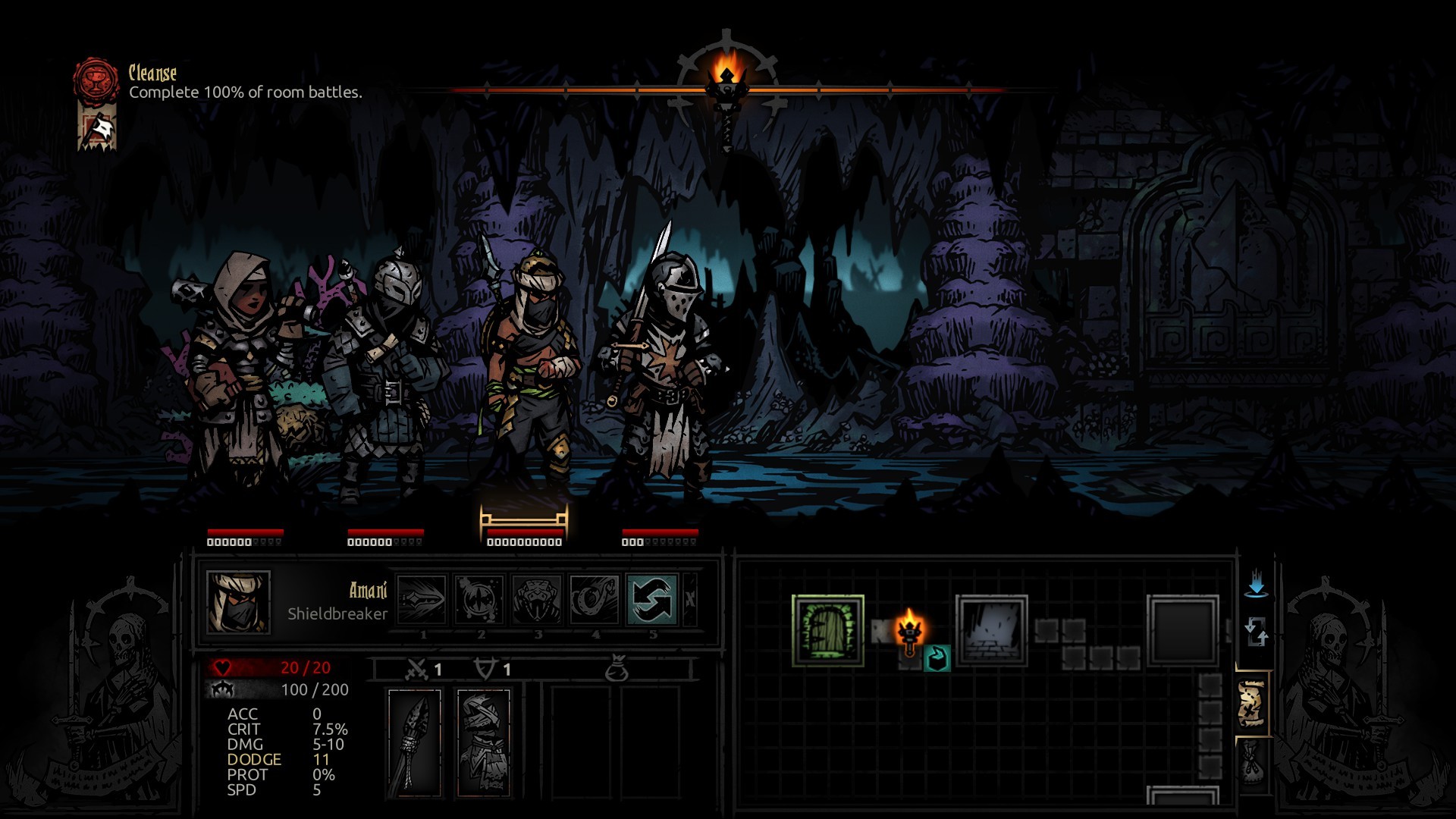 It’s been quite a while since I’ve last played Darkest Dungeon, and although a sequel has already announced, the game has just recently received a free update which introduces The Butcher’s Circus, which is a PVP mode where players put their parties up against each other in a fight until the death. With that said, that’s not why I’m here. We’re here because I finally got my hands on The Shieldbreaker DLC. If you want to read more about the base game or the Crimson Court DLC you can check these reviews: Darkest Dungeon ; Crimson Court.

If you’re already playing through the game when you acquire the DLC, you can choose to enable the DLC right away or later, and the same thing happens whenever you start a new game. However, once the DLC is activated you can’t deactivate it, the only way to play without it would be to start over.

The Shieldbreaker is the game’s second paid DLC, and the biggest addition that it brings to the game is a new hero class, the Shieldbreaker. Besides that, new trinkets are also introduced, as well as a new consumable item that lets you block any attack, as well as three new enemies that come to the forefront through a new random encounter while camping. 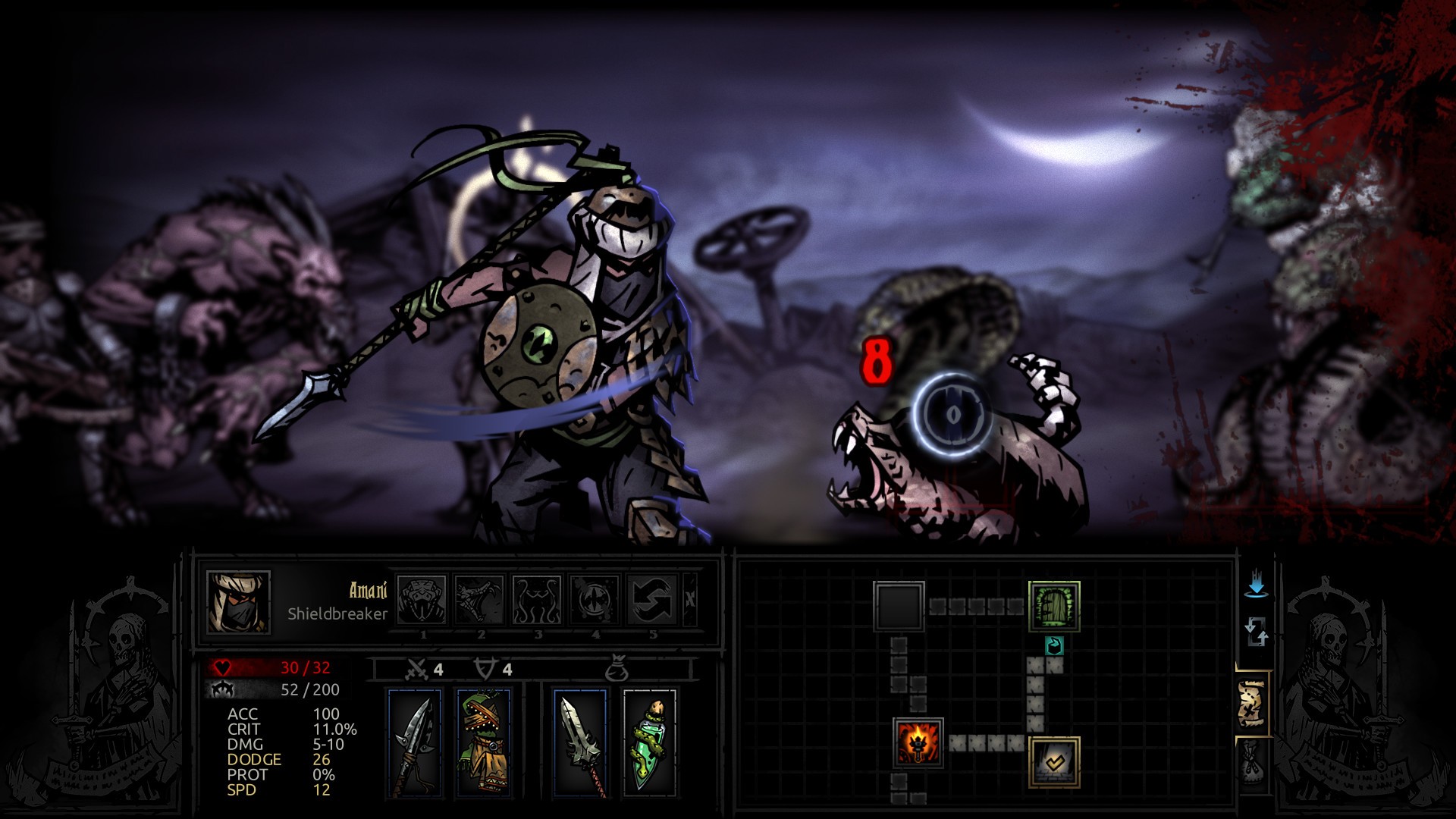 So, what exactly does this Shieldbreaker bring to the table? Well, her name does provide some hint as to what her abilities are. Her skills make her great for dealing with enemies with a lot of protection since her abilities allow her to bypass enemy guard status effects, but you have to be mindful of her positioning. In a way, she can feel like a glass cannon since she can definitely deal with enemies pretty effectively, and although she’s has a rather low health pool, her mobility and dodge can compensate that. Besides the guard break, The Shieldbreaker also brings armour piercing and stealth mechanics into play, which let you completely bypass enemy protection and avoid getting targeted by enemies respectively.

Now, one of the other biggest additions that Shieldbreaker brings along is the introduction of a new event during camping, which has a 50% chance of occurring if you have a Shieldbreaker in your party. During this event, she (as well as other party members, will experience a series of vivid nightmares where you’ll have to fight the three new enemies, these huge snakes that have come to torment the Shieldbreaker. Furthermore, this event also triggers a pretty bad Horror debuff on the Shieldbreaker where she gains 20 Stress points every round for 6 consecutive rounds. What makes this even more interesting, is that players have a limited amount of turns to win the fight, otherwise the snakes will retreat and the Shieldbreaker will be left at Death’s Door. This event serves as a way to introduce the Shieldbreaker, and it will only trigger until you gather all the 7 journal entries, as after that the event will no longer happen and the snakes will instead be able to spawn during random missions. 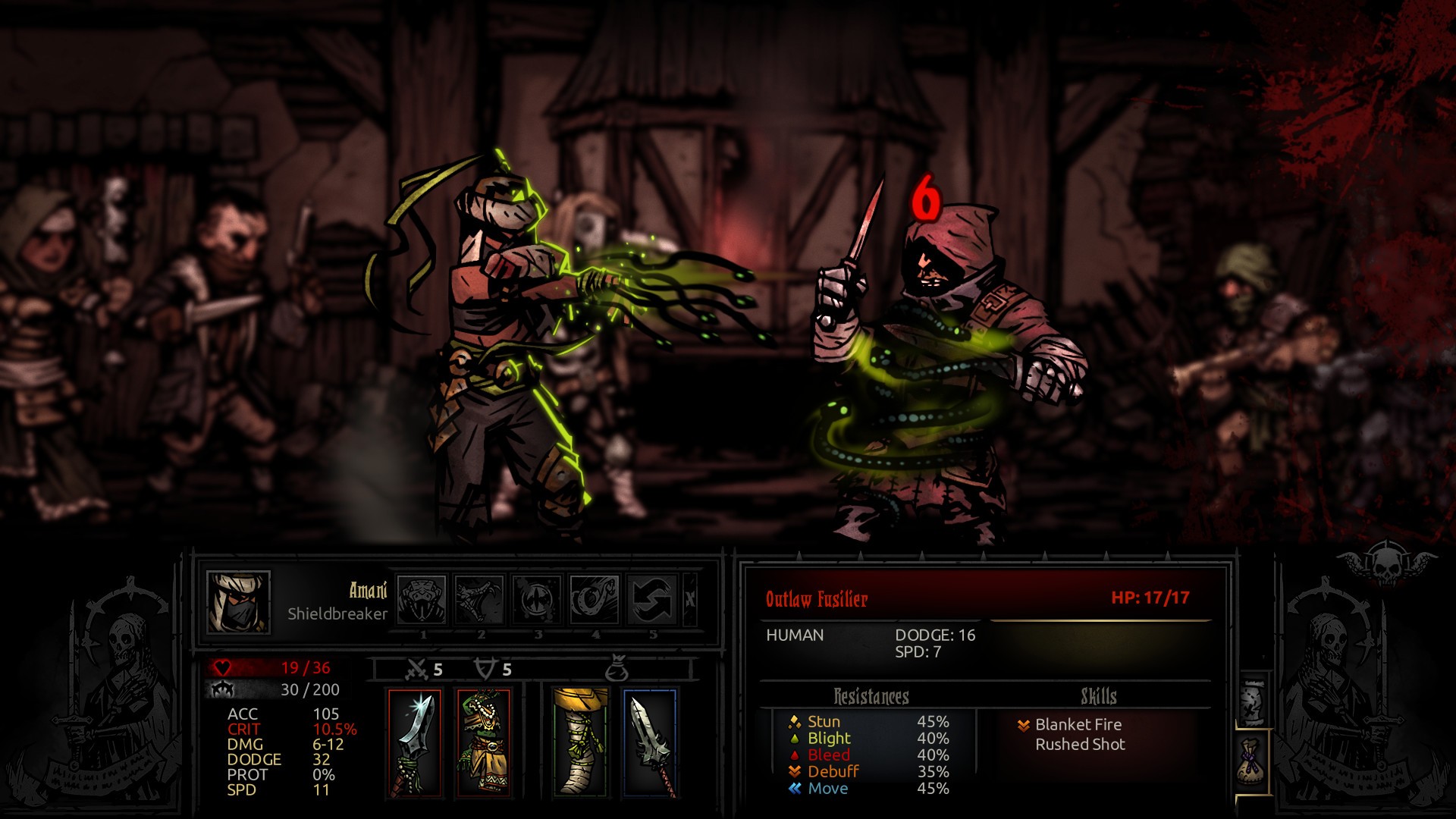 If the player isn’t prepared to deal with these encounters, I’m pretty sure that they’ll have a rough time, but, with that said, this DLC certainly is something tailored more towards veteran players. The Shieldbreaker is certainly not a character that will fit everyone’s playstyle, but since she can synergize pretty well with some characters, such as the Crusader, I’m sure that a lot of people can find the right spot for her in their preferred parties. The Shieldbreaker is certainly not one of those DLCs which are a “must-own”, and while it might not better the overall experience it certainly complements it. The Shieldbreaker might not offer a lot of content, but it is pretty cheap, and if you want to add some more extra variety to the base game, this would be a great option.

The Shieldbreaker might not offer a lot of content, but it is pretty cheap, and if you want to add some more extra variety to the base game, this would be a great option.