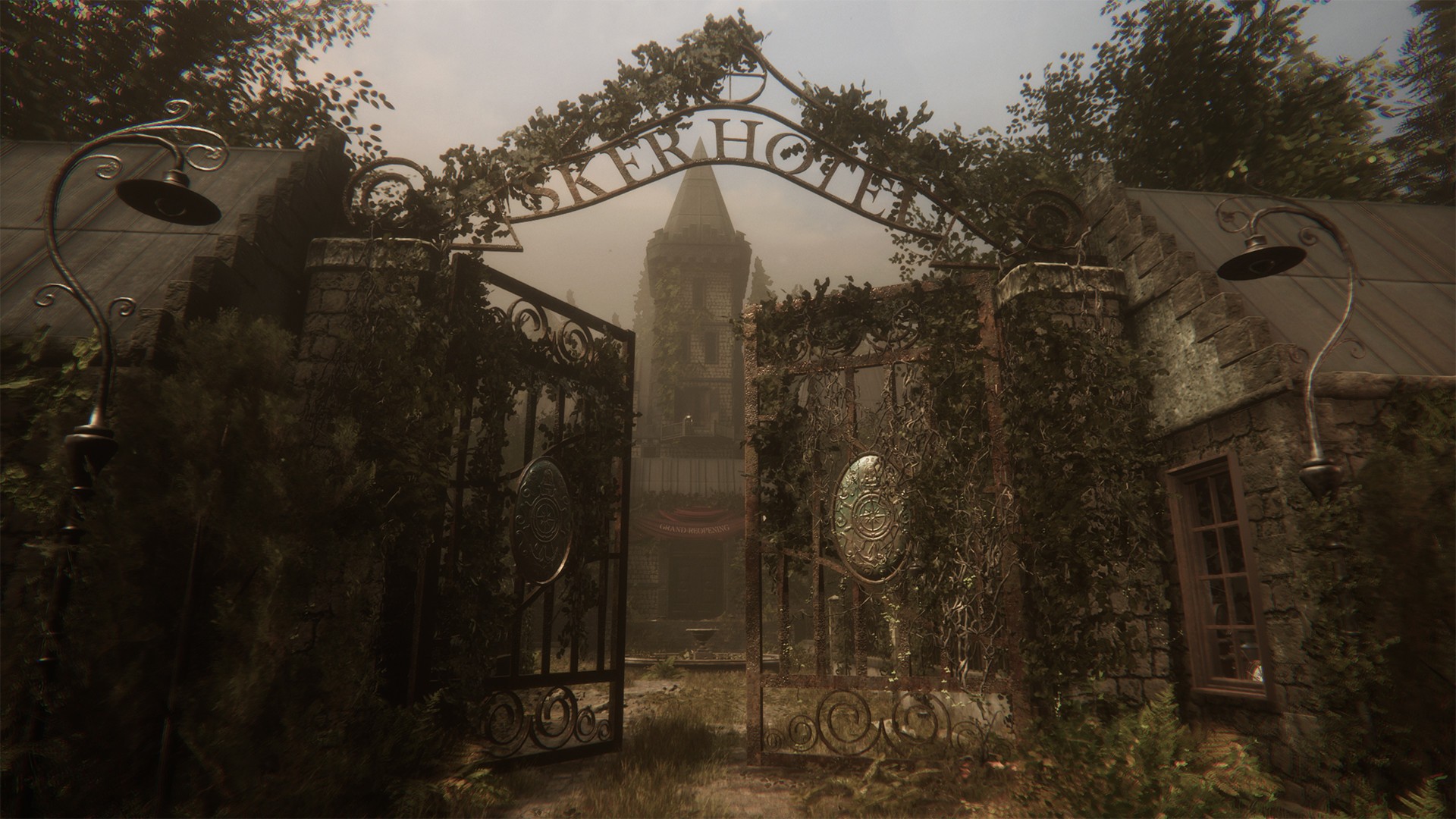 As horror games go, this generation has been a little lacklustre for them. Sure, we have had the excellent remakes of Resident Evil 2 and 3 and even other titles amongst that series. There have been a few other stabs in the horror genre such as The Evil Within and the Outlast games and whilst they are decent titles to play through I’m always left wanting more horror. I was a little excited when I heard there was a new horror game on the way and even more so when I noticed Wales Interactive were developing it. Wales Interactive is a studio that appears to be innovative. A lot of their titles are interactive games with several outcomes so I was intrigued to see if this was a similar story. Maid Of Sker is available across PC, Xbox One and Playstation 4 and retails at a very reasonable price for a game of this calibre. Whilst I am playing the game on Xbox One X it can run at 4k uncapped on PC with 1080p 60fps minimum with enhancements for the Playstation Pro and the One X.

Maid Of Sker is a first-person survival horror game which is set in a remote hotel with a gory and macabre history of British folklore. Whilst you are armed with only a defensive sound device, you’ll utilise this by using stealth titles to avoid death amongst a cult of sound-based enemies. Set in 1898 and inspired by the Welsh tale of Elisabeth Williams, this is a story of a family empire driven by torture, slavery, piracy and a supernatural history which suffocates the grounds of the hotel. Reading the description of the game before even playing excited me as I know the team at Wales Interactive would have this title close to their heart and will have pumped their passion into its Welsh heritage.

What you’ll notice straight off the bat if you have played all previous games from Wales Interactive like I have is how different this is. Most of the recent games from Wales Interactive have been almost feature movies, with real life actors and based on you deciding to depict the outcome of the next move. Instead, Maid Of Sker detracts from this method of working and plays out like any other typical first person horror title. The game sets you off outside of the hotel and you proceed towards the hotel grounds. 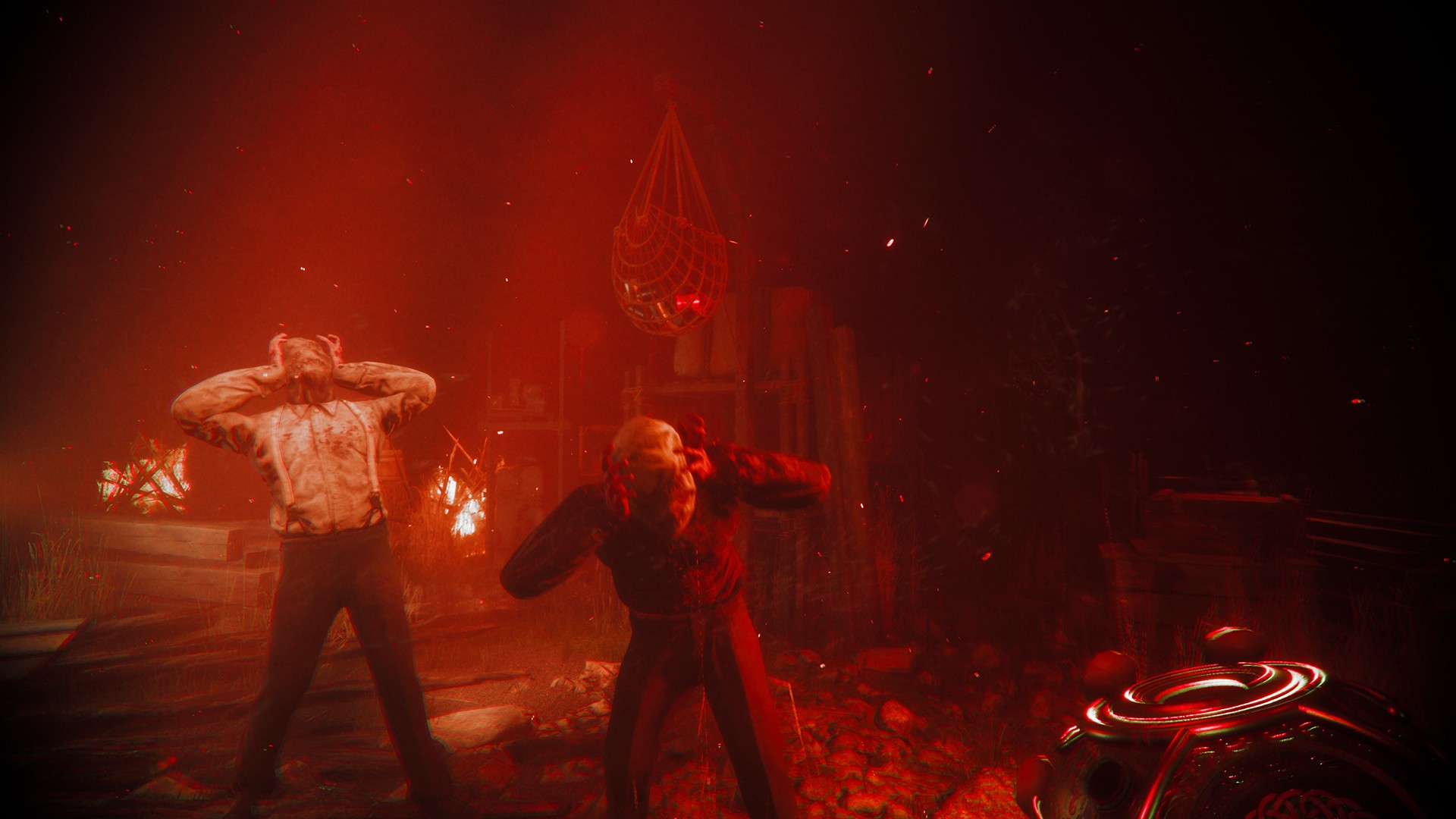 You play as a character known as Thomas and the reason you have come to the hotel to attempt to find out what happened to your partner Elisabeth. It all felt very eerie to me from the word go as you roam around the grounds outside and enter the hotel for the very first time. Not sure if the added effects of me having the lights turned off at 2am in the morning added to the experience, but I would certainly recommend doing so if you want the extra on edge feeling. The moment you enter the hotel there is a mysterious vibe to it and just the atmosphere grabs you straight away into a bad sense of something not right occurring here. There are telephones scattered around the house and upon picking these up you’ll be spoken to by Elizabeth, who warns you that bad things are happening amongst the family and to have your wits about you, basically. Elizabeth is locked in the attic for some reason unknown at this point, although it references that her father kept her locked in an upstairs room which I guess is the attic?

There is a lot of stealth involved with Maid Of Sker and you’ll want to use it as much as possible not to alert the enemy which is mainly people with sacks over their heads. There are a few tools you can use to dodge or fight the enemy. The main tool is a sonic device which can be used to drain their power and escape, but this gadget is very limited usage and you should try to use it scarcely. There is also an option to hold your breath briefly, I enjoyed using this when sneaking past these dodgy looking people. Whilst Maid Of Sker isn’t on the same level of production of the Resident Evil games I felt the look and feel of the hotel was visually pleasing and had that classic horror grainy and gritty feel to it which really added to the tone of what is going on around you. 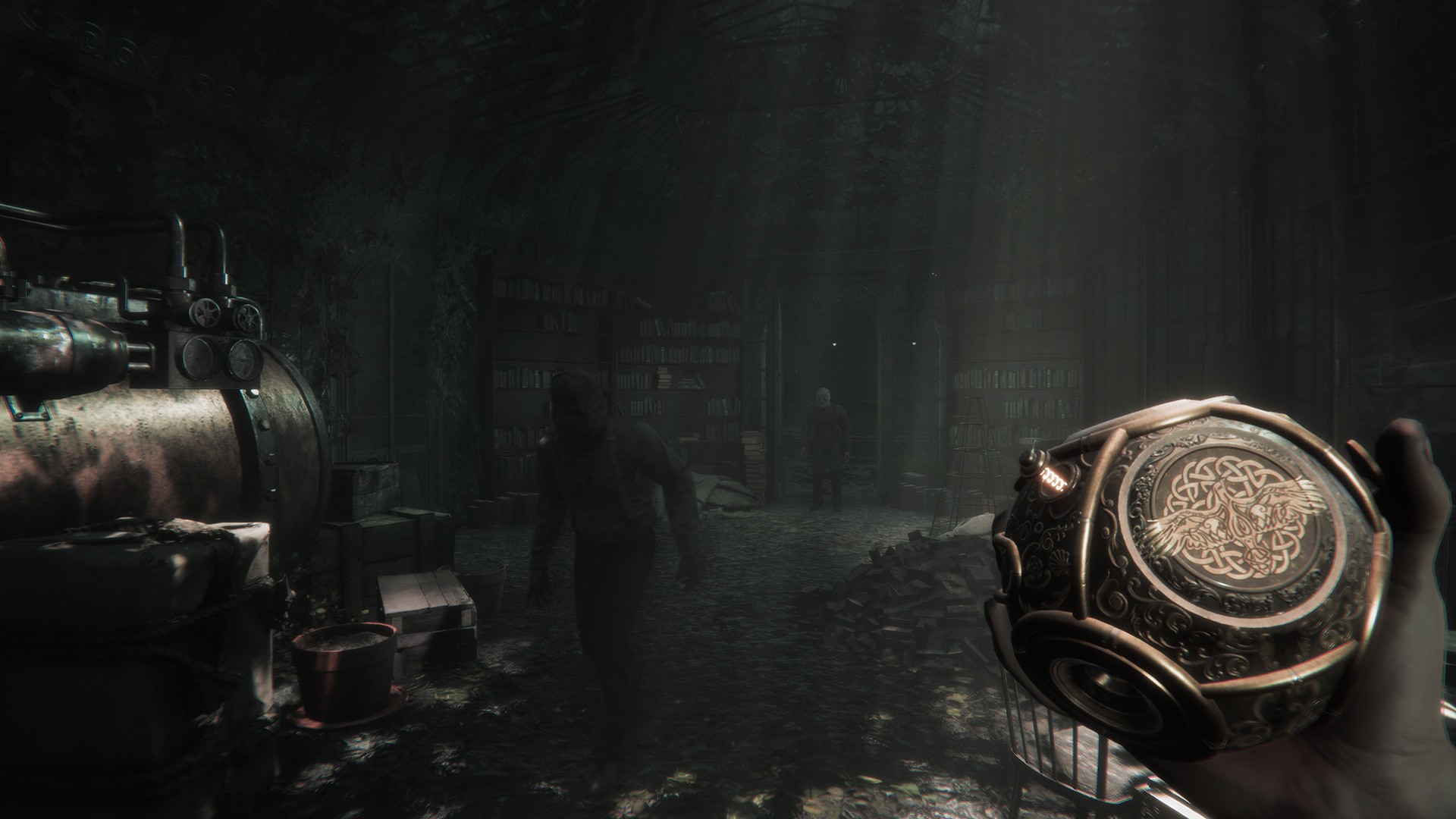 You’ll be given instructions over the telephone calls you take on what to do and where to aim for, but it’s getting to those goals that is the challenge. I don’t think I have played a horror title which is so unique in terms of stealthily creeping around trying not to make a single sound, holding your breath at key moments so you don’t alert anyone. You get a slight sense when someone is close by, and it really made me jump when I was first detected and smacked across the chops by a heavy handed sack-headed brute. You’ll come across some dusty and smoky areas, especially in the basement where you must hold breath for sure to avoid coughing. You’ll feel your own heart beat a bit faster when you realise they are only a whisker away from you, one little cough and you’ll have a broken nose in no time. You’ll notice quite quickly though that you don’t have to wait around too long and will learn to negotiate with the enemy and move through the hotel at speed.

I genuinely enjoyed making my way through the hotel and exploring it, finding a locked door and wondering where I could find the key to see what is on the other side of it. Typical horror game move, but in Maid Of Sker it added to the experience rather than being a chore to progress to another area of the map for instance. You’ll be able to save your game in safe rooms dotted around the hotel and there appeared to be one or two on each floor of the four storey building. I liked the fact there were several opportunities to save the game as with a lot of horror games saving the game could be a real headache and a stumbling block.

The music and sound effects were a big tick for Maid Of Sker, the music really felt eerie and this often made me jump more than the enemy themselves. You can really tell some deep thought had gone into this area of the game and it pays off dividends.

Overall Maid Of Sker was a solid entry to the horror genre, and I loved uncovering the story and secrets of the hotel. The puzzle solving and location of secret rooms and finding the keys for them, sometimes the sack-headed people were a bugbear and more of a minor inconvenience to get to where I wanted to be and after a few times of dodging out of the way of them this area of the game felt a little repetitive. Part of me wanted to whip out a desert eagle and shoot them clean in the head. For what it is, Maid Of Sker does a fantastic job of its presentation of the hotel, telling the story within its Welsh world and frightening the crap out of you with its excellent sound effects. Thomas doesn’t appear to speak and only seems to cough, but that doesn’t matter as Elizabeth will guide you to the endgame. For an entry out of the FMV scene, Wales Interactive has done a sterling job on this solid horror title. Bravo! If you like horror games, then it is worth a play through for sure.

Maid Of Sker is a brand new entry to the horror genre, will you uncover the mystery of what lies within the hotel? Will you gain access to the attic where Elizabeth is hidden? Stay still and stay quiet in this unique scarefest!