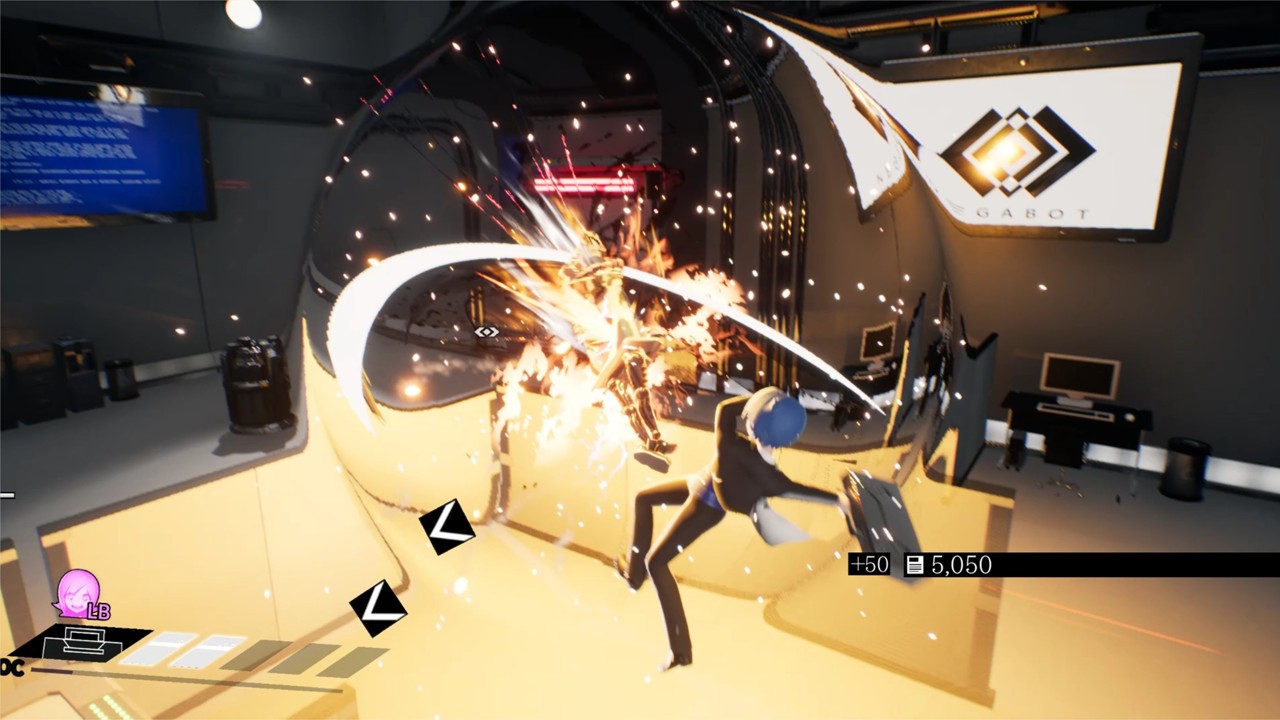 Assault Spy is an anime hack and slash game developed and published by Wazen and NIS America. Assault Spy was released for PC on October 2nd 2018, and received mostly positive reviews. NIS America is known for publishing games from the Disgaea and the Trails of Cold Steel franchise!

The story begins with you taking the role of Asaru Vito, a member of an underground spy agency. The prologue also introduces you to the silly sidekick Kanako Yotsuba who also works at the same spy agency as Asaru. They were tasked to gather information until the alarm got triggered. It is here we get introduced to Asaru’s rival, Kazama who is a stereotypical narcissist who boasts highly of himself. Kazama then sabotaged the mission for Asaru. You will also be learning the basics such as how to run and attack your foes. The main story starts after the prologue, which is about the Negabot Corporation. The main antagonist, Mr. Showtime has taken over Negabot and it is up to Asaru and Kanako to stop him. You will meet allies along the way that will help you on the mission. 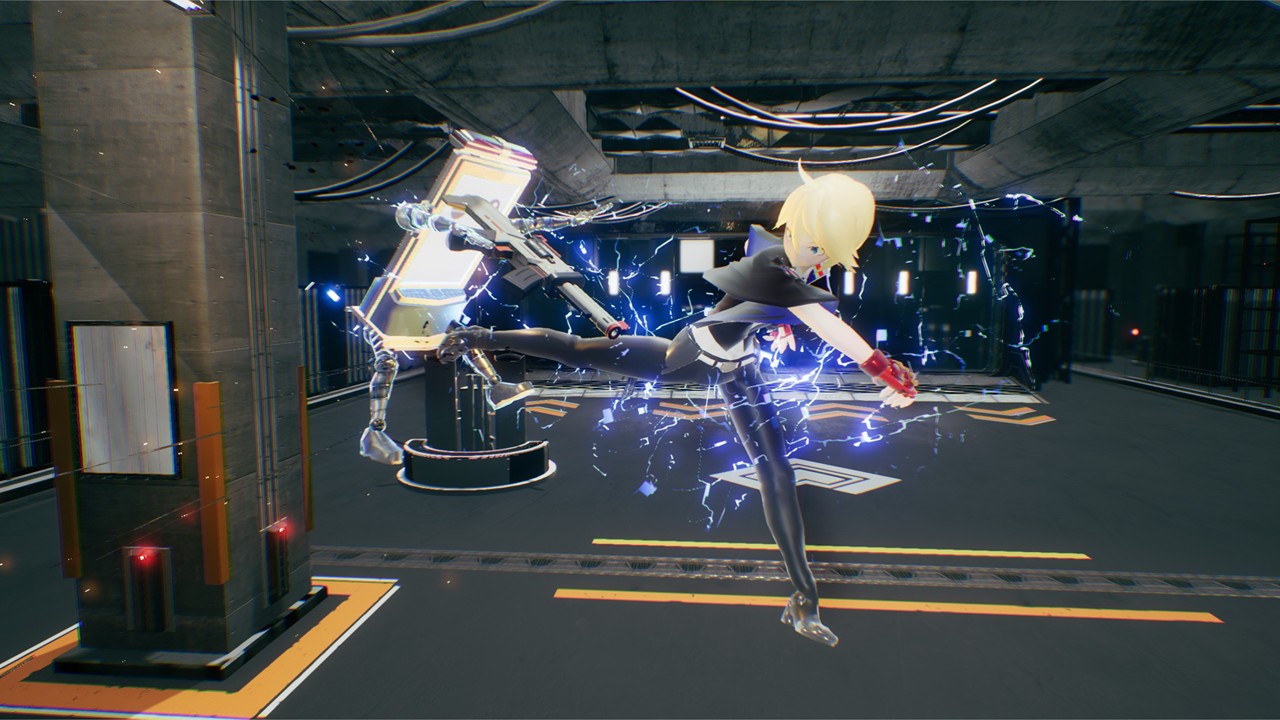 There are two game modes in Assault Spy, the Story and Dojo mode. The majority of all the action will be happening in the Story mode! If you need a break or lack the skill you need to progress, the Dojo mode is perfect! It is there you can practice new combos against a foe. The gameplay is pretty much a classic hack and slash with spy elements. You use spy gadgets such as a briefcase and an umbrella. The combat is really satisfying even though you will enjoy it more if you have unlocked all the abilities. The combo system feels satisfying and rewarding! Seeing your grade go up as you whack enemies in a hack and slash is really hard to top! I love that Assault Spy has a large variation of bosses that will be thrown at you throughout the story! It is a good way to prove your skills and put your newly unlocked abilities to the test! The difficulty should be put to “Easy” by standard! It is the perfect difficulty for beginners as you try to learn the basics of the game.

I have mixed feelings about the graphics of Assault Spy. The character art style for the dialogues looks amazing! The 3D models are less impressive. It’s a shame since I find the characters to be really awesome! Other than that I think that the colour scheme really sets the atmosphere well. I also really like the flashy effects in the battles since it makes the combat more satisfying. Unfortunately, the soundtrack felt really dull. There wasn’t anything about it that really sticks out. The only praise I can give is to the song “Override The System” which is the main theme song of Assault Spy. The voice acting is good but it sounds slightly different when the game jumps between the 2D and 3D dialogues. One sounds more muffled than the other so to say! 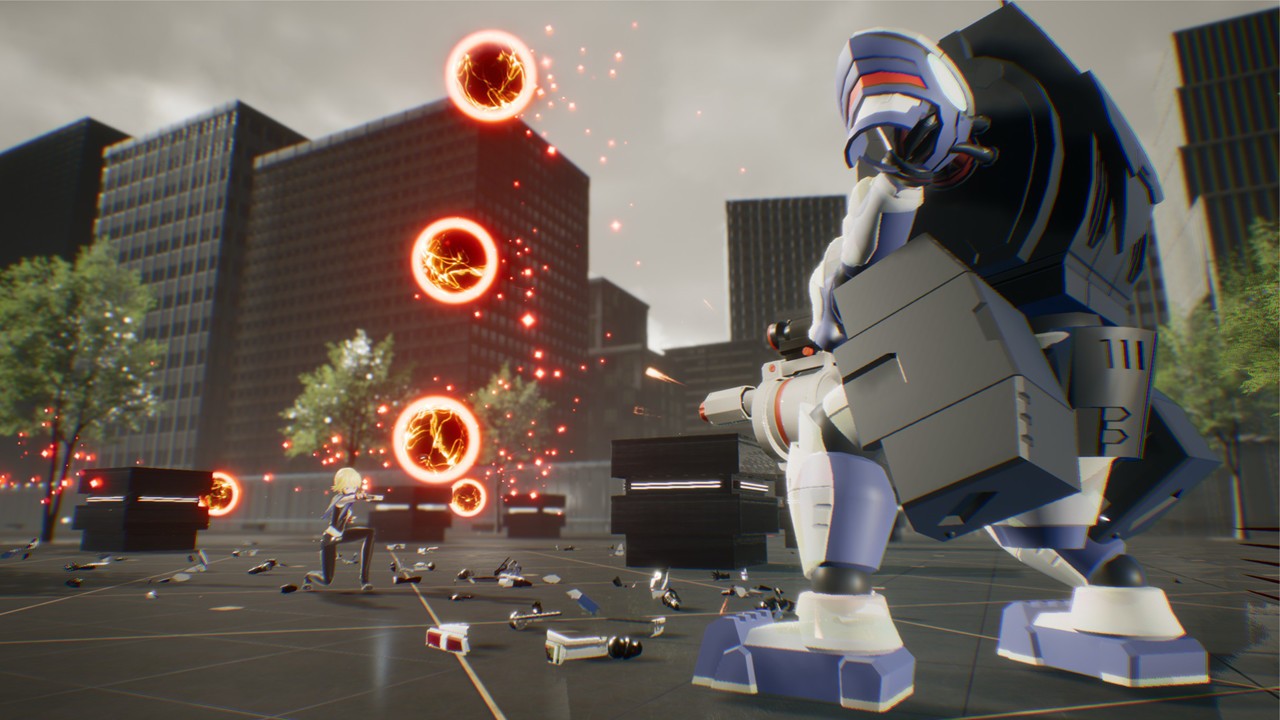 I played Assault Spy with mouse and keyboard since setting up a controller for the game didn’t work well on my end. It works fine with mouse and keyboard but it does feel like it needs to be more polished since the movement feels delayed and a bit off. What surprised me the most is how well Assault Spy could be played in combat. You would expect a lot of combos and many moves to remember but that isn’t the case with Assault Spy! Since Assault Spy has a limited amount of combos that can be used, the game rewards you for using the combos you’ve learned consistently. You don’t need to be good at hack and slash games to start playing! The game will teach you how to play and you will learn more as you progress throughout the story!

The only reason I see to replay Assault Spy is to gather the collectibles and achievements that you’ve missed along the way! I don’t think Assault Spy is a game I will play again in the near future. I find it a bit repetitive in most sections of the game.