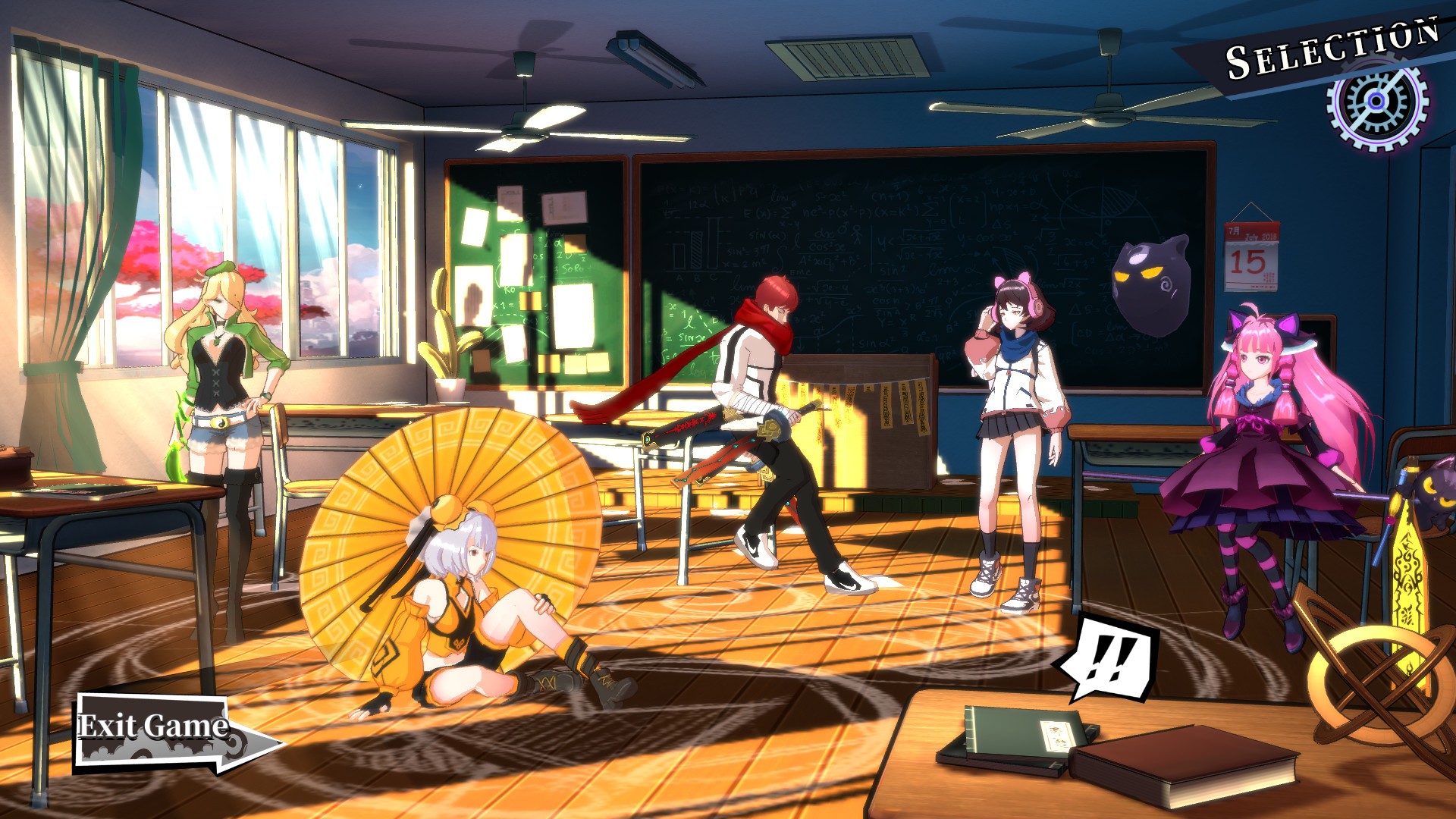 Zengeon is a top-down point and click action roguelike developed and published by IndieLeague Studio and 2P Games. Have you ever been wondering what you get if you mixed together anime, Diablo and The Binding of Isaac? Zengeon of course! It is nice to see another approach to anime games nowadays! There is rarely any point and click ones out there!

Zengeon takes place after the event known as the Lunar Eclipse. During the Lunar Eclipse, a seal in the Blessed Land got destroyed, which resulted in an attack by the Dark Emptiness. It is up to you to restore peace to the land and stop the invasion. You follow the story through the eyes of 5 students who have taken the role of guardians. Nonetheless, an interesting plot but poorly executed. It almost seems a bit cliché. The English also seems off at some parts of the game. I don’t recommend picking up Zengeon for the story, but for the gameplay. 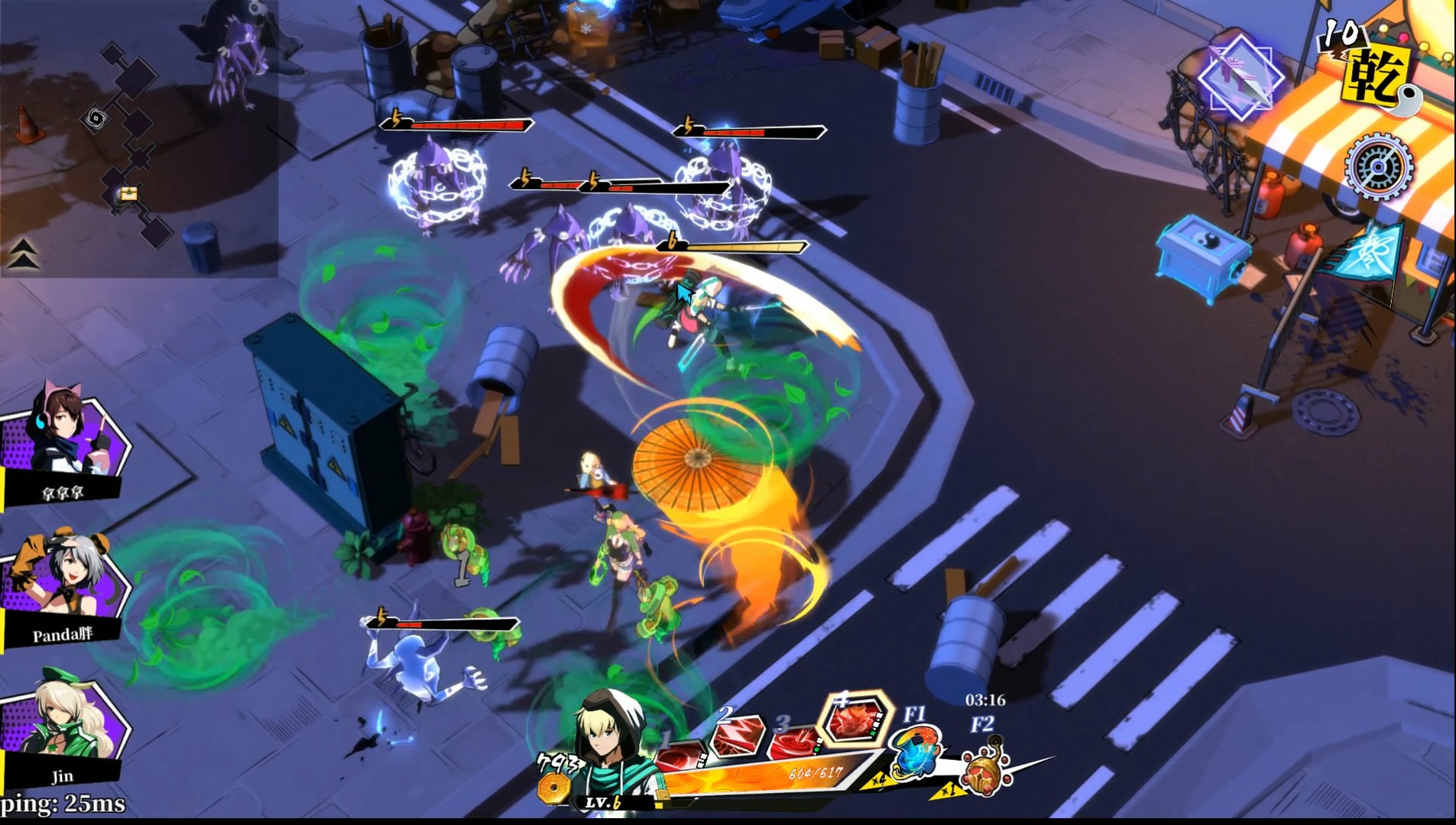 There really isn’t a lot to say when it comes to the game modes. There is a story mode for each one of the characters as well as a mode where you defend and stand your ground. The defend mode not being unlocked at first requires you to make progress in the story. The story consists of completing a section of a dungeon and teleport to the next dungeon. The only thing that stands in your way are the demons that inherit different abilities. Each playable character has different abilities that require recharge after being used. You will at least find one character that suits your playstyle! The majority of all the gameplay will be you running through a dungeon and slaughter your way through the demons. As you progress, you will notice altars which is where you will be able to choose from two different artifacts that will give you an advantage in stats. Boss fights are fun but I really wish that there are more variations of bosses.

The graphics of Zengeon can be comparable to another anime game known as SoulWorker. The character models are 3D with a cartoonish style. The surrounding areas don’t have as much of a cartoonish style, which is a good thing since it already looks fine with the combination of the cartoonish art style from the character models. The setting and atmosphere is really nice and feels like that demons have taken over the world. 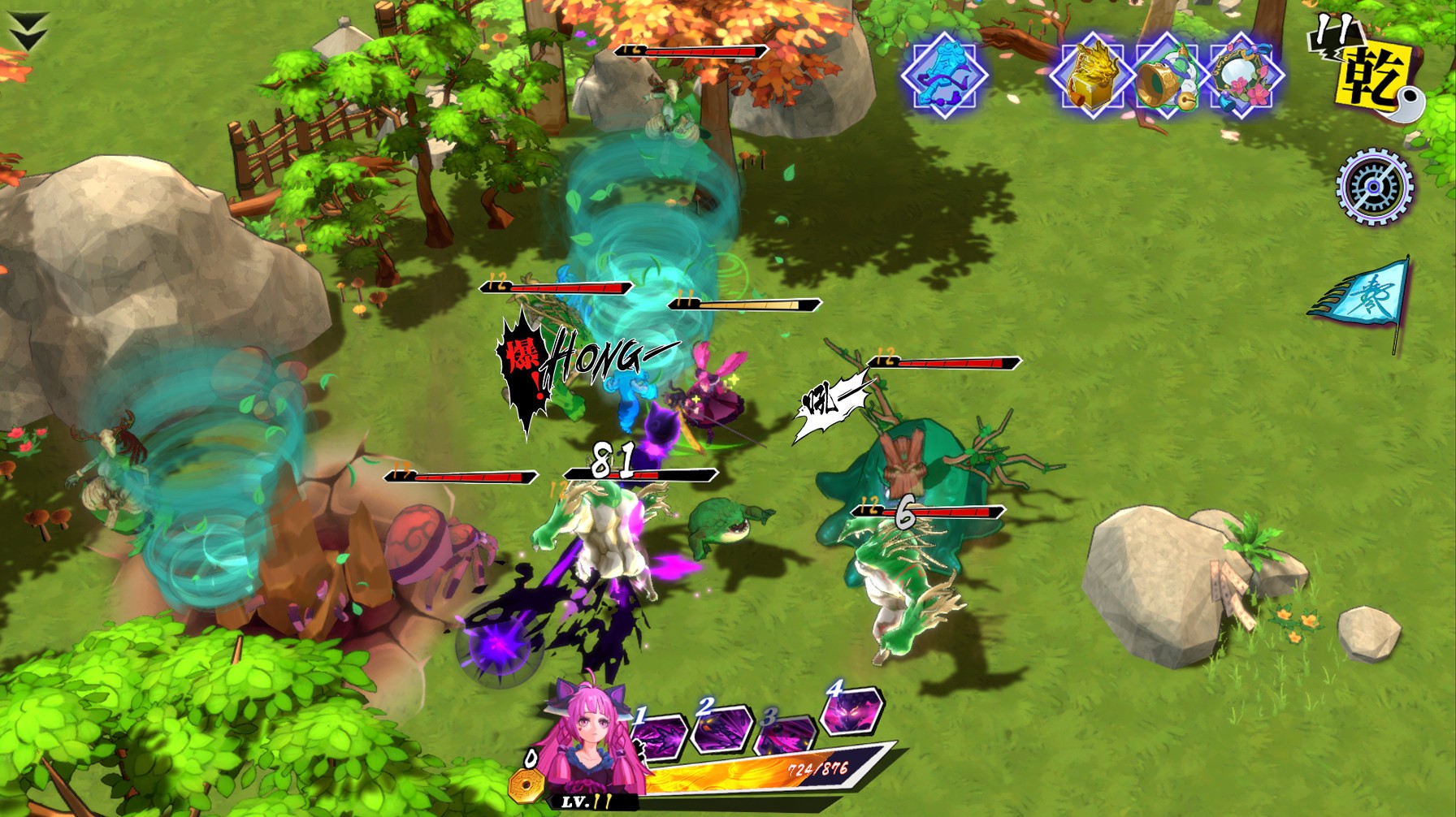 When I first launched Zengeon, I got greeted with a loud Chinese cutscene that explained the plot. That being said, I would recommend turning the volume down the first time you launch Zengeon. Dialogues feel boring due to not having a voice over. The soundtrack feels dull and could really variate the soundtrack more.

The controls are really simple and you can choose your preferred method of movement and skill usage in the pause settings. It took some time to get used to the dodging since the green arrow beneath the character is the direction you will move to when you evade. the movement feels weird and delayed especially when you use the “WASD” keys. I recommend using the mouse when moving around. Zengeon can be challenging at first until you have discovered what character that suits your playstyle. I played Zengeon on easy and still find it quite challenging! The difficulty setting is easily accessible since you can find it in the character menu. It gives the game a reason to be played through another time. In order to unlock certain outfits in the game, you will have to play through the story on hard difficulty. I do really think that anyone can pick up Zengeon and play it. The question is whether or not you want to play it.