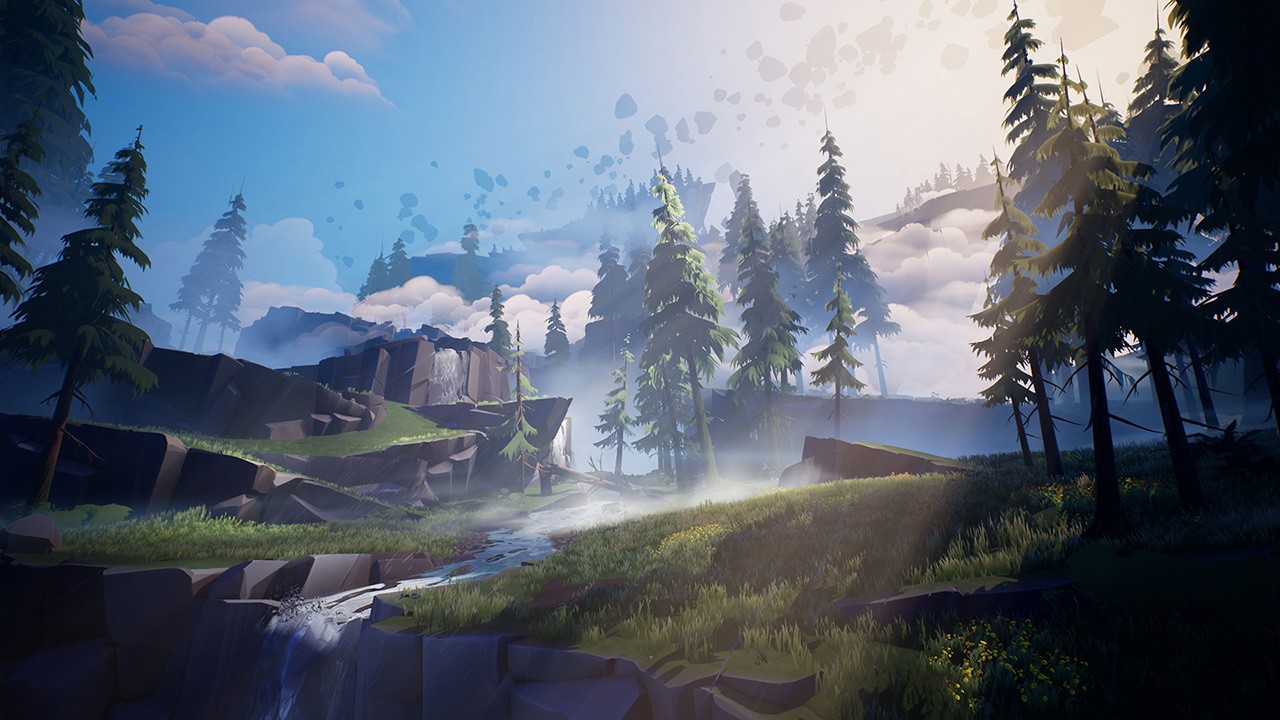 With the release of the Epic Game Store, the only true competitor to Valve’s Steam platform, the fledgling platform needed exclusives to draw in potential customers. One way the company did this was to partner with game studios to have their PC version of games release exclusive to the Epic Game Store. Dauntless, Phoenix Labs’ first game, was initially released in beta and made 2018 on the Windows Store. After releasing an early access version in May of 2019 on Xbox One and PS4, Phoenix Labs transitioned the game from the Windows Store to the Epic Game Store as an exclusive for the PC version of the game. Version 1.0 launched in September 2019 and a Nintendo Switch version came out later in December 2019. While today’s review will focus on the Nintendo Switch version of the game, the game is cross-platform across PC, PlayStation 4, Xbox One, and Nintendo Switch.

The game is a free-to-play game where you and up to three other players go to locations to hunt creatures called Behemoths. Behemoth hunt humans and feed on aether found throughout the world. no one is entirely sure where the Behemoths come from, whether they are natural or man-made. Players start out in Ramsgate, the town hub where you pick missions, visit shops to customize your weapons and armor, and complete daily quests. The gameplay is very similar to Monster Hunter, so if you are familiar with those games you will feel right at home with this one. Players can craft new weapons from harvesting parts from slain Behemoths during hunts. Of course, the main challenge comes from the grinding of hunting the same Behemoth multiple times in order to obtain enough parts to max out your armor and weapons. The gameplay also follows a rock paper scissors type where certain elemental types are more effective against certain Behemoths. For example, blaze weapons are good against frost Behemoths. The strategy comes from knowing your different elemental matchups and using the correct weapons and armor for the Behemoth you are about to hunt. You also get access to useful items such as grenades and passive boosts during combat from your lantern item. As you progress through the game you will unlock more grenades to use, better weapons to build, better armor, and different types of lanterns that will give you unique effects during hunts. And as the game progresses you will of course be fighting stronger and stronger variants of Behemoths. So it is always wise to make sure that you are on top of your weapon and armor crafting. You also have stat boosting power cells that give you special perks during combat. These can range from a variety of stat increases like faster movement speed or more damage to a particular part of the Behemoth like the head or tail. Crafting is another big aspect of the game. As you progress through the game you will learn different types of craftable items such as grenades, potions, weapons, and armor. Each type of craftable item does require different types of materials in order to craft. For example, weapons and armor require different parts of a specific Behemoth and elemental orbs in order to craft said item. Potions require fauna found while you are hunting a Behemoth. You can find fauna all over the map when you’re on a hunt and can collect and bring back to Ramsgate to craft useful potions and grenades. With a recent update, however, players are now able to use their extra gold to purchase potions and grenades. For me this kind of killed the point of hunting down fauna to make my own potions because now I can just use all the extra gold I had lying around to purchase a bunch of potions or grenades. 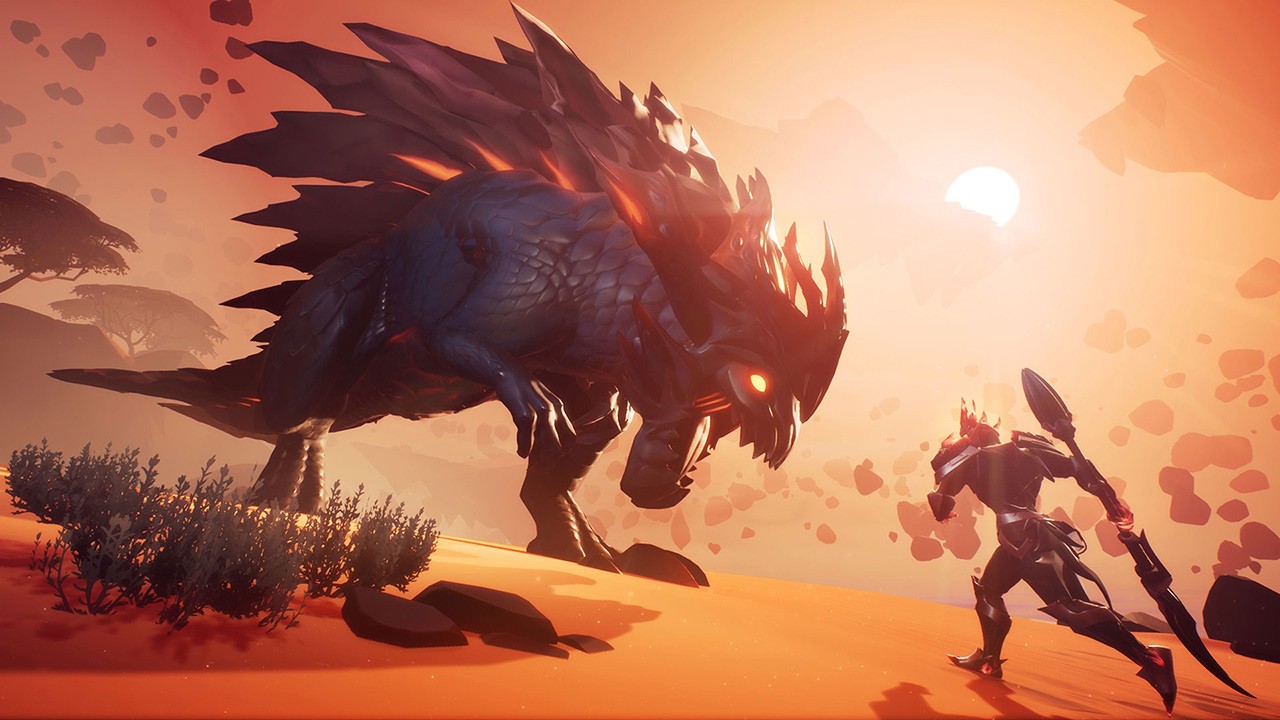 While there is a “story mode”, it is pretty linear and takes about 6 to 10 hours to complete. Players are just led through the motions to get them acquainted with the gameplay and what the different types of Behemoths are. The true game consists of grinding of Behemoth parts to upgrade armor and weapons. Players can participate in other endgames like modes for example patrol hunts or players can participate in the trials. Where players take on modified Behemoths and compete on a leaderboard worldwide.

You may be wondering how Dauntless generates revenue when it is a free to play title. Well, the main way of generating income is through tried and true microtransactions. Dauntless’s premium currency is called Platinum. Platinum can be used to buy cosmetic items like emotes, armor skins, armor dye, landing emotes, weapon skins, and the hunt pass which is their version of a battle pass. The hunt pass operates where you take on three bounties at a time where you have to complete certain objectives like kill a certain type of elemental Behemoth so many times or collect so much of a certain fauna when on a hunt. Once you complete a bounty you will be rewarded experience points that will go towards your hunt past level. Once you reach a new level you will obtain a new cosmetic item. This is completely optional and does not change the gameplay to a point where you feel like it is mandatory to play. I played through the game without purchasing the hunt pass and didn’t really miss out on much. Though if you are the type of person who likes to look a certain way or have certain cool cosmetic items then of course this is something to consider. you also obtain free gold which is used to purchase more crafting items to make grenades or potions. 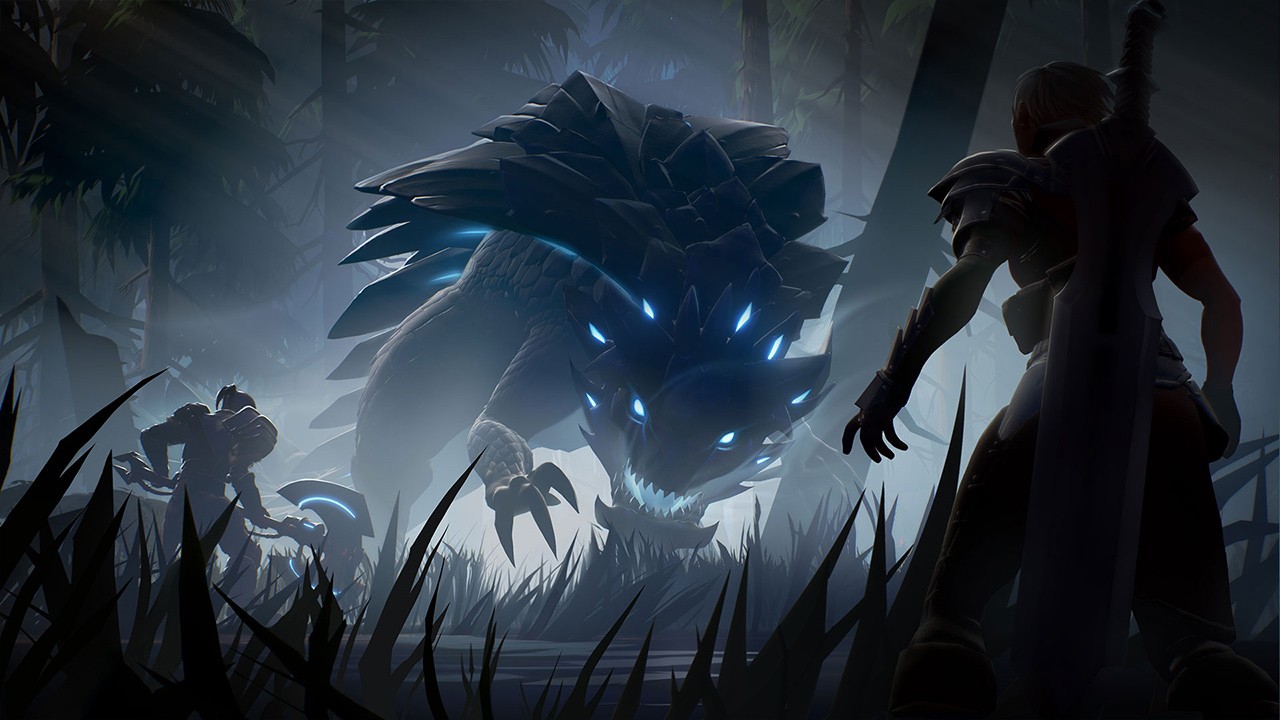 Performance-wise the game runs at a smooth 30 frames per second on the Nintendo Switch version. The game has been optimized throughout its release with patches. The current version I am playing on is running as smoothly as possible though earlier reports have indicated the game was a little on the choppy and slow side. Of course, the Nintendo switch is not a powerhouse when it comes to graphics and processing capability so there are limitations to that of the PS4 and Xbox One versions of the game. The game is a tad bit slower when running through populated areas such as Ramsgate. This is due to it being the central online hub where you can interact with other players across the four different platforms. However when in a hunt I did not notice any noticeable lag or stuttering. The game did appear to run a consistent 30 frames per second which is more than what we can ask for for a cross-platform multiplayer game like this.

Overall dauntless is a free to play game in the realm of monster Hunter. If you wanted to play a monster Hunter like game with friends that exist on other platforms then this is the perfect game to play. The game is pretty much straightforward with not too much of a learning curve, probably with the exception of the crafting system. The microtransactions do exist in the game purely for cosmetic purposes I have not experienced a game-winning microtransaction purchase. The game is best enjoyed with a party of four people as I found the solo play a little lackluster and a bit repetitive and boring for my liking. When I grouped up with my wife and two other friends we had a hell of a time hunting and learning the different mechanics to efficiently take down the Behemoths.

Dauntless is a fun, Monster Hunter lite Action RPG. Fun when playing with friends while hunting Behemoths and gathering materials to craft stronger armor and weapons!