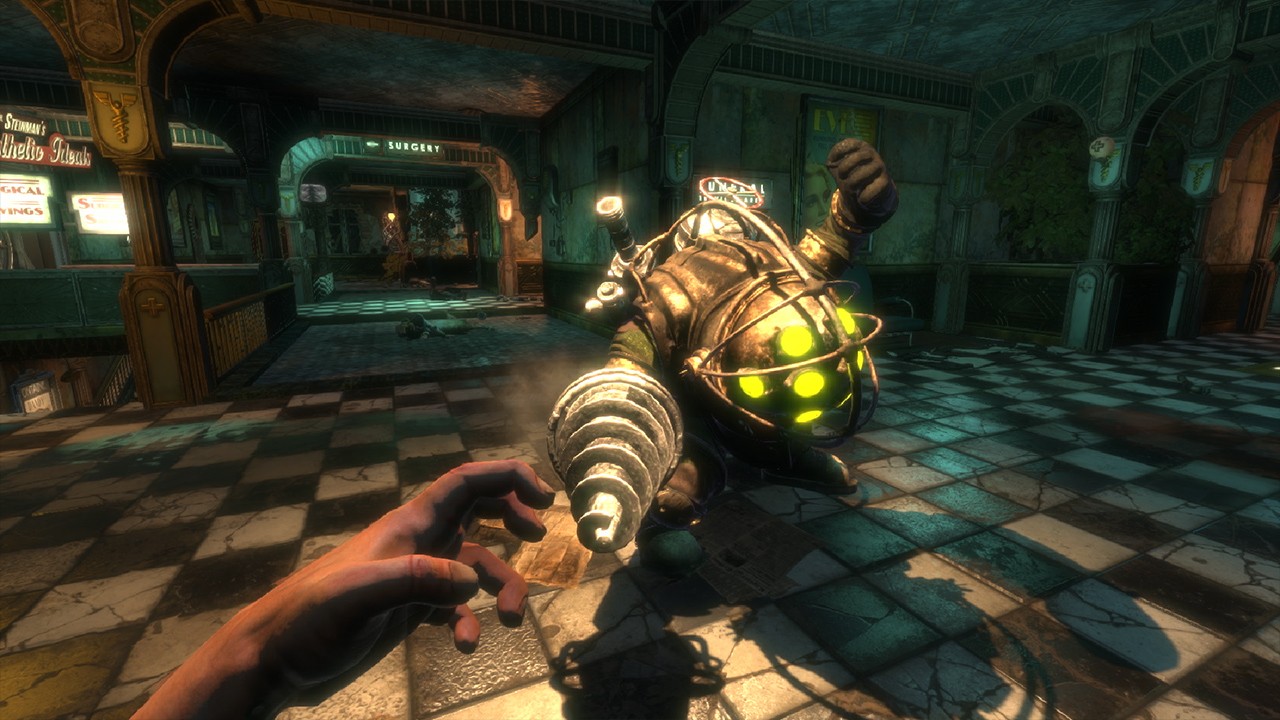 Over 10 years in the making, the stunning shooter series BioShock has landed on the Switch – another highly successful game to appear on the handheld console. It was ported and put together seamlessly by Virtuous Games, and also released the same day as other 2K classics Borderlands and X-COM collections.

If you’re completely fresh to BioShock then there’s no better time to jump in. For £39.99 you receive all three games in the series, BioShock, BioShock 2 and BioShock Infinite, with all in-game content for each included as standard. When downloading the entire collection, you’ll see that they will all download as separate games, which if all bought separately would cost much more than this bundled price. As a long-time fan of the BioShock series I was mostly invested in seeing how its quality has been translated to the Switch – it’s safe to say it doesn’t disappoint.

In the first game you assume the role of Jack who has just survived a plane crash in 1960. After navigating to a nearby bathysphere you enter the world of Rapture, a world effectively gone to ruin from the development of ADAM – an enhancement drug that grants you unique abilities and powers. With just a handful of people guiding you through your path you unfold the mysteries of Rapture and what you need to do to escape, encountering enemies known as Splicers in your path.

You also get the opportunity to gain your own powers and use ADAM for your own personal gain throughout the game, obtained after taking down Big Daddies – an iconic but dangerous adversary. ADAM grants you the ability to gain plasmids, new powers such as electricity or fire damage, as well as other perks to assist you in different situations. 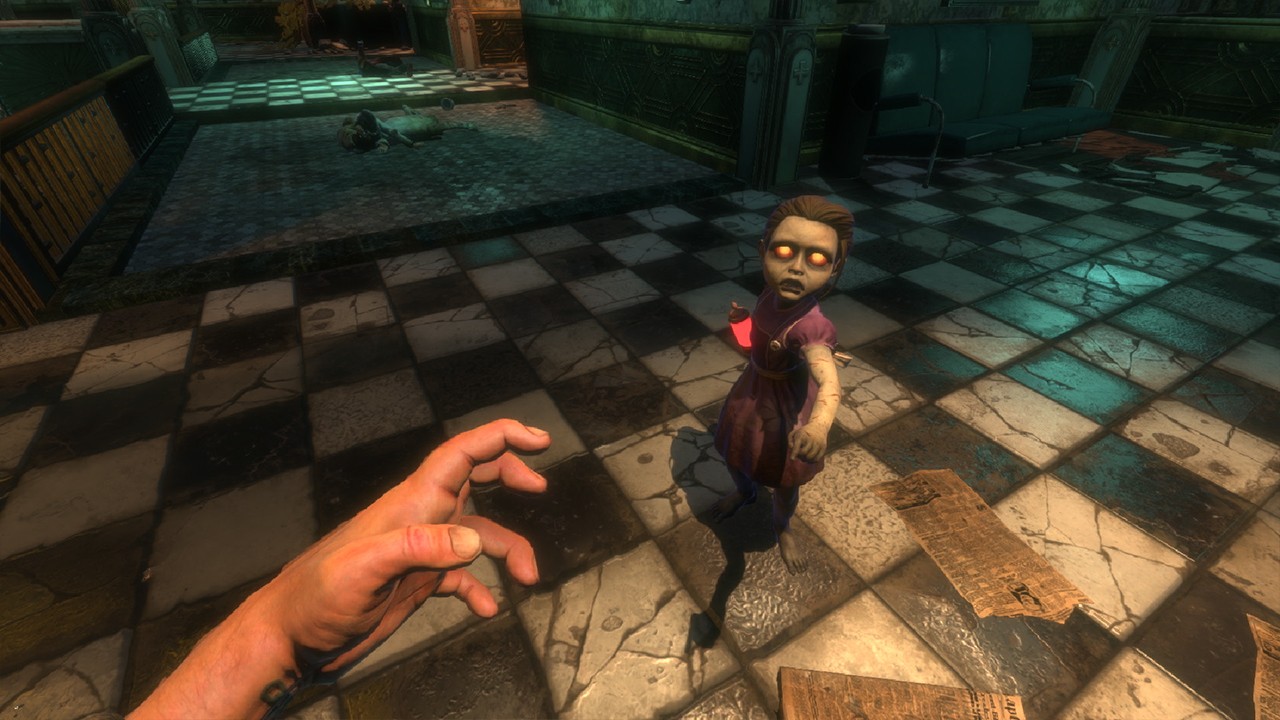 The choices you make throughout the game will affect your ending. Big Daddies are often accompanied by Little Sisters, who are used to harvest ADAM. Whether you choose to harvest or save these Little Sisters will be up to you to decide.

Even before it’s subsequent remaster BioShock was considered one of the greatest games of all time. It’s sold millions of copies prior to its Switch port and has a great success in being a game widely regarded as a must-play. While none of the plot has changed and you still receive the same content as you would in the console and PC versions, the Switch version has a reduction to run at 30fps when docked, but still retains the high quality of its predecessors. You’ll hardly notice the difference in quality.

While the whole collection has been remastered once before in 2016, this is effectively the same version ported to the Switch. When docked its runs at 1080p and in portable mode at 720p, but you can hardly notice the difference in quality. It runs smoothly and effortlessly without it appearing glitched at any time even with the reduction in graphic quality compared to Xbox One, PlayStation 4 or PC.

Even in this version of the Switch the world looks as spooky and as eerie as it was when we were first transported there in 2007. Some games age better than others, and a lot of the Switch ports haven’t received as much of the attention as Virtuous Games has taken in delivering this Collection. Gameplay is also optimised and plays smoothly both in your hands and connected to the TV, though you may need to tweak a few controls depending on how you’d like to play. For example, I felt moving around in general to be quite slow, i.e. look sensitivity wasn’t sensitive enough, but it’s easy to adjust this in the settings. 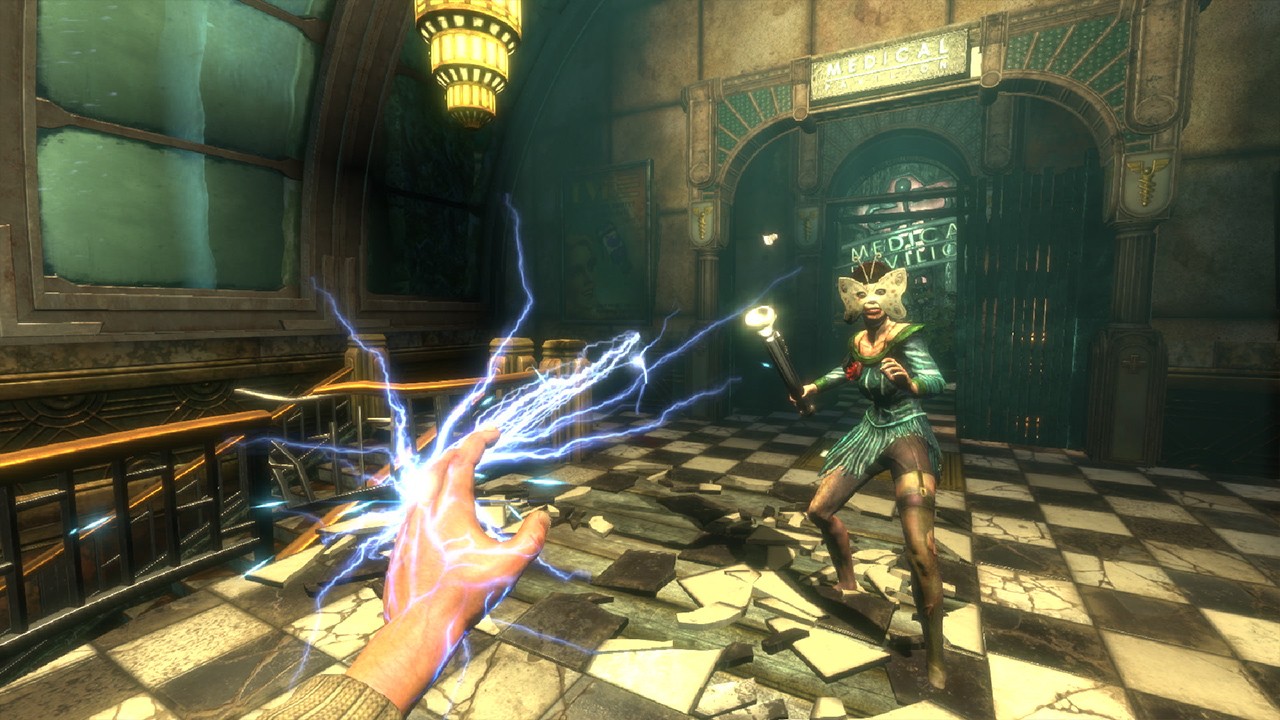 If you haven’t played the game since its 2007 release, there is still the added benefit of going through every nook and cranny all over again to find all the elements of the director’s commentary. It’s argued that the first BioShock gets the most improvements and changes but granted it would naturally feel like the one that would require the biggest upgrades. For its time BioShock was a game changer in FPS design and story, inviting you into a biopunk 60s dystopian world where you learn about the horrors of this underwater city.

Its only drawback would be the amount of memory required for this game. With other ports like The Witcher 3 requiring almost 30 GB as a comparison, the first entry in the BioShock series will take up 12.5 GB. It’s not a huge sacrifice to your memory on the grand scheme of things, but if you only have a 32 GB memory card it adds up.

So, whether you’ve visited Rapture before or you’ve been keen to try, don’t sleep on the BioShock Collection if you have the Switch. It plays beautifully without any issues, with no other changes found from the original release. You too can fall in love with one of gaming’s greatest entries.

Virtuous and 2K have delivered a great remaster of one of gaming’s greatest collections. Dive into Rapture, now on the go. The remaster and Switch port many have been waiting plays like a dream.