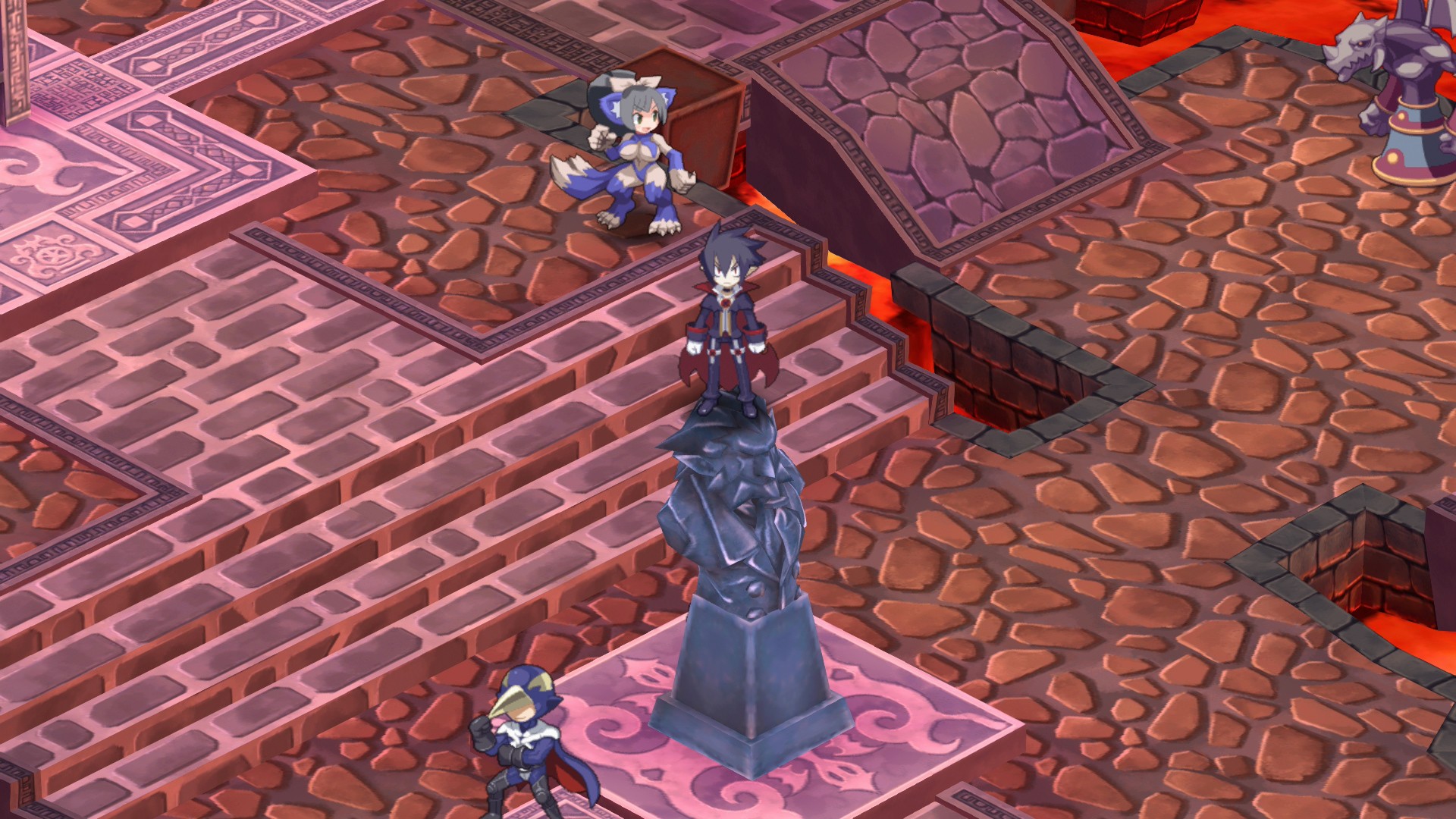 Disgaea 4 was originally released for the PS3 and PSVita on February 24th, 2011. After taking the tactical RPG genre by storm, it sooner got released to the fans on PS4! Disgaea 4 has grown to be the fan favourite due to the cast of characters and hours of content Disgaea 4 has to offer! Disgaea 4 was developed and published by Nippon Ichi Software and NIS America, who has also published the Yomawari games and killer7.

In Disgaea 4 you follow the story of an elite vampire known as Valvatorez. Many feared Valvatorez as a tyrant. It was until he promised a woman 400 years ago that he would not consume blood as long as he could instill fear in her. Unfortunately for Valvatorez, the woman died before he could do so. He is now living his life in a Hades, which is the prison of Netherworld. Valvatorez makes new friends along the way that will aid him in his quest. The main cast consists of Desco, Vulcanus, Emizel, Fenrich, Fuka and Valvatorez himself. Fenrich is one of my favourite characters because I love the way he praises Valvatorez with compliments. What I also like is the love that Valvatorez shows for sardines! 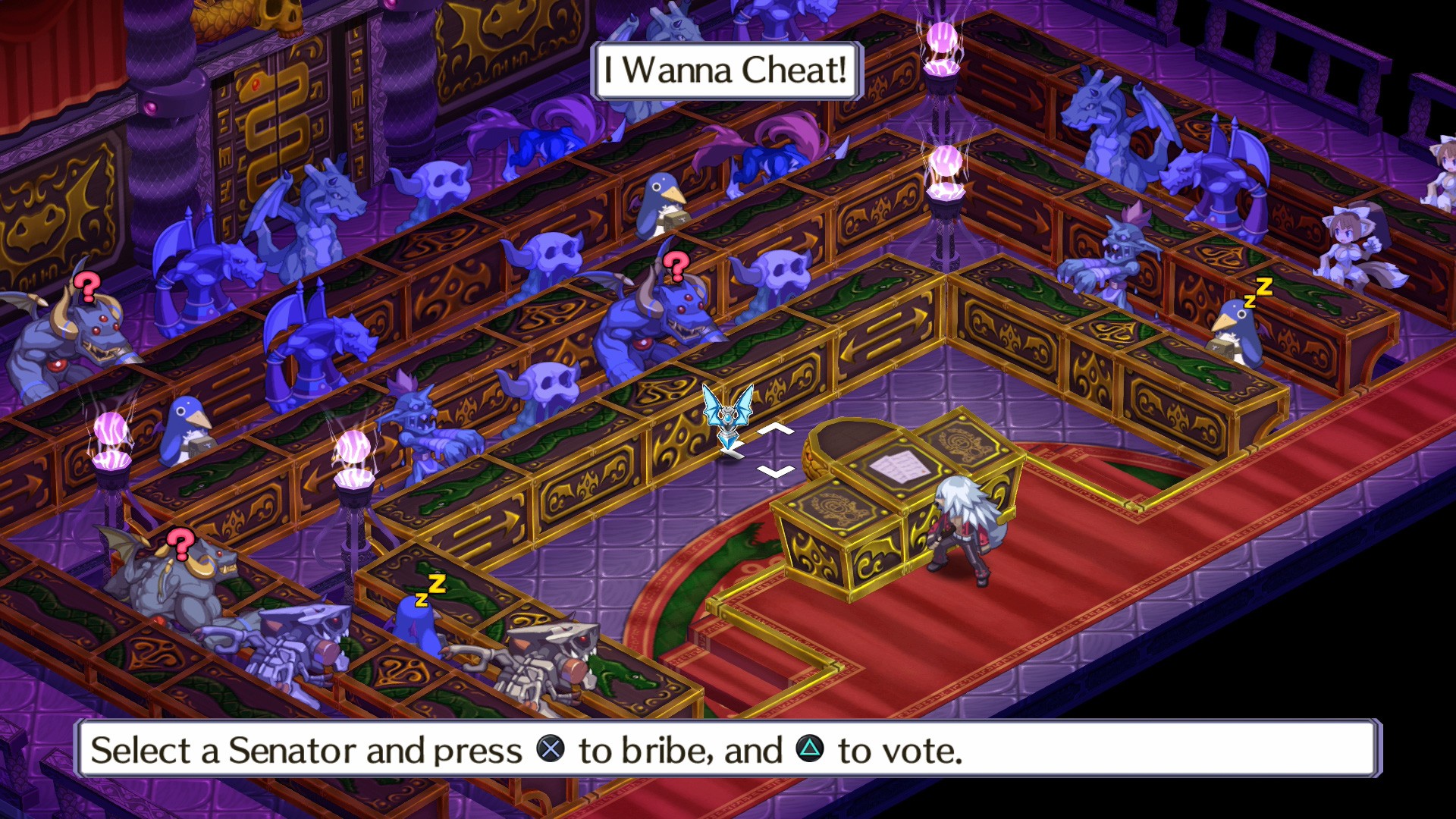 The gameplay is absolutely fantastic if you are into turn-based roleplay games! Disgaea 4 has everything an RPG should have when it comes down to combat! In like most turn-based roleplay games, you can choose from a variety of actions that your characters can perform. In this case, there are actions such as moving, attacking and defending! You can also use a special attack as well as using items to turn the fight in your favor. When you hover the cursor over allies and foes, you will be able to see their individual status. Everything is happening from a top-down perspective, just like in the other Disgaea titles! In the game, you will have access to a hub which is really easy to navigate around. It will also be there you will find the portal you have to enter in order to play the story mode.

The graphics of Disgaea 4 really hasn’t changed much since the last few games. The only difference I can find is in the art style. The art style seems to have improved and it looks a lot smoother! To put it simply, the art style is something you would expect from an anime game! The game plays really well on the PS4! I have always found it easier to play a Disgaea game with a controller compared to a keyboard. It is mostly due to the game working really well without having too many controls to remember when using a keyboard for the other Disgaea games. The soundtrack is also very similar to other anime roleplay games. The only thing that sticks out is the opening. I really wish that the soundtrack could be more unique. The soundtrack isn’t by any means bad, it just doesn’t feel new. The voice acting is really good! I find the dialogues to be really funny, especially the ones between Valvatorez and Fenrich. 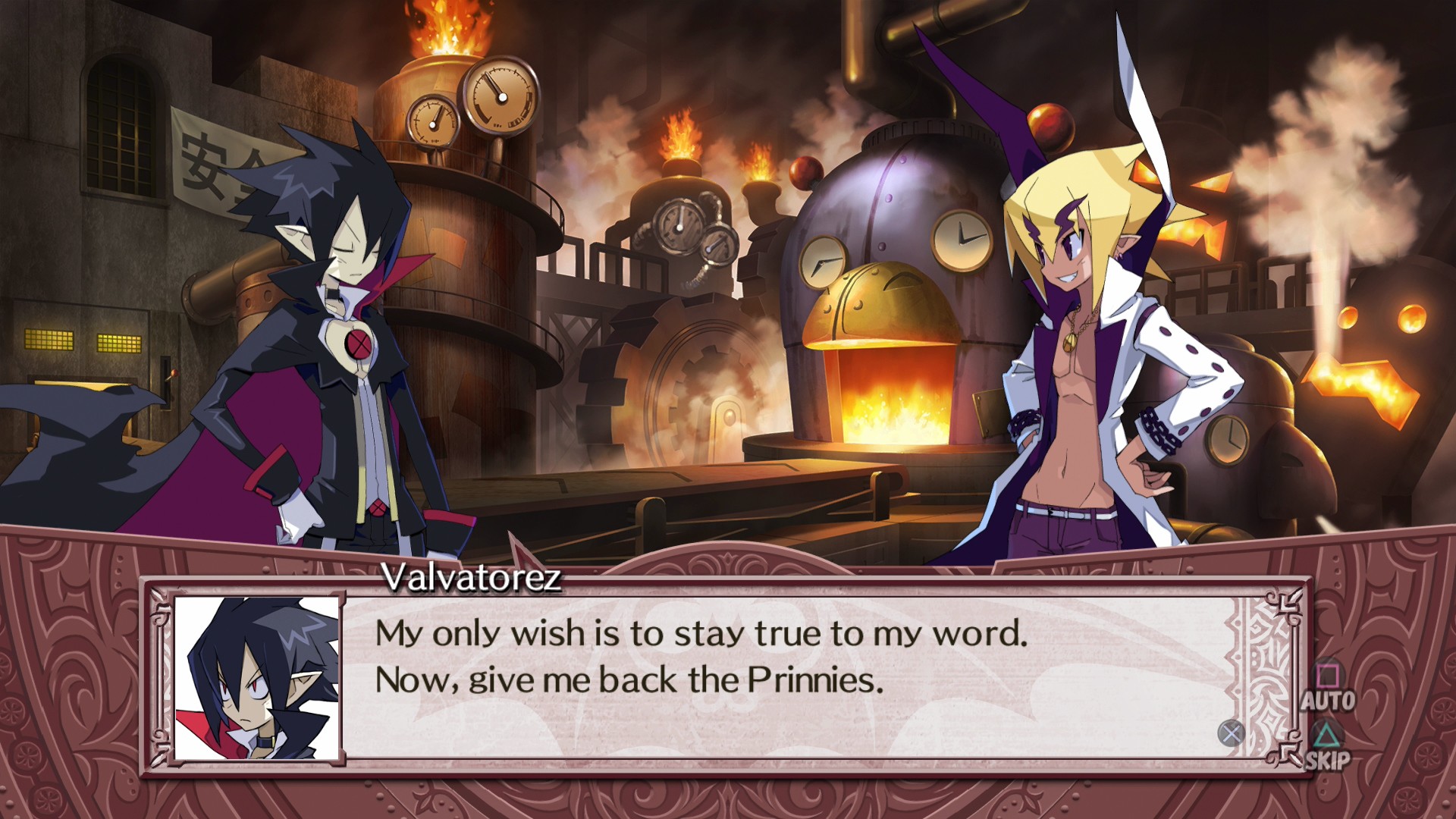 The game isn’t by any means difficult unless you are under the required level. There are different methods you can use to level up faster. Some areas are better than others when it comes to leveling. You can also use skills to speed up the leveling process by taking out the enemies even faster! I could really see myself playing Disgaea 4 a lot due to the grind! The game is after all very charming due to all the different personalities of the cast members. Disgaea 4 just keeps on surprising and I love it!