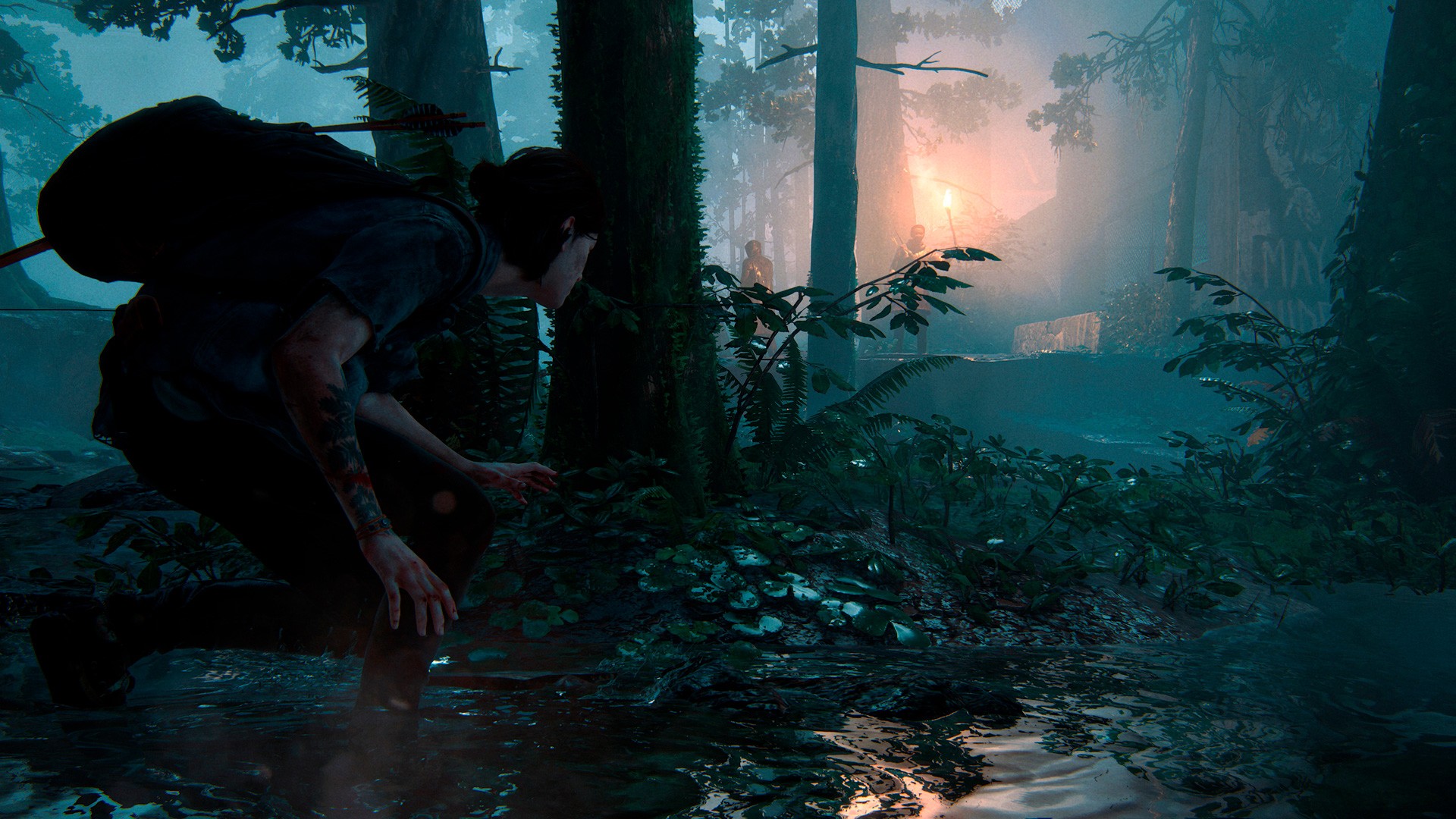 Coming at the end of its life cycle, 2013’s The Last of Us was one of the true era-defining games of the PlayStation 3. Naughty Dog’s heartfelt post-apocalyptic tale about fungus zombies somehow managed to capture the hearts and minds of gamers everywhere, making it an unequivocal critical and commercial triumph. Now, as the curtains close on yet another generation of console, can The Last of Us Part 2 replicate that same magic, or is it simply a spore infested husk of its former glory?

In TLOU, players controlled Joel, a cynical old man who is tasked with escorting a teenage girl, Ellie, across America, in the hope that she holds the key to curing the virus which has brought the planet to ruin. Along the way, this odd couple pairing kill some zombies, share some laughs, and most importantly, learn to love each other as father and daughter. The game culminates with Joel rescuing Ellie in a hail of gunfire, prioritising her life over the potential millions who would be saved by a vaccine. Some years later, in TLOU2 player focus shifts to Ellie, who must now face the repercussions of Joel’s past sins. Once again setting out into the harsh and unforgiving wilds, Ellie is joined by her newly introduced girlfriend, Dina. As fantastic as Joel and Ellie’s relationship was in the original, similar parent-child dynamics are rife throughout videogames and cinema (God of War and Logan to name just two). With that in mind, it’s a welcome change to see an actual couple take center stage, even more so when you consider how underrepresented lesbian relationships are in mainstream media. But let’s be clear, this is not some coming out story where Ellie slowly learns about her sexuality. From the offset, she’s out and pride, having had at least one other girlfriend prior to the game’s events. As a queer person, I found it so refreshing that triple AAA titles can have a gay protagonist, and no one bats an eyelid. Ellie’s sexual preferences are by no means tokenistic, nor are they her defining characteristic. Speaking of representation, Naughty Dog must be commended for their diverse casting; this world is filled with characters of varying races, sexual orientations, and gender identities. Again, they’re subtly placed with little to no fuss, not propped up on a virtue-signaling pedestal. 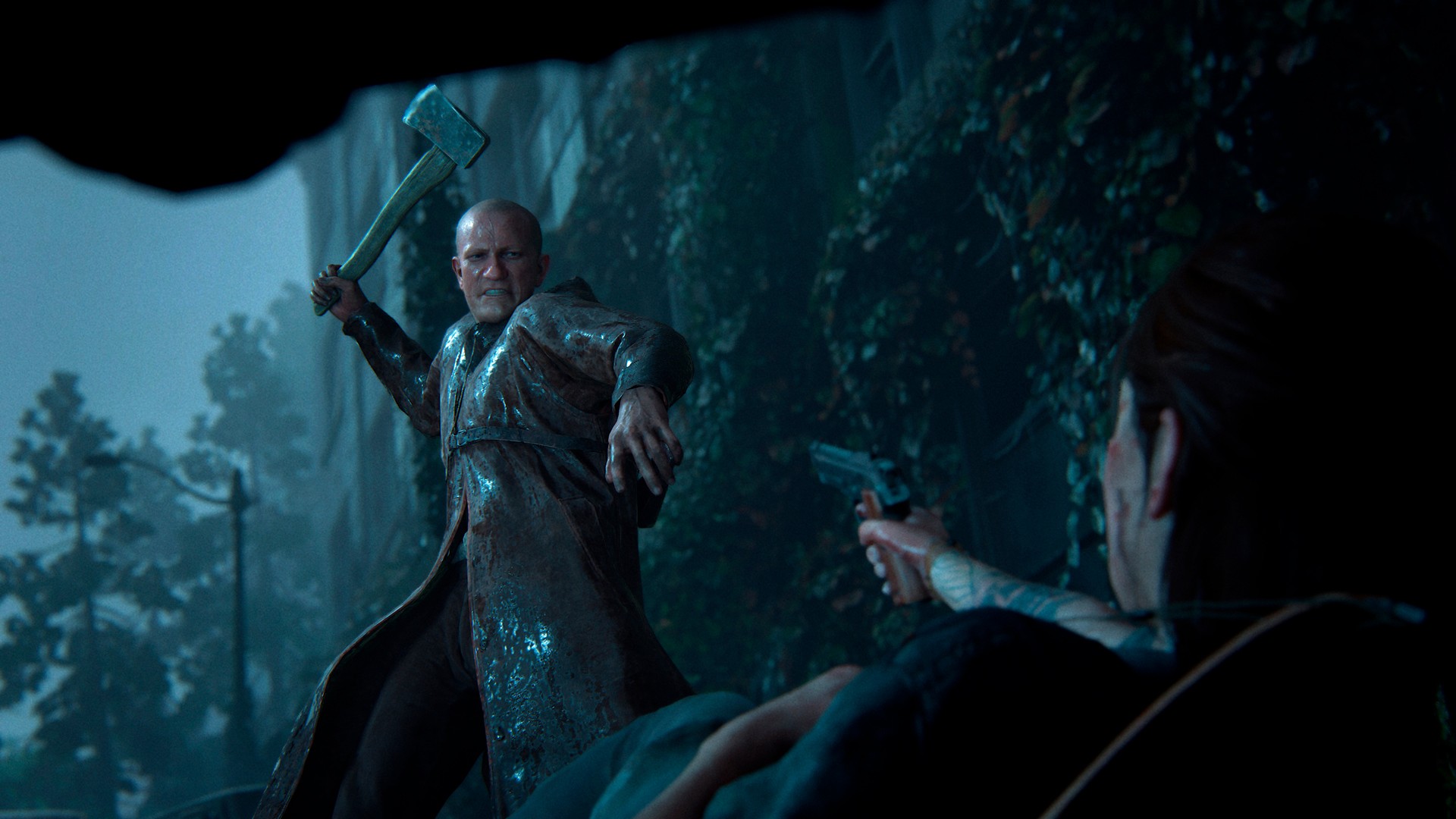 These characters are just one element of the games masterfully crafted story. Troy Baker and Ashley Johnson reprise their roles as Joel and Ellie respectively, with unsurprisingly stellar performances. This time they’re joined by an ensemble cast of film and video game’s finest, including Laura Bailey, Ashley Burch and Jeffrey Wright. Everyone gives an exceptional performance, both vocally and physically thanks to some of the best mo-cap use I’ve seen in any game, but credit must go to Ellie and Dina particularly. Whether they’re flirting, joking, or bickering the pair’s partnership is equal parts convincing and compelling. It’s these emotional portrayals that really carry the narrative. At around the halfway mark, the story takes an abrupt change of direction. Whilst many may find this change of pace initially jarring, there is enough heart in the characters to encourage the player to stick with it, eventually being adequately rewarded for doing so.

Perhaps more impressive than these individual performances is the world in which they take place; TLOU2’s environments are so beautifully enticing that they’re almost a character in themselves. It’s overgrown city landscapes and eerily derelict shop fronts perfectly set the mood for the ensuing gameplay. Whether clearing out infested buildings, trying to crack the code of a safe of supplies, or even using some light puzzle-solving to get through a locked door, there’s plenty of incentive to explore every nook and cranny. These miniature sandboxes amply mask their lack of size with an incredible level of detail. This is helped further with the addition of more traversal mechanics, such as jumping, crawling, and the ability to place climbing ropes. Not only does Ellie feel quicker and nimbler than Joel, but her improved movement gives the environments more scope in terms of verticality. A lot of comparisons can be made to Naughty Dog’s previous title, Uncharted spin-off Lost Legacy, particularly its pseudo-open world segment. If the surrounding’s aesthetics aren’t enough to set the tone, then the grotesque monsters inhabiting it, complete with refined designs, will surely have you quietly sobbing in fear.

As per any game by Naughty Dog, the glue that hold’s together the characters and narrative is the cinematic gameplay. Ammo is scarce so every bullet counts. Luckily, the shooting feels as solid as ever, coupled with a new roster of weighty weapons in your arsenal. Stealth feels much slicker, having also been expanded with additional tools at your disposal. The skill trees, crafting and weapon upgrades have all been streamlined too. When things are going well you feel like a true survivor of the apocalypse. When it’s not going well, your heart is racing from the tension as you frantically scramble to stay alive. Regardless of your ability, the gameplay always matches the merciless danger of the TLOU2’s setting. Sadly for me, this immersion was occasionally broken by the odd texture pop and character model glitch. However, it’s a testament to how gripping the game is when it’s working, that these rare occurrences stand out so much in my mind. 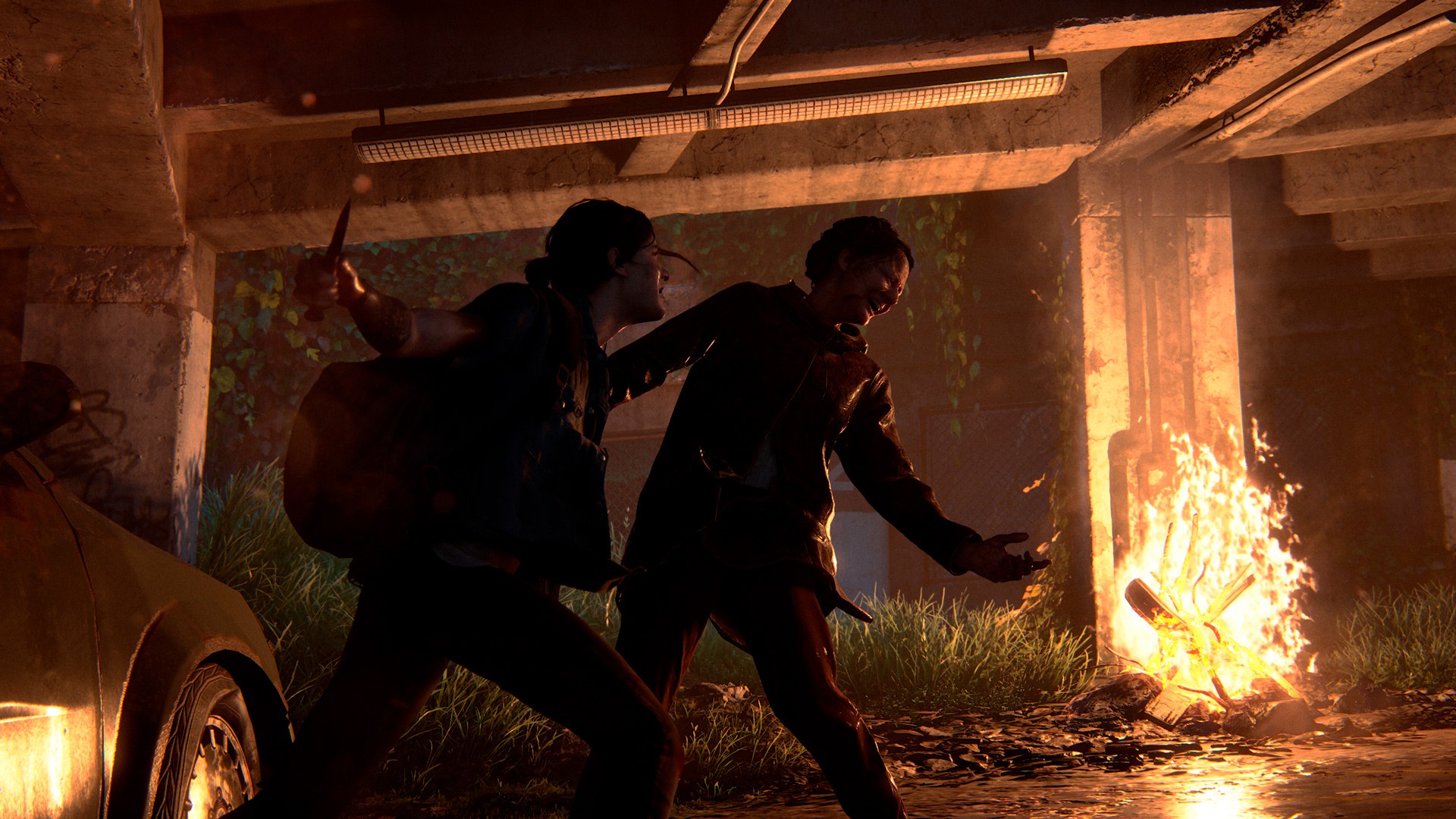 There are a couple of smaller gameplay features that aid in the player’s emotional investment. For example, Ellie carries a journal, in which she documents her progress, sketches her findings, and even writes typically teen angst song lyrics. A similar mechanic featured in 2018’s Red Dead Redemption 2, but Ellie’s writing’s feel far more concise and relevant than the long-winded ramblings of Arthur Morgan. Interacting with one of the many guitars found scattered throughout the game will trigger a mini-game. The result is Ellie’s acoustic rendition of an iconic song, such as her cover of New Order’s True Faith, as seen in the game’s promotional material. Speaking of music, some praise must go to Gustavo Santaolalla, who returns to compose the score. His bittersweet, Latin rock-inspired soundtrack flawlessly captures the games blending of the horror and western genres.

Naughty Dog has publicly expressed their decision to abandon the game’s multiplayer, resigning it to its own future standalone iteration. The rationale was that they wanted to focus on the single-player, and it shows. Yet again they have exploited all facets of the game made available to them: art direction, level design, score, writing, acting, and gameplay all come together to make a truly exceptional cinematic experience. The result is a deep, well-paced narrative that explores the very serious themes of death, loyalty, and the human condition, all the while remaining exciting to play. At times, the player is forced to confront their own violence; undoubtedly uncomfortable in its nature but enticing, nevertheless.

Last of Us Part 2 Review

Perhaps not reaching the masterpiece status of its predecessor, TLOU2 still remains a prime example of what is possible in modern videogame storytelling.