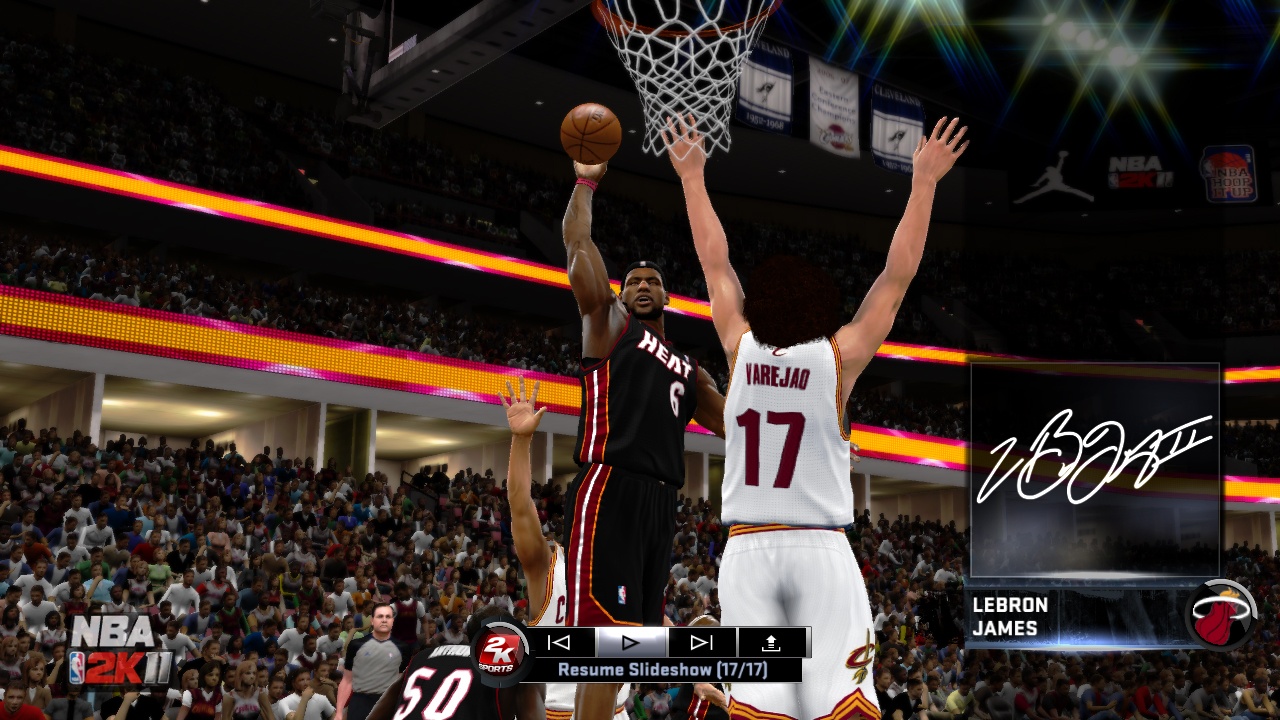 With EA Sports  forced to indefinately delay the release of NBA Elite 11, you could argue that, for the moment at least, the court is free for NBA 2K11 to take advantage of the lack of available competition. Not that the series needs any help in being declared the best NBA game around, as this year’s outing allows fans perhaps the ultimate basketball experience – pulling on the sneakers of his Airness, the great Michael Jordan and playing as him in one of the historic games that started built his legend in the first place!

The game’s introduction is one of real class because, before you have a chance to reach the main menu you are thrown into the thick of things unexpectedly. You begin with the silhouette of a certain Michael Jordan appearing in front of you. He turns around and acknowledges your presence as he says “Are you ready?” This is the moment where you find yourself in the first game of the 1991 NBA Championship between the Chicago Bulls and L.A. Lakers. You’re in the middle of a game before you’ve even experienced any of the modes, which is a great idea and is something other franchises should do.

The presentation is slicker that last year’s, whilst if you look hard enough you’ll soon realise that each player has their own distinct style and signature moves. Unfortunately, some of the player models are not quite like their real life counterparts, for example Kobe Bryant, but the moves are there and the passing is fluid which is essentially all you want from a basketball game. 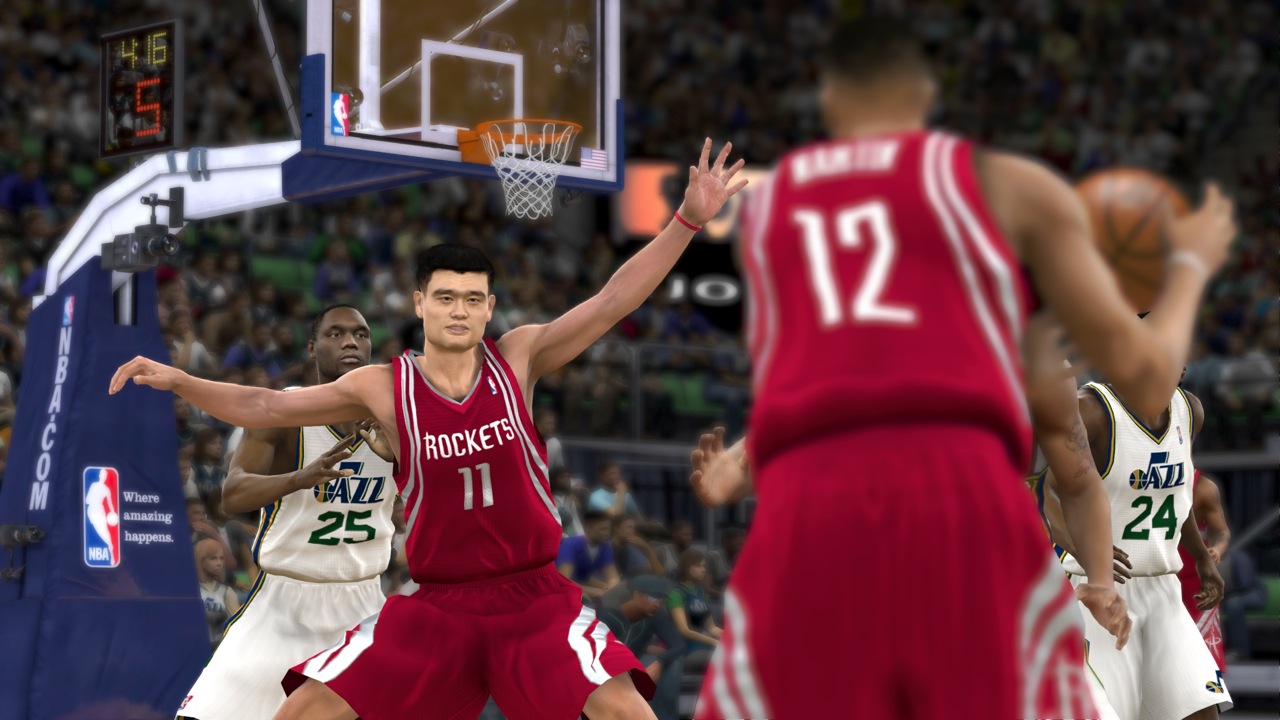 The commentary is some of the best around, as good plays are lauded whilst mistakes are highlighted. The atmospheres at the games are really engrossing as seats fill up as a quarter gets started and the crowd get involved, although it’s noticeable that there is a lack of player sound effects when they run into each other, especially when everything else sounds authentic. The soundtrack to NBA 2K11 is also one you’ll leave on as the high tempo music gets you in the mood for a slam dunk or two.

NBA 2K11 is more simulation than arcade in its delivery so prepare to become frustrated with opposition defences who are able to intercept passes with their backs facing you and offences that need to be constantly harassed to stop them making baskets. If you put the effort into your set plays and enough time is spent on strategies then you will find NBA 2K11 becoming easier to play as it rewards players who go by the practice makes perfect adage. When you pull of well worked attacks that end in slam dunks you’ll spend many minutes appreciating the replays. It’s important to realise your teams strengths and weaknesses early on because if you don’t you’ll be on the end of some real drubbings. You’ll notice that each team you play against has a set style that makes the most of their players attributes, you’ll need to adapt to each teams set-plays accordingly. 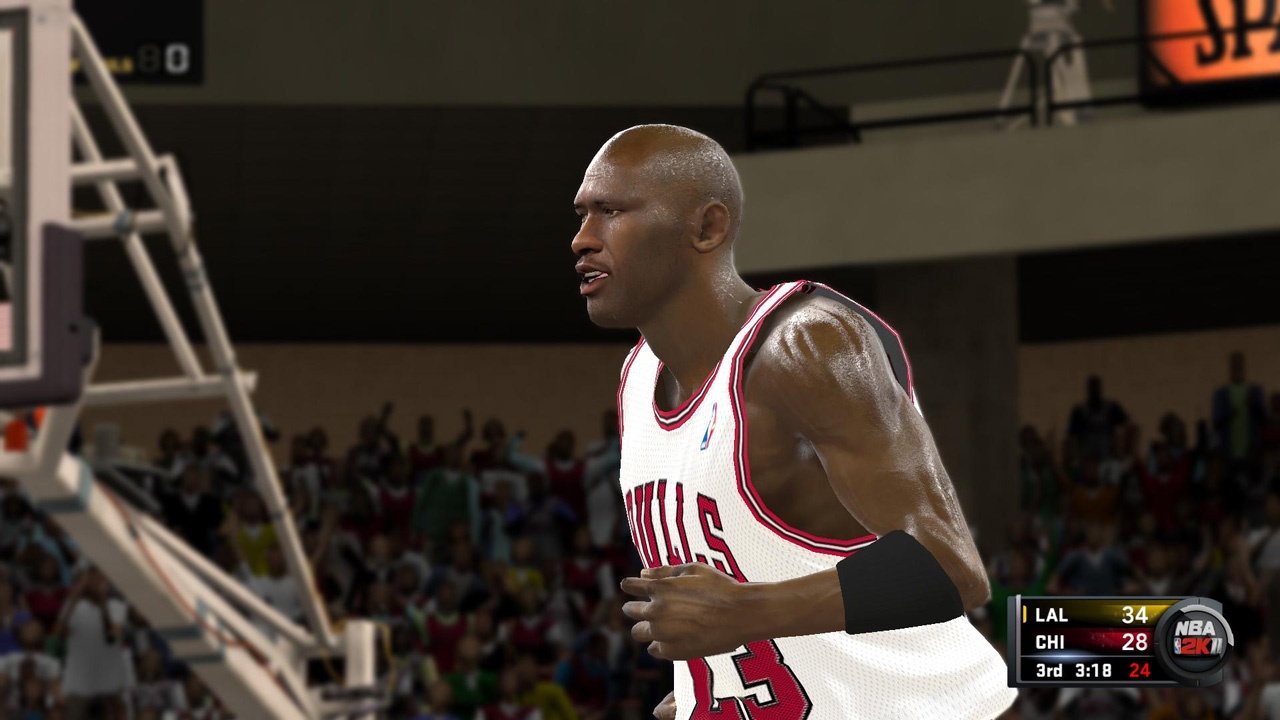 The Association mode has been improved upon, with player trades more believable and signing players not simply down to how much money you can give them. The ‘My Player’ mode has been improved upon just like most of features in NBA 2K11, it just takes too long to get going as you start off very low down in the grand scheme of things. Once you start making progress you’ll be greeted with press conferences and endorsement deals which add an almost RPG element into the mix. Online wise there have tended to be problems which have been inherent in the series as a whole, hopefully NBA 2K11 can maintain some kind of stability in this area, but you’ll lose hours in the main game anyway as it’s so engrossing. The Michael Jordan portion of the NBA 2K11 could be a game in itself and although it’s very difficult to complete his ten challenges the reward is definitely worth it as his Airness makes an appearance as a rookie in your NBA season.

If you put the time and effort into NBA 2K11 then you will be rewarded with a fine representation of basketball which is further improved upon by the addition of the Michael Jordan factor. It’ll be interesting to see how NBA Elite will respond, because NBA 2K11 is a very good game and obviously better than its predecessor. This is one of the few occasions where the annual update of a franchise is worth buying in its own right because of the sheer enjoyment to be had. Of course from a presentation and AI point of view there are still improvements to be made, but NBA 2K11 is certainly one of best. The 2K Sports developers have definitely issued an “Are you ready” rallying call to EA Sports!