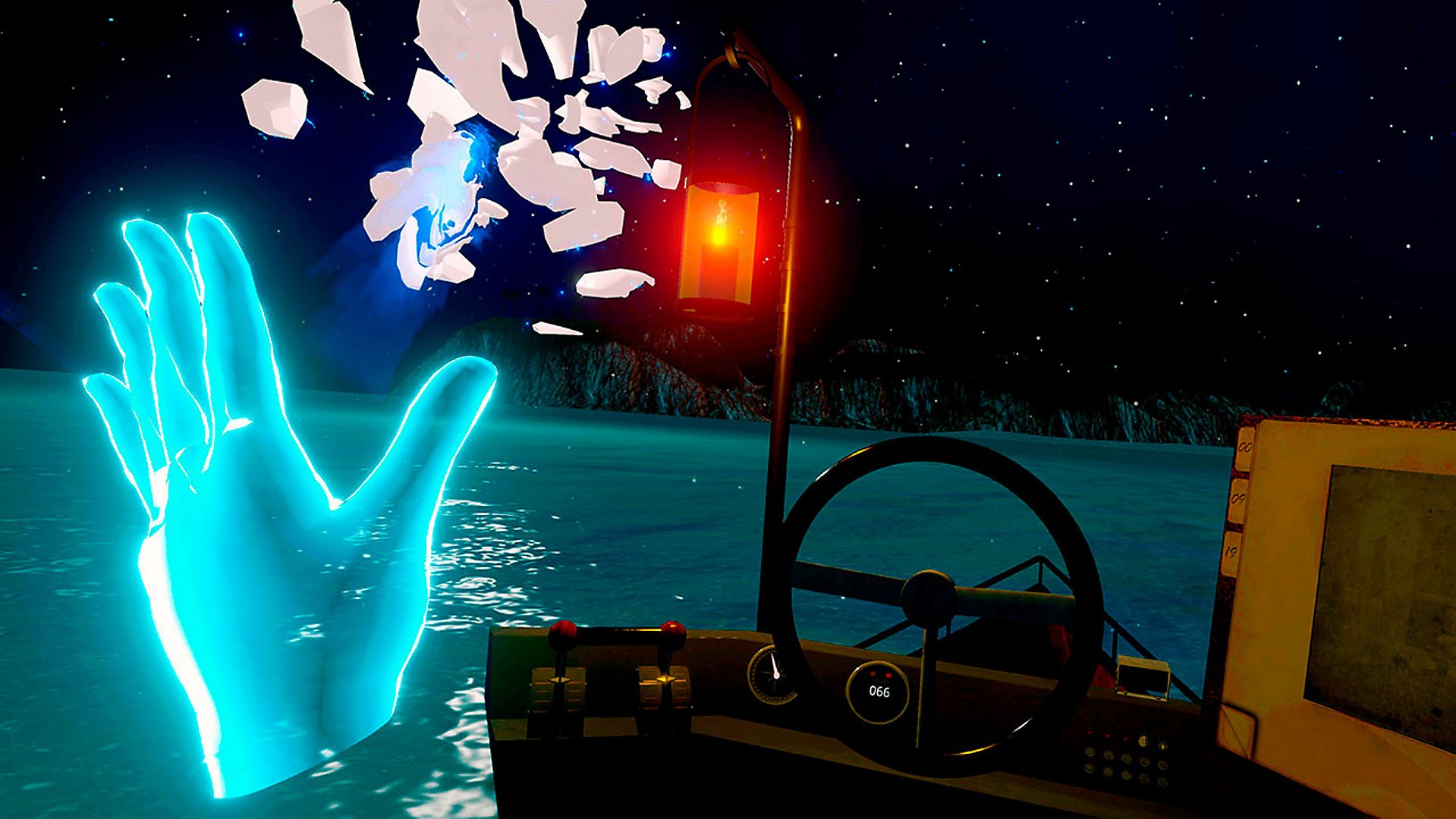 With the ever-increasing popularity of virtual reality games, it’s exciting to see developers experiment and push the boundaries of what virtual reality can do. From music and rhythm games, like Beat Saber, to John Wick simulators like Superhot, virtual reality has led to the creation of unique mechanics and experiences that simply can’t be had through traditional games. Unfortunately, just as many games fail to capture that magic and end up as mediocre versions of traditional screen games. Sea of Memories is a virtual reality puzzle game by Ivanovich Games and falls squarely into the latter category.

You find yourself on a small boat in the middle of a tropical archipelago. Beside you is an empty photo album. Your only goal so far is to get to the blue pillar of light shining in the distance. Once you arrive, strange shapes float out from beneath the ocean and your objective is to move these random forms in such a way that, from your perspective, they produce a coherent object. As you continue to solve puzzles, an unnamed narrator fills in your photo album and gives vague descriptions of his life based on the objects you find.

The puzzles are all based on perspective similar to Ivanovich’s other game, Perfect Angle. Similar to the Shelob puzzles in Middle Earth: Shadow of War, these puzzles can range from being insultingly simple to frustratingly difficult. Thankfully, each level offers a hint which shows you what the object is supposed to look like without giving away how to find it. This makes the frustrating levels more bearable without ruining the challenge. Unfortunately, of the 100 puzzles scattered throughout the islands, none of them are particularly unique. No new mechanics are ever introduced to spice things up or give the player something new to master. Puzzles become boring very quickly and I found myself wondering how many more I’d need to push through to get to the next narrative point. 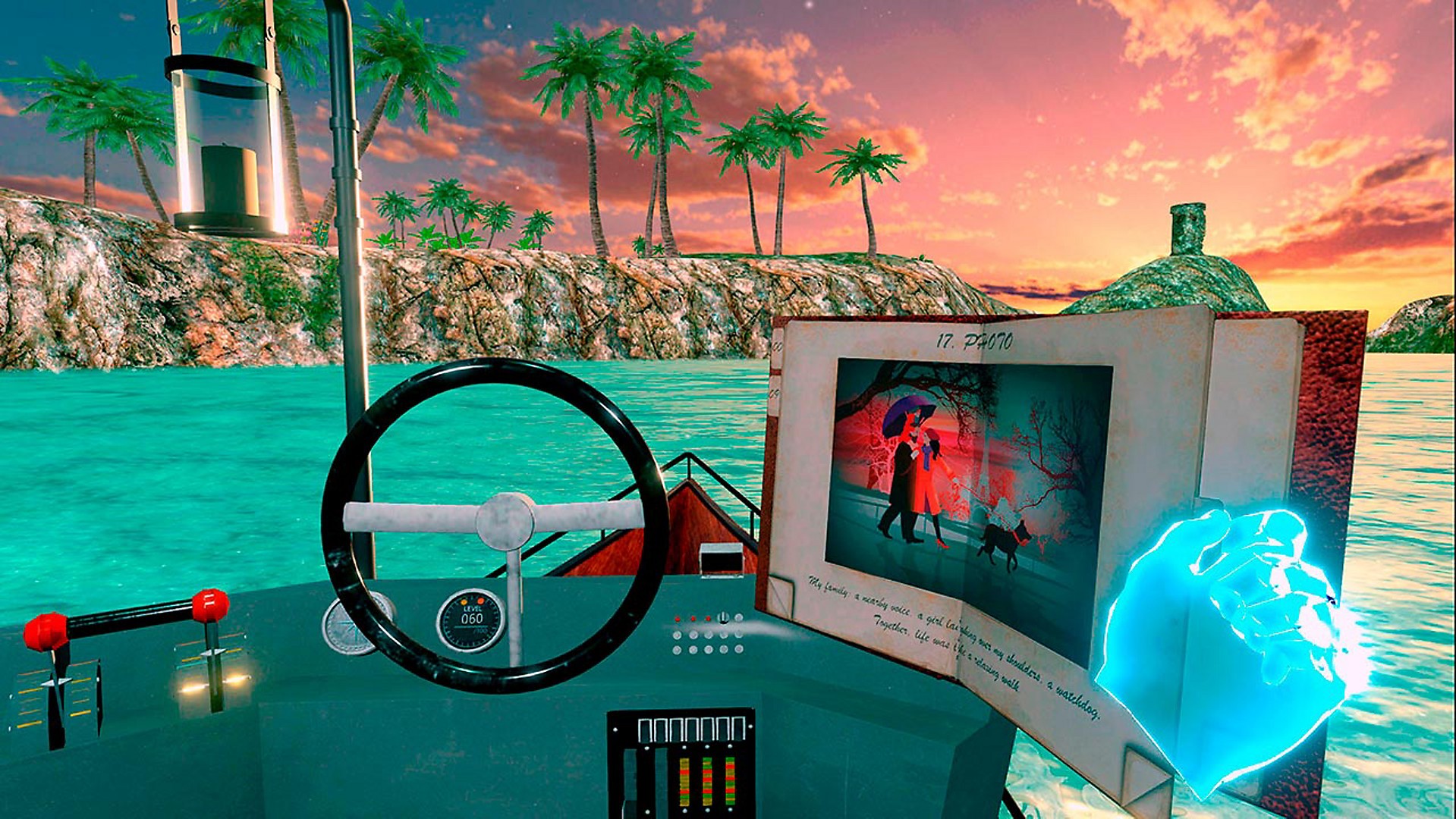 After every two or three puzzles, an unnamed, unseen narrator provides a short explanation for the image uncovered. Whatever story exists throughout Sea of Memories is unengaging and uninteresting, especially given the fact that these short explanations are the only real reward for completing puzzles. These explanations are usually vague musings about aging or life in general and, while poetic and well-written, provides no incentive to keep going. There is no mystery to uncover or objective to reach other than to reach the next puzzle.

Besides solving puzzles, you’ll spend a lot of time sailing from point A to point B. The controls are simple and easy to learn, but the sailing seems like it was added as an afterthought as the puzzles are the primary focus. Exploration becomes dull and tedious quickly as the islands have no variety to speak of. One of the islands is actually a volcano and one has a little castle on top, but other than that, every island is practically identical. It feels as if the sailing mechanics were added simply to pad out the game while the puzzles were supposed to be the main focus.

The graphics in Sea of Memories are serene, but nothing to get too excited over. The world of Sea of Memories is calm and atmospheric, but the environment consists almost entirely of water and land, neither of which look particularly nice to look at. Occasionally, completing puzzles will cause the time of day to shift or the weather to change, but otherwise, things look much the same regardless of where on the map you are. Seagulls flying overhead and tropical fish swimming beneath your boat add some much-needed life to the world, but also quickly lose their effect after seeing them so many times. 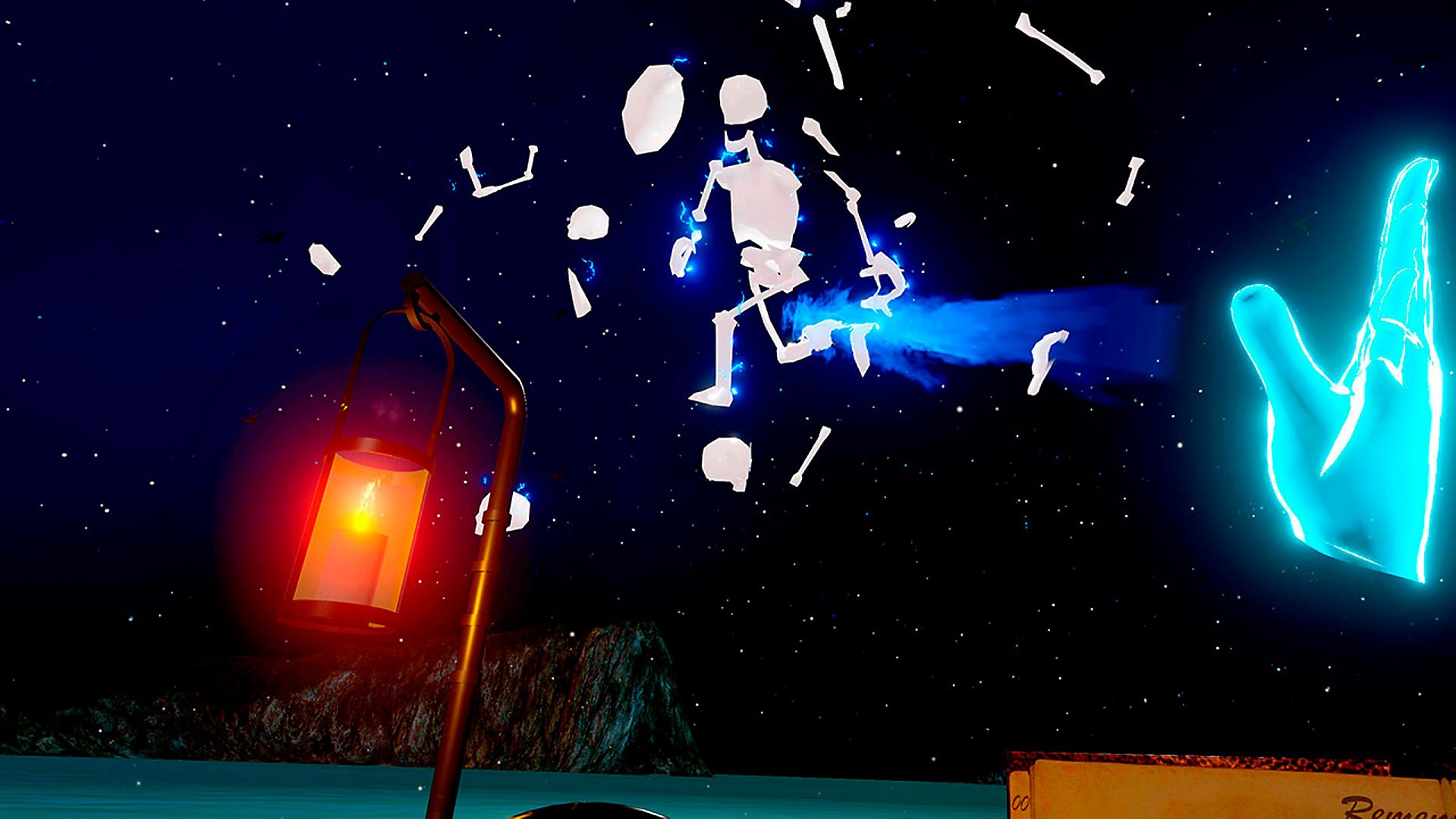 While the graphics aren’t much to gush over, the sound design is immersive and relaxing. There isn’t much music, besides what plays after you complete a puzzle, but the sound of the waves crashing around you and the birds calling from above really make the world feel alive and real. Sea of Memories really shines in this respect. It is truly relaxing to just sail around, observe some fish, and listen to the sounds of the islands before heading to the next puzzle. While there isn’t much to explore, there is something to be said about just enjoying the sights and sounds strictly for the sake of destressing and unwinding.

The best puzzle games will have you telling yourself “just on more” late into the night. They accomplish this by introducing new concepts throughout the game so as to keep the player on their toes. Puzzles are about teaching players new ways of thinking and Sea of Memories fails to do this. After the first three levels, you will have experienced everything this game has to offer, making the other 97 levels practically irrelevant.

You find yourself on a small boat in the middle of a tropical archipelago. Beside you is an empty photo album. Your only goal so far is to get to the blue pillar of light shining in the distance.