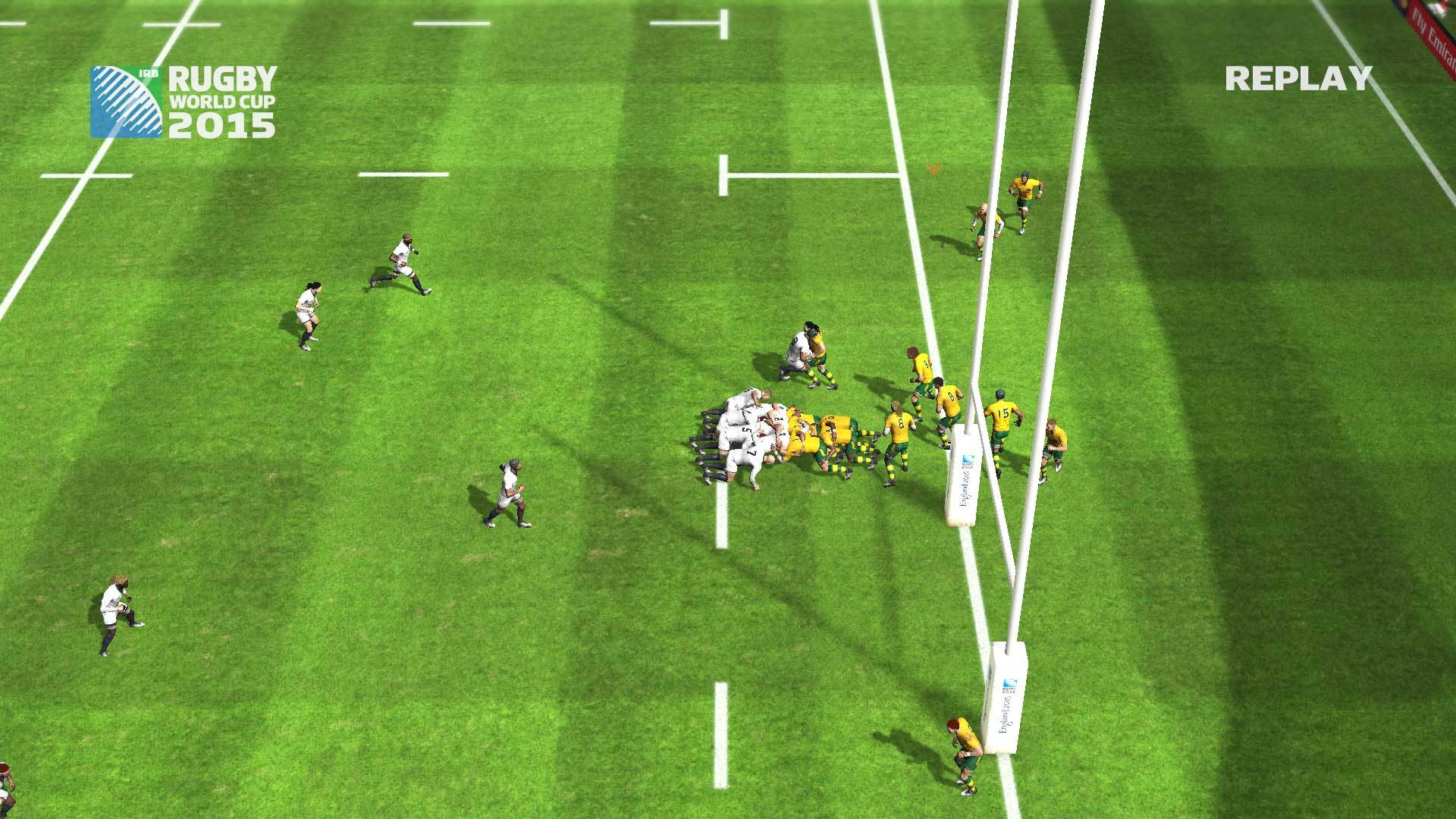 Despite a handful of half decent attempts, the last rugby video game that truly captured my imagination was Jonah Lomu Rugby for the original Playstation……the original Playstation! To put that in perspective, Jonah Lomu Rugby was released in 1997 – that’s 18 years ago. 18 years is a long time to wait for a decent game of rugby, and sadly, that wait is set to continue, as hot on the heels of the rather disastrous Rugby 15, comes the equally terrible, Rugby World Cup 2015, a game that somehow manages to be even worse than the one that preceded it just 8 months earlier.

I don’t enjoy shitting on video games, but sometimes, well, sometimes they deserve it. This game might have passed muster as a cut price, download only release (maybe), but potential punters are being asked to pay the full retail price for what is anything but a fully featured, modern-day take on the sport – people deserve to be warned. With no online multiplayer of any kind, a complete dearth of game modes, plenty of potentially game breaking glitches and unforgivably sub-par presentation, Rugby World Cup 2015 isn’t worth the price of admission for even the most desperate of rugby fans.

If you can take price out the equation, there is a modicum of fun to be had amongst the games core mechanics, but even here, the game has actually managed to go backwards in many respects since the release of Rugby 2015. The biggest hit comes in the form of the rucks that are now all but impossible to turn-over with possession almost certainly staying with the attacking team. The ball can be stolen, but it’s so rare that the majority of games descend into try-fests with the winner often decided by whoever scores closest to the full-time whistle. 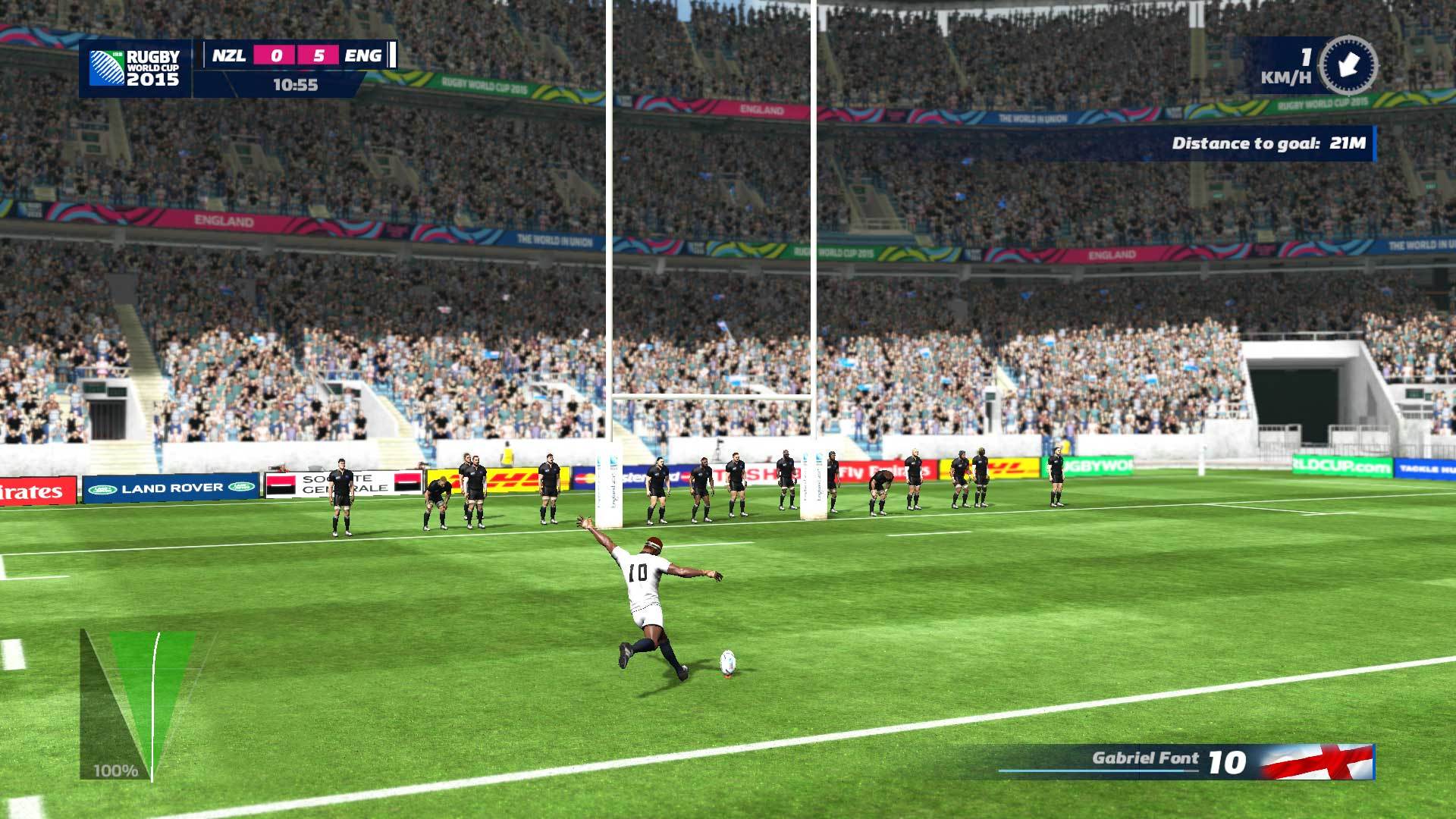 In fairness, Rugby World Cup 2015 does have its moments, and when in full flow, the game can be borderline enjoyable. Despite its many, many flaws, get the right group of friends together and there are glimpses of what this game could (and really should) have been. The passing is relatively crisp and attacking play often provides its fair share of entertainment. Problem is, if somebody is attacking, that invariably means that somebody else is defending, and with the games’ somewhat inaccurate tackling exacerbated by the difficulty in turning over the ball, defending quickly turns into an annoyingly frustrating experience.

Whether it be in attack or defence though, one universal constant is the truly horrendous AI. Attacking players are often caught offside while your fellow defenders are regularly found horribly out of position. It’s not just on the pitch either – keep an eye on the group results during tournament play and you’ll soon come across some rather questionable results. The odd shock is to be expected, but minnows turning over the rugby elite occurs far too often here and inevitably damages any sense of realism that the gameplay might have been able to muster.

There are ways to get the best out of the relatively deep but ultimately disappointing mechanics, but sadly, this is hidden behind horrible static screens and a lack of proper training options. There is a practice mode (one of only three modes available in the game), but rugby is a complex sport at the best of times, and with rugby video games being the relative rarity that they are, this game, more than most, is in dire need of proper training tools. As it stands, the whole experience is far too obtuse and far too frustrating to bother persevering with. 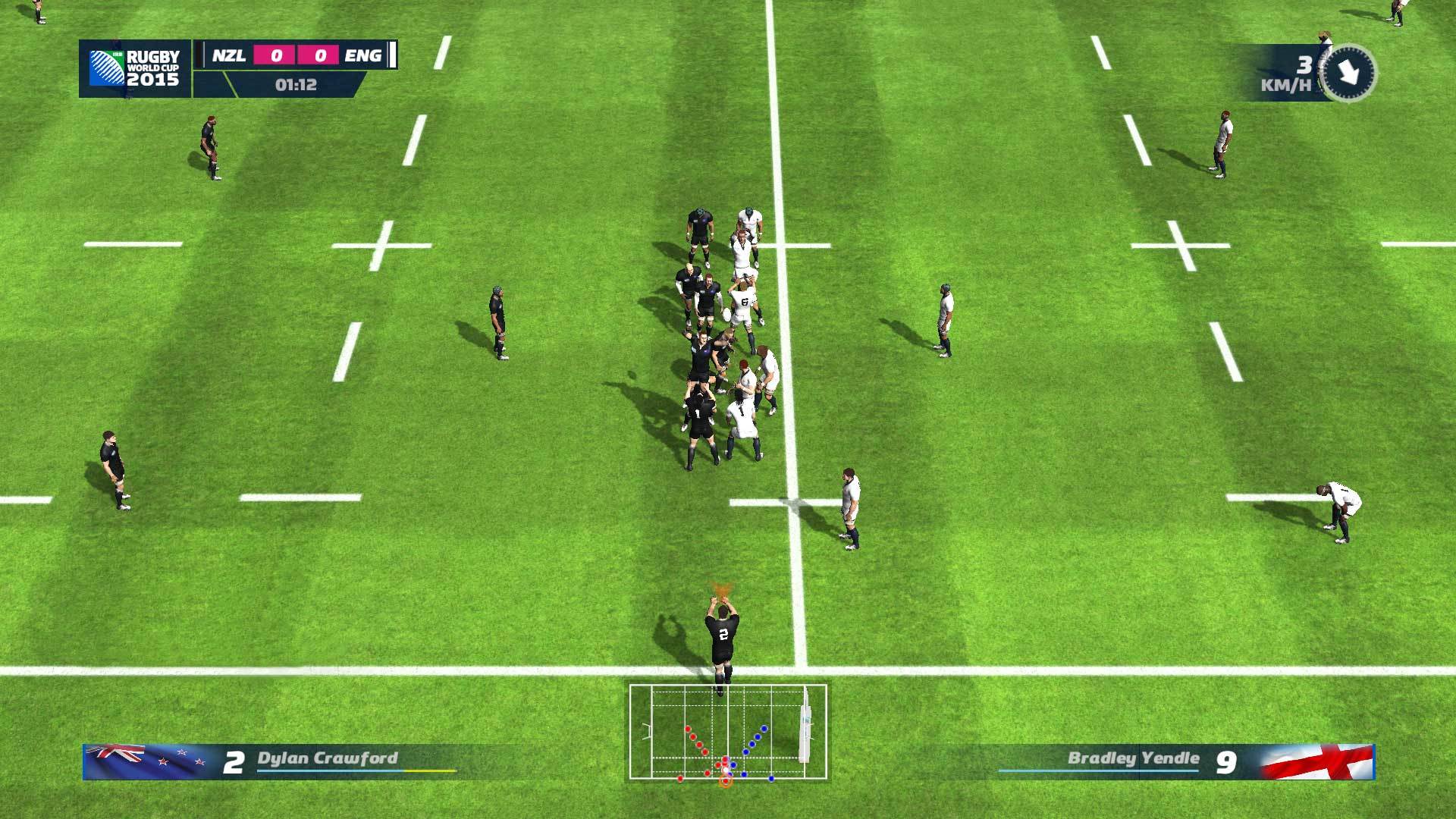 Beyond the issues with the core mechanics of the game, a wealth of glitches combine to make this one of the most fundamentally broken sports games of recent times. Usually I would suggest that a future patch might fix most of the major problems, but to my knowledge, Rugby 15 received very little in the way of post-release support, so don’t expect those horrible game crashing bugs to be removed anytime soon. The game is still playable for the most part, but when you’re paying any amount for a video game (let alone the full retail price), the least you can expect is a game that actually works.

This might have been easier to bear if the game had made better use of the Rugby World Cup license, but other than the official logo and some relatively legit looking menus, there is nothing much here to separate it from an unlicensed product.  There are only 3 stadiums in the whole game, no national anthems and, believe it or not, no trophy presentation if you win the tournament. Worst of all, despite the tournament license, many of the teams are made up of fake players (including the hosts). That would be acceptable if there was a decent edit mode (I’m used to it after years of Merseyside Red in Pro Evo), but beyond changing the players name, no others amendments can be made to the players in each squad. Also, in a bizarre turn of events, the weather conditions from the previous game have been removed, leaving only sunny and overcast conditions. That’s alright though; it never rains in England……..wait a tick.

With its solid running and passing game, Rugby World Cup 2015 isn’t completely without merit, but with so many issues, it’s all but impossible to recommend this overpriced, under-featured and often flat-out broken game of virtual rugby. With its lack of game modes, missing licenses and array of poor design choices, HB Studios’ follow up to Rugby 15 is just as disappointing as its predecessor with each step forward promptly followed by two steps back. This is not the game that rugby fans have been waiting for and it’s certainly not the one that they deserve.